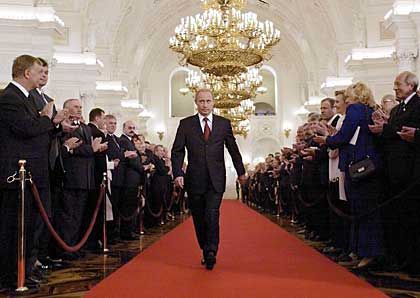 The gold chain with the czarist double eagles and the cross of St. George in medallion form is the symbol of ultimate power in Russia.

When Valery Sorkin bestowed it upon the reelected president in the Kremlin on May 7, 2004, Vladimir Putin responded with a 33-word oath. He swore "to respect and uphold the constitution of the Russian Federation."

Now, five months later, the same Valery Sorkin, Russia's highest-ranking constitutional judge, is being asked to decide whether the president has kept his word. On his desk is a letter in which 19 politicians, headed by liberal Duma member Vladimir Ryshkov, sound the alarm.

They claim the package of legislation Putin introduced in September to reform the political system "is in clear breach of the constitution" and is incompatible with the principles "of a democratic, federal state governed by the rule of law." They ask Sorkin to take action.

Russia's widely respected, highest-ranking jurist has already accused a president of breaching the constitution once before, on Sept. 21, 1993, when Boris Yeltsin ordered a law appealed that had been enacted by a Supreme Soviet not to his liking and dominated by the National Communists. At the time, Sorkin's objection cost him his job.

Yeltsin then used tanks to achieve his goal, a move that claimed the lives of at least 125 people. To this day, many still view the incident as the true beginning of the end of the young Russian democracy. The country's liberals were appalled by the fact that the West spent the next six years paying tribute to Yeltsin as a supposed champion of democracy and free enterprise.

Meanwhile, Valery Sorkin is once again Russia's senior constitutional judge. But things no longer cause as much of a stir in Russia these days. In recent surveys, 75 percent of respondents said they had little or no knowledge of Putin's current efforts to centralize power.

The changes, announced in connection with anti-terrorism programs and in the wake of the shocking tragedy in Beslan, have in fact been carefully prepared. Next Friday, the Duma will debate for the first time whether governors and presidents of the 89 Russian administrative regions are to be appointed by the president in the future, and no longer elected by the people -- a process that Putin himself rejected, as recently as Dec. 19, 2002, as being unconstitutional. 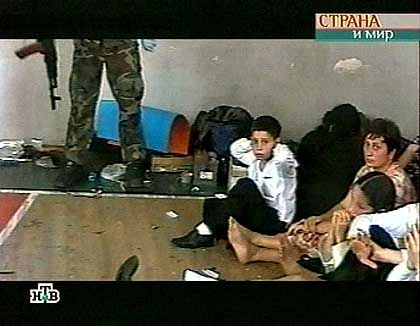 The mass kidnapping and murder of schoolchildren in Beslan may have helped Putin consolidate his power.

Under another proposed change, members of parliament would no longer enter the Duma with direct mandates, the objective being to achieve an electoral law based purely on proportional representation -- an oddity in a country in which there are hardly any established parties. As a member of parliament from the Duma's "Rodina" party concludes, "the authoritarian form of rule eliminates the last democratic hurdles."

Influential researcher Olga Kryshtanovskaya, who plays the role of Cassandra in Putin's camp, is already outlining the planned transformation of the Russian Federation into a parliamentary republic with a strong central government and a weak president. Putin, after having served two terms as president, could assume the newly strengthened position of prime minister in 2008.

Another possible option is a constitutional amendment that would allow Putin to serve as president for a third term -- a move Belarussian President Alexander Lukashenko attempted to make by referendum on Sunday and his Ukrainian counterpart, Leonid Kutshma, is rumored to have in mind by simply annulling the elections set for Oct. 31.

The necessary procedure would have to be implemented in Russia by no later than November 2006. The two-thirds majority in the Duma required to extend a term in office is already guaranteed by the United Russia party invented by the Kremlin. Even the required three-quarters majority in the Federation Council is a virtual certainty -- the upper house, still considered rebellious in the Yeltsin days, is now being packed with Kremlin flunkies.

The final hurdle would be to convince two-thirds of the provinces to agree -- an easier task when governors are appointed by the Kremlin and simply confirmed by regional parliaments. Vladislav Surkov, deputy chief of the Putin administration, recently complained that the pro-Kremlin party controls only 17 of the 89 members of the Russian Federation. However, Duma chairman and supreme Kremlin vassal Boris Gryzlov recently announced that officials from all regions are now practically standing in line to join the party.

Last week the Duma, with the votes of the pro-Kremlin party, managed to quash the incompatibility resolution between government and party offices in three sessions on a single day. More time was not needed, says Gryzlov. After all, he says, opposition proposals were bound to fail.

The specter of a return to Soviet conditions in the government, parliament and media is a common fear shared by all members of the opposition. Garri Kasparov, former world chess champion and chairman of the "2008 Committee," which is positioning itself as a liberal spearhead for the post-Putin era, talks about Stalinist tendencies. He also believes that the West, which is pumping investment money into a country with a "puppet parliament and no independent media," is partly to blame.

All of this seems to be causing little concern among the Russian people. After all, as Russia expert Astolphe de Custine noted in the 19th century: "The tyrant, dressed as a doctor, has convinced them that being healthy is not the natural state of the civilized person," and that "the greater the danger, the more violent the medicine must be." 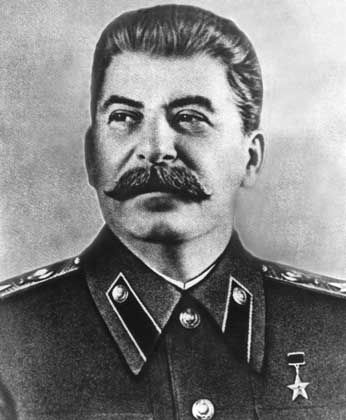 The Kremlin has long since gained control over both houses of parliament, the electronic media and, through its seven representatives, to some extent the regions. However, stubborn governors who feel more strongly committed to their local loyalties -- that is, oligarchs -- than to the Kremlin still exist. They have now become targets of attack.

The judiciary, already brought into line with the Kremlin by the fact that the country's highest-ranking judges are appointed by the president, could soon be placed on an even shorter leash. In late September, the Federation Council introduced the draft version of a law that would empower the president to install and replace judges at his discretion.

Under the plans currently on the table, half of the members of the board in charge of judicial appointments, even those to the highest court, will soon be appointed by the president, and the other half by the upper house of parliament, which the president controls. This would represent the last nail in the coffin of Russian justice, say Moscow municipal judges Olga Kudeshkina and Sergey Pashkin, both of whom have already been cited for insubordination.

If this were the case, selective administration of justice such as that which occurred in the Yukos trial could become the rule. This showpiece conglomerate in the world's second-largest oil-producing country, prosecuted by the judiciary for almost a year and a half with unprecedented persistence and one-sidedness, is now on the brink of bankruptcy, after being held liable for payment of at least $8 billion dollars in back taxes.

In the wake of the Yukos affair, the stock indices are plunging, and Minister of Economic Development and Trade German Gref foresees an exodus of capital amounting to $12 billion dollars in 2004. It may be difficult to believe, but even Putin's economic advisor, Andrey Illarionov, is concerned about the "climate of fear." He recently announced that despite all efforts to the contrary, the fight to eradicate Russia's biggest evil has been unsuccessful: "Corruption has become more pervasive, and has even advanced into new realms."

However, combating corruption was a key element of Putin's political platform. Of all things, the administration now intends to promote the rule of law and a sense of responsibility by concentrating even more power in fewer hands.

Even critics warn that Putin, beholden to an entourage of power-hungry veterans of the armed forces, could soon be in need of additional support to avoid collapsing under the weight of the power he has managed to accumulate.

The tightly controlled state now in the process of being created could become a powder keg for future generations.