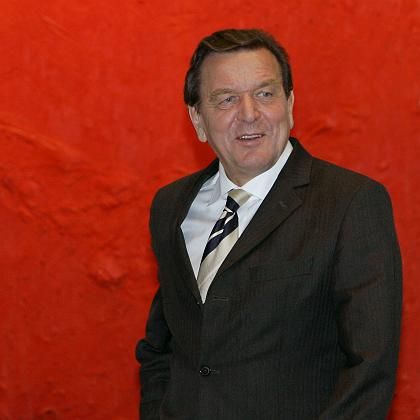 SPIEGEL: As far as foreign policy is concerned, is there anything that you would say your successor (Chancellor Angela Merkel) has accomplished that you were unable to accomplish during your chancellorship, in terms of the relationship with the United States, for example?

Schröder: No. I see a great deal of continuity in foreign policy.

SPIEGEL: The current chancellor has a closer relationship with President Bush than her predecessor did.

Schröder: Good for her.

SPIEGEL: Do you still stand by the statements you made about (Russian President Vladimir) Putin being a "flawless democrat?"

Schröder: Yes, certainly as far as his being a flawless democrat is concerned. I still feel exactly the same about that.

SPIEGEL: The underlying tone has changed now on some issues. For example, (Chancellor Angela) Merkel has addressed the human rights issue with China.

Schröder: Oh, yes! And that certainly impressed the Chinese.

SPIEGEL: You don't feel that too little was undertaken on the question of human rights during your benevolent administration?

Schröder: No. We began the dialogue with China over constitutional law. It will prove to be more effective in the medium term than all these recent statements that were basically made for the benefit of the journalists traveling with the chancellor.

SPIEGEL: Nevertheless, it does of course have something to do with the values one represents, especially in public. The critics of your closeness with Putin were not entirely wrong.

Schröder: I believe it was wrongly criticized. There was no point at which this closeness, as you call it, may have concealed different interests, for example. That isn't true.

Schröder: It's always a question of where the country is coming from and where it is headed. There is certainly a difference between being head of state in Russia or a democracy like France or Great Britain. I wouldn't go quite so far as to mention our democracy in the same context. After all, we had to learn democracy and we needed outside help to do so.

SPIEGEL: You were not particularly tactful toward America.

Schröder: On the contrary. I'm anything but an opponent of America. Otherwise, half of US society would be as well. The problem we have in Germany -- which, admittedly, is not a problem for your publication -- is that significant segments in the press defame any levelheaded criticism of the United States as anti-American. That, of course, is wrong.

SPIEGEL: You are now a member of the supervisory board of a gas pipeline company headquartered in Zug, Switzerland, which everyone knows is a tax paradise. Does this square with being a social democrat?

SPIEGEL: Your decision to play such an important role at Gazprom was met with dismay within even the highest ranks of the Social Democratic Party. Isn't a German chancellor obligated to preserve the interests of his own country for life, and not those of another country?

Schröder: Even if my answer to that question were yes -- and that would be my general feeling -- the fact is that the minute a chancellor leaves office he becomes a private citizen, especially when he is a lawyer and of an age when work is still somewhat of a necessity. In that case, he is also obligated to preserve the interests of his clients, and not only those of the state. Your ideas about a former member of the government are pre-democratic. Besides, your comment would imply that my involvement in the pipeline company is contrary to Germany's interests. The opposite is true. When seen in this light, I would in fact have expected a great deal of praise. But that was apparently expecting too much.