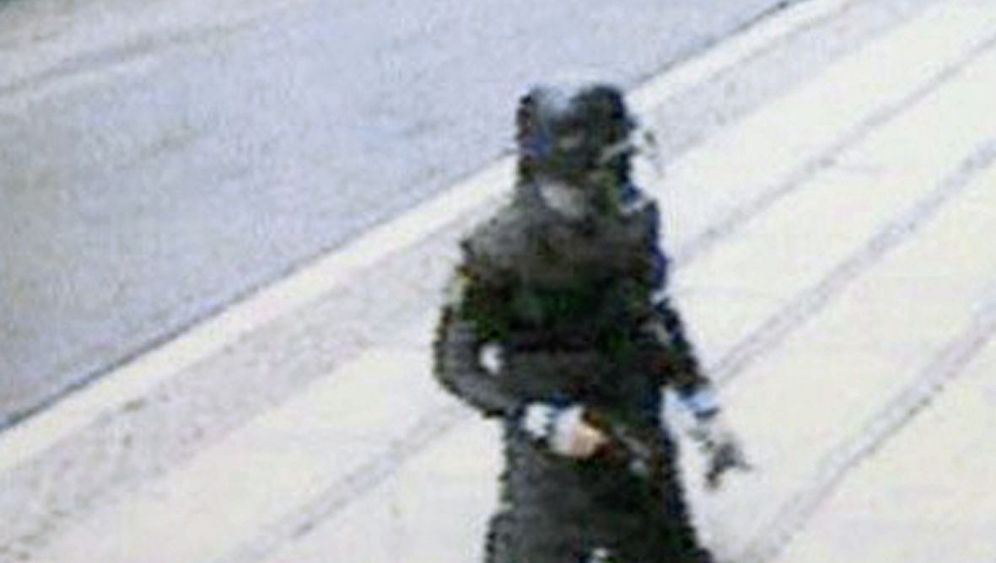 Photo Gallery: Searching for Reasons Behind the Massacre

The witness pays careful attention to his water intake, the investigator says. During questioning, Anders Behring Breivik reaches for his water bottle at regular intervals. He unscrews it, takes a small sip, glances at the digital clock on the wall -- and resumes talking.

For the investigator, Norwegian police psychologist Asbjørn Rachlew, Breivik is not just a man who murdered a large number of people. He is also -- and perhaps more importantly -- a star witness. On interrogation days, Breivik is questioned for up to 10 hours, with Rachlew watching from behind a panel of one-way glass. Even when the investigators are exhausted, Breivik merely says: "Let's keep going."

Anders Breivik killed 77 people. After detonating a bomb that devastated a section of downtown Oslo, he put on a police uniform and shot to death 69 children and adolescents on a small island in a fjord. Some of the victims' bodies were completely riddled with bullets.

Comforts for a Killer and Star Witness

Breivik has confessed to the crimes, but shown no regret. In fact, he says that he had planned to set off another bomb and kill even more people.

During the interrogations, he answers questions politely and explains things articulately. "One gets the impression," Rachlew says, "that he doesn't want to stop talking." Breivik is reportedly also well mannered.

Since his arrest on July 22, Breivik has been sitting at least once a week in one of two light-blue armchairs at a small, round table made of spruce wood. Nothing is left to chance in Room 6030 on the seventh floor of police headquarters in Oslo. The room temperature is kept at 20 degrees Celsius (68 degrees Fahrenheit), and a thermostat regulates the humidity. The armchairs do not face each other directly so that Breivik isn't forced to look his interrogator in the eyes.

"We don't want any confrontation," Rachlew says. The room is supposed to feel cozy, he adds, which explains the checkered curtains in front of the one-way glass and the wool carpet on the wall.

"We want him to talk to us and to remember things," Rachlew says, including each individual face he looked at before pulling the trigger.

All What, No Why

Breivik has already sat in this interrogation room 14 times, for more than 100 hours of questioning. The transcript of what he has said about the car bomb and his massacre on Utøya Island is 430 pages long. The content of the interrogations is secret and will serve as the basis for the trial set to begin next year.

The investigators need to form an image for themselves of Breivik and his crimes. The family members want to know how he killed their children, where they hid and whether they had to suffer for long.

"We go through each shooting with him, including all the details," Rachlew says.

But the question that remains unanswered and incomprehensible for the investigators -- as well as for the families and the rest of the world -- is why.

What makes a person act is such a cold-blooded way? How can someone go from being a somewhat disturbed proponent of an insidious conspiracy theory to a terrorist and mass murderer?

Eager to Recount the Horrors

Breivik is cooperating with the police "to our fullest satisfaction," says Christian Hatlo, almost reluctantly. He and Rachlew, the psychologist, are the only officials authorized to discuss the interrogations with others. Like Breivik and Rachlew, Hatlo is tall and blonde, and he recently became a father.

Hatlo is a lawyer involved with formulating the indictment and, like the psychologist, he is also present at almost every encounter with Breivik. Normal murderers would not be talking, Hatlo says, whereas Breivik talks for hours, adding: "It's exhausting." Breivik will only interrupt the interrogation every once in a while to smoke a cigarette or eat a hamburger, which he has his attorney order from his favorite restaurant.

According to Hatlo, Breivik explains patiently and in detail how he saw a particular girl or boy on Utøya, how he lured them out of their hiding places and how he took aim at them. He says he deliberately selected the adolescents while sparing the younger children because, as he has told investigators, they had not yet been indoctrinated by Norway's Labor Party, which he refers to as the "cultural Marxists."

Breivik wants to sit for these interrogations, and he wants everything he says to be written down and recorded.

"It's no surprise that he was so careful about not getting shot during his arrest," Rachlew says, shaking his head. Breivik is now the "rare animal in the zoo," he adds, whereas similar killers usually end up killing themselves.

Breivik told Rachlew and Hatlo that it was difficult for him to shoot the first four victims. But then the music he was listening to on headphones, "Lux Aeterna" from "Lord of the Rings," gave him a boost and made him feel euphoric. And then there were the drugs, the amphetamines. He said that he had switched "to autopilot," as he called it. But most of all, he was driven by his conviction.

Troubled by a Lack of Emotion

Again and again, Breivik tells the investigators that he is committed to waging what he calls a 60-year war, a war against the depravity of the world, and a war for Norway and Europe. One day, Breivik says, Norwegians will be grateful to him.

Of course, this is pure lunacy -- and barbarity. All of the relatively small number of people who have come into contact with Breivik since his arrest are troubled by the question of the sheer magnitude of evil they are confronting. Breivik's crime, his reaction to it and, indeed, his very existence calls their professionalism into question.

"He seems so satisfied," Rachlew says.

"He shows no emotions, no empathy," says his colleague Hatlo, noting that even when Breivik describes his actions as "horrible," it's nothing but a word to him, and one he feels no emotion when using.

Geir Lippestad became Breivik's defense attorney four days after he committed his crimes. Now, three months on, his job hasn't gotten any easier. "I have to defend him because he's my client," Lippestad says. But, as a human being, he also feels the need to distance himself from Breivik.

Lippestad sees his client three times a week during the interrogations in the police building, sometimes sitting in the room itself and sometimes behind the one-way glass.

Breivik's reactions are difficult to read even after three months, Lippestad says, adding that Breivik is never aggressive and speaks thoughtfully and with reflection. The only problem is that the things he says are simply incomprehensible. "I can't follow him," Lippestad admits.

In his search for an answer to the inconceivable question of why Breivik committed these horrific crimes, Lippestad now wants to have his client's early childhood analyzed. He has already told the newspaper Dagbladet that it was "everything but normal."

It is more than a mere defense strategy because there are indeed signs of early problems in his development. Breivik's parents -- his diplomat father and nurse mother -- were divorced when he was four and had already been separated by that time. There was a custody battle between the mother and the father, and the youth welfare office was also involved. The mother requested help to care for her son on weekends.

The youth welfare office felt that the circumstances were sufficiently alarming to warrant having a psychologist examine the child. The psychologist apparently then went on wrote two reports, in which he concluded that "the child Anders Breivik is at risk for emotional damage."

Still, Hatlo says: "Breivik told us that his childhood was completely normal." Likewise, in his so-called manifesto, the more than 1,000-page document testifying to his lunacy, he writes that he probably "had too many freedoms" and that he was just "one of those privileged children" from the affluent western part of Oslo.

Some psychologists have concluded that Breivik is trying to create the impression that he developed normally and had a normal childhood. In doing so, they explain, he is trying to portray his deliberate and calculated deed as the political beacon of hope he considers it to be, to depict his massacre as an act necessary for ensuring the continued survival of Christian civilization.

A Sudden Turn in Adolescence

What's more, there is a second turning point in Breivik's life that has yet to be fully explained. "An incident during his adolescence," Hatlo says.

After breaking off all contact with his father at 15, Breivik became increasingly withdrawn. In a 1995 entry in his school yearbook, he is described in the following way: "Anders was a member of the 'gang,' but then he suddenly stopped being friends with the others." Breivik reportedly also hit the principal on one occasion and, according to the yearbook, he often did "unpredictable, stupid things," and he yearned to have a perfect body.

It was at that time that Breivik began his rigorous fitness program, which he continued -- sometimes more and sometimes less extremely -- until the day of the massacre in July.

A school friend describes him as someone who could seem very cold and showed few emotions -- with the exception of deriving pleasure from what the friend calls his "kick." For the young Anders, the biggest kick consisted in doing things that others didn't expect him to do or that they would never have dared to do themselves.

Breivik repeatedly tried to fit somewhere to fit in, first in the hip-hop scene and then in the graffiti scene. But nothing ever came of it, investigators say.

A video of Breivik recently surfaced that was taken at a party held by Norway's right-wing Progress Party, which he was a member of for a few years. It shows him sitting alone on a sofa and looking a little pudgy, wearing oddly tinted glasses and smoking, while those around him are dancing and howling uncontrollably. When girls start taking their clothes off, he smiles sheepishly at the camera for a moment before turning away and taking a drag on his cigarette.

Looking for Other Possible Answers

Two psychiatrists are currently examining Breivik independently of the police investigation. Of the 120 individuals on the investigators' list who had a "closer relationship" with Breivik, 50 have already been interviewed. Breivik's mother, who is in psychological treatment, was questioned for 40 hours. Breivik's father has said: "Sometimes I wish he had killed himself instead of bringing so much suffering on others."

The forensic psychiatrists are also trying to determine whether there might be a neurological reason behind his brutality. For example, they will use magnetic resonance imaging (MRI) to measure whether important connections between the emotional centers in his brain are impaired. In other words, they want to know whether Breivik is even capable of perceiving an emotion such as compassion.