When Ursula von der Leyen comes in for her first day of work at Berlin's historic defense ministry, walks through its columned halls, which less than three years ago witnessed Karl-Theodor zu Guttenberg's resignation over a plagarism scandal, she will realize what she's let herself in for. It's a lot.

She will be confronted with the complexities of managing the Bundeswehr's withdrawal from Afghanistan and about planes in development that just don't get finished. She will hear about grumbling in the ministry because thousands of staff still don't know where they'll be working in future. On the corridors she'll see men in uniforms with all kinds of epaulets and sleeve badges, stars and bars in silver and gold. Even though von der Leyen has years of experience as a minister, it's a new world.

For von der Leyen, 55, it's a spectacular career leap. As the first woman to head the defense ministry she is guaranteed a lot of attention. Von der Leyen has long been seen as a possible successor to Angela Merkel. Her new appointment allows her to edge one step closer to the chancellor.

Von der Leyen is taking over a ministry renowned for its complexity. A grand overhaul of Germany's armed forces is currently being implemented. Von der Leyen will be the third minister to have to deal with this reform process. In a highly complex reorganization program, the total number of troops is to be reduced to 185,000, and bases will be closed or merged. Many soldiers are still unsure where they are to be based in future. The 'Bundeswehrverband,' a body representing soldiers' interests, regularly carries out job satisfaction surveys among troops, and the results of future polls may well be unpleasant.

"I'm looking forward to it but I also have to say I'm very aware of what a challenge I'm about to face," she said in a television interview on Monday. She only learned of her new job in a meeting with Merkel last Thursday. "I took a deep breath," she said.

The many intransparent arms procurement projects her ministry is currently involved with are particularly risky territory. Von der Leyen's predecessor, Thomas de Maizière, learned the hard way how a minister's personal image can suffer under poorly managed projects. The failed "Euro Hawk" drone project will likely be associated with de Maizière's name for a long time to come.

Von der Leyen will have to gain a detailed overview of possible problems quickly. Four projects are likely to cause her the most difficulty:

• A400M: The new transport plane for the Bundeswehr is scheduled to go into service next year. But for that to happen, technical licensing problems need to be solved.

• "Eurofighter": The Bundeswhr wats the latest generation of the fighter jets, but the current stock needs to be sold off before that can happen. The only problem is that no one wants to buy them. Von der Leyen must decide what to do.

• "Euro Hawk": After the failure of the reconnaissance drone project the Bundeswehr needs an alternative to provide aerial reconnaissance.

Among all these risks the defense portfolio also offers a significant opportunity for former Labor Minister von der Leyen. Next year will see the official end of Germany's combat mission in Afghanistan. The minister can capitalize on the end of the first major military deployment since the end of World War II. If the German forces manage an orderly withdrawal from Afghanistan and handle the transition well then it will be von der Leyen's success.

Von der Leyen has plenty of political instinct and is unlikely to allow the pathos of such an event to pass by unused. 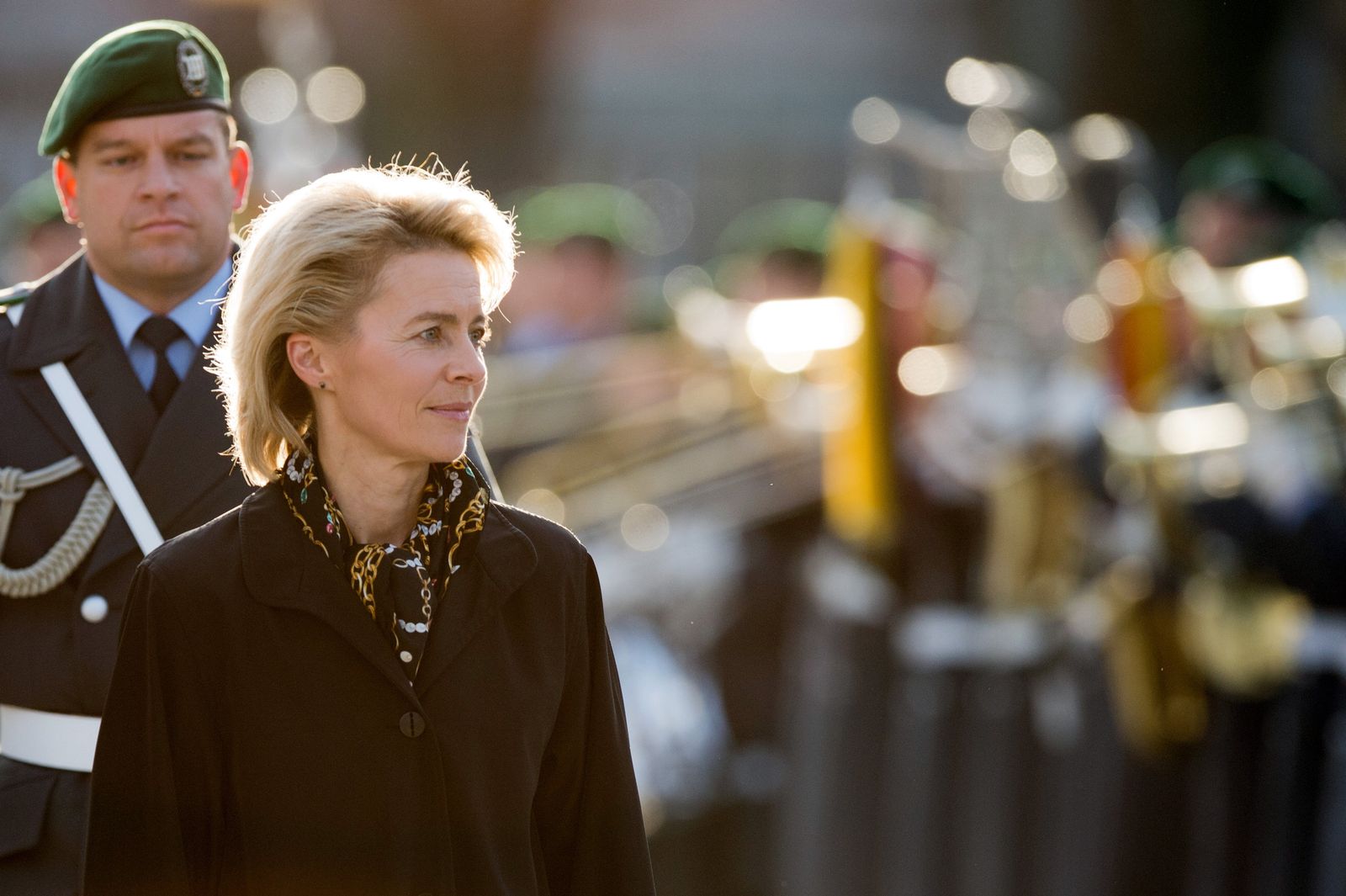