It is early afternoon at Internet Treffpunkt, a convenience store in Kreuzberg, a neighborhood in Berlin that is home to many Turks and other minorities. Hedi Dashti, the store's proprietor, is busy. One customer hands over her parcel to send through his DHL counter. Another customer buys cigarettes. The door swings open, ushering in the blustery winter wind, and a third customer waves hello.

Dashti -- an immigrant from Iraq who fled to Germany 20 years ago with his family -- speaks to customers in English, German and his mother tongue, Kurdish. He has adjusted to life in Germany and made German friends, while also maintaining his religious identity: Dashti is a practicing Muslim, abstains from eating pork and observes Friday prayers.

And despite occasionally feeling like an outsider, he really wishes he had German citizenship. ''We are not really Germans, but Germany is our country,'' Dashti said.

It is a dilemma shared by many of Germany's approximately four million Muslims. And a new survey supports the widespread feeling of dislocation that many of them feel.

Released in Berlin on Monday, the Open Society Institute's report entitled "Muslims in Europe: A Report on 11 EU Cities" paints a familiar picture of stunted integration among the some 15 to 20 million Muslims living in the European Union. The number is expected to double by 2025. Two German cities, Berlin and Hamburg, are among the cities the report focused on.

It's findings are far from encouraging. The report says that unemployment is twice the national average for Turkish nationals in Germany, and that 28 percent of Turks reported discrimination when looking for work. Twenty-three percent said they encountered it at work.

In particular, "things are getting worse for veiled women" in Germany, according to one survey respondent, referring to the headscarf, which is widely prevalent in Germany. The report points out that women wearing headscarves are vulnerable to discrimination on the job. Wearing religious symbols such as the headscarf is banned in certain German government jobs, but women said the attitude has spilled over into the private sector. Some women in the study also said wearing headscarves prevented them from participating in all areas of work, or from securing apprenticeships or internships at all.

The report also focused on education, and again found Germany wanting. Survey respondents reported a culture of low aspirations and discouragement by schoolteachers grounded in assumptions and stereotypes about students based on their religious or cultural backgrounds. The report cited improving access to education, particularly at a young age, as critical with German language knowledge prior to entering school seen as a key.

''Unless you get that right, you are going to have problems,'' Nazia Hussain, director of the project, told SPIEGEL ONLINE.

The study's findings correspond with a number of similar surveys undertaken in Germany and Europe in recent years. A Jan. 2009 study conducted by the Berlin-based Institute for Population and Development found that Turkish immigrants in particular are faring badly, with many struggling to integrate even if they come from families which arrived in Germany generations ago. A 2009 study by the Bertelsmann Foundation found that failed integration was costing Germany up to €16 billion per year.

Much of the problem is rooted in a German society that has yet to come to grips with having become a favored destination for immigrants. While the Open Society Report points out that citizenship in adopted nations is essential to building social cohesion, many immigrants in Germany do not have German passports. Indeed, even children of immigrant families born in Germany are not automatically granted citizenship.

As a result, immigrants in Germany -- even those who have achieved citizenship -- often feel excluded, the study found.

Such attitudes are not surprising, says Dr. Ruth Mandel, whose 2008 book, "Cosmopolitan Anxieties: Turkish Challenges to Citizenship and Belonging in Germany," largely focuses on Turks in Berlin. Even if German laws allow immigrant children born in Germany to apply for citizenship, German society as a whole may not consider them German. ''It will take the German masses quite a while to accept it,'' Mandel says

Still, Dashti says from behind his counter, things could be worse. ''Germany -- as the Kurdish people say -- is safe from war. It is in Europe. Every immigrant thinks Europe and America is great.''

But then again, things could be so much better. 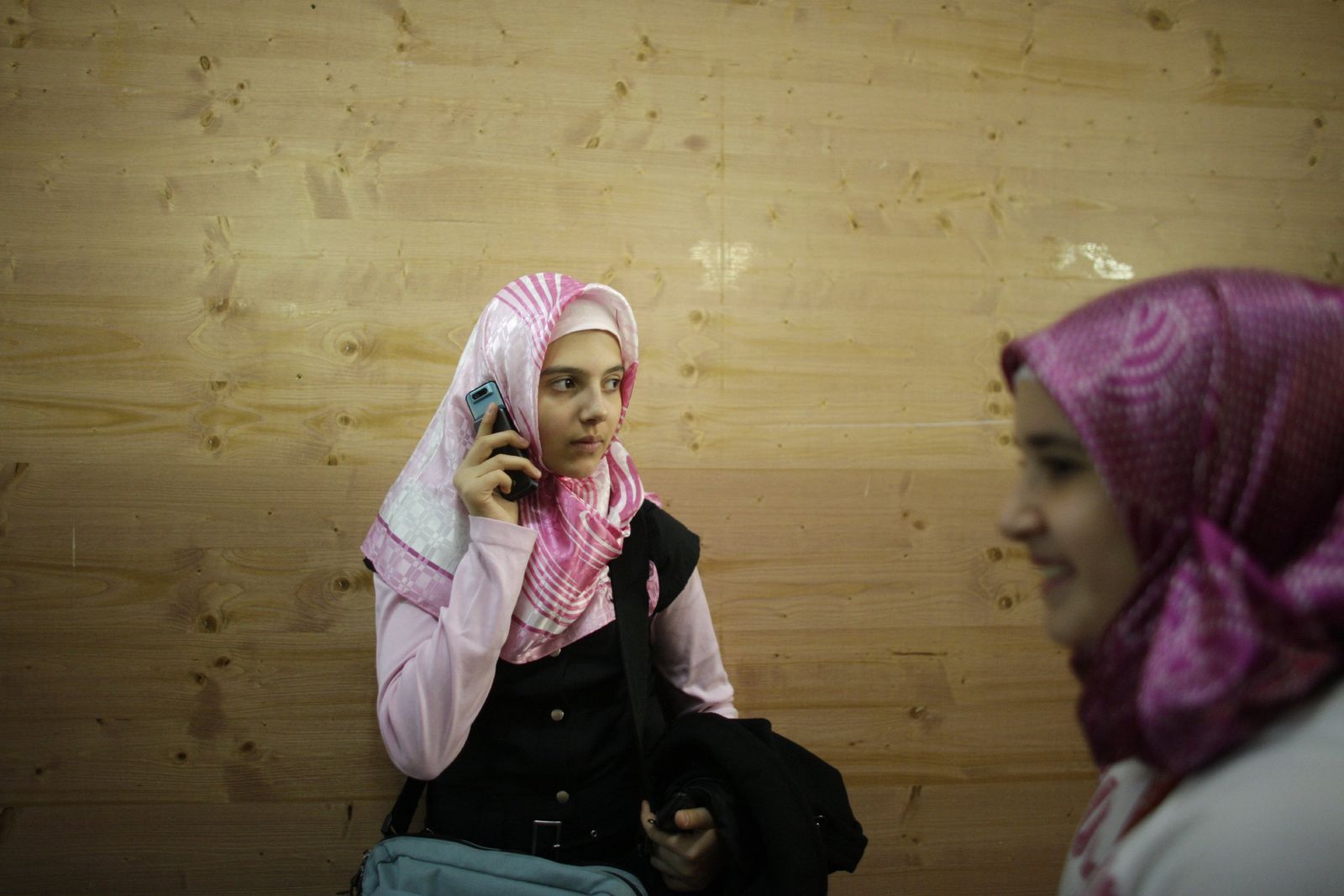 Many women in Germany who wear the headscarf say they experience barriers to employment, according to a new survey published by the Open Society Institute.