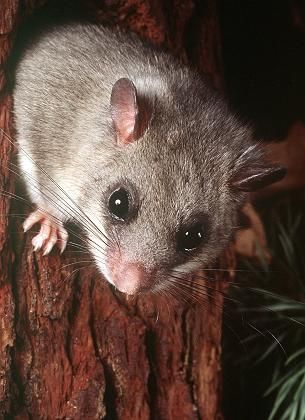 In winter, the edible doormouse sporadically awakes from its hibernation in order to prevent brain damage.

The Hopi Indians call it Hölchoko: "the sleeping one." During winter the tiny animal, weighing in at a paltry 50 grams, spends up to 25 days in a row in rock fissures or underneath cactuses. Its body temperature, normally hovering at just below a toasty 40°C (104°F), can drop to less than 5°C (41°F) during icy nights in the desert.

Only when the spring sun provides sufficient warmth and insects begin to move about does Phalaenopitlus nuttallii, the common poorwill, emerge from its winter sleep and take off into the air. The tiny bird, a native of the California and Arizona deserts, is uniquely adapted to life on an economy setting. The phenomenon is known as winter sleep, or hibernation, and it was long viewed as the exclusive domain of the marmot, the bear and the dormouse, mammals that sleep away about half the year.

But new observations prove that not only mammals, but also birds are capable of shutting their metabolisms to minimal levels. In addition to the common poorwill, birds such as the European nightjar, the common swift and the tawny frogmouth, which is native to Australia, repeatedly fall into a standby mode that can last anywhere from a few hours to weeks.

Biologists have also been forced to revise a few other age-old assumptions about what was thought to be winter sleep. "What we used to call winter sleep or winter rigidity appears to be a general reaction by many animals in stressful situations," says Walter Arnold of the Research Institute for the Study of Wild Animals and Ecology at the University of Vienna. Gerhard Heldmaier, a physiologist at Germany's University of Marburg, agrees: "Winter sleep is far more common than previously assumed, and by no means limited to winter or to mammals."

A lack of food or water, and not cold temperatures, say the scientists, is usually what prompts animals to retreat into energy savings mode.

Tropical long-tongued nectar bats and hummingbirds, for example, become rigid when they encounter a scarcity of flowers containing nectar. Lemurs on Madagascar hibernate during the dry season, while California ground squirrels go to sleep during the heat of summer.

Even deer and the primeval Przewalski's horse can switch their metabolism to economy mode. Walter Arnold implanted sensors into these animals and studied them. The temperature in the flanks of deer can drop to 15°C (59°F), and researchers even recorded temperatures as low as 3°C (37°F) in the animals' extremities. "Our legs would freeze immediately," says Arnold. But a lack of blood flow is valuable to the animals, because it results in a drastic reduction in energy consumption.

"The ability to reduce metabolism is so widespread among vertebrates that it is most likely a very old, phylogenetic mechanism," says Heldmaier. Fritz Geiser of the University of New England in Armidale, Australia, takes the theory even further. He believes that a central dogma of biology could soon fall by the wayside: "It is quite possible that a constant body temperature is far less common in mammals and birds than previously assumed."


Researchers have compiled fascinating data on the icy records reached by hibernating animals. In Heldmaier's laboratory in Marburg, for example, the Russian dwarf hamster from southern Siberia doze away in what is known as daytime sleep lethargy, a state of rigidity lasting only a few hours. Nearby, marmots cuddle together in a cold refrigerated space, their bodies cooled to 8°C (46°F). Each of these hibernating animals, their heart rates dropping to two or three beats per minute, requires no more energy than a luminous diode to stay alive. The secret behind this energy savings mode in animals is called shutdown. "Metabolism is in large part shut down," says Heldmaier, adding that small animals can reduce their energy requirements by up to 98 percent by engaging in such behavior. Genetic sequences are no longer decoded in their cell nuclei, proteins are no longer synthesized and entire reaction chains are essentially frozen.

The immune system also practically ceases to operate. Changes in the brain are especially radical when compared with the brains of animals in their awake states.

According to Heldmaier, "there is no longer any visible brain activity on the EEG" -- a state that defines brain death in humans. Blood flow is reduced by up to 90 percent in the brains of these frigid sleepers, with only those areas of the brain stem required for survival remaining active.

The boundries of life and death

Nature has pushed the boundaries between life and death practically to the point of absurdity. The extremist among winter sleepers is the Arctic ground squirrel. When winter begins in northern Alaska, the animal burrows underground, rolls itself into a ball and becomes rigid. Despite ground temperatures as low as -18°C (0°F), the animal survives. Despite the fact that the squirrel stabilizes its body temperature at -2°C (28°F), its blood does not freeze.

Biologist Brian Barnes of the University of Alaska at Fairbanks calls this ability "supercooling." The body's fluids are held in a "meta-stable state." Miraculously, sharp-edged ice crystals, which could destroy body tissue, do not form. But the animal is doomed if its delicate equilibrium is disturbed. According to Barnes, merely touching a toe is enough to shock-freeze the squirrel.

The cold-blooded animal awakens from its near-death experience every 10 to 21 days. Its body warms up and, for a few hours, the Arctic ground squirrel takes a break from its temporary state of virtual death.

Almost all hibernating animals go through these wake-up phases, during which they consume 90 percent of stored energy reserves. These periodic cold starts continue to puzzle researchers. Do the animals need a toilet break? Do their immune systems need time to clean out the body?

A different theory now seems more likely: The animals wake up to avoid brain damage. Viennese zoologist Eva Millesi trained goats to walk through a labyrinth and reach treats by moving a lever. The researcher then sent half of the trained goats into a refrigerated chamber for several months of hibernation. The other half remained awake.

The astonishing outcome of the experiment showed that the hibernation group of goats was no longer capable of performing the tasks it had learned, whereas the goats that remained awake passed the test with flying colors.

"Apparently, cooling down the brain for extended periods of time creates the risk of breakdowns," says Heldmaier, "and that's why it has to be warmed up periodically."

A study by biologist Kathrin Dausmann, a member of Heldmaier's research group, confirms this theory. Dausmann, now at the University of Hamburg, studied southern dwarf lemurs on Madagascar. During the April-to-October dry season, the possum-like lemurs seem to disappear from the face of the earth. Dausmann concluded that the animals hibernate, but at daytime temperatures in excess of 30°C (86°F). But even more interesting is the fact that they dispense with the wakeup phases of animals hibernating in cold climates -- because temperatures are warm enough for their dozing brains.

"The body temperature of the sleeping animals fluctuates with the air temperature in their winter quarters," says Dausmann. "If their bodies warm up to more than 35°C (95°F) every few days, they don't wake up." In other words, it's high temperatures that enable the southern dwarf lemur to continue hibernating.

Dausmann now plans to study other lemurs on Madagascar to examine a theory that is currently galvanizing researchers. Lemurs are primates, the group of mammals that also includes humans. "There is no clear reason," says zoologist Arnold, why the seasonal urge to feel drowsy shouldn't be part of the human genetic makeup.

"We know that small children tend to survive cold shocks more successfully than adults," says Arnold, "and this ability appears to be even more pronounced in young people."

Researchers are also discovering other remarkable parallels between humans and hibernating animals. Thomas Arendt of the Paul Flechsig Institute for Brain Research in Leipzig studied the brains of hibernating ground squirrels. Astonishingly, says Arendt, "we were able to find modified proteins in the animals' brain cells that were similar to proteins in the brains of Alzheimer's patients." Nerve endings, he adds, also degenerate in similar ways in hibernating animals.

Why the brains of animals hibernating in winter show no signs of damage when they wake up, whereas Alzheimer's patients continue to deteriorate, is one of the questions Arendt plans to investigate in the future. His research is also intended to help develop new therapies for dementia.

In addition to their potential impact on medicine, hibernating animals' energy saving tricks have inspired scientists to entertain spectacular visions. For example, they hope to use the findings to drastically prolong the amount of time donated human organs can be stored. In the future, astronauts could even accomplish voyages to faraway worlds while hibernating. "NASA and the European Space Agency launched a research program into the issue some time ago," reports Heldmaier.

However, the zoologist also warns against undue expectations. "All of this is still basic research." The technology, he adds, is worthless without precise knowledge of the mechanisms involved. "Naturally, memory loss would be unacceptable for a voyage to Mars."