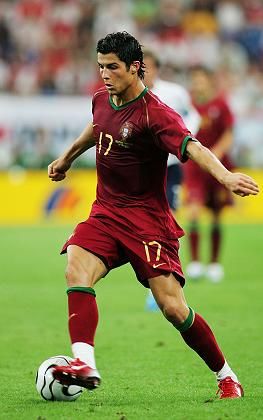 Portugal's Cristiano Ronaldo shows some of his fancy moves.

It's possible to love Portugal's young star winger Cristiano Ronaldo. It is -- even if it's probably easier to hate him.

And, of course, you can hate Ronaldo for his mouth. After Portugal's match against England, where he's currently public enemy number one, he ran up to the referee to urge for his Manchester United teammate Wayne Rooney to be sent off.

But now looking back at the level of play during this World Cup, you can also love Ronaldo. His dribbling, his drive towards the goal, his will to make a difference and simply be noticed enriched the tournament. In the end, you can love him for the opportunity of having someone to hate.

Love him or hate him, Cristiano Ronaldo leaves few people cold. When he's got the ball, fans either cheer him or boo him. He isn't boring, and during this World Cup, it was enough to make a lasting impression. It was a tournament of two separate levels: On the pitch, the matches were often quite dull. But amid the crowds across the country at countless fan parties, there was an atmosphere of pure excitement. Both levels seemed to be largely decoupled from one another during the past month. The masses entertained themselves and the games frequently were reduced to merely being the reason to join the public party.

Play dictated by fear of losing

In Germany during the summer of 2006, the heart of football was beating more in the stands than on the pitch. The game drowned in the sweat-drenched fear of both the players and coaches. They didn't want to lose and so they often did little to win.

The German side of coach Jürgen Klinsmann certainly showed heart, as did the storming Ivory Coast team. Italy's coach Marcello Lippi had enough heart in the semi-final against Germany to substitute in two strikers for a total of four in the waning minutes of the match -- it would prove to be enough to book a ticket to the final. But looking at the entire tournament, precious few players managed to make an impact.

In the end, it was the tournament of the watchmen -- the guardians against goals. The defensive midfielders like Germany's Torsten Frings and France's Patrick Vieira and Italy's Andrea Pirlo were the World Cup's most important players.

Pirlo was crucial to Italy's victory over Germany. During the semi-final he shut down the German attack. He challenged the strikers and had a calming affect on his side. As soon as Italy regained possession, he switched to offense -- pushing forward, setting up plays, making crosses. Like a ghost, he seemed to be everywhere and nowhere during the match.

Frings, Vieira and his team colleague Claude Makelele put in similar displays to Pirlo. They did a little bit of everything. They were constantly running and dominated play without standing out. Their main job was security -- not spectacle. Rather than play the role of flashy star, they stay true to their more reserved natures.

They are respected, but hardly idolized. It's not their names that are on the backs of countless fan jerseys. That's reserved for the likes of Francesco Totti, Cristiano Ronaldo and Brazil's Ronaldinho -- players known for their flair. 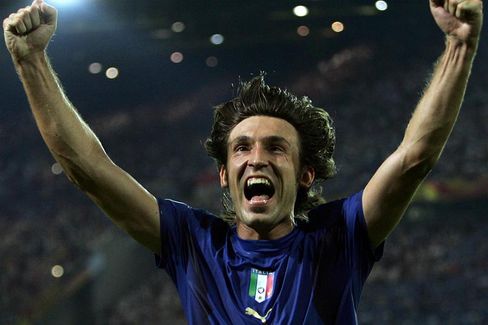 The watchmen are as equally great, but they also present a problem. Football shaped by them isn't about creating fantastic moments -- it's about stopping them. The security of their side takes precedence over all else. That's partly what made so many World Cup matches this year so dull and what made the hunger for Ronaldo's style-over-substance play so great. He helped create moments of love and hate. The dominance of defensive soccer has ensured he'll have a grand future. We'll need him to break the boredom.

He's the kind of player who's constantly inflating the role of showy aspects of football. Ronaldo has fancy shoes, he spends a lot of time on his hair. He's part of a group of men who is transforming the sport into a kind of fashion show on the pitch. Of course, he's certainly not alone. England's David Beckham and countless others are masters of these dark arts.

And they fit perfectly with this World Cup's tendency to be a huge party of self-created images -- whether in the stadiums, public viewing areas or victory parties. Despite only managing third place, Germany celebrated itself and its team like a world champion on Sunday only hours before the real final. Cristiano Ronaldo and his ilk are merely players of the age.

In the semi-final against France, the young Portuguese star met a man from another age: Zinedine Zidane. During the match, the retiring French midfielder maestro ran in front of Ronaldo, without fouling him. The 34-year-old Zidane has enchanted millions of football fans during his career with a show on the pitch that didn't want to be showy. He was elegance incarnate like few others in the sport, even if he didn't always play magically this tournament. 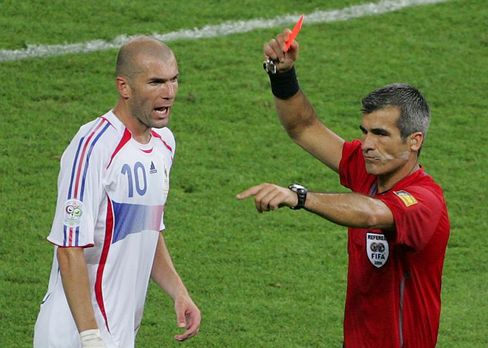 Whereas Ronaldo often played for himself, Zindane seemingly played for his team. But Zidane's shocking sending-off during the final on Sunday for head-butting an Italian player only proves that he too is not immune from football's prevailing zeitgeist.

Instead of retiring from the game with dignity and grace, the grand Zizou received a red card for a display of utter selfishness. Regardless whether provoked or not, the experienced French captain had to know that his action would almost certainly doom the hopes of his side. And so, the shy man who seemed to never want to draw attention to himself ended his career by doing just that in ignominious fashion.

Despite that Zidane was still named the most valuable player of the 2006 World Cup. Knowing he was never to step on the pitch ever again, journalists awarded him the Golden Ball narrowly ahead of Italian skipper Fabio Cannavaro.