A fierce debate continued to rage in Germany's online community on Friday over a court ruling that forced the closure of Wikipedia's German language Web site for nearly two days this week. In a country where the most-publicized free speech cases surround right-wing or Nazi speech, it was an entry about an obscure German hacker that took the world's biggest encyclopedia offline. 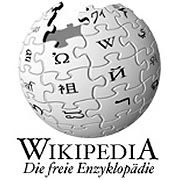 Wikipedia Germany is back online, but it still faces a legal challege from the parents of a deceased hacker.

The legal challenge, which began in December, peaked on Jan. 17 when a Berlin administrative court ordered the shutdown of Wikipedia.de and any redirects that took users to Wikipedia's mother site in the United States. The court had threatened Wikipedia's German parent organization with a €250,000 fine and executives with up to six months in prison if it didn't abide by the court order.

Germans could still surf the content on the US parent site, but they couldn't get to it through the Wikipedia.de address that Internet history buffs here have hardwired into their memory. With over 343,000 articles, the public domain encyclopedia's German-language community is its second largest after English and has surpassed popular commercial publisher Brockhaus as the source most Germans go to when they need to freshen up on the invention of the wheel, the Neanderthal man or Ghandi.

Following a brief court-ordered hiatus, Wikipedia.de began serving its eager readers again on Friday after attorneys petitioned the court on behalf of the organization to have the injunction lifted and paid a small fine to temporarily circumvent it. Now, the site has posted a notice about the case and has restored its link to the US parent site, where all the German articles can be found. But a lengthy legal battle is expected to follow and Wikipedia isn't out of the woods yet. Still, the move has sparked public outcry in the Internet community, where Webloggers en masse have started a campaign to publish the young hacker's full name on their sites in order to make it harder for the court to force Wikipedia to change the encyclopedia entry.

The temporary injunction came after the parents of a German hacker sued the site for naming their son in an online encyclopedia entry. The hacker, who goes by the name of "Tron," was famous in the German hacker scene for his hacks, which included decrypting Pay TV and telephone cards and for developing plans for an encrypted telephone. After his death in 1999, articles and books were written about the man, whose real name is Boris F., and conspiracy theories began to brew that the hacker was murdered.

Six years after his mysterious death -- which was officially ruled as suicide -- a major debate has broken out over "Tron's" privacy rights. Most German newspapers and Internet sites only include the initial of a person's last name when reporting court cases or murders -- unless the person is a public figure. The legal gray area in this case is whether or not the fact that more than 700 Google links, numerous media reports and books give Boris F.'s full last name makes him a public figure.

For the parents of Boris F., it doesn't, and the entry in the world's encyclopedia was one painful step too far. The couple took their case to a Berlin court and petitioned to have a temporary injunction placed against Wikipedia.de until the legal issues can be resolved. At least one prominent German hacker, Andy Müller-Maguhn, a member of the popular Chaos Computer Club, has stepped up in support of the parents' petition.

Ultimately, however, the case is legally ambiguous -- legal responsibility for the German-language content on Wikipedia is held by its American parent organization, which is based in St. Petersberg, Florida. Links from Wikipedia.de are all referred to de.Wikipedia.org on the main American Wikipedia site. And even the Berlin court has conceded that it may not have the legal authority to force the American site to remove the reference to Boris F.'s real name, which can be found on the US site. US privacy laws are far looser than those in Germany and would not allow restrictions to be placed on the publication of a deceased person's full name.

One of the main questions the case raises is this: Can or should normal German media law be applied to an organic, volunteer site like Wikipedia? The site is non-commercial and has even had its share of accuracy problems, but for millions it has become an indispensable source of high-quality research. If the German court rules that normal media law should apply to Wikipedia, it could set an encumbering legal precedent for the volunteer initiative. Until now, Wikipedia has largely been left alone in the legal realm and its volunteers have been given a wide berth in their postings.

German Wikipedia volunteers believe they have a strong case. As a well-known figure and a person whose name has been widely published in articles, Wikipedia believes that Boris F. is a figure of contemporary history and his name, can therefore be published in full.

The controversial article about Tron first went online in May 2005. Within just a few days, a forceful debate began amongst the article's many authors over whether or not Boris F. should be named. Without any quick resolution in sight, the authors set up online arbitration so that a debate could be carried out over the merits of naming Boris F. or withholding it.

"Using initials to identify a person whose last name can be found through links is no privacy protection," one user opined. And Mathias Schindler, the former chairman of Wikimedia Deutschland told SPIEGEL ONLINE that one could easily find Tron's true identity. "We link to a number of sites that include his full name."

"As hard as this may sound," wrote another user in the arbitration forum, "we're creating a serious encyclopedia here and we have to follow basic principles. And we shouldn't make any exceptions because of personal sensitivities."

However, the parents of Boris F. and their hacker supporter Müller-Maguhn would contest that point. "The public interest in Tron's person is indisputable," Müller-Maguhn said. "But this is really about the right to anonymity."