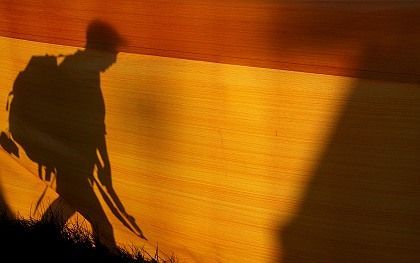 Israeli troops are beginning to withdraw from southern Lebanon.

The cease-fire in the Middle East may be holding, but the flurry of diplomacy at the United Nations has only accelerated this week as the world body tries to put together a force to augment the 15,000 Lebanese troops now moving into southern Lebanon. With the Israeli army pulling out of the region -- and Lebanese refugees rapidly returning -- fears of a power vacuum have provided a sense of urgency ahead of a meeting on Thursday aimed at securing concrete troop pledges for a UN force.

But even though a number of countries have voiced interest in providing troops, it may not be so simple. The cease-fire resolution passed by the Security Council last Friday does not outline what kind of mandate a UN force in southern Lebanon might be equipped with. And many countries have said they are reluctant to pledge troops before such a mandate exists.

"It's a chicken and an egg thing," Jan Fischer, deputy director of the UN's regional office in Brussels, told SPIEGEL ONLINE on Wednesday. "Before there are troops, it's hard to come up with a mandate. If you get well-trained, well-equipped troops, you can tweak the mandate in the direction of strength because they will be able to carry it out. Less well-trained troops can't carry out a robust mandate."

The UN hopes to eventually assemble a force of 15,000 troops to assist the Lebanese force in enforcing the cease-fire, and aims at sending some 3,500 troops within the next week to 10 days. France has indicated its willingness to send a sizable force, as have Italy, Spain, Malaysia and Indonesia. Both the US and the European Union are hoping that Turkey will contribute as well. A number of other mostly European countries have also voiced interest in helping out, but none have made official pledges. German politicians continued their wrangling over the issue on Tuesday and Wednesday.

The UN troops would supplement the current force -- the United Nations Interim Force in Lebanon or UNIFIL -- which has been in southern Lebanon since 1978 and is led by France. Ahead of Thursday's meeting, many anticipate that France will continue overall leadership of the UNIFIL force which has 2,000 troops at present.

France, though, which has already sent a team to southern Lebanon to evaluate the state of infrastructure there and to determine how best to assist the Lebanese military, wants the UN to develop a concept for what exactly a more robust UNIFIL would be expected to do. One important question is that of when and how much firepower can be used. Until now, UNIFIL has largely played an observer role and has been unable to prevent Hezbollah activity in southern Lebanon. During the fighting between Israel and Hezbollah, an Israeli bombardment of a UNIFIL base killed six UN soldiers.

Another important question is what to do about disarming Hezbollah, as called for by a September 2004 UN resolution and by last week's cease-fire resolution. The aim of the Lebanese and UN troop deployments is to create a buffer zone on Israel's northern border free of Hezbollah fighters. But so far, nobody seems terribly interested in actually forcing the militants to hand over their weapons.

Lebanon's Defense Minister Elias Murr on Tuesday indicated that his country would not take on that difficult job. "The army is not going to the south to strip the Hezbollah of its weapons and do the work that Israel did not," he said according to the New York Times.A number of countries weighing participation in an enlarged UNIFIL, including France, have likewise made it clear that they will not disarm Hezbollah fighters. Even US Secretary of State Condoleezza Rice questioned whether the UN should take on that responsibility.

"I don't think there is an expectation that this force is going to physically disarm Hezbollah," Rice said in an interview with USA Today. "You have to have a plan, first of all, for the disarmament of a militia, and then the hope is that some people lay down their arms voluntarily."

Hezbollah, however, sees itself as the winner of the war with Israel. Indeed, the group has taken the lead in rebuilding efforts in southern Lebanon, going door to door to ask returning residents what they need and trying to pave the way for a return to normal life. "Completing the victory," Hezbollah leader Sheikh Hassan Nasrallah said on Monday, "can come with reconstruction."

It could take up to a year for the United Nations to establish a full, 15,000-troop force in southern Lebanon, Fischer said. And he also pointed out that, if things go well, the full number may end up not being necessary. With Israel beginning its withdrawal, however, a rapid deployment is necessary. The Lebanese army was scheduled to begin moving south across the Litani River, 30 kilometers north of the Israel border, on Thursday.