People may have been warning of global warming for decades, but it seems that the political establishment has only woken up to the dangers of climate change in the last few weeks, after a sobering United Nations report on the likely consequences. 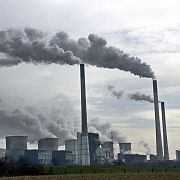 German chancellor Angela Merkel, who currently holds the European Union's rotating six-month presidency, is in the front line in calls for action on climate change. She issued yet another wake-up call on Wednesday evening. "It is not five minutes to midnight," Merkel, who has made action on climate change one of the priorities of her EU presidency, said on German television. "It's five past midnight."

The German leader is meeting with the other 26 leaders of the bloc in Brussels Thursday and Friday to discuss which measures to take. On the table is a proposal for a 20-percent reduction in greenhouse gas emissions by 2020 as compared to 1990 levels.

Typically, EU leaders are divided over how to achieve those goals, with national interests playing a large role in the strategies advocated. And within Germany itself, resentment is growing over what is seen as other countries taking advantage of Germany's ecological conscience to place the burden of cuts on the country.

Germany's commentators were equally divided Thursday over the best approach.

"A confusing race has broken out among German politicians, who are competing to see who can deliver the highest costs to their voters. ... What the new EU members cannot achieve (and the old members don't want), because they are striving for growth and prosperity, the Germans are taking on their shoulders as an additional burden. ...

"The Europeans are caught in a trap. Without the Chinese, Indians and Americans, they won't be able to save the world's climate. If they try to do it nevertheless, through excessive voluntary commitments, then they will damage their economic basis -- which, however, creates the material preconditions for environmental protection. ...

"Every politician is happy to talk about the over 100,000 jobs which have been created in Germany through renewable energy. What nobody likes to mention is how many tens of thousands of jobs have been lost or moved to China or Eastern Europe due to overly-expensive energy costs."

"In recent weeks the chancellor has put climate protection high up on the European priority list. Since then a right old competition has broken out in Berlin, Brussels and the other EU capitals to see who can suggest the most ambitious climate protection goals, the strictest bans and the biggest changes in behavior ahead of the summit.

"One has to seriously doubt that the general enthusiasm for climate protection among European leaders is credible, sustainable or productive. Until now it has had to do mostly with the current political fashion ... The memory of other pompous EU and G8 statements of recent years creates pessimism that very much will come out of the current attempt. ... There is little which leads one to believe that the chancellor and her 26 colleagues will achieve more in Brussels than whipping up a lot of summit hot air."

"If the (C02 reduction) targets are meant seriously, then life in Europe will change considerably. We will drive smaller cars, build different houses, pay higher energy prices and very probably lose some industries. ... But if the predicted results of climate change turn out to be true, then the price of continuing to do nothing will be far higher.

"Global warming is a creeping, long-term danger. Politicians, however, think in the short term -- at best until the next election. The EU's supposed pioneering role in climate protection is hence for the time being nothing more than a declaration of intent. The majority of its members have turned down binding requirements. And the decisive question of which country will bear which load will be completely ignored at the summit. Otherwise the EU would fail to even agree on general climate protection targets. ...

"Despite (all the difficulties), the EU is taking the right course, politically and economically. Politically, because it is increasing the moral pressure for a new climate treaty after the Kyoto protocol expires. Economically, because having a technological headstart with regard to climate-friendly energy will pay off for Europe."

"Climate change puts humanity in a situation it has never experienced before. Within 20 years, the way we live and run our economies will have to change radically. ... Politics has to move just as fast as global warming. But objections are made against taking action. That is human, but it doesn't make any sense. ...

"It is still always claimed that too much ecology costs jobs. That isn't true when it comes down to it, but it does give the fight against ecological progress a veneer of the existential. My job in a moral duel with the climate catastrophe -- that is justifiable. My weekend trip to Barcelona, my strawberries in winter -- that doesn't cut it against the extinction of polar bears, the demise of Bangladesh or starving Africans. That is undignified. The issue of whether Europeans should lead the way (in climate protection) is not a pure ecological or economic question -- it is a question of our self-respect."