On Tuesday, the European Court of Justice issued a landmark ruling denying patent rights for stem cell research from embryos if they are destroyed in the process.

The case involved a method devised by Oliver Brüstle of Germany's University of Bonn for turning human embryonic stem cells into nerve cells. Brüstle filed a patent for the technique in 1997, which was then challenged by Greenpeace.

In its ruling, the European Court of Justice allowed for patents on the use of human embryos for therapeutic and diagnostic purposes applied to the embryos themselves, but not on their use for scientific research.

In Germany, which has strict provisions on embryonic stem cell research, some federal officials and interest groups welcomed the ruling, while scientists and researchers warned that it could cause future leading scientists to emigrate to the United States and Asia, where their work can be patented, and that it deals a blow to existing research methods.

Brüstle, for his part, said the decision "means a stigmatization of the entire branch of research. In principle, it is not about the concrete patents, but sends a broader signal that what you are doing is immoral."

But the federal research minister in Germany, Annette Schavan, of Chancellor Angela Merkel's Christian Democrats (CDU), said the ruling was "an important orientation for the application of scientific work." She told the daily newspaper Rheinischen Post that the court, with its judgment, had made clear "that scientific interests do not come before human life."

Greenpeace, which challenged the original patent, agreed. Christoph Then, Greenpeace's patent advisor, told SPIEGEL ONLINE that humans should be protected from commercial exploitation in "all phases of their development."

"That also applies to embryos in petri dishes," Then said.

The decision was also welcomed by the president of the German Medical Association, Frank Ulrich Montgomery, who said it protected life from commercial interests. Instead, research with adult stem cells and umbilical stem cells is ethically acceptable, Montgomery said.

Dr. Jürgen Hescheler, the director of the Institute for Neurophysiology at the University of Cologne, who conducts stem cell research, said Tuesday on German television that he feared the decision would have a negative effect on the future of scientific research in Germany. The danger exists, he said, that investment will be shelved and experts will move abroad. In recent years it has already become noticeable that many young researchers are deciding to pursue their careers elsewhere, he said.

German commentators weigh in on the issue Wednesday.

"The European Court of Justice decided that research with stem cells gained from human embryos cannot be patented. Does that mean the end of embryonic stem cell research?"

"Hardly. The ruling only makes stem cell research in Europe a little more difficult, and it prevents money from being earned by those who research with cells that could have become a person. One can welcome that development, just as Greenpeace and Christian groups, among others, have already done."

"But those who have already cleared the high hurdles for applying here for the ethically controversial research, will still be able to do their research. The laws concerning this are clear, in Germany, especially, which has one of the strictest embryo protection laws in the world. Before a lab gets permission to do this research, it must convince the Robert Koch Institute and its ethics commission for stem cell research about the value of its project. So one can ask oneself, if it is right to cut off the supply of money for these mostly very responsible and ethical researchers, who can do good work with their research? Because patents are really about money."

"This ruling is unsettling in its firmness, and it will likely set some applied stem cell research projects back years. It will also possibly make dozens of already issued patents in European countries vulnerable, and lead young researchers to seriously think about focusing their attention on other projects."

"But this judgment is also right. It is a strict interpretation of European law, even if some consider it to be a moral drumbeat."

"Tuesday's ruling does not prohibit research on and with embryonic stem cells, nor that connected to concrete therapies. The judges in Luxembourg only refused to expand the protection of the legal system of proceedings that had already been decided on by the European Parliament and a Patent Council. It was high time that clarity was delivered here. The appropriate EU directives on the protection of biotechnological research have been in place for a long time."

"Nevertheless, the decision was also a matter of conscience or a question of good morals. The judges had to ponder the ambiguous meaning of human dignity versus the much more tangible promise of biotechnology, for example, therapies for incurable illnesses."

"We have agreed not to use human corpses for purposes that are lucrative, efficient or pragmatic. These are the societal boundaries in which scientists, companies and investors operate. One could complain that goes against research, note the resulting competitive disadvantages, and threaten an exodus. Or one can accept it and work within the boundaries to which we have agreed."

"Will European stem cell researchers now emigrate en masse to the United States or China? Will they find the cures for illnesses like Alzheimers -- for which we will one day have to buy expensive medicines from companies there? That is what many fear, after the European Court of Justice so strictly interpreted patent law by ruling that research methods that bring damage to an embryo cannot be patented in Europe."

"But whether or not that noticeably affects science remains to be seen. In the end, it was not a ban on research, but on patents. A thirst for knowledge doesn't require the incentive of a patent. And when less money flows from companies, then the countries have to expand their own basic research programs, if it is really that important."

"Long established democracies like Great Britain are much more tolerant of research with human cells than Germany. With yesterday's ruling of the European Court of Justice, the German reasoning clearly won out." 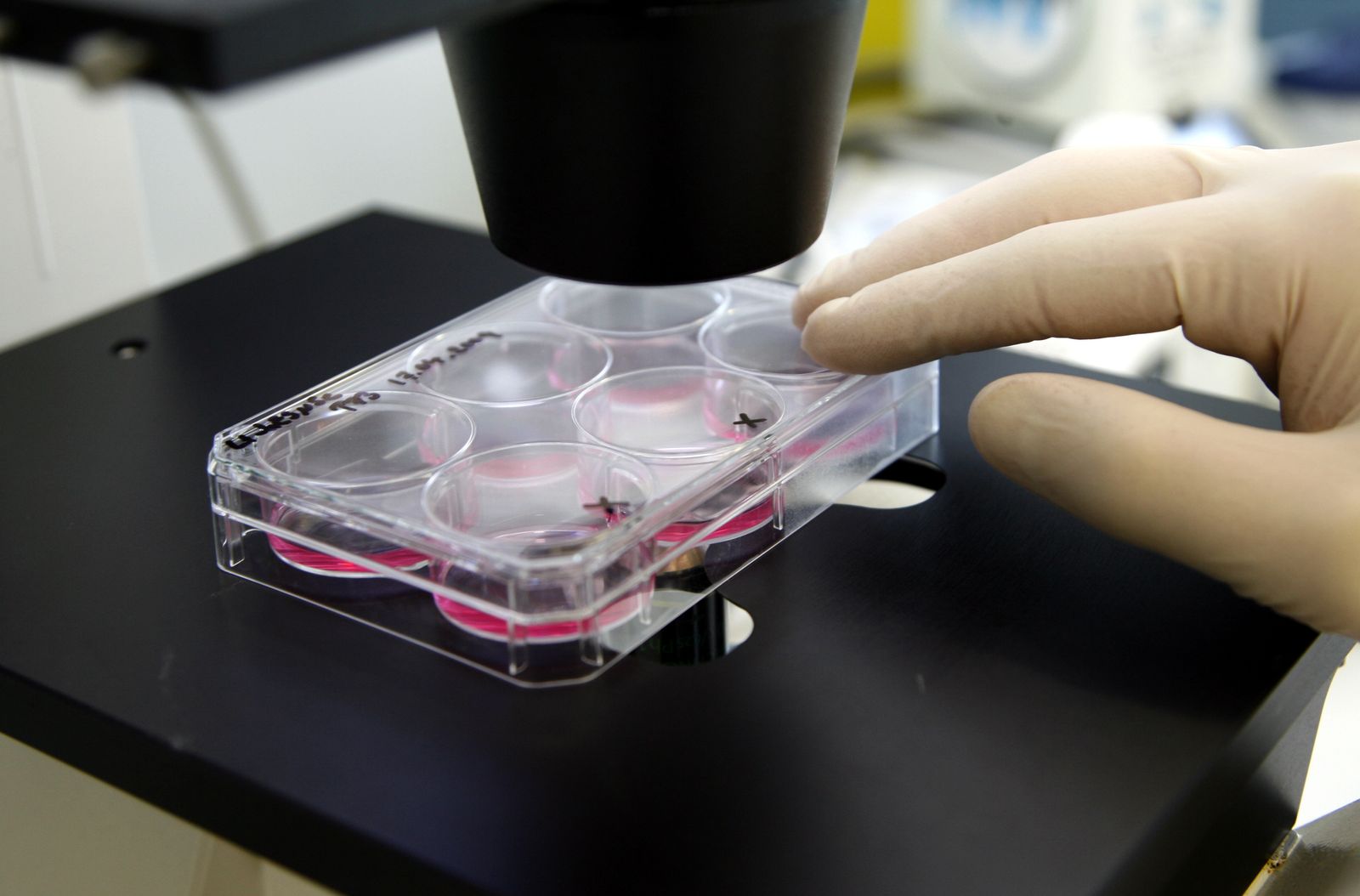 Embryonic stem cells are researched at the Institute of Reconstructive Neurobiology at the University of Bonn.