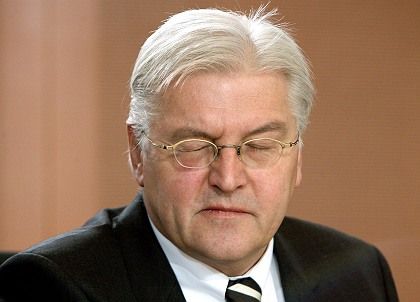 All this talk about German elite soldiers torturing Turkish citizens in US military bases is giving German Foreign Minister Frank-Walter Steinmeier a headache.

For German-born Turkish citizen Murat Kurnaz, a visit to Pakistan several weeks after the Sept. 11, 2001 attacks led to an almost five year ordeal. Suspected of being a member of the Taliban, Kurnaz was abducted and held in US prison camps in Afghanistan and Guantánamo. He was eventually released in August of last year, following extensive negotiations between the United States and Germany.

Kurnaz says he was isolated for months in addition to being beaten, hung from the ceiling and sexually humiliated. He also insists he was abused not just by US forces but also by by members of Germany's elite Special Forces (KSK) when he was being held in a US prison camp in Afghanistan.

Now German Foreign Minister Frank-Walter Steinmeier, who was chief of staff to former Chancellor Gerhard Schröder when Kurnaz was abducted, is facing tough questions in the German parliament, the Bundestag, which is formally investigating the events. Documents currently being examined by the Bundestag suggest the German Foreign Ministry rejected an early offer by the United States to release Kurnaz.

Last week, Steinmeier defended his role in the case by insisting Kurnaz represented a possible threat to German security interests . This week, German papers continue to debate the question of Steinmeier's responsibility, focusing especially on how criticism of Steinmeier from the ranks of Germany's two Christian Democrat Parties (CDU and CSU) is putting a strain on their governing coalition with the Social Democrats (SPD), of whom Steinmeier is a member.

"The SPD ought also to appreciate that the criticism formulated by the Christian Democrats has been quite reserved until now. The CDU and the CSU have distanced themselves from the foreign minister, but they haven't indulged in the usual formulas used to insult political enemies."

Conservative daily Die Welt complains about the shallowness and irresponsibility of the debate surrounding Steinmeier. "These days it sometimes seems as if Sept. 11, 2001 belonged to a distant era that no longer poses a challenge to politicians, even though Hollywood may still be interested in it. The frantic and sterile backroom exchanges of Bundestag members deal with ever more pointless questions. Norbert Röttgen, the leader of the Christian Democrat parliamentary faction, had to explain 10 times his use of the word 'fairness' to characterize the Bundestag's behavior towards Steinmeier."

People aren't interested in that kind of hair-splitting, the paper insists. "They want to know whether or not Steinmeier fulfilled his obligation to protect them, whether it's true an innocent person had to suffer, and perhaps also whether the last German government's criticism of Guantánamo was earnest. The rest is a self-referential circus act that sees newspapers, TV stations and wire services competing for who has fished about for the hottest sources and who has managed to prompt from whom the most biting attack on a political enemy or, better still, a fellow party member."

The paper then launches into a defense of Steinmeier. "In 2001, just a few months after the attack on the World Trade Center, Murat Kurnaz was on the road with his friend Selcuk Bilgin, whose parents say he wanted to become a militant jihadist in Afghanistan. It may well be true that Kurnaz was just a fool looking for God, a red-haired Turk who wasn't even accepted as a true Muslim in Pakistan  If Kurnaz had just wanted to pray, he could have done it here in Germany. He obviously wanted a little action too. That doesn't justify torture. But expecting the German government to apologize for not demanding the return of a Turkish citizen with this kind of attitude seems a bit exaggerated."