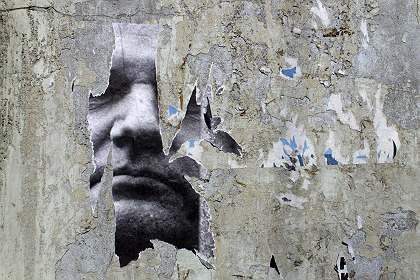 In Serbia, very little is said of Slobodan Milosevic in the public debate, but his presence will loom large over the country, even after his death.

The death of Serbian despot Slobodan Milosevic under mysterious circumstances dominates newspapers across Germany on Monday. Guards found Milosevic, who was being tried for war crimes at The Hague, dead in his prison cell on Saturday. A autopsy later found that the former Yugoslav president, whom stood accused by a UN court of ordering genocide and ethnic cleansing, died of a heart attack. However, coroners could not determine the specific cause of the heart attack and further tests were being carried out.

When the new Serbian government extradicted Milosevic to the Netherlands in 2001, he became the first leader of a country in history to be tried for war crimes at an international court. The United Nations' chief prosecutor believes Milosevic served as the instigator of the greatest crimes against humanity committed in Europe since the end of World War II. From 1992 to 1999, hundreds of thousands of people were killed in the former Yugoslavia in wars between ethnic factions including Orthodox Serbs, Catholic Croats, Bosnian Muslims and Albanian Kosovars.

His untimely death, which came months before a verdict could be reached, casts a cloud over the international war crimes tribunal. The UN is seeking to bring justice and reconciliation to the Balkans through trials of high-level politicians and military personnel who ordered and carried out killings like those at Srebrenica. On Monday, German newspapers relive unpleasant memories of the man many believe to have been Europe's worst tyrant in modern memory.

Unfortunately, the center-left Süddeutsche Zeitung writes, epochs in the history books are often attributed to rogues like Slobodan Milosevic. During his rule in the 1990s, "a man fought his way to power who looked to the past rather than the future. Just as Europe was experiencing a post-communist rebirth, the Balkan wars reminded the continent of its all-too-violent past -- thus making Milosevic Yugoslavia's grave digger and Europe's nemesis." At the time of his rise, Tito's Yugoslavia was already crumbling, and people sought their cure through ethnic nationalism. The Slovenes, Croats, Bosnian Muslims and Albanian Kosovars may not have been any less nationalistic than the Serbians, but it was Milosevic who fanned the flames that turned into a firestorm. "Blame for the four wars that happened between 1992 and 1999," the paper writes, "must therefore be attributed to Milosevic." Hundreds of thousands of deaths, millions of displaced and billions in damages. Today, freedom in the Balkans is ensured by tens of thousands of soldiers who must remain for the foreseeable future. Justice and reconciliation was supposed to be the job of the UN war crimes tribunal. "When Milosevic was extradited by his own people in 2001, it looked like that could be achieved successfully," the paper concludes, "but Milosevic's death has left this project uncertain."

The Berlin daily Der Tagesspiegel notes that an ugly spirit of nationalism among the Serbian population helped catapult Milosevic to power. "The fact that tabloids in Serbia are now printing headlines like 'They murdered him,'" the paper opines, "proves how little an awareness for justice, transparency, past guilt and democratic reform has permeated Serbian society." It may be possible, as some observers fear, that Slobodan Milosevic poisoned himself so that the tribunal would be blamed for his death. "That would be fitting of his personality," the paper concludes. "It would be his final coup and it would be done in the spirit of the conspiracy theories of his followers."

The center-right Frankfurter Allgemeine Zeitung also picks up on this riff. The paper notes that Milosevic's trial didn't receive much public attention in Serbia, which the commentator argues is a reflection of the country's inability to face its past. "Milosevic may only have played a minor role in public debates," the paper writes, "but his shadow always loomed over the country." The paper concludes that it will be left up to Serbian Prime Minister Vojislav Kostunica to confront Milosevic's legacy: the lingering nationalism of those Serbs who "have not understood the meaning of the 20th century and want to keep their country from moving forward." The prime minister, the paper concludes, "must confront these groups and the death of Milosevic is an opportunity to do so."

The Financial Times Deutschland suggests that history will be kinder to The Hague tribunal than many commentators are now suggesting. "The trial remains unfinished," writes the paper, "but it is not a failure." The UN tribunal showed that despite difficulties in the beginning, it is capable of managing proceedings like this. Many had previously ruled out the possibility of catching the spiritual father of the monstrous crimes in Bosnia. "But when history classes look back at the Milosevic trial in 10 or 20 years, the primary focus won't be that the trial was interrupted. It will be that it even took place, before the eyes of the world. That is what's most important."

Au contraire, argues the leftist Die Tageszeitung. "Despite the denials of chief prosecutor Carla del Ponte, the UN Tribunal in the Hague is responsible for the fact that no verdict was reached before his death," the paper argues. "The trial dragged on for four years. So long, in fact, that Milosevic even succeeded in turning the trial into a stage from which he could spread his own propaganda. After the chaotic selection of witnesses, it became difficult to identify any prosecutorial strategy in the trial." Milosevic, who chose to defend himself, used every opportunity to delay the trial. "Nevertheless," the paper writes, "testimony from witnesses proved the guilt of the accused. In summer, he had to assume that he would be sentenced to life in prison. But his death will now prevent his conviction." 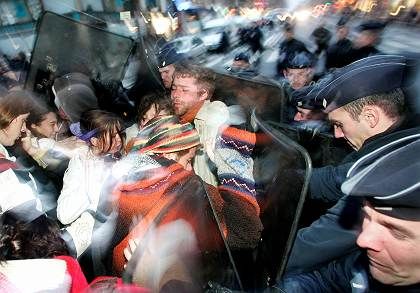 On Saturday, police in France stormed the Sorbonne university for the first time since the student protests of May 1968. For three days, students had taken to the barricades over a plan by French Prime Minister Dominique de Villepin to implement legislation that would loosen French labor law and make it easier for companies to fire younger employees. In France, 21.7 percent of adults under the age of 25 are unemployed. De Villepin has said he hopes the legislation will make it more attractive for companies  to hire young people in the knowledge that they would not be forced to retain workers under 26. But the students see the law as a threat to their future careers and they turned out in force at protests held at half of France's more than 80 universities. The riots, which have thrown de Villepin into a political crisis, have been compared to the student movement of 1968 and the more recent riots that shook the suburbs of Paris last November.

On Sunday, de Villepin said he would apply the law, which was controversially rushed through the lower house of parliament without the normal amount of debate. But he also stated he would seek to negotiate with unions to build in protections -- an effort aimed at assuaging the fears of protestors. Still, hundreds of thousands have been angered by the legislation, and the de Villepin's unflinching political stance could dampen his prospects as a candidate for president in next year's election. On Monday, German papers assess the damage the prime minister has done to his political prospects.

The Süddeutsche Zeitung argues that "what is at stake for de Villepin is his own future." In an editorial, the paper writes that the angry reaction to de Villepin's employment legislation signals that his hopes of becoming president have become unrealistic. "De Villepin made a mistake by forcing the controversial law through parliament without discussing it with those most concerned by it" -- the students and trade unionists, the paper writes. "Risking everything a year before elections is certainly proof of courage," the op-ed concludes, "but it may also mean losing everything."

Die Tageszeitung also takes the position that the new French student movement marks a "turning point in French domestic politics." The paper argues that presidential elections have already begun to overshadow every political decision, and that Villepin has done himself no favors by choosing to introduce the new employment law by decree. "De Villepin's decision is not unconstitutional, but it betrays his lack of respect for parliament," the paper opines. Behind the prime minister's tactical blunder, the commentator adds, there are broader issues that concern not just France, but other European countries as well. "The protests in France address a phenomenon that is spreading throughout the entire European Union," the paper concludes, "the legally organized dismantlement of the social safety net for employees during a time of record profits."

The Frankfurter Allgemeine Zeitung claims that the French student protests should be seen as a "warning" and a "wake-up call" to those in Germany who believe that unemployment and university reform are separate issues. The newspaper's editorialist describes the violence in Paris as the "desperate outbreak of a younger generation that feels superfluous." The commentator argues that avoiding such outbreaks in Germany will require strengthening the country's dual system of education designed to integrate university studies with practical training. "It's no accident," the commentator writes, "that those regions of Germany where unemployment rates are lowest are the ones where the dual system has been strengthened."