Another round of shelling killed more than 50 people in Syria's insurgent stronghold Homs on Monday according to opposition officials quoted by news agency Reuters, pushing the death toll into the hundreds following several days of attacks. Meanwhile, the international community remains divided after Saturday's move by Russia and China to veto a United Nations resolution condemning the violence in the Middle Eastern country.

Syrian opposition leaders expressed outrage over the veto, and the United States pledged to exert "severe pressure" on President Bashar Assad. "Faced with a neutered Security Council, we have to redouble our efforts outside of the United Nations with those allies and partners who support the Syrian people's right to have a better future," US Secretary of State Hillary Clinton said during a visit to Bulgaria on Sunday. On Monday, the US moved to close its embassy in Damascus and withdraw its diplomats and staff because of instability in the country.

Speaking at a joint press conference in Paris after a meeting with German Chancellor Angela Merkel on Monday, French President Nicolas Sarkozy said, "France and Germany will not abandon the Syrian people. We will not accept that the international community remains blocked."

Russia and China, however, have staunchly defended their positions. Speaking on Monday, Russian Foreign Minister Sergei Lavrov said voting on the draft would have meant having to choose sides in a civil war. Assisting "armed extremist groups," he said, would only increase the number of casualties.

In China, Foreign Ministry spokesman Liu Weimin told the Associated Press that the vote had been forced before the parties had agreed on it. "Such practices do not help maintain the unity and authority of the UN Security Council, nor does it help to properly solve the issues," he said.

Human rights groups claim that more than 7,000 people have been killed since the start of the Syrian uprising last March.

Editorialists in the German press on Monday unanimously condemn the veto, saying it sends a worrying signal about the reliability of Russia and China as future partners in international affairs.

"Russia is out of sync with history. President Dmitry Medvedev and his puppet master Vladimir Putin are trying to act out their role as pseudo giants on the international stage, a relic of old times. In reality, however, this giant has long since shrunk, and doesn't realize how laughable his old-fashioned clothes have become."

"Russia stands in danger of becoming one of history's biggest losers. Economically encrusted, highly corrupt and politically inflexible, the country is seeking its place in the world. It hasn't been a superpower for a long time now, not even a major power. Its veto power and nuclear weapons are merely relicts of a faded era. The country slept through the process of modernization in the east, it is politically backward, threatened by its own demographical developments, it doesn't want and also shies away from becoming a partner to the West -- and for political and historical reasons, it doesn't want to become subordinated by China. Europe has long offered to keep a fitting place for Russia standing alongside the European Union and NATO. But pride and a fatal exaggerated opinion of themselves have hindered a Medvedev or Putin from accepting history's vote. The Syria decision fits perfectly within this image. The danger posed today is no longer that of Russia's strengths, but rather its weaknesses."

"No one who cares about global stability and a modern Europe can ignore Russia's position. This is not a belated attempt to score an ideological victory, rather it is a real and pressing danger. The risk is that Russia's leaders no longer value global cooperation."

"This veto is a moral scandal and it is also bad foreign policy. After all, Moscow clearly stands to loose out, as demonstrated by the angry protests in the Arab World. 'You can't stand in the way of history,' Turkish Foreign Minister Ahmet Davutoglu said in Munich. Bashar Assad's regime will definitely fall, it is only a question of when and how many will be killed in the process."

"Moscow has blocked its chances of a vaguely positive relationship with the new Syria. Post-revolutionary governments in Tunisia, Egypt and Libya will also seek to maintain as much distance from Moscow as possible."

"It is a disgrace that Russia and China have cast their veto against a resolution that contained neither sanctions nor a weapons embargo. It didn't authorize military intervention either. It merely condemned the genocidal behavior of the Assad regime. The fact that even this was too much for the rulers in Moscow and Beijing reveals a lot about their mindset and their authoritarian view of government. It's almost as if they are saying that a dictator should be allowed to wage war against his own population. The days of sentiments like that should really be behind us. The revolution in the Arab countries shows the extent to which people are sick of despotism and nepotism. But as long as Russia and China shield rulers like Assad, the human rights situation will remain problematic. For Syria that means the killing and the civil war will go on."

"The behavior of Russia and China is a bitter disappointment for all those who see them as tomorrow's partners, who woo and court them, who want to trust them."

"After the veto against the Syrian resolution urging Assad's restraint, Moscow and Beijing have snubbed the West and the Arab League. Moreover, they have abased the Syrian people, who remain defenseless against the bloody massacre that continues to be carried out by their dictator. It has been a long time since such cynicism of power has been so openly displayed on the world stage."

"But the West and the Arab League certainly won't be able to stand back and watch Assad put down the protests for much longer. They must build a new forum to organize resistance to the regime without Russia and China. Perhaps there are still chances for an exit strategy, such as Assad's departure to a country of his choice. If not, then the Syrian opposition will soon need better weapons to defend itself than the ones it has."

"Now Syria will experience exactly what Russia and China alleged they wanted to avoid through their UN Security Council veto: an escalation of the military clash in the entire country. In addition, there is a permanent and undercover involvement of a number of foreign powers in the Syrian power struggle. The looming danger of civil war and bloodshed in Syria will fuel global outrage over Russia and China. And rightly so."

"The Russian and Chinese government's decisions make a mockery of the Security Council and humiliate the international grouping of states, which in the 21st century declared its respect for human rights on its political flag. When the Security Council cannot even agree to verbally criticize the merciless slaughter of citizens by a dictator's clique, then it has revealed itself to be redundant. The shelved resolution should, in the future, be used as a reminder that this body has squandered its opportunity. The way the Security Council is composed should be abolished along with the right to a veto."

"Russia and China have done everything they could to make a political solution for Syria impossible in the longterm." 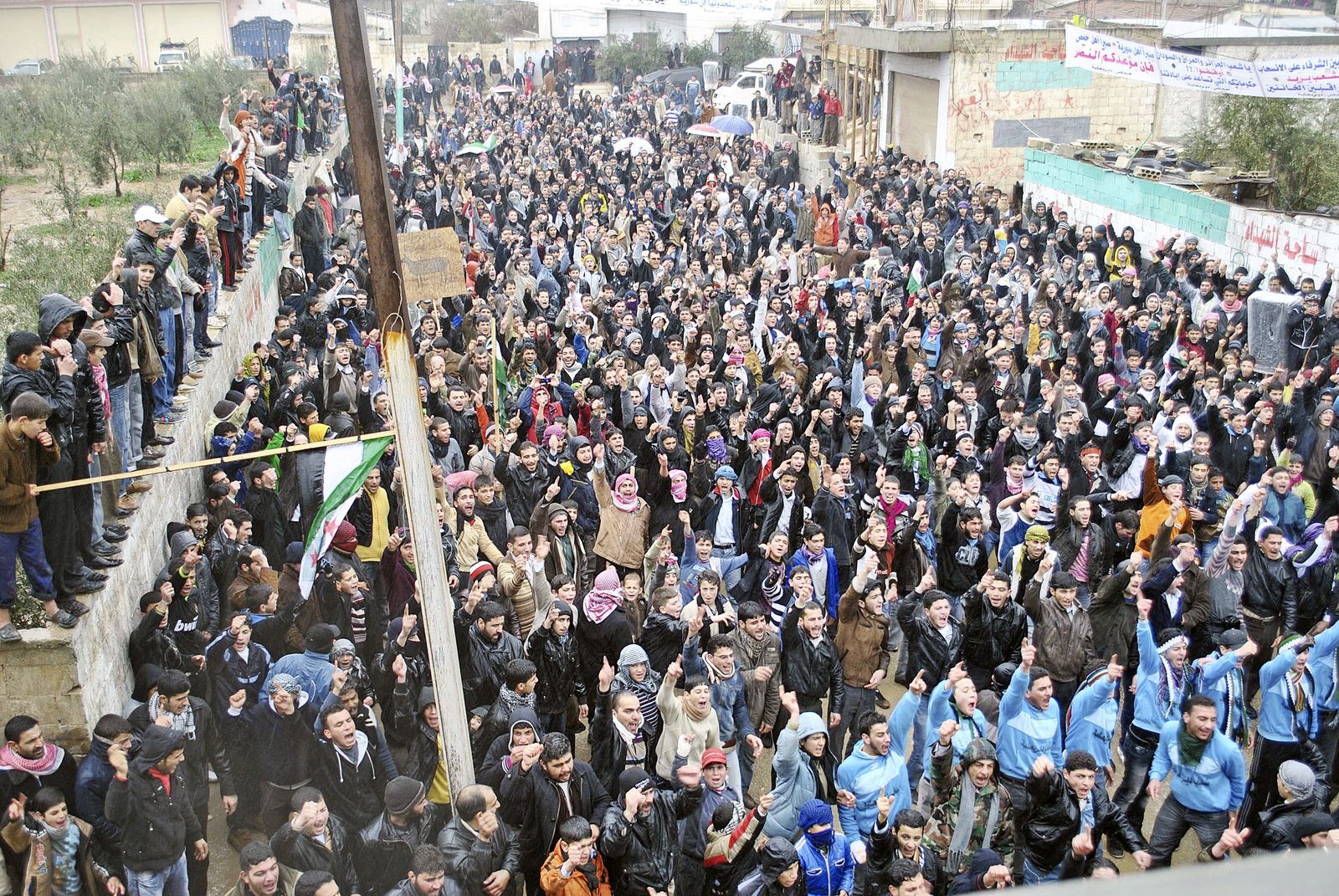 Anti-government protesters in Syria: Are Moscow and Beijing out of step with history?