The decision by the public prosecutor's office in Munich to issue arrest warrants against 13 suspected CIA agents in connection with the illegal kidnapping of Lebanese-born German citizen Khaled el-Masri is unlikely to have won Germany many friends in the United States. But the move has been universally welcomed in Germany, where observers are keen to see justice done. 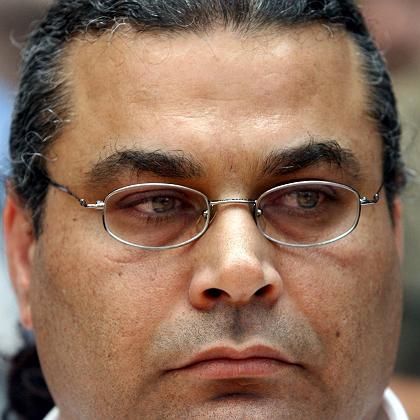 The decision to issue arrest warrants for 13 CIA agents in the el-Masri rendition case has been welcomed in Germany.

Munich-based Bavarian senior state public prosecutor Christian Schmidt-Sommerfeld said in a statement Wednesday that the warrants had been issued in the last few days. He said the agents are being sought on suspicion of abducting and wrongfully imprisoning el-Masri as well as causing him grievous bodily harm. Thirteen suspected CIA agents are listed in the warrants, although the names given are thought to be aliases.

Munich prosecutor August Stern told the German news agency DPA Thursday that no extradition requests had yet been issued in connection with the arrest warrants because they do not know in which country the suspects are currently residing. When German judicial authorities find out where the suspects are, they will petition the country in question to arrest the suspects and extradite them, he said.

Lebanese-born German citizen Khaled el-Masri is said to have been abducted in a case of the controversial CIA practice known as "extraordinary renditions," which involves kidnapping terrorist suspects and flying them to third countries to be interrogated.

CIA agents abducted el-Masri in Macedonia at the end of 2003. After being handed over to the CIA and flown to Afghanistan, he claims he was tortured and accused of collusion with the Sept. 11 hijackers. He says he was held for four months before being released without any charges on a roadside in Albania. Italy has also issued arrest warrants for suspected CIA agents in a separate renditions case.

German Foreign Minister Frank-Walter Steinmeier tried to play down the significance of the warrants Thursday, as he left to travel to the US for talks on the Middle East. Asked if he thought US-German cooperation on anti-terrorist activities would be hampered by the warrants, he replied, "No, I don't believe so," according to the Associated Press. He added, "The fact of the arrest warrants itself is a matter for the justice system that we can't comment further on politically at the moment."

Steinmeier himself is under pressure over another similar case involving Murat Kurnaz, a German-born Turkish citizen who was held for over four years in Guantanamo Bay. Steinmeier is accused of not doing enough to ensure the release of Kurnaz, who is considered to be innocent. The case is currently being investigated by a parliamentary committee.

Germany's newspapers Thursday universally welcomed the arrest warrants, proclaiming them as a triumph of the rule of law -- while admitting that the suspects are unlikely to ever stand trial.

"The new beginning for trans-Atlantic relations has often been declared: People believe Chancellor Angela Merkel  can act very differently towards Washington than her predecessor Gerhard Schröder. The arrest warrants for 13 CIA agents in the el-Masri case show that this is not the whole truth. It doesn't matter how much Merkel likes George W. Bush's government -- that is just one facet of the complex relations between the two countries. Another facet is the imperative of the law."

"For the first time in Germany's history, arrest warrants for CIA agents have been issued ... The government in Washington will not be bothered about the material consequences. But it will be annoyed about the damage to its image. ..."

"It's not about robust action in the war on terror, as is sometimes euphemistically said, but about criminal offenses. And so long as action is not taken against cases of this kind, or if they are even repeated, they will be a millstone around the neck of German-American relations."

"Seldom has an arrest warrant had less of a chance of succeeding than in the case of the el-Masri abduction. Nobody can expect that el-Masri's kidnappers from the ranks of the CIA will ever go on trial in Germany. The US will never extradite its agents. "

"Nevertheless, the arrest warrants  against 13 US citizens are worth more than the paper they are written on. They are a clear sign that a state based on the rule of law will not tolerate lawless spaces, even in the war on terror. And they are a signal -- if a somewhat late one -- that Germany will not allow its most important ally in the war on terror to do just anything, even if it causes diplomatic tension ..."

"Because the hands of the prosecutors are tied, politicians are now responsible for everything else.  It's time to take a clear stand. Even if the Americans don't want to hear it, the German government has to say clearly that it supports the arrest warrants and sharply condemns the behavior of the US."

"There's no doubt that the Americans in the war on terror gave far too free a reign to not only their imaginations but also to their agents who were trained to hunt Islamists. In the first two years after the Sept. 11, 2001 attacks, in which then-chancellor (Gerhard Schröder) pledged his "unconditional solidarity" with the US, security authorities in Germany and other European countries gave this fight their all-too-credulous support. ... German authorities did not, to say the least, check very hard if this fight was being pursued with means which could be justified legally.

"The current parliamentary investigation (into renditions) will make all German authorities aware that even in situations of acute threat  the rights of sovereign states and most of all the personal rights of citizens can not be neglected. To take this lesson to heart is all the more important because the criminal investigation into the el-Masri case by the Munich public prosecutor's office has little chance of succeeding, despite the arrest warrants which have now been issued."

"The arrest warrants allow the hope that at least the judiciary still has an idea of what is legal or not. After more than five years of the war on terror and its collateral damage, that is a piece of good news."

"Just how seriously the German government, on the other hand, takes the rule of law will be seen by whether they really send an extradition request to the US or not. True, it wouldn't have any chance of succeeding, but it would at least lend weight to the conviction that the fight against terror has to follow the principles of the rule of law."

"The arrest warrants  deal the CIA an unexpected and heavy blow.  It's true that the American suspects will never stand before a court, but what's more important is the message that the arrest warrants from Munich and Milan send: Even in times of danger from terrorism, the great ally is not allowed to simply send its thugs out into Europe's streets. The general public won't put up with it, and neither will the judiciary. The kidnappings have seriously damaged the reputation of both the CIA and the US. ..."

"It is too early to celebrate the victory of the rule of law over the criminal intelligence officers. The judiciary has stuck up for the law. Whether the state and therefore the German government will also do so is another question entirely. Berlin must insist that the kidnappers are extradited or put on trial in the US. But that much courage is not very likely."