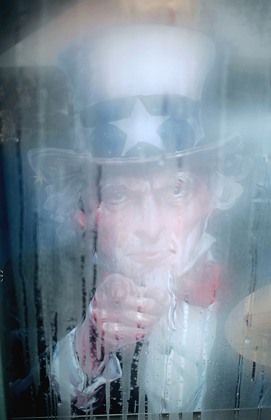 Uncle Sam doesn't seem to know what he wants these days.

The US House of Representatives gave President George W. Bush something of a bloody nose late last week but in the end the Senate blocked a Democratic resolution criticizing his policy in Iraq.

The House of Representatives had passed a motion by 246 votes to 182 on Friday, which criticized the decision to increase troop numbers in Iraq by 21,500 soldiers.

Democrats, who now control both Houses of Congress following the mid-term elections in 2006, had hoped that the Senate would pass the same motion during a rare Saturday session. The resolution needed the support of a total of 60 out of 100 senators. In the end it fell four votes short, with only 56 voting in favor and 34 against.

Both Congressional resolutions were non-binding and the White House was quick to dismiss the votes. However, it makes it clear that a majority of politicians on Capitol Hill oppose the US strategy in Iraq.

And that could have serious implications. A crucial vote will take place in March on extra funding for the increase in troops. President Bush is looking for Congressional approval to spend an extra $93 billion (€70.89 billion). The big question now is whether the Democrats will be willing or able to use their majority to put a financial squeeze on the president -- and on the military.

The German press ponders the issue and assesses whether the events in Washington were a defeat for President Bush -- or for the Democrats themselves.

"For four years any criticism of the war was seen as a betrayal of the troops. This taboo has now been broken  the vote marks a decisive change in American politics.

"The Bush Administration has not only forfeited its credibility internationally -- now it is also fighting a losing battle on the home front.

"One could be tempted to feel Schadenfreude about the spectacular failure of this president. But a US government that has suffered such a loss of authority is a weakness for the whole West. Iraq, Afghanistan, the Middle East, Iran and North Korea are the big conflicts in international politics. Bush -- morally disavowed and increasingly abandoned by his own party colleagues -- will not be able to do much to solve them. So who will?"

"The damage to Bush is enormous. Congress has made clear to the president: this war has increasingly become his war and not a mission in the name of the nation.

"Congress has to vote on the defense budget in March -- and whoever dares refuse the troops the money will be criticized by the government for lacking patriotism. The trick has always worked before.

"The Democrats are already ensnared in tactical manoeuvers -- torn between loyalty to the military and their anger over the botched Bush war  Four years after the disastrous march on Baghdad it is not only Iraq that is collapsing. The war also threatens to split America into friend and foe."

"The US Democrats have failed their first big test. They won't be able to end the US mission in Iraq in the foreseeable future  That is a disappointment but not a surprise  It was never really their aim to use all their might to stop Bush. That was finally clear when the liberals agreed that the Iraq resolution would be 'non-binding.' That is like smoking without inhaling."

"The majority of Democrats wanted to do something symbolic without taking on the responsibility for the disastrous war in Iraq. It is pure electoral politics."

"The Democrats could now refuse to approve the president's war budget. But that plan looks unlikely in the face of the recent defeat. It would mean that the Democrats had a plan to get out of Iraq without setting the entire region alight. There is no such plan in sight -- neither from the Democrats nor from the Republicans. And certainly not from the White House."

"George W. Bush suffered a defeat in Congress that will resonate in some way or another. Either it was the beginning of a political avalanche which will bury Bush's Iraq policy and with it seal his presidency's foreign policy failure. Or it was an error on the part of the opposition in Congress, which could end in a rude awakening for those candidates who want to succeed Bush in the White House."