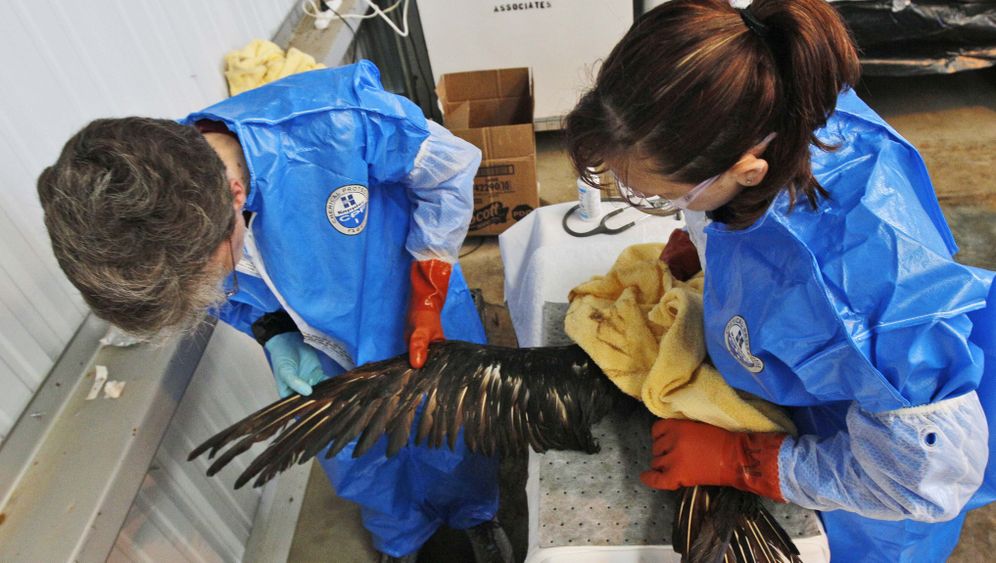 The comparison is certainly tempting. As 800,000 liters of oil per day continue gushing into the Gulf of Mexico following the April 20 explosion and subsequent sinking of the oil rig Deepwater Horizon, pundits are increasingly comparing the political damage it might do to that suffered by President George W. Bush in the wake of Hurricane Katrina.

At stake is not only President Barack Obama's energy strategy, which only recently called for increased oil drilling on America's East Coast and in the Gulf. The president's entire climate plan could be at risk as well.

Indeed, Obama embraced oil drilling as part of an effort to attract the votes he will need from Republican Senators to pass his package of climate laws, aimed at limiting US carbon emissions and ending the country's status as international climate pariah. Now, however, it seems unlikely that he will be able to withstand the increased opposition to drilling from Democrats and from political leaders in coastal states. His grand deal -- oil drilling and nuclear power for the right, renewable energy and climate protection for the left -- is in danger of collapse.

Of more immediate concern, however, is the ongoing inability of British Petroleum, operator of the Deepwater Horizon, to stop the oil from continuing to flow into the Gulf and the advance of the vast oil slick toward environmentally and economically sensitive areas of the Gulf Coast. Visiting the area on Sunday, Obama said "the oil that is still leaking from the well could seriously damage the economy and the environment of our gulf states and it could extend for a long time. It could jeopardize the livelihoods of thousands of Americans who call this place home."

German commentators take a closer look at the political ramifications of the oil spill on Monday.

"Without energy, the Western lifestyle would not be possible. Energy for electricity, oil for the car, and gas for the heating But we overestimate the power of technology and underestimate what we don't know. Each mistake can be fatal for life, limb and the environment. And the bigger the facilities get, the larger the consequences of human or technological failure."

"This inconsistency is clearly seen with the incident of the oil rig Deepwater Horizon, which exploded off the coast of the Gulf of Mexico. It symbolizes a technical triumph and an environmental catastrophe at the same time."

"First, (BP) systematically downplayed the possibility of a catastrophic spill to American officials. They said the chances of a large, environmentally-threatening incident was unlikely or nearly impossible. Then, the ventilation system -- which should have closed off the opening at the oil source automatically -- failed."

"Deepwater Horizon teaches us that in the future, our energy supplies must be decentralized, the facilities must be smaller and the industry must be more flexible and more environmentally friendly."

"The horsetrading was well thought out: Barack Obama gives Big Oil and the Republicans the ability to drill off America's shores and in return, they agree to a climate law that the don't want. But with the sinking of the Deepwater Horizon oil rig, nothing of the deal remains."

"What's more: the disaster has lays bare just how cynical political deals are. For years Republicans and Democrats alike have lauded the safety of deep water oil drilling. Not because they could prove it with facts, but because they didn't want to counter a trend which the oil companies approved of and voters supported. Now, however, all those who were recently cheering 'Drill, baby drill!' have suddenly sunken into silence."

"Obama knows that widening oil drilling techniques are not going to fix the American energy problem. As he said in late March from the Andrews Airforce Base in Maryland, where he lifted the moratorium on off-shore drilling: the US cannot drill its way out of the energy problems."

"So it's time for Obama to tell his fellow citizens that business as usual is not an option for America. The US needs to change its energy policy. And Obama should fight for that, even if it means risking failure. After the success with the health care reform, he doesn't need any lame compromise over climate policy reform."

"We are watching one of the largest disasters in the history of oil production play out in slow motion. By now, the extent of the oil spill is gigantic, covering 9,000 square kilometers (3,475 square miles) -- or about half the size of the state of Saxony -- and it will continue to grow. Who now remembers the 2008 US presidential campaign, in which the stubborn John McCain traveled the country with the slogan 'Drill here, drill now' and, when oil prices peaked, happily suggested that he would like to drill half of the Arctic. And that will still come! With high oil prices and global rate of production reaching its peak, oil production will become costlier and more dangerous. The gap between simultaneously growing demand and stagnating production will remove any current reservations."

"And so, the images of the disaster have, above all, a function: for the world to once again realize the risks incurred drilling for oil at such great depths under the sea. But aside from heightened security measures on oil rigs, the consequences will be few."

"The US president's political enemies' mouths are watering. They are predicting that the oil catastrophe on the southern coast of the US will be for Barack Obama what Hurricane Katrina was in 2005 for George W. Bush. They hope oil-contaminated ecosystems, bankrupt fishermen and black-coated beaches will spark anger against a lethargic government."

"But the comparison to the political dimensions of Katrina just won't work, because this catastrophe lacks the same human component. Around 1,800 people fell victim to the hurricane -- the suffering of residents in New Orleans was visible everyday. That is what made Katrina Bush's political Waterloo."

"Obama reacted late, but not too late. And he made a political correction: all oil rigs in the Gulf of Mexico will be checked for safety and exploration permits off the Atlantic coast are suspended. Furthermore, Obama's planned expansion of oil drilling is once again up for debate."

"The oil catastrophe will be BP's Katrina, not Obama's." 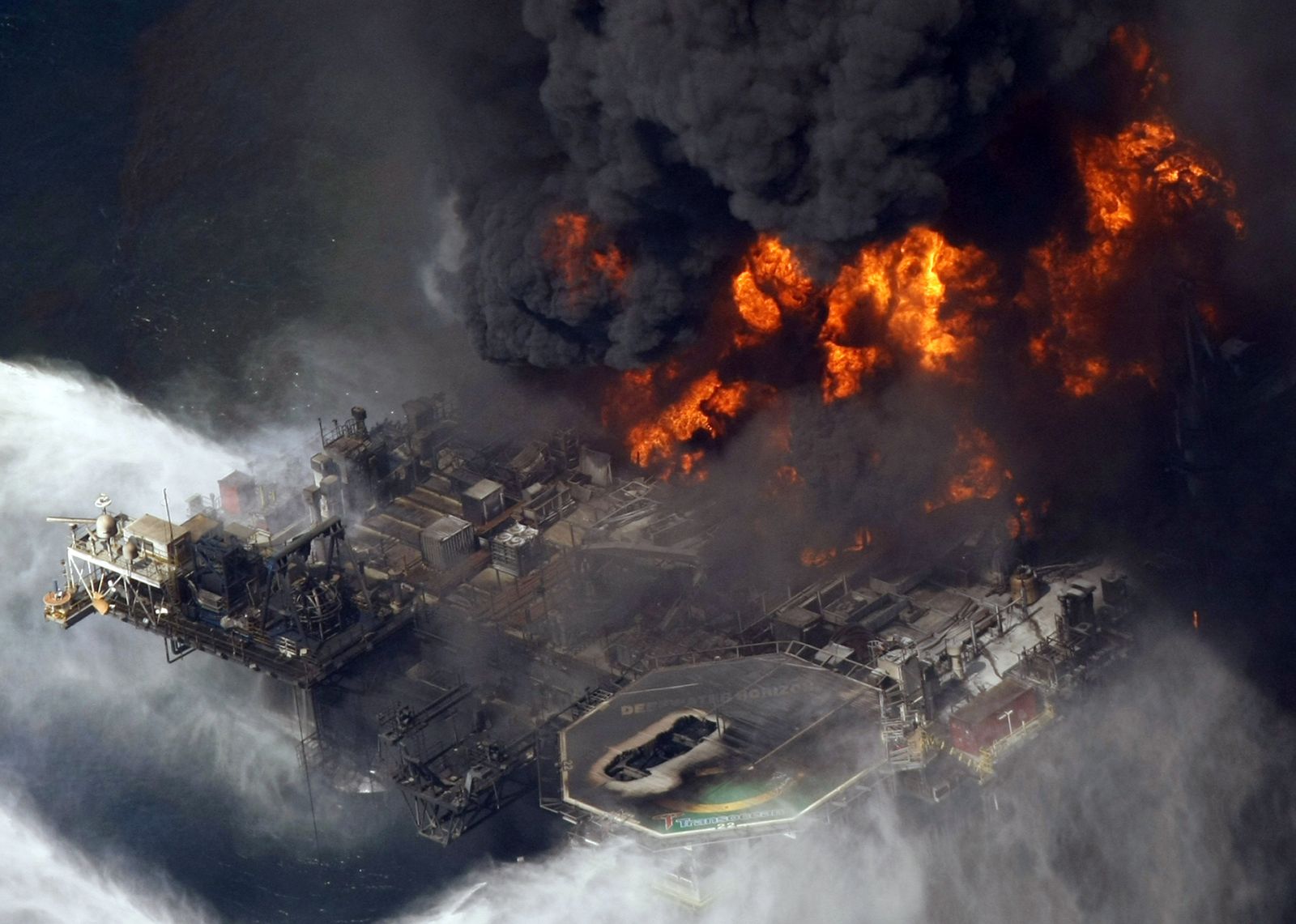