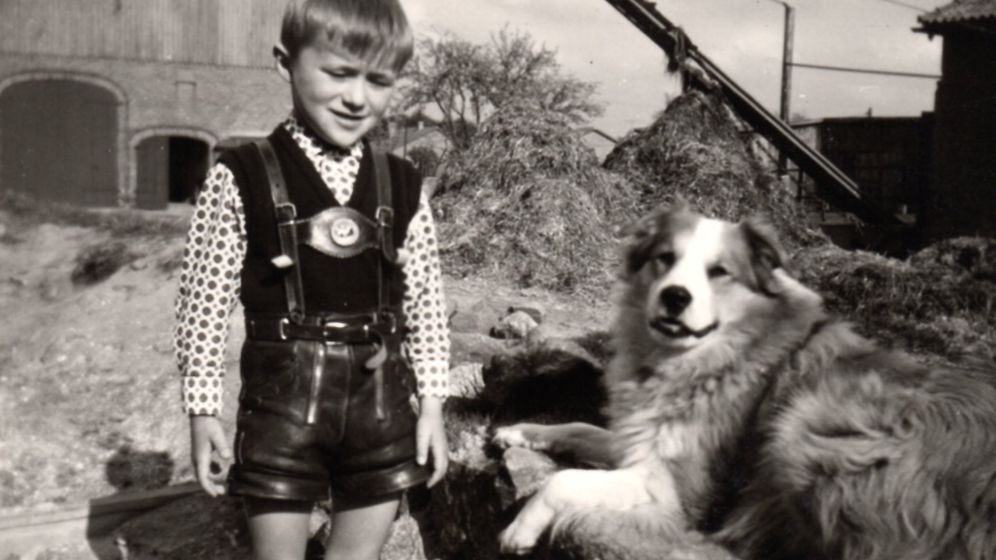 It would have been nice to drive with Christian Brüggmann to his favorite spot in Hamburg, but he couldn't make up his mind. He just likes too many places. Brüggmann, 56, works as a cab driver and a city guide in Hamburg. "I like my job," he says, but actually it was only supposed to be a stopgap solution.

A little over 15 years ago, Brüggmann quit his job as a sales manager and embarked on a new career as a freelance sales consultant and coach. Then his health declined and he came down with a lung infection, followed by an infection in his knee.

When he was finally back on his feet again over a year later, he couldn't find a job in his profession. "I thought I'd fill out three applications and be back in again," he says.

Ultimately, though, he submitted 150 applications -- and received 150 rejections, he says.

Perhaps it was because he wasn't trying to land a job as a sales manager, but instead was applying for positions that were one or two rungs down the ladder. He wanted fewer managerial responsibilities and more time with his wife and kids. "Should I apply for what is expected of me, or for what makes me happy?", he asks, and even today it sounds somewhat defiant.

Continuing as a freelancer wasn't an option either, says Brüggmann, pointing out that he had lost his clients and would have had to start all over again. "I'll just drive a cab," he told himself. "Anybody can do that."

Brüggmann is standing in front of the Chile House office building in Hamburg, not far from the old port district. This is one of the many places in town that he likes to visit and he talks about the cholera epidemic that broke out here 125 years ago, and about the poodle statue on the roof of the nearby Laeisz shipping company building. The company-owner's wife was apparently nicknamed "Poodle" because of her hairstyle.

Brüggmann has a salt-and-pepper mustache and is wearing a light blue shirt and jeans. He has a stocky build and laugh lines around his eyes. His balding head shines in the sun.

In 2002, Brüggmann completed a course to become a taxi city-guide and was later also certified as a taxi operator. He has been collecting new facts about Hamburg ever since. For instance, he knows that each hand of the clock on St. Michael's church tower weighs 130 kilos (287 lbs.) and that it can cost €5 million ($5.5 million) to fill the fuel tanks of one of the big container ships.

"I love talking about things that make people's jaws drop in amazement," he says.

It hasn't always been easy as a taxi driver. "I have coworkers who initially didn't drive their taxis home because they were ashamed," says Brüggmann, adding that he has always stood by his new profession.

But even he isn't completely indifferent to the gossip in his small hometown of Sahms, population just under 400, in the northern German state of Schleswig-Holstein. Brüggmann grew up there on his parents' farm and locals were impressed when he studied banking, became the manager of the Sparkasse bank branch in Kuddewörde in 1985, and later even drove a company car.

When he started out as a cabbie, some people said: "Look, now he has to drive a taxi." He says that a friend who used to confide in him now won't give him the time of day. "That still doesn't just roll off my back," says Brüggmann.

Still, he has no problems with passengers who gruffly tell him where to drive, although it does bother him when "some people think that I'm just a service provider and should therefore be treated as a servant."

Brüggmann gets bored quickly. His admission sounds like a burden, but it's actually an advantage. To escape the boredom, he got himself elected to the board of the Hansa Taxi Union in Hamburg. He now holds training courses for young taxi operators on behalf of the organization and is involved in the German Taxi and Rental Car Association.

"I didn't want to risk having my intellect stop at the hood of my car," he says, adding: "When I do something, I like to do it right."

There are additional reasons why Brüggmann has done so well in the taxi business. For starters, he knows how to appeal to customers. "Often, when people get into the cab, they ask the driver how business is going," he says. "And then the driver dumps a load of misery into their laps."

That, he says, puts everyone is in a bad mood, both the passenger and the driver. But Brüggmann does things differently: He smiles, regardless of his mood at the time, and comes back with a snappy retort before asking: "So, how's your day been?"

Brüggmann deftly brightens up his passengers' days, and he plays the role with ease, even when people ask about the rough times he's gone through. What was it like back at the hospital when he had no idea whether he would be able to keep his leg? "Not so great," is his answer.

What was it like when he was turned down 150 times and had no clue what to do next? "Of course you feel down," says Brüggmann, "but it doesn't do anyone any good to dwell on your troubles."

Brüggmann has a vain streak, also when it comes to his cab, and he won't say how old his minivan is. He cleans the windows every day and quickly shakes out every speck of dirt from the floor mats. "If you want regular customers, you have to be prepared to do a little bit extra."

Nearly all of his customers are regulars now and he rarely has conventional fares. Instead, he is usually booked for extensive tours through Hamburg and the surrounding countryside.

"My neighbor sometimes says that I should have stayed with the bank," says Brüggmann, but he doesn't want to think about that. "I can't change it anyway," he says.

In fact, things are going well for him in his small town, with his wife and his garden -- so well, in fact, that he has to reflect for quite a while when asked about his dreams.

Brüggmann has a small motorboat that he takes out on the Elbe River and surrounding canals on the weekend. "I would like to spend more time doing that," he says, "and the boat could be a bit bigger."

No other dreams spring to mind for this taxi driver.