Badku Marandi was six-years-old the first time he crept into the tunnels that had been dug deep into the hard earth. During the dry months before the monsoon season begins, there is only one source of income for the poor here in the state of Jharkhand in India's impoverished northeast. It's why they leave their villages, day after day, to try to try their luck in the forested hills.

Some, though, only find death.

Fine particles make the hill sparkle in the sun. The ground here is full of mica - shimmering minerals. The deeper you dig, the bigger the mica fragments become. But with every meter and every strike of the hammer, the danger of being buried alive underground also increases for people like Badku. Even today, Badku still doesn't have any idea what the minerals he and all the others extract day after day are used for.

Chapter 1: In the Tunnel

From lipstick by L'Oréal to automobile paint for BMW and Volkswagen - many large companies and their suppliers purchase mica from Jharkand and Bihar for use their products. According to one Indian export database, during the first three months of this year alone, over 1,300 tons of mica were shipped to Germany through Kolkata's port. The reporters of this story interviewed more than a dozen companies that purchase mica from India about their supply chain. They all had the same statement:

They are aware of child labor in the mica mines and they are working to improve the situation.

In the mica belt of Jharkhand and Bihar, entire villages sustain themselves by mining the minerals, which they extract from the earth in forests. The Netherlands-based Centre for Research on Multinational Corporations (SOMO) estimates that about 80 percent of the region's mica originates from these kinds of unofficial mines, although mine isn't quite the right term -- they are more like pits.

Some are as small as rabbit holes, some large enough that they look like they were dug out by excavators.

Some can be seen from the edge of the road, but most are hidden deep in the forest. Underage girls sit in the mines with women and older men who are too fragile for hard work underground. They crumble the mica and sort out the pieces. When they don't find any more mica, they move on.

They leave behind hollows that look like moon craters.

But if the workers come upon a promising mica vein, they dig deeper. The men dig tunnels into the ground using hammers and crowbars and do not support them with the help of beams. We climb into one of the mines with a 360-degree camera as Badku explains why the work inside is so dangerous.

Abrasions and broken bones are part of daily life in the mica mines. The workers are afraid of scorpions that hide under the rocks - and then there's the quartz dust that they stir up and breathe in. In the evenings, they return home with a rattling cough. Many of the workers contract asthma and black lung disease, which makes them more susceptible to tuberculosis and cancer. Many families subsequently go into debt to pay for medication and hospitalizations.

To settle those debts, they must mine more mica.

This includes the children. Until they are strong enough to hammer for hours themselves, the boys haul the mica to the surface in baskets.

The nongovernmental organization Bachpan Bachao Andolan (BBA), whose founder Kailash Satyarthi received the Nobel Peace Prize for his fight against child labor in 2014, has been monitoring the mica-mining situation for years. Each month, BBA documents between 10 and 20 deaths in collapsed mica tunnels.

A BBA informant, who doesn't want to be identified by name, says the mica business is sheathed in a "culture of silence." He recalls how, in the case of one woman who died in a mica tunnel, the doctor helped cover it up by describing the cause on her death certificate as a "fall from the roof of a two-story house."

"But in the villages, there are no homes with more than one story," the informant says.

He suspects the doctor wanted to avoid questions from the police - this being an illegal business that nobody wants to be associated with. The people here accept that the work is dangerous. What, after all, are the alternatives? Badku was seven years old when a mine he was working in collapsed.

Indian law prohibits anyone under the age of 14 from working - and certainly not in dangerous jobs like mining. That's why the authorities want to crack down on the illegal mica trade. The plan is for the Ministry of Mines to issue new licenses that will only be granted to mine operators who adhere to environmental and labor standards and do not use child labor.

Those who continue illegally extracting mica are to be identified and punished.

Every now and then, police confiscate trucks carrying mica as they drive from the villages to the city. The new licenses were originally supposed to be given out at the beginning of this year, but not a single one has been issued so far. Instead the authorities have announced they want to more aggressively pursue the illegal mica market, making the gray zone that has existed so far even darker.

Out of fear of the police, people are now digging their holes even deeper inside the forest.

To search for mica scraps, they climb into tunnels that have, in some cases, been abandoned decades ago. Accidents are reported even less frequently, because people are afraid of being punished by the law. The mica trade continues - and it has become even more nebulous and dangerous.

The dealers' stores are located in a side alley in the market of Jhumri Telaiya, one of the most important mica trading centers in the region. But where does the mica come from that the dealers sell, and who are they selling it to?

Child labor? It doesn't exist here, they all claim.

Look around, only old men are working in the stores. Using large scissors, they cleave the chunks of mica, layer by layer. The dealers speak with one another, make themselves seem important. Only one is willing to speak in front of the camera. Sandeep Jain takes us aside and sits down in his store. The interview becomes uneasy; the atmosphere is tense. The other dealers stand at our backs in a semi-circle. They whisper and interrupt their colleague when he says something they don't like.

Many of the mine workers are Adivasi, members of India's indigenous ethnic group. They are a segment of society who are often excluded in their own country.

Others are Dalits, the so-called "untouchables," trapped at the lowest level of the Hindu caste system.

Both groups are among the poorest of the poor and very few of them own the land on which they work, meaning they often also have to pay for a lease or mining rights. But how else are they supposed to make a living? "The mica belongs to us," the people here say. They live from it. It feeds them and allows them to send their kids to school. At least if they don't have to work in the mines. And the laws?

Is there a solution? The only company that currently claims to be buying mica exclusively from legal mines is German chemicals giant Merck, one of the largest importers of Indian mica. Internal documents shown to SPIEGEL by Merck claim to prove this.

The problem, though, is that even the Indian authorities themselves say there are no legal mica mines in the region.

Officials at Merck say that because they had little confidence in the Indian authorities, they took their own initiative a decade ago to find responsible suppliers who adhere to worker safety standards and don't employ children in their mines.

Together with other corporations - among them, apparel companies H&M and Chanel and consumer electronics-maker Philips - Merck followed up that step at the start of this year by establishing the Responsible Mica Initiative. Their shared goal: To end child labor in the mica mines by 2022. After that, the businesses are pledging to purchase mica exclusively from legal sources. But is it really possible to monitor the suppliers?

Just take the example of Chinese paint pigment manufacturer Kuncai, the region's largest mica buyer aside from Merck. Kuncai claims to buy mica from mines that Merck says supply the German chemicals company exclusively. Indeed, our reporting uncovered many such inconsistencies that are unresolvable given the complex and opaque nature of the mica trade.

Merck uses a tracking system to ensure that suppliers don't include any mica from illegal mines. Under the system, mine operators use a logbook to record and keep track of a mine's daily output. They then pay taxes to the government for this amount. Merck argues that "if mica from uncontrolled sources is included, the mine owners must also pay license fees for those amounts of mica. This doesn't make any economic sense, because then the mica would be more expensive for the mine owner than that which is extracted from his own mine." But many dealers admitted in the course of our reporting that they also pay duties to the government for mica that has been extracted illegally.

What matters to most here is that the business be able to continue, unhindered.

This is also true of the village of Kanichihar, where Badku lives, in the heart of the mica belt. Day after day, the men keep going into the mines during the long dry season when the rice fields wither. After Badku's accident, he was supposed to return to the tunnels and keep hammering, like almost all the others here. But Badku refused. Back into a mine that had buried him alive? 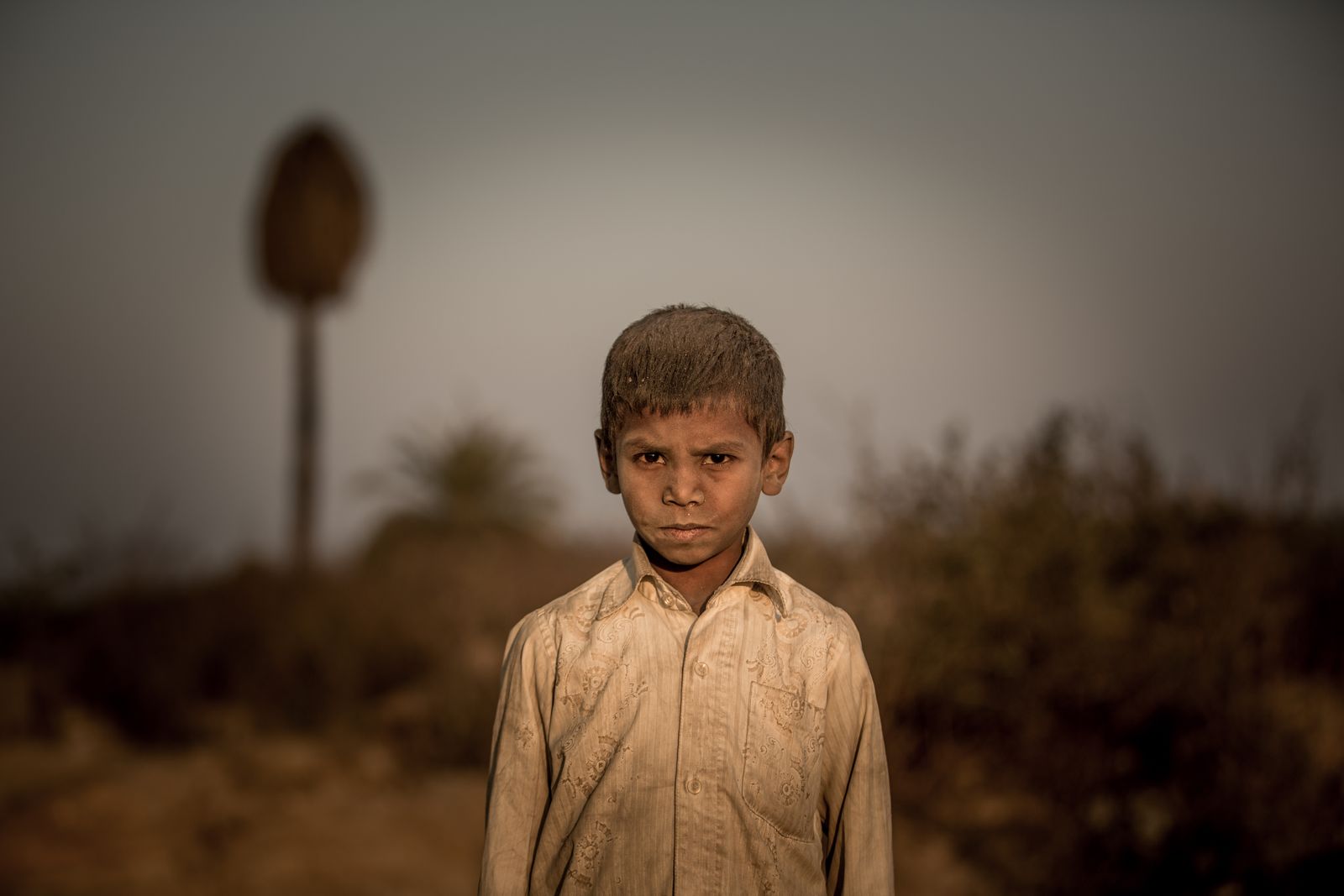 On the search for hidden mica mines, reporter Marius Münstermann and photographer/video journalist Christian Werner spent a week traveling through the hills of Jharkhand and Bihar. Even weeks after their return, glittering dust was still trickling out of their backpack and camera bag. 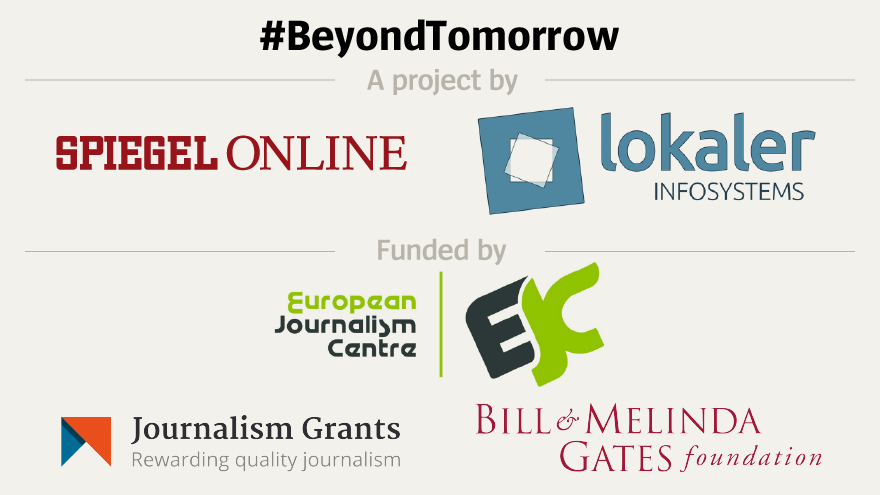