When Paul Meulenbroek climbs into the water, it's a good idea to stay behind on the riverbank. He carries a small motor on his back, as loud as a leaf blower, but it isn't for blowing air. The biologist from Vienna uses it to produce a 400-volt electrical field that can temporarily paralyze fish, making them easier to scoop up with a net.

Meulenbroek stands waist-deep in the shimmering blue water of the Vjosa, a wild river that runs through southern Albania, his rubber waders protect him from the electrical surges. "There are a lot of young ones here," the biologist says, before handing his colleague on the bank a brightly shimmering fish just under 10 centimeters long.

The researchers want to gain an overview of the species living in the water here.

Located about 50 kilometers (31 miles) from the river's mouth, where it pours into the Adriatic Sea, the Vjosa Valley is a paradise. There are no streets or bridges to blight the idyll. As it flows down its 270-kilometer path, the stream breaks into two or more arms separated by broad gravel banks, and practically every flood here alters the riverbed.

The wide valley is flanked by green hills while the snowcaps on the mountains higher up stick around until the beginning of May. Olive trees grow along the slopes, farmers till the fertile plains and the sound of bells resonates as a herd of sheep passes by.

But this southern Albanian arcadia is under threat. A dam may soon be built to power a hydroelectric plant near Poçem, where Meulenbroek is currently catching one fish after the other. It would destroy the natural habitat of the river's fish and many other animal and plant species could disappear as a result. Furthermore, the farmers in the nearby village of Kutë would lose their livelihoods because their pastures and fields would be covered by water.

Albania still hasn't become a member of the European Union, but even here, environmental impact studies are required by law for major projects like a dam. Kovlu Energji, the Turkish company that wants to build the dam, has presented such a review, which was carried out by a private consulting firm in the capital city of Tirana.

But Friedrich Schiemer, a zoology professor at the University of Vienna, dismisses it as a "caricature." "Large parts of the paper are comprised of passages copied verbatim from other studies. A survey was never conducted at the site."

Checking the Species in the Vjosa Valley

Together with Albanian biologists, Schiemer has now organized a project to take an inventory of the flora and fauna in the area threatened by the dam, with support coming from the environmental organization Riverwatch in Vienna and EcoAlbania in Tirana. Like legendary German naturalist and explorer Alexander von Humboldt once did, the 30 scientists from Albania, Austria and Germany are working their way across the valley along three pre-determined routes.

Geologists are measuring the riverbed down to the millimeter, noting the size of the gravel and the sediment structure. Insect researchers are burying 150 plastic bottles filled with vinegar as traps for small critters that crawl along the ground. A biologist is collecting plants in order to press them into an herbarium. Another is sifting through leaves and loose soil to search for snails and freshwater clams. One scientist shakes grass and bushes, catching the insects that fly out with a giant net.

Meulenbroek pulls another silver fish out of the water. "It could be the same species as the one just before, but I'm not sure." The answer would be determined with a genetic test, carried out in a few days at the University in Vienna. To this end, he cuts off a two-millimeter piece of the dorsal fin on both animals. "The missing dorsal fin is no problem for the animals," Meulenbroek says. "It grows back."

"I only had a vague idea of what species we might find here," he says. In a span of three days, he has caught 20 different ones, including eels, barbels and flathead gray mullets. He isn't familiar with most of the species and releases almost all of them after a short examination.

The biggest surprise can be found wriggling in an additional net he had put out: a 50-centimeter-long sea bass. "It lives in the Adriatic. Rivers aren't actually its territory. It must have swum up this whole distance." The village fishermen are also amazed by his rare catch.

If the dam already existed, no fish would make it this distance up the river. Thus far, the Vjosa hasn't been blocked by any construction. Even its tributaries, with two exceptions, are free of dams. "That's unique in Europe," says Schiemer.

As Schiemer puts it, the "geomorphological continuum" is still intact here in Albania. The unwieldy term refers to a fascinating piece of natural theater: Rocks break off cliffs up high in the mountains near the river's source, landing in the Vjosa. With every spring flood, they are flushed further into the valley. Their initially sharp edges are smoothed off, resulting in typical pebbles, with smooth, round surfaces.

Every flood grinds the rocks smaller, bit by bit - and they ultimately end up as fine sand in the sea. At some point, the current carries the grains of sand onto one of the Adriatic's many glorious beaches.

The construction of a dam would interrupt this movement of material from the mountains into the sea, a process that has been going on for millions of years.

The inhabitants of New Orleans recently felt the impact of this problem. The many dams on the Mississippi are keeping crucial sediments from reaching the sea and causing the coast to increasingly erode. In parts of the hinterland once protected by natural bulwarks, the floodwaters now have free rein - resulting in the kind of disastrous flooding seen during Hurricane Katrina.

Nevertheless, thousands of hydroelectric dams are being planned around the world. According to Riverwatch, fully 500 are slated for Albania alone, and almost 3,000 across the entire Balkan region. Most are small power plants that don't require dams: Much of the flow is diverted through shortcuts blown into the mountain with explosives. The water then rushes through steep pipes powering the turbines. The result is a lack of sufficient water in the valley that circumvents the mountain, meaning that fish and vegetation lose out.

There's some irony to the fact that researchers from Germany and Austria are fighting to preserve an unspoiled river. After all, the Danube, Rhine and Main rivers are riddled with dams and, in parts, unrecognizably encased in cement. "We are asking a lot from the Albanians," one scientist admits. "In our cases, nobody used to care about unspoiled rivers either."

Why shouldn't Albanians be allowed to do what was done everywhere in Western Europe? "When we built hydroelectric dams and realigned rivers, we didn't know much about the dynamics of these kinds of systems," Schiemer explains. Only in the last 20 or 30 years have people begun understanding how important intact rivers are for nature. "We want to keep the Albanians from repeating the same mistakes we made."

Albania gets its electricity almost entirely from hydropower - and the demand is growing. Unused electricity can be exported as supposedly environmentally friendly eco-power.

The country is lucrative for investors. Wages are low and bribes can be used to solve a lot of problems. Albania is ranked 83 on Transparency International's Corruption Perceptions Index, behind countries like Burkina Faso and Belarus.

For decades, the Balkan state was isolated from the rest of the world. But today, over 30 years after the end of Enver Hoxha's horrific dictatorship, it resembles a developing nation. While almost every village now has electricity, mules are still widely used for transportation and many of the roads are in catastrophic condition. In such a situation, any investor is welcome, even if their plans will damage nature.

"The Vjosa is perhaps the wrong location to build a hydroelectric plant," says biologist Sajmir Beqiraj.

It is doubtful, though, whether a power plant would generate long-term profits on the sediment-rich Vjosa. The reservoir behind the dam could already fill with rocks and sediments just 20 or 30 years after its construction. The lake's capacity would shrink as a result, and the power plant wouldn't have enough water for reliable electricity production. At that point, the only options would be the expensive dredging of the reservoir, increasing the height of the dam or closing the power plant.

Hope for the Villagers

In the end, it is likely the courts that will decide whether a dam is built in the Vjosa Valley. What matters more? A few new jobs and millions in revenues from a power plant? Or a unique piece of nature that is the source of livelihood for hundreds of people?

"We went to the government with a complaint to stop the construction," says Ismet Murataj, a farmer from Kutë.

The inhabitants of Kutë had their first success in May when the administrative court in Tirana deemed the present environmental impact assessment to be "seriously deficient." As a result, construction may not currently go forward. The Turkish investor may have to commission a new assessment, though an appeal against the court's ruling has been lodged.

The project would clearly not pass muster if an environmental impact assessment were carried out according to strict European Union rules. During their five-day inventory, the researchers discovered a number of rare species that are legally protected in the EU, including, the dice snake, the green toad, the tree frog and the European pond terrapin.

The EU has a regulation banning encroachments into natural areas if they worsen the conservation status of species on the list. But the Vjosa Valley's biotopes would represent an even bigger hurdle. This kind of habitat, typical for flood plains, is rare in Europe, says Schiemer. The repeated inundations have resulted in highly specialized species that can't simply migrate to other locations.

If Albania was in the EU, the researcher argues, the biotopes would need to be designated as Natura 2000 nature protection areas because of their nearly pristine status. "Then the valley would be protected from interventions," He argues that Albania, as a country wanting to join the European Union, should already adhere to those rules.

Kutë's 1,500 inhabitants don't know much about habitat guidelines, Natura 2000 areas or biodiversity. And they found out about the plans for the power plant from the media. "There was no official information from Tirana," says 25-year-old Romina Mustafaraj, the village's head of administration. "There was no public hearing either." She says the people of the village are afraid of losing their livelihoods.

Several years ago, the inhabitants of the Vjosa Valley were in a similar situation. At the time, a building speculator from Italy wanted to build a dam above Kutë and the excavators were already ripping open the hillsides when everything suddenly stopped. The investor supposedly went bankrupt, she says.

"For us, the Vjosa is a godsend," says Friedrich Schiemer. "Here, we can examine what constitutes a wild river. At home, that's no longer possible. There aren't any left." 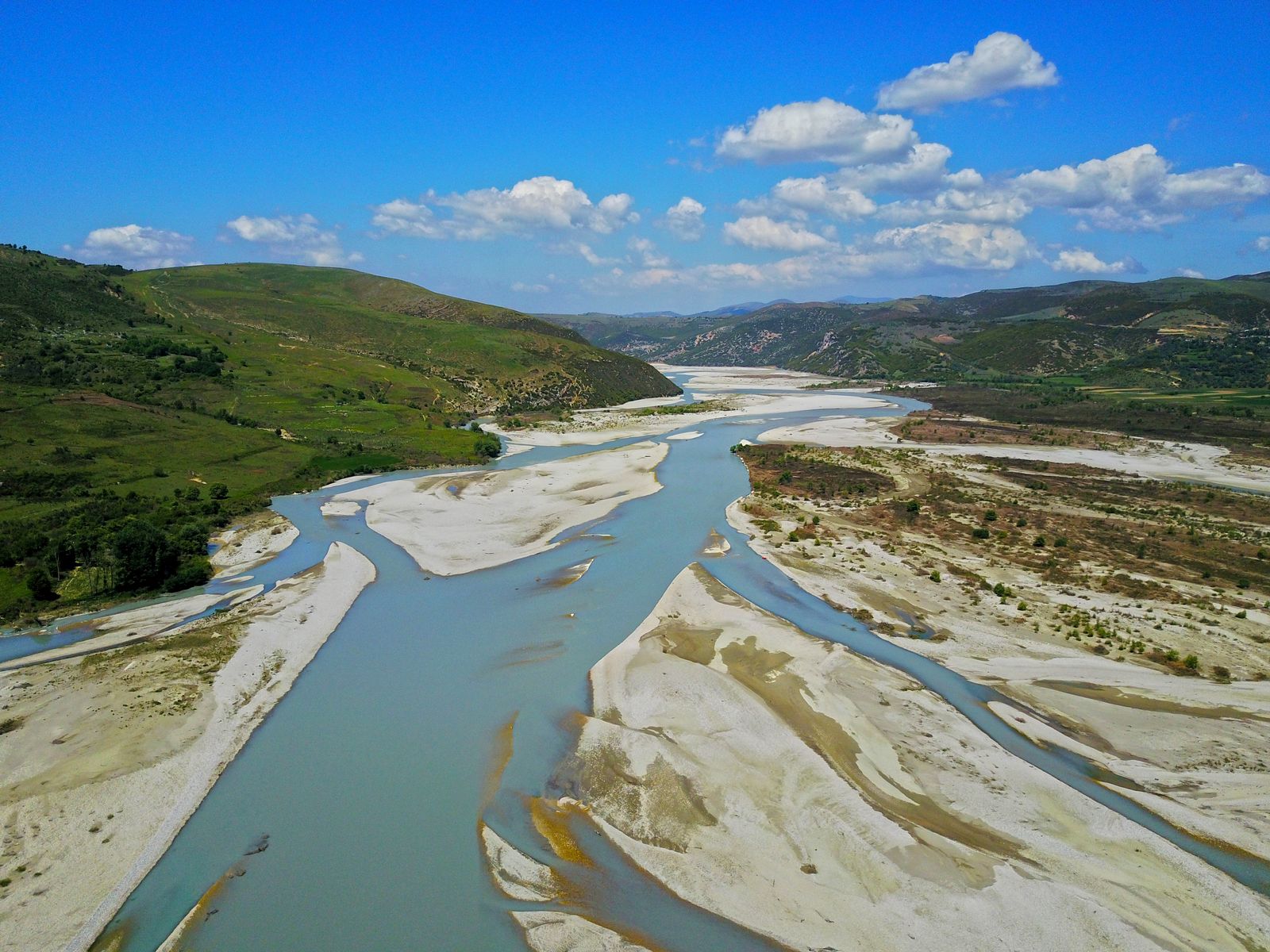 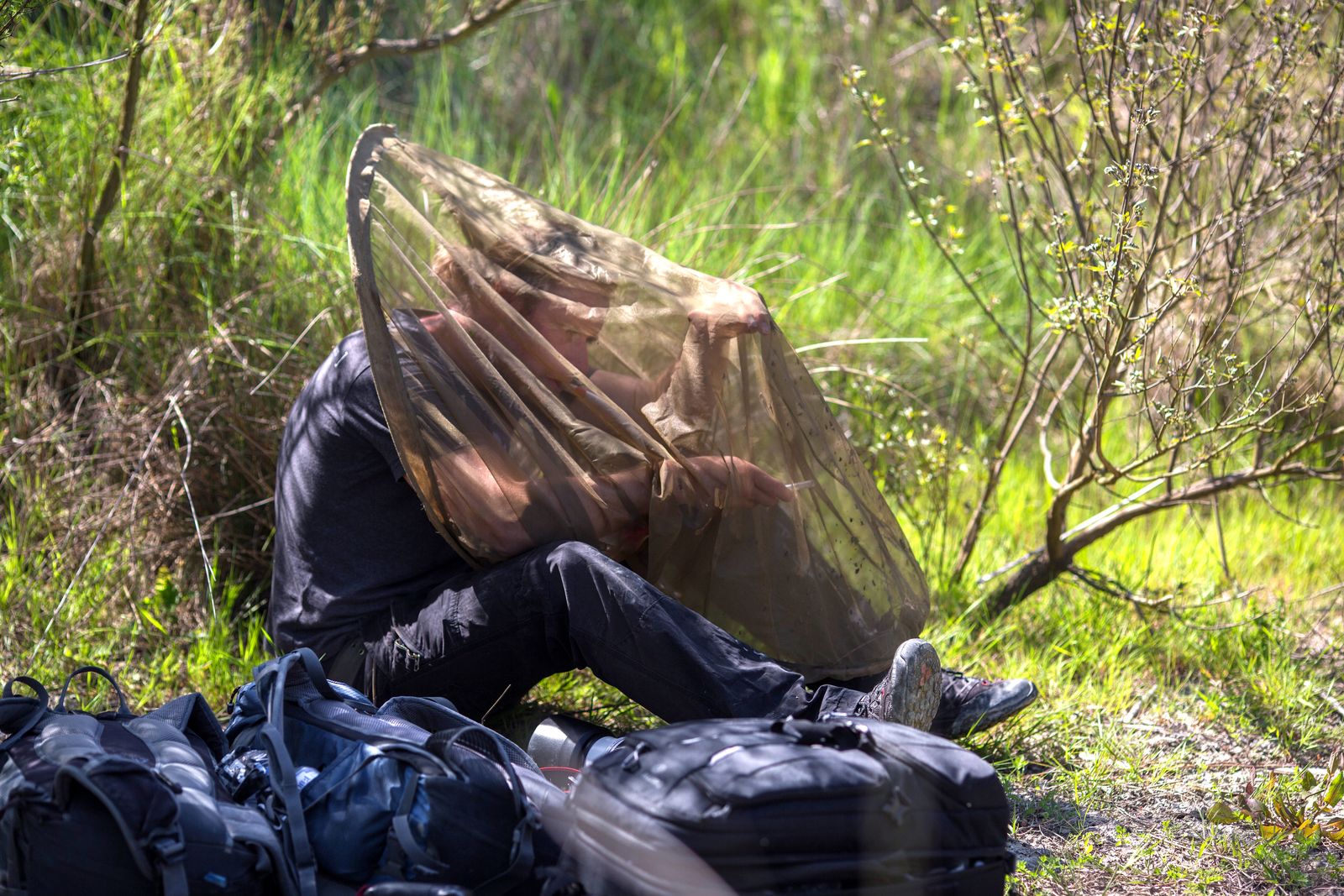 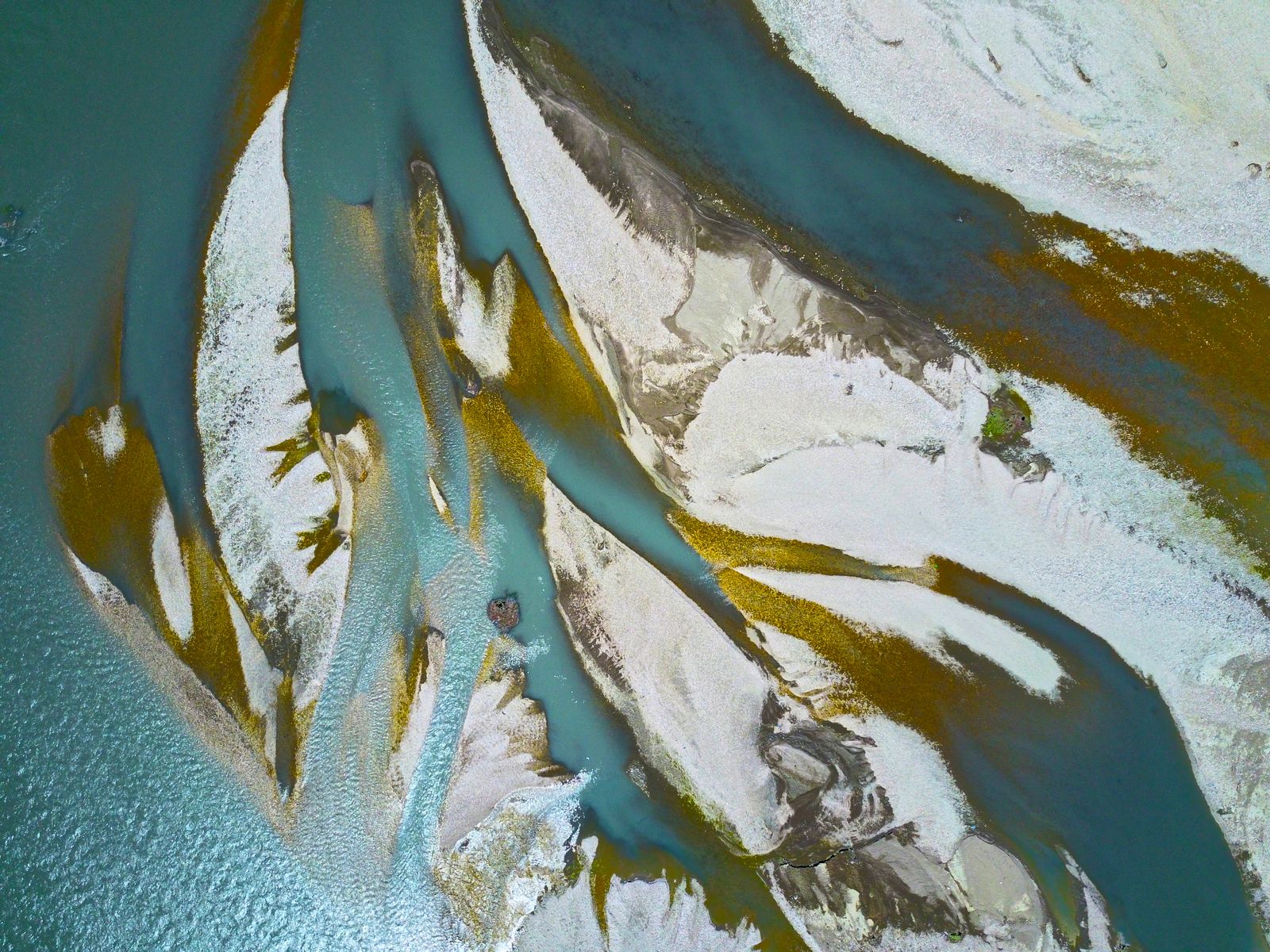 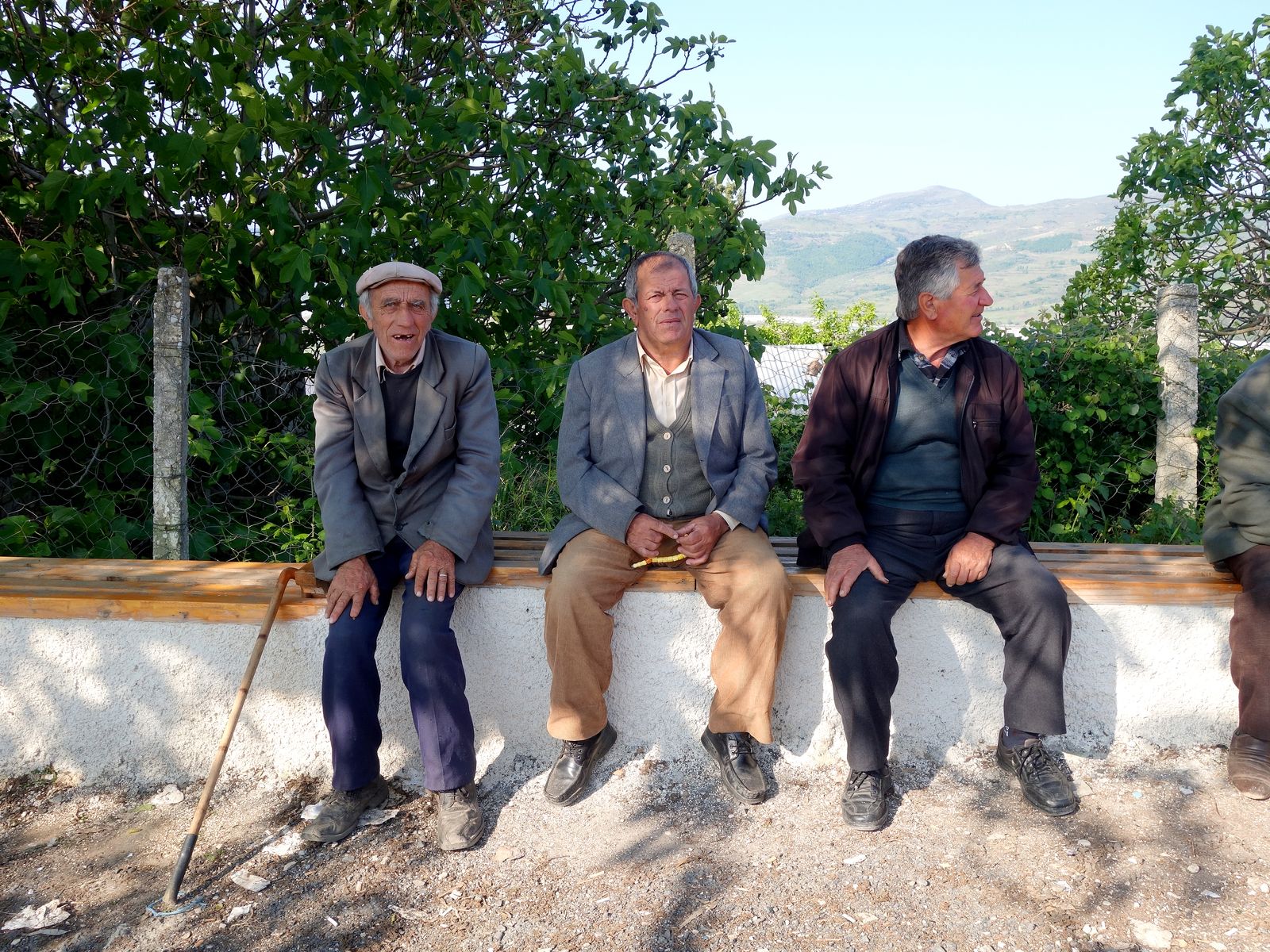 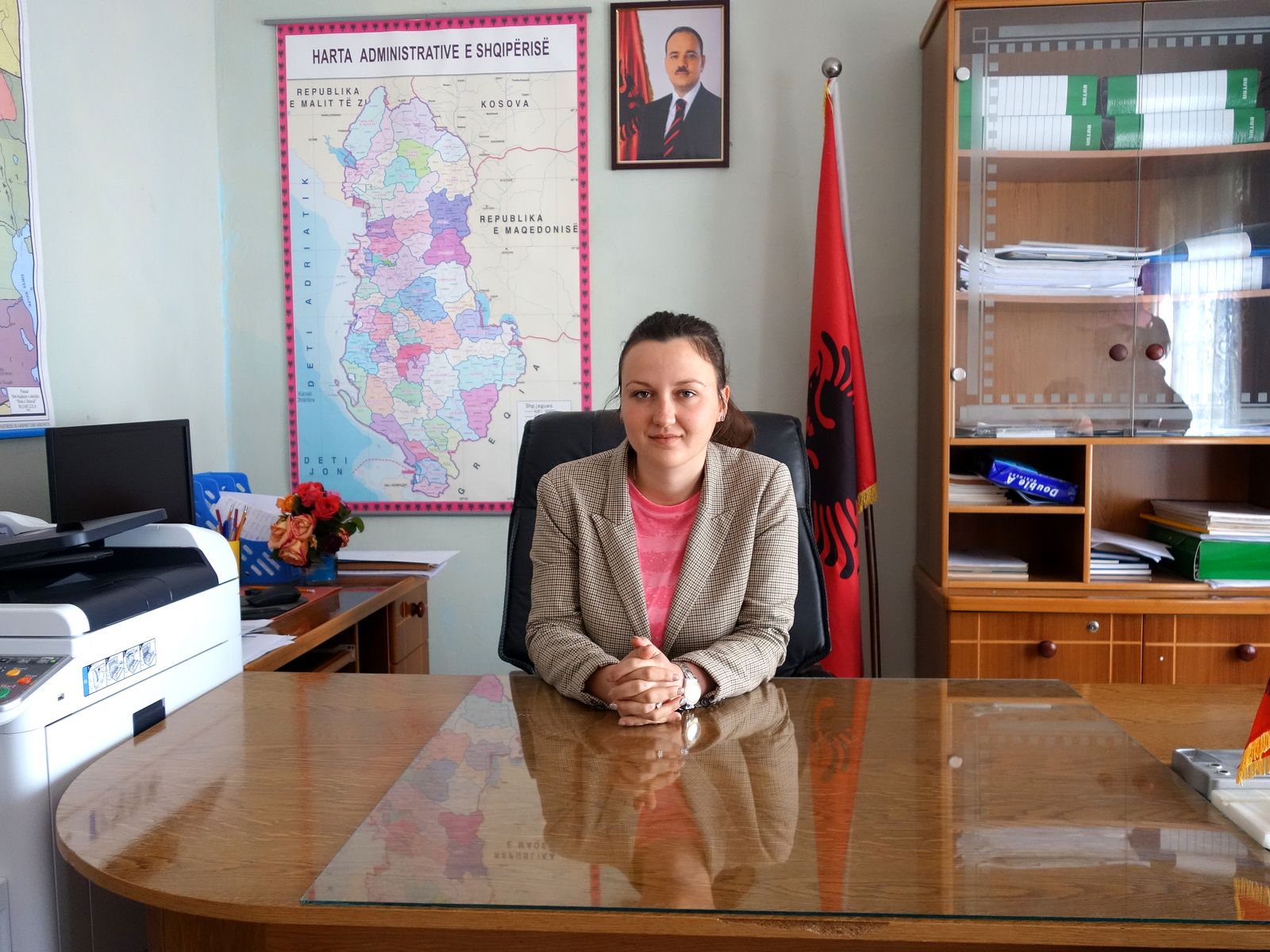