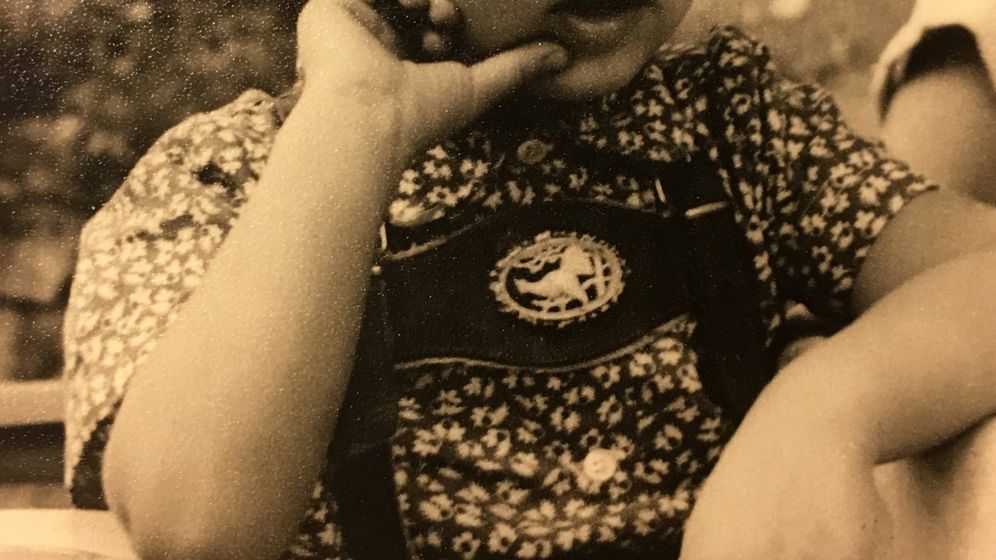 Bullied by Teachers: Humiliation in the Classroom

"Bärbel, you'd be better off going to the chocolate factory and stuffing your face." Barbara Sengelhoff used to hear such things all the time from her teachers, and they would say them in front of the entire class. When she once told a teacher that she wanted to become an architect, she was told: "You're too dumb for math."

Now 68, Sengelhoff received her secondary education at a school run by nuns in Cologne and she felt misunderstood, scorned and marginalized. She says that the teachers "almost broke my spirit." At the time, most of her classmates quietly endured the teachers' cruelties, and only a few, like Barbara Sengelhoff, pushed back against the then normal treatment of intractable students.

"Humiliation was a normal, daily occurrence," she remembers. On her way to school, she often cried out of frustration and anger and she got extremely poor marks in math and Latin. She was a churlish student, she recalls, always questioning things and uninterested in rote memorization, preferring instead to learn in her own way.

At one point in the 12th grade she was made to stand in the corner because she had spoken during the class. "I stood behind the map of Germany for an hour -- and the worst part is that I just accepted it and tolerated it in silence," says Sengelhoff.

When in 1966 she finally completed her Abitur (the high-school degree required to enter post-secondary studies in Germany), several teachers didn't congratulate her. "Lots of them didn't think I would get my Abitur, and would rather not have given it to me," says Sengelhoff. "The humiliation persists, the feeling is still there today."

After her Abitur, Barbara Sengelhoff could have turned her back on everything related to school. She could have suppressed the torturous memories of her schooling, buried them and simply continued with her life. But she did the opposite: She became a teacher, and later a principal. She wanted to show that things could be done differently, that no child needs to despair on the way to school.

Now she sits in the principal's office in a Cologne primary school, even though she's actually already retired. The school authorities have brought Sengelhoff out of retirement in order to help at the school two or three days a week.

Sengelhoff shares the office with the head of the after-school daycare program and there are stacks of paper everywhere. There is barely even enough room on the conference table for coffee cups and boxes full of supplies litter the floor. The entire room sends a clear message: We aren't here just for show, we're working creatively.

The door to the school hallway is open and a boy comes in to say that he's heading home. He is much too old for primary school, maybe 15 or 16 years old. "He's a refugee doing an internship with us," Sengelhoff explains after saying goodbye to him. "A great guy." Her voice shows a regard that she barely felt when she was in school.

Back then, there was one teacher who helped her tolerate her high school experience: Liselotte Freusberg, an art teacher. "I was always allowed to draw with her, I found my balance," says Sengelhoff. Freusberg showed the girl that teachers can be different. "She made it clear that the relationship between teachers and students is paramount. That you need to take kids seriously and encourage them, with all of their unique characteristics."

It would take 49 years for Sengelhoff to set foot in her old school again. Although she lived in the area, she didn't enroll her own children there. Last year, she returned for the first time -- for a refugee project. "The refugee children need support and contact at eye level," she says. To that end she tore down her own protective walls too.

Sengelhoff says that her parents supported her through encouragement. They didn't dare go to the school to openly challenge the teachers, so they tried using incentives to motivate their daughter to do well in school. "In the third and fourth grade, I had to show them my exercise book every day. If the grade was worse than average, I didn't get any dessert. When I got a top mark, I got extra gum from the corner store." She only managed to do that once.

After school, Sengelhoff decided to go for "the most difficult teaching position I could imagine: special education." Children there were being excluded too and she wanted to get involved. After her exams, she worked at a school for children with learning disabilities before switching to an integrated primary school 13 years later.

"No matter what a child is doing, there is a reason for it," says Sengelhoff. "And it's worth looking for it." She doesn't call them difficult children, referring to them instead as children with "original behaviors."

Barbara Sengelhoff in her classroom

One boy, for example, would always come to school in a foul mood and irritated the staff with his irascibility. "Until we found out that he could barely sleep at home," she says. "So we set up a mattress in a small room under the stairs in the school hallway. There he could withdraw and sleep a bit." There were hardly any more problems with him in the classroom.

In the daily routine of school, lots of teachers struggle to meet the needs of all children, she says. "If you react differently than everybody expects in the initial moment, you can have a much greater impact," she says.

At the University of Cologne, Sengelhoff holds seminars for teachers-in-training and she is also a freelance consultant for school development, getting involved with institutions looking to find different teaching strategies that cater more to the children and their unique qualities.

Sengelhoff attributes the fact that she overcame adversity to finish her abitur, become a teacher and a principal, and now a consultant, to her fighting spirit. And to the encouragement of Ms. Freusberg, who always reassured her: "You can do it," she would say.

When she became a principal, she called her old teacher, the one who had told her to stuff her face in the chocolate factory. "I'm a principal now," she told him. Barbara Sengelhoff has to laugh when she thinks about it. "And you know what he said? He just said: 'Things were always difficult with you.'"

5 Bilder Bullied by Teachers: Humiliation in the Classroom 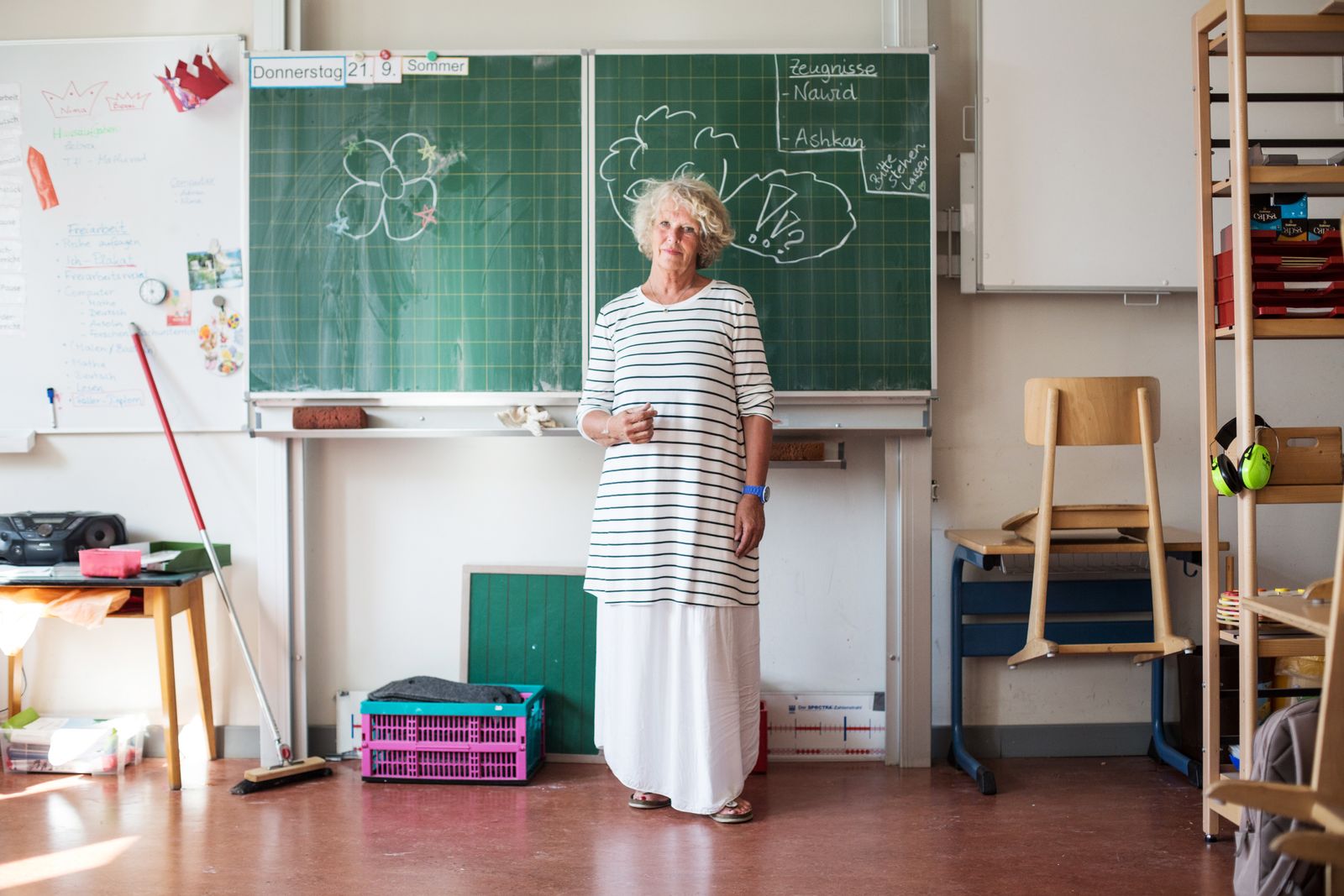 Barbara Sengelhoff in her classroom