Young women who are actually still girls -- but who already have a husband, and sometimes even a child: It is a fate shared by Abaynesh of Ethiopia, Ramgani of India and Nayane of Brazil. Each has her own story and her own way of dealing with the situation. SPIEGEL ONLINE asked them to share theirs.

Nayane and her twin sister Nayara have their eyes glued to their phones, which are vibrating with each incoming message. Nayara hasn't left the house in three months, a punishment imposed upon her by the "Red Command," the drug gang that controls her community, for having a relationship with a man from a rival group.

Nayane is keeping her company during her confinement. They are lounging on the bed in a small weathered room in a house in Parque União, located in the Maré favela in northern Rio de Janeiro. Nayane is holding her 10-month-old daughter Ana Sophia in her lap.

The twins are 15-years-old, but aren't currently attending school. At the moment, Nayane is getting ready to go to a funk music party -- the same party where she once met the father of her daughter. The young mother has his photo on her T-shirt. He was involved in drug trafficking and was shot to death during a police operation six months ago.

Brazil has the fourth largest number of child marriages in the world. Almost 1 million women between the ages of 20 and 24 were married before they were 15, and 3 million entered matrimony before turning 18. The minimum age for marriage in Brazil is 16 with parental consent, but the age limit can be lowered in cases of pregnancy.

Early pregnancies are a reason for child marriage in many countries, but in Brazil it is the main one. According to Vanessa Fonseca, project coordinator for an NGO called Promunda, there are two main reasons why girls view early marriage in a positive light: the economic stability that comes with it, and their desire for freedom.

Unlike in other countries, such as India or Ethiopia, these marriages are often informal at first. "They are more like agreements," says Fonseca. "The girls meet, 'marry' and then split up when they want to."

Nayane herself never married the father of her child, but she says that friends of hers have left their parents' home to live with their partners and get away from their parents' rules. Two of her friends have already formed an independent family and two others have just become mothers. 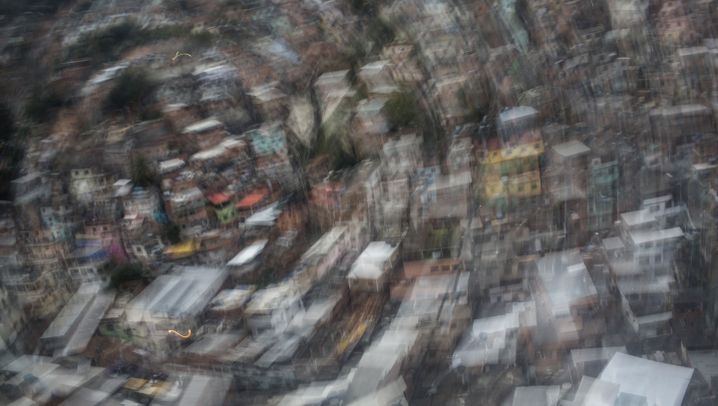 Photo Gallery: A Teen Mother's Life in a Favela

In contrast to the situation in India or Ethiopia, girls aren't forced into marriage in Brazil. Furthermore, the marriages are often unofficial in nature and pregnancy is often the cause, rather than the consequence, of child unions.

Despite those differences, however, Brazilian girls face many of the same repercussions: male violence, an early departure from school and health problems from early pregnancies. It is a problem that societies and states ignore and forget.

Christiane, who also married after becoming pregnant at 16, lives in the same favela as Nayane. Now, 19 years later, she is remarried and the mother of two girls with her new husband.

This, she says, is a pattern that recurs over and over again. Christiane adds that many of these unions are a way of escaping homes where abuse and a lack of emotional affection are daily occurrences.

Nayane's friends, heavily made up and smiles full of shiny braces, have come to pick her up for the party. The bass of the funk music booms and the street is full of youths, some as young as 12. They are all heading to the party, where they'll celebrate with alcohol, cigarettes and drugs. And maybe sex too.

The child marriage series continues with the stories of Abaynesh in Ethiopia and Ramgani in India. This project was funded by the European Journalism Centre (EJC) through its Innovation in Development Reporting Grant Programme.