A flood, a storm, an avalanche: Such events are almost always caused by global warming. That, at least, is the impression one tends to get from the media. Hardly a natural event or environmental transformation takes place any more without it being suspected of having something to do with anthropogenic climate change.

Usually, though, the situation isn't that simple. Myriad factors play a role, such that it is often impossible to identify a clear connection between natural phenomena and climate change.

Even in the supposedly clear-cut case of Sarichef Island in Alaska, a bit of research is all it takes to trigger doubts. In August, residents of Shishmaref, the only settlement on the island, voted in favor of relocating to the mainland because of a rapidly eroding shoreline. The people of the island were fleeing from climate change, it was reported, with rising sea levels destroying their island.

But a look at the geological data shows that in contrast to many other areas of the world, sea levels in the region haven't risen for at least 20 years. Prior to that, there had been no systematic collection of data. Measurements also show that the volume of the ice floes in the region has also remained stable. So it appears to be implausible that the disappearance of sea ice, which helps protect the coast, is causing floods.

Plus, the island is a so-called barrier island, essentially a large sandbank that is constantly shifting and changing in accordance with ocean currents and the weather. Towns such as Shishmaref, located directly on the coast, are constantly in danger. A half century ago, residents of the island were already considering leaving it. As such, blaming the coastal erosion on climate change may not be accurate.

There is no shortage of similar instances. Forest fires, droughts, wars, sinking islands: Additional research often reveals that such events have a number of complex causes and singling out climate change as the primary one can be virtually impossible.

There are, however, places that have very likely already been adversely affected by climate change. Click on the markers in the map below to learn more about these places and the effects they have experienced. 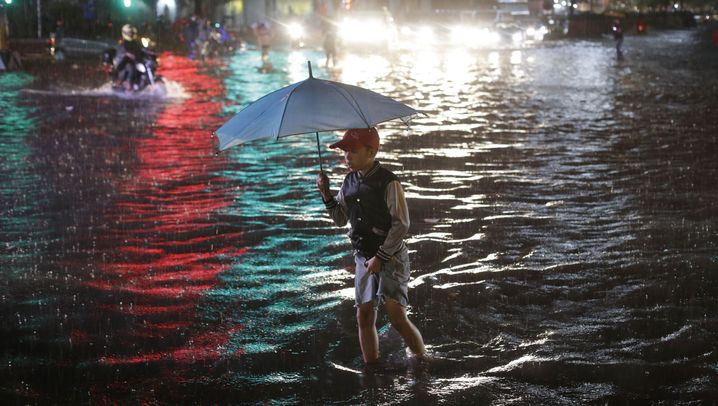