Haiti -- "It was a terrible night," recalls Marc Antoine Nesi. "The wind ripped roofs off houses, many people were injured." Nesi, a city official in his mid-30s from Saint-Louis-du-Sud, a small coastal town in southwest Haiti, lived through Hurricane Matthew in October 2016.

"Many homes were left completely destroyed by the storm, the roads were blocked by fallen trees and our water was contaminated," Nesi says. "Cholera began to spread."

Around 2 million people were directly affected by Hurricane Matthew and its aftermath. The storm had destroyed their harvests, and famine was only avoided because aid organizations continued delivering food to Haiti even months after the natural disaster.

Haiti was a poor country to begin with. In 2010, the Caribbean country was hit by a severe earthquake. Haiti experienced a cholera epidemic at that time, as well, which had been introduced inadvertently by United Nations peacekeeping troops. Hundreds of thousands of people fell ill, and over 10,000 died. Cholera still persists in Haiti, appearning and disappearing in waves.

How is Haiti faring today? Almost one-and-a-half years after Hurricane Matthew, people have at least partially rebuilt their homes and their villages, often with the help of international aid organizations.

But are they prepared if another natural disaster hits?

'People Were Drinking from the River'

After the storm, the drinking water was contaminated, leading to the spread of cholera. "People were drinking from the river, many got sick and some died," says Birame Sarr, country director in Haiti for the Workers' Samaritan Federation (ASB), a German aid organization. "We had to stop that."

ASB built several water filtration systems, but the organization sees its aid work as being only a temporary solution. "Many families lost not only their homes in the hurricane, but also their gardens and fields and they had to start from scratch," says Alexander Mauz, project coordinator for ASB's foreign aid department. "We help them until they can provide for themselves again."

'The Most Basic Things Are Often Lacking'

One of the most urgent problems in Haiti is medical care. In the southwest of the country, Hurricane Matthew almost completely destroyed most of the clinics, which were poorly equipped to begin with.

Haiti only has around 60 state-owned, charitable and private hospitals to care for a population of 11 million. Almost all of them are located in the larger cities -- 15 are in the capital, Port-au-Prince. The problem here is that 40 percent of the Haitian population lives in rural areas and can't reach an emergency room quickly. Haiti's emergency room doctors already face enormous challenges even in normal circumstances.

After the hurricane, there were very few ER doctors to treat the thousands of injured. Small towns like Saint-Louis-du-Sud had no access to emergency medical services or ambulances.

Djamson Mereste is an internist who works at the state-run University Hospital in Port-au-Prince, the largest in the city. Even there, the most basic things are often lacking, he explains. "Just imagine an injured, bleeding patient arrives at the ER and the doctor says: 'Sorry, but you have to first go to the pharmacy to buy dressing, medicine and rubber gloves.'"

"Sometimes a simple asthma attack can be fatal just because the patient can't afford the inhaler," Mereste says. Be it blood bags, bandages or oxygen, the patient has to pay for it all in cash. The doctor's work may be free of charge in some state-run hospitals, but many patients still have to take on debts, with farmers in some instances selling their cattle and goats, just to pay for medical care. This is, after all, a country where over half the population lives on less than $2 a day.

Cut Off from the Rest of the Country

Dr. Angello Duvelson is the director of the public health authority in the Département de la Grand'Anse, the region where Hurricane Matthew caused the most devastation. In the regional capital Jérémie, the storm severely damanged virtually all the buildings and almost every tree. After the storm abated, the only highway was impassable, so the city was completely cut off for several days. "The hurricane taught us that we have to expand and improve our own medical facilities at every level," Duvelson says.

Private organizations are also getting involved in the effort. The volunteer medical service Secouriste Pour La Vie (SPV) was launched in 2017. Doctors, nurses and medical students offer their help in the event of accidents, natural disasters or during large public events. Hurricane Matthew was the major impetus for the group's formation.

During carnival season in Port-au-Prince, the SPV volunteers mix with the revelers. "We have divided our 32 members into four groups and stand at strategic locations in the city center," says Jean Doloreste Lajoie, a doctor in his mid-20s who helped found the organization. "We provide first aid and coordinate with the ambulance crews of the state civil defense." Accidents or fights are frequent occurrences during carnival. "We don't have ambulances yet, but our members are ready if anyone needs help," Lajoie says.

Dr. Galit Sacajiu, an American internist, wants to ensure that doctors and nurses in Haiti are trained to provide the best possible care during emergencies. She founded the nonprofit group Haiti Medical Education Project (HME) after volunteering in Haiti in the aftermath of the 2010 earthquake.

The group develops teaching plans, offers seminars via distance learning and runs training courses on the ground in Haiti. "Our focus is the training of doctors and nurses," Sacajiu says. "There are no clearly defined standards for emergency medicine in Haiti."

At Justinien University Hospital in Cap-Haïtien, a historic port town with more than 250,000 inhabitants, 20 participants are taking a training course. Oxygen masks, ventilation bags and other instruments from the ER are spread out on tables. A few life-size CPR mannequins are being used to practice cardiopulmonary resuscitation.

The doctors and nurses are learning up-to-date emergency medicine techniques and how to provide high-quality care for patients even when the medical equipment is poor. The courses were originally developed in 1996 for doctors in the U.S. state of Minnesota, where emergency physicians in rural areas also had to deal with limited technical resources.

"The curriculum is very realistic," says Sterman Toussaint, a guest lecturer. "Doctors and nurses form a team and are therefore trained together. That's something people here aren't used to." Teaching is carried out in Creole as well as French and English. "The participants understand everything more quickly when I speak in Creole," says Jerry Dely, a surgeon from Cap-Haïtien. "They're more relaxed, even though the material they are learning is complicated."

So far, 50 doctors and nurses have successfully completed HME courses in Haiti. Despite being exhausted after her first day in class, Woudline Begun is enthusiastic. "This course will help me," the nurse says, "because theory and practice are closely intertwined. This will improve our quality of care in the ER."

The young doctors and nurses training with HME hope that they will soon be able to offer their compatriots a level of medical care that meets international standards, particularly when it comes to emergency care. They also see the need for continuing medical education in Haiti that is both standardized and compulsory. Whether they can get the financial and political support from the government that these plans would require, however, remains to be seen. 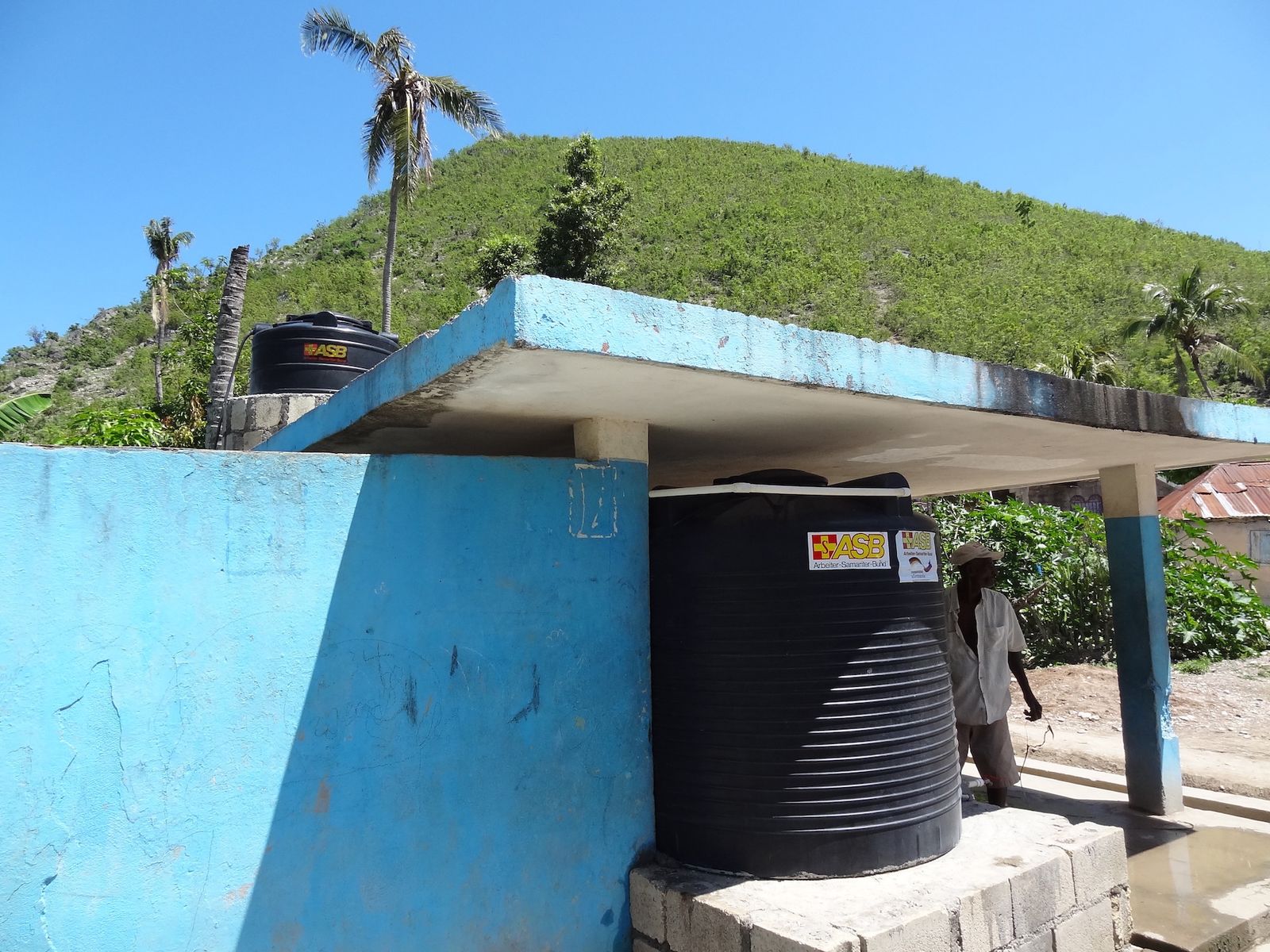 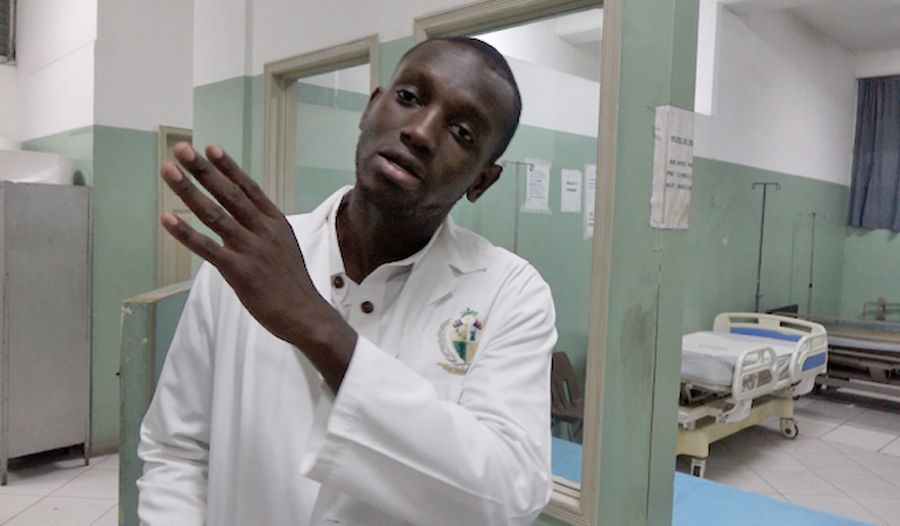 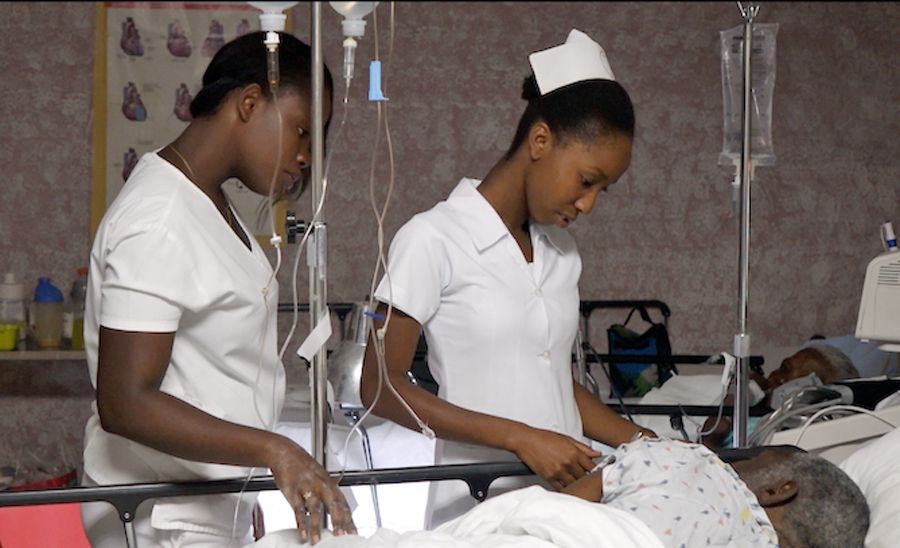 Nurses in the emergency room at the state-run Justinien Hospital in Cap-Haïtien, Haiti. 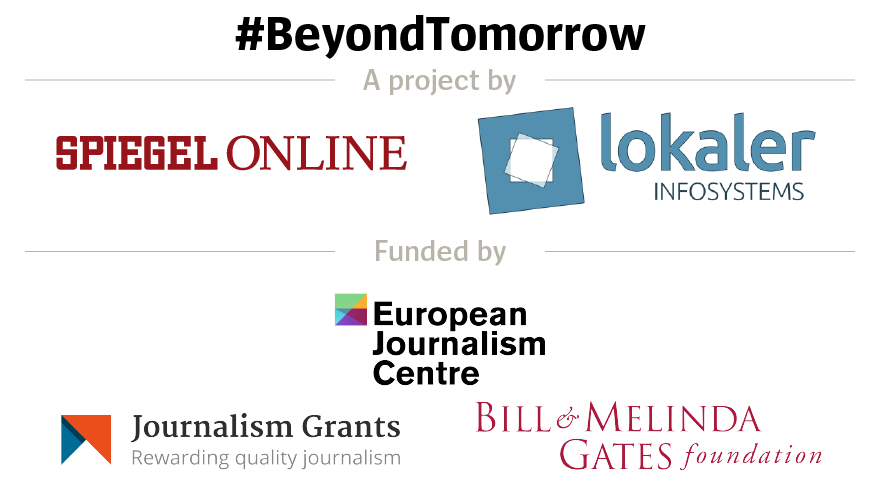