The postage stamps from Papua New Guinea are like a window into an exotic world for Verena Thomas. They show dark-skinned, colorfully painted people, strange jewelry and lush landscapes. The letters the stamps are affixed to were sent by her great uncle, Catholic missionary Johannes Nilles, in the 1980s. It was the first time that Thomas, then a girl living in the small German town of Hemmersdorf, learned about life in straw huts, about droughts and about other faiths.

Fifteen years later, in 2001, Thomas herself traveled to Papua New Guinea. Twenty-three at the time, she wanted to know more about how her great uncle, who had since died, had lived in a country that was so very different from their homeland.

There, she encountered the Chimbu people, a tribe that lives in a small highland province in the country's interior. For 54 years, until 1993, Nilles had been their chief, their father, their "papa," as they called him. He spoke their language and he took care of them. "I was overwhelmed by the warmth with which the people received me, because I was his great niece," Thomas says.

From Germany to Papua New Guinea

The media scholar has had a special bond to the country ever since and now even lives there herself. Like her great uncle, she also has a mission: She wants to use media to create a stronger networks between people. In doing so, she hopes to improve their health and education. At the University of Goroka, in the country's seventh biggest city, Thomas established the Center for Social and Creative Media six years ago. "I want to pave the way for people here to be able to learn from each other," Thomas says. "There are so many good ideas here, but they often get stuck in one place."

In addition to several film and documentary projects, an idea was also developed here for an app for midwives. The goal is to network these professionals so that they can provide each other with advice during difficult births in addition to expanding their knowledge. Together with the university's midwifery department, Thomas has determined just what the birthing experts need in order to provide the level of care they aspire to.

Mobile Network Could Save Lives

Thomas is being assisted on the project by the chair of the Information Management department at the University of Osnabrück in Germany, which is headed by her brother Oliver Thomas. "I'm fascinated by the fact that mobile communications in the country have surpassed the electricity grid," the business informatics specialist says. "That also provides an opportunity to improve health care."

Although only around 4 percent of rural residents have access to electricity, the mobile phone network is much better established. More than three-quarters have mobile devices. The Thomas siblings believe that if people were to actually use these devices to exchange information about medical questions, it could lead to considerable improvements in health care. Germany's Federal Ministry of Education and Research has backed the project with around 30,000 euros (34,000 dollars) in grants and the German Academic Exchange Service (DAAD) has also provided financial assistance.

One of the declared goals of the United Nations is to reduce global infant mortality and to improve the medical care provided to mothers. But Papua New Guinea is far from achieving this goal. In 2013, 5,005 children and 460 women died during childbirth. The maternal mortality rate is 36 times higher in Papua New Guinea than in Germany. The contrast in terms of infant deaths is equally dramatic: In Germany, only 2 out of 1,000 babies born alive die within the first 28 days. In Papua New Guinea, it's 25.

In a country where rugged, mountainous terrain cuts many homes off from the poorly developed network of roads, part of the problem in Papua New Guinea is geographical The roads to the tiny settlements are muddy, bumpy and winding. Around 87 percent of the country's 6.7 million people live in rural regions. Even villages that are located only a few kilometers from larger cities often lack any access to electricity or public water systems.

Bamboo huts are perched on stilts, with roofs made of grass and wood, cooking is done over an open fire and the journey to a hospital is too long and difficult for most when a baby is born. Only 53 percent of births in Papua New Guinea are attended to by trained health care experts. 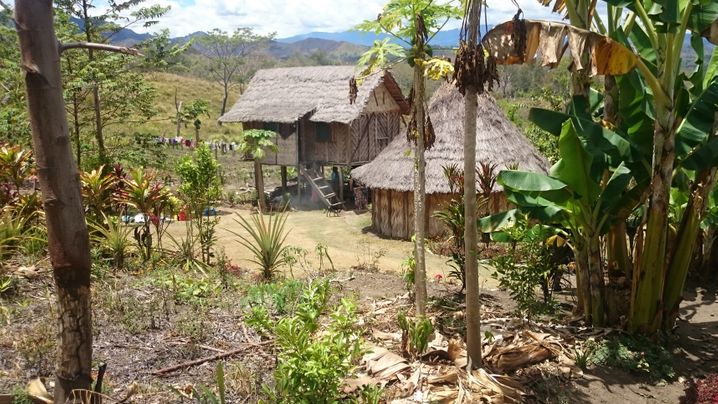 The rest require the help of experienced women and mothers. If they're lucky, they've at least heard of midwives before and how they help guide women through childbirth. The children are born in the huts or in the jungle on a mat made of a few banana leaves. In some regions, the umbilical cord is cut using mechanisms as crude as the edge of a shell, with babies often getting bathed in polluted river water. An infant's immune system isn't always prepared to fight the pathogens such water can carry.

When complications arise, there's often little else volunteer helpers can do but to wait things out with the expecting mother -- and to hope, even though it's often in vain. "Knowing that a child has died that could have been saved with professional help is often something that haunts a family for the rest of their lives," says Verena Thomas.

During their training at the university, midwives are taught a lot about birth: At the Goroka hospital alone, 600 babies are delivered each month. After finishing their studies, though, most of these new experts return to their home villages. Their contact with their fellow former students and to the university often fades and their knowledge ceases to develop and the process of forgetting sets in.

Midwives are taught their skills in Goroka before taking their knowledge with them back to the villages.

The new app seeks to address this problem. "The midwives want to be able to look up what they have just learned in order to make sure what they're doing is right," says Christina Niemöller, one of Oliver Thomas' Ph.D. students. Together with her colleague Dirk Metzger, the information systems expert has traveled to the country to visit the university, the hospital and the bamboo huts -- but also to try to better understand how the people here live and think. "Togetherness is one of the most important things to these people, and they also want to be there for each other," Niemöller says.

With many settlements not having anybody with medical training, it is important to the midwives that they be able to share their knowledge. The midwives, for example, can use training dummies in order to demonstrate to volunteer helpers how the birthing process works as well as to identify the different stages. The app provides convenient instructions for the dummies, which can be created using everyday materials.

Much of the content on the free app is also available offline, making it usable even if the mobile network goes down. "The exchange of information also happens within a closed group so that sensitive medical data doesn't get into the wrong hands," says Metzger.

The app is currently undergoing testing by midwifery students at Goroka. In the next phase this autumn, the midwives will be asked for their feedback and their suggestions will then be integrated into the app. Verena Thomas believes this is a particularly important step in the process. "Truly sustainable development can only work if people accept the project locally and assume control and responsibility themselves," she says.

Thomas today splits her time between Papua New Guinea and Brisbane, Australia -- a life she describes "having each foot in a different world." But her thoughts are still in Papua New Guinea and the midwife app won't be her last idea for the country. She wants to continue her educational work with her films, which share stories of local residents who have created something new on their own.

People like the woman who built a restaurant from scratch in Goroka -- an establishment that has since become the largest in the city. Or the wife of a village teacher who untiringly fights for improved medical care. "We're looking for and finding inspirational stories that we can then spread through the media," says Thomas. A missionary of a different kind. 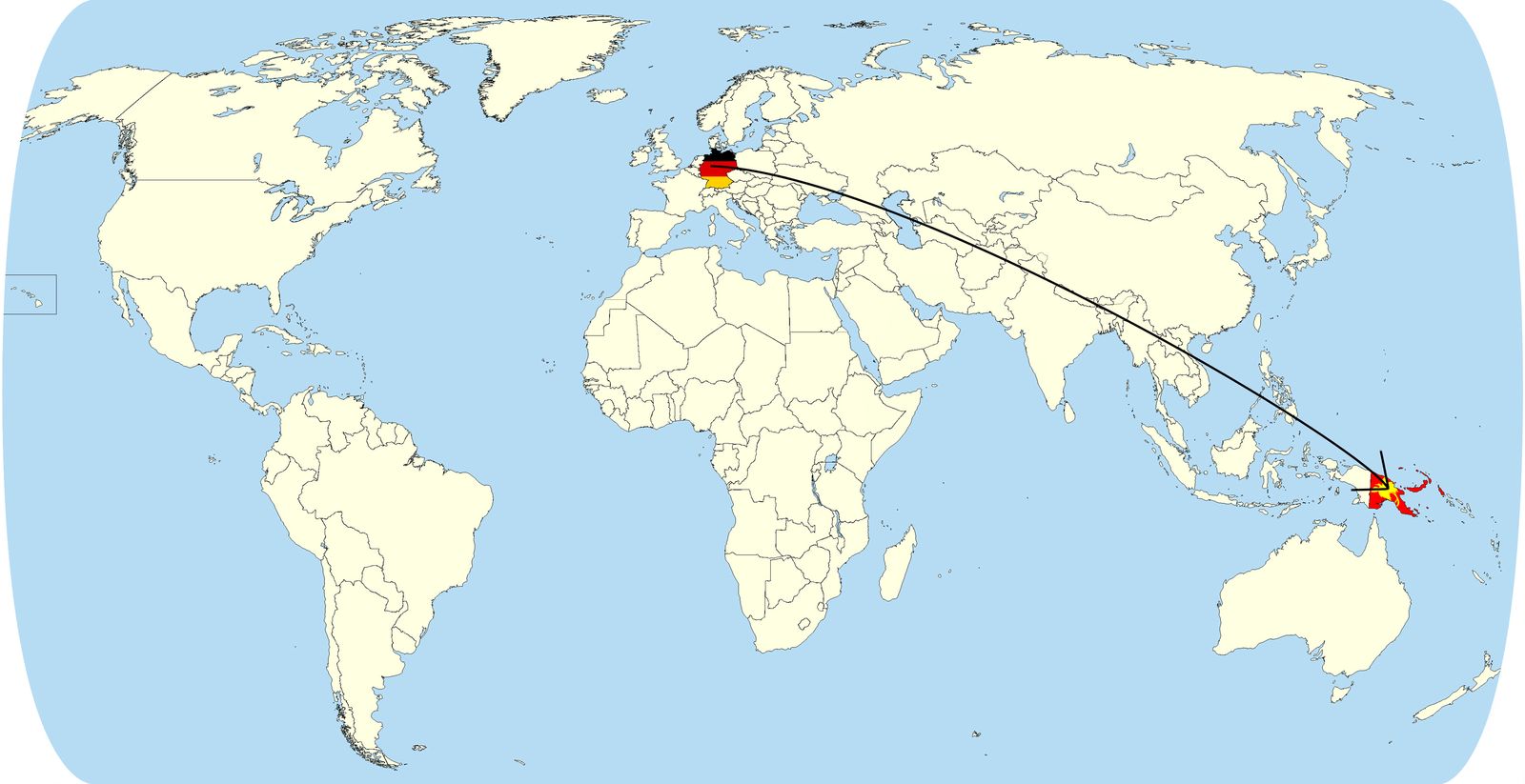 From Germany to Papua New Guinea 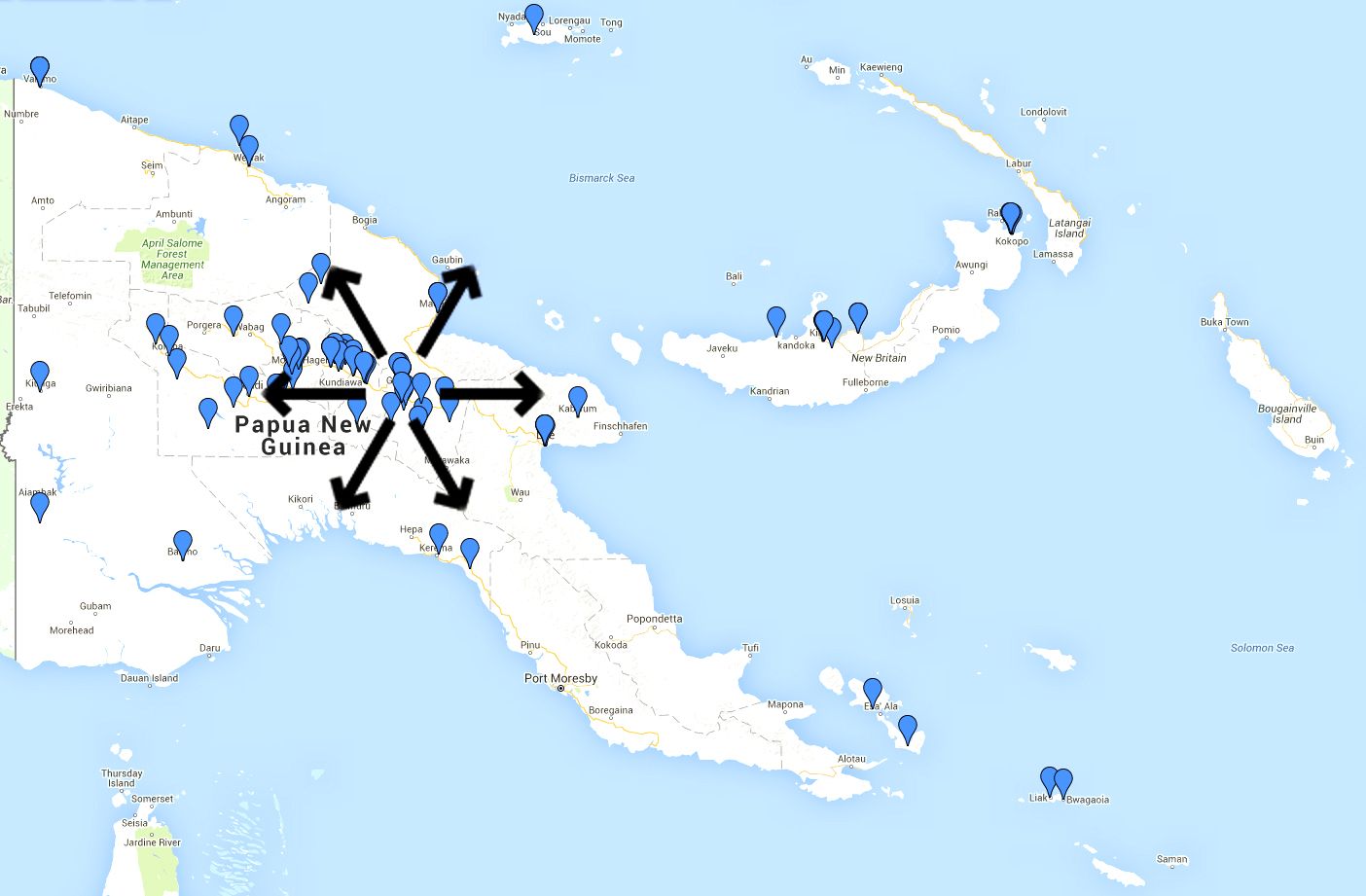 Midwives are taught their skills in Goroka before taking their knowledge with them back to the villages. 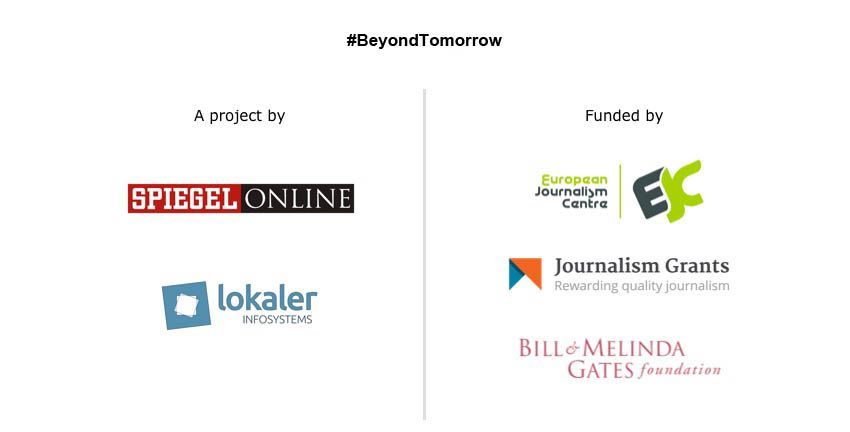