Shopping sustainably is a bit like searching for a unicorn: The product's CO2 emissions must be low, as should the amount of water used in its production. It shouldn't infringe on the habitat of endangered species or otherwise harm the environment, it should come from the region and farmers have to make a decent living producing it.

Anything else? Shopping sustainably is about as much fun as hanging wallpaper or filling out your tax return.

Luckily, there are many smartphone apps aimed at providing a helping hand. But which ones actually work? We have put together an overview of apps that are available on both iPhones and Android devices. The apps listed below are primarily German-language tools, since not all apps can be found in all languages and app stores. In general, however, similar apps can be found around the world. Finding and using them is worth the effort!

The All-Rounder -- That Unfortunately Can't Do It All

Scan the barcode and get all the information you need at a glance: That's the idea behind Codecheck and barcoo .

Both apps are able to use your phone's camera to quickly recognize the product number, and they also work well in low light.

The two apps reliably display the ingredients and nutritional values of the products scanned. Codecheck goes a step further to actually rank the merchandise, labeling them "recommended," for example, or "definitely avoid." Sometimes, though, the evaluations are contradictory.

Codecheck's best feature is that it suggests alternative products should the one you've scanned contain, for example, palm oil. If the product has an organic certification, the app provides information about the seal.

Barcoo's strength is providing information about the product's effect on your ecological balance. With a single click, users can see the amount of CO2 emissions or water consumption associated with the production of a liter of milk, for example. Were the two apps combined into one, the result would be an extremely useful tool. As it stands, users must choose what is more important to them -- or they have to scan products twice.

Certificate Identifiers -- Which Ones Really Help?

Seals and certificates are supposed to help consumers know what they are buying. But almost every producer has one these days and it has become difficult to see the forest for the trees. Luckily, there are several apps out there to help.

Our test found NABU Siegel Check (Seal Check), from Germany's Nature and Biodiversity Conservation Union, to be particularly helpful. The app allows you to scroll through a list of certificates to learn more about them or you can photograph the seal on the product to go right to that entry. The photo-search works well, though it occasionally confuses seals that look similar to one another. The app provides a concise yet useful explanation of what each certificate stands for, what criteria it prioritizes and which alternatives are available.

The apps Label-online and Siegelklarheit (Seal Clarity) aren't worth it. Label-online includes more certifications than the NABU app, but its evaluations are largely useless. Out of 574 seals, the app describes 368 as "particularly recommended," which is the best category. Furthermore, the app's evaluations aren't accurate. For example, the app lists the strict Bioland seal in the same category with the EU organic certification and says that the latter goes beyond legal requirements -- which is patently false.

Siegelklarheit specializes in clothing certificates and has also been criticized for its overwhelmingly positive evaluations.

Buying fish can be particularly challenging. Halibut provides just one example: If it is farmed in Europe, it is unobjectionable, but if it comes from the wild population in the Atlantic, it should be avoided.

There are a huge number of sustainable seafood apps that help you know what fish to buy and what fish to shun. Most of them tend to use a traffic light rating system, helping you determine if you can consume a particular kind of fish with a clear conscience. The WWF seafood app additionally explains the best-known seafood certification seals, such as the one from the Marine Stewardship Council. WWF's English-language app, called Seafood Watch , is particularly helpful, providing brief summaries for shoppers in a hurry.

Seasonal Calendars -- A Right Time for Everything

In supermarkets, you can get whatever you want, no matter what season it is. But there are apps available to tell you when different fruits and vegetables are in season where you live.

The free app aid Saisonkalender prepares the information you need in easy-to-read graphics. The pay alternative, Kochgeplauder , allows you to combine several ingredients at once. The English-language app Seasons , which is only available for iPhone users, provides information about both local seasons and import seasons.

Why bother shopping sustainably if half of it ends up in the trash? The apps Beste Reste (Best Leftovers) and Love Food Hate Waste help you come up with great dishes using the leftover ingredients you have in your refrigerator.

Users of Beste Reste simply enter up to three ingredients and the app displays a recipe using those items. In addition, advice is provided for how best to store different ingredients so they stay fresh longer. The English-language app Love Food Hate Waste is more difficult to use, but it has more recipes in its database. 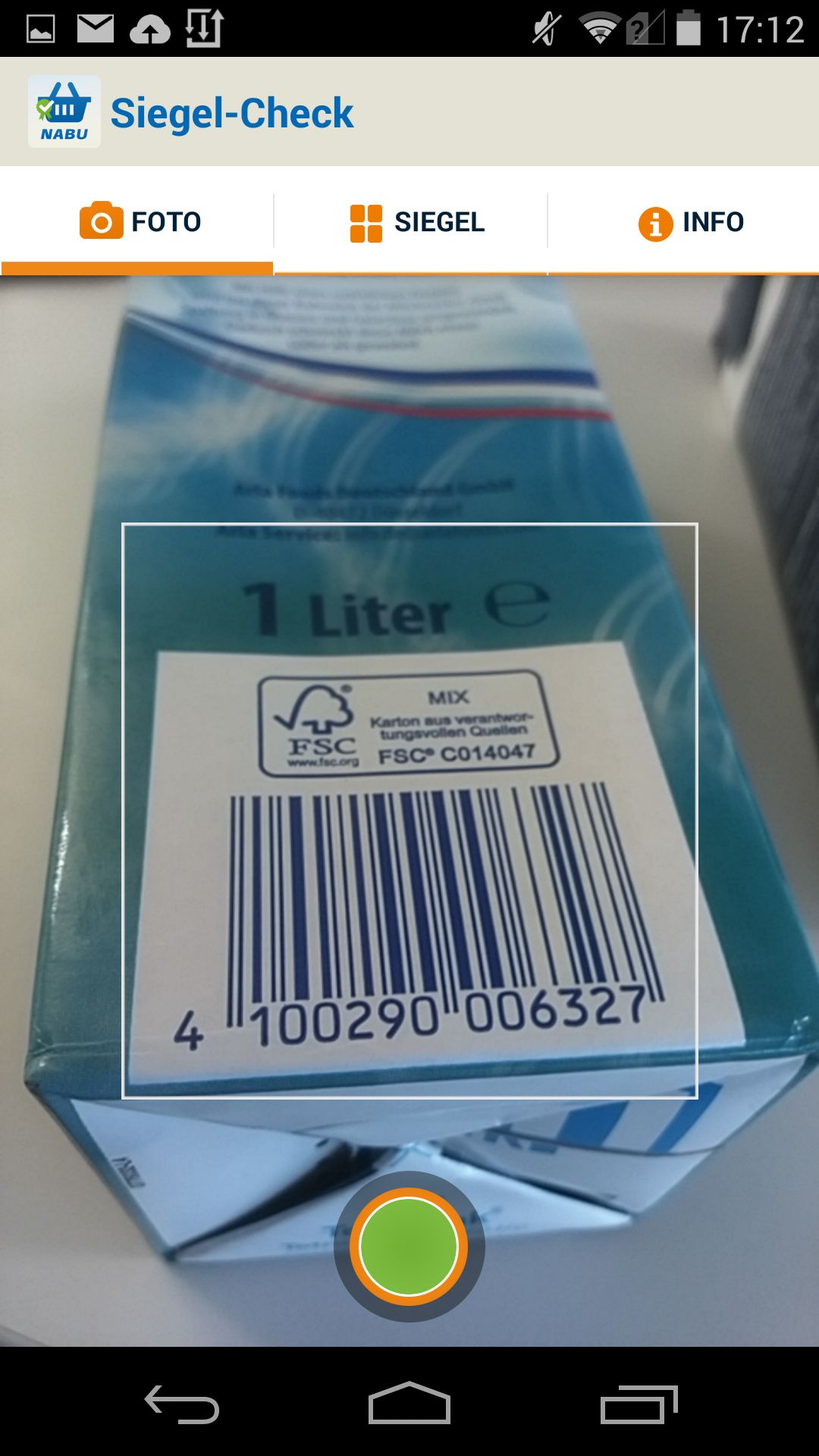 Seal Check, by a German conservation organization, allows you to scan the seals of products with your mobile phone in order to obtain information about a product's organic or environmental standards.