Over and over again, we are reminded of the horrific rule, with a particularly stark example coming in 2010. That year, large cities in Haiti and in New Zealand were hit by earthquakes just a few months apart. The tremors were of the same magnitude, were both quite shallow, had their epicenters not far from large cities and similar causes.

But there was one decisive difference: In Haiti, well over 100,000 people lost their lives, and possibly more than 200,000. In New Zealand, however, the only damage was to buildings.

The horrific rule is that natural catastrophes most often strike poor countries. Storms, earthquakes, floods or droughts only become disasters when residents are unable to sufficiently protect themselves against the dangers.

A new list now shows the degree to which countries are threatened by natural catastrophes. The World Risk Index, published by scientists from the United Nations University and from development organizations, is strikingly simple: The higher a country is ranked, the greater the chance that its inhabitants will die in a natural disaster.

At the very top of the list are Pacific island nations. Vanuatu and Tonga are at risk of earthquakes, tsunamis and storms while the Philippines must also deal with volcanic eruptions and landslides. Residents of Qatar and Malta are at the least risk of natural disaster while Germany is ranked 147th of the 171 countries evaluated.

In compiling the 2016 World Risk Report, released on Thursday, scientists gathered data pertaining to a wide variety of factors, including the number of people in each country exposed to natural hazards, the vulnerability of its transportation routes, housing and paths of distribution and its economic output. The report also takes into account a country's food supply, medical care and political situation in addition to social welfare, education, research and early warning systems. Some countries were not included in the index due to a lack of sufficient data.

Listed in 17th place, Japan is ranked highest of all highly developed nations and is grouped among those countries most at risk of natural catastrophe -- despite the fact that Japan was found to be extremely well prepared to withstand natural events. The country, however, is among the most exposed countries on Earth, as tsunamis, earthquakes, typhoons and volcanic eruptions in recent years have clearly demonstrated. 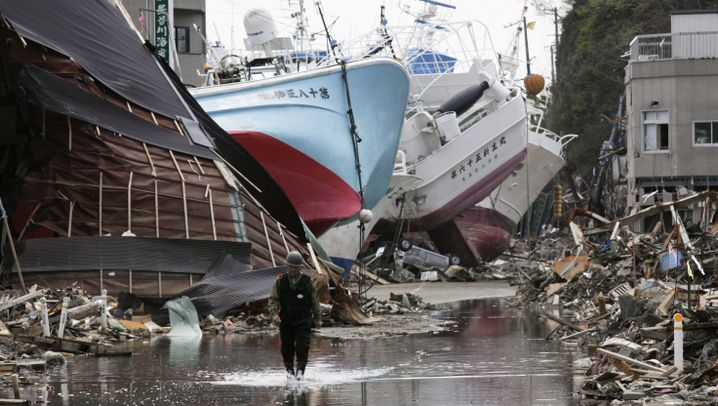 The Netherlands is the next rich, industrialized country to be found on the list, in 49th place. Protected by dikes, much of the country is located below sea level and climbing sea levels present a growing threat. Chile, in 22nd place, and Serbia, at 68, are also highly ranked despite their relative prosperity. Greece, in 76th place, is primarily threatened by earthquakes and tsunamis.

Despite the apparently precise rankings, the calculations used by the World Risk Report are not based on exact measurements, but on approximate estimates made by thousands of experts. The list does, however, make clear which countries could experience particular difficulties when it comes to dealing with a natural event.

Where Are the Hospitals?

The report places particular emphasis on infrastructure. How effectively can a country react to a significant natural catastrophe? Are there sufficient roads and airports for aid services? How many hospitals are there? Will the power supply continue to function in an emergency?

Even the United States is lacking in this department, as Hurricane Sandy, which struck New York City in 2012, demonstrated. The complete failure of the power supply significantly complicated rescue efforts.

The report shows that almost all South American countries have serious deficiencies in their ability to respond to disasters. In Africa, only South Africa, Morocco, Ghana and Namibia are even moderately prepared.

Many places also lack emergency escape routes. In Africa, there are only 65 kilometers (41 miles) of paved roads per 100,000 residents, compared to 832 kilometers in Europe. Those countries that have few alternative routes fared poorly in this category of the World Risk Index.

Flooding in Thailand in 2011, for example, also affected the airport in Bangkok, but there were plenty of other means available for transporting relief aid into the country than just airplanes. But that wasn't the case in Nepal after the 2015 earthquake. The country's only international airport was too small to handle the aid deliveries necessary to cope with the devastation. Large parts of the country's road network had been destroyed, meaning deliveries couldn't get to where they were needed.

The Dangers in Rapidly Growing Cities

The index only considers risks associated with natural disasters and a country's ability to cope with natural events like earthquakes and flooding. That is why countries like Saudi Arabia (third best at 169th) and Egypt (158) have a better ranking than Switzerland (155), Austria (135) or Britain (131).

Switzerland, just like the Rhineland in Germany, could be shaken by a strong earthquake. Central Europe, meanwhile, is at risk of powerful storms. Insurance companies presume around 100 billion euros in damage and many dead in forecasting such events.

Residents of rapidly-growing cities are particularly exposed to significant natural disaster risks. Illegal and unplanned housing, for example, reduce the effectiveness of early warning systems and make it more difficult to respond to natural disasters.

Experts propose a number of precautionary measures -- especially when it comes to larger buildings such as hospitals, schools, hotels and commercial buildings. The larger rooms on the ground floors of such structures support the floors above and even mild temblors could cause them to collapse.

Large new buildings like schools should also be convertible into emergency shelters when powerful storms strike, such as in Bangladesh. Furthermore, roads should also be able to function as drainage canals after a typhoon, as is the case with some roads in Japan and Malaysia.

In a recent analysis, the World Bank also pointed to another inexpensive means of reducing potential harm during natural disasters: Changing laws to strengthen ownership rights. If people are certain of their ownership, according to the argument, they are likely to do more to maintain it.

Warning systems also need to be improved. The report notes that it's often in the final kilometers that efforts to protect those in danger fail. Even when countries are able to sound the warning alarm thanks to electronic early warning systems, they often fall flat because the warnings are not passed on at the local level in towns and villages.