María Rebeca Pérez was 19 when she realized she had no way out. She was already the single mother of a small child and didn't know where she was supposed to get the money to provide for it. In the Quiché Department of Ecuador, home to the indigenous K'iche' people, there isn't much work to be had and Pérez had dropped out of school in the eighth grade, when she got pregnant. In her desperation, she decided to emigrate.

It was her brother who talked her out of it. He was afraid that she might die on the way and he did all he could to convince her that the fight for survival in the United States would be just as difficult. He also promised to buy her a sewing machine if she agreed to stay.

"I had no idea how to operate the thing," she says, "but I sat down and taught myself." She sewed huipils, the traditional, colorfully embroidered garments worn by indigenous women in Central America, and began earning enough to at least pay for food. Still, while it was sufficient for survival, there wasn't much leftover for life.

Then, three years ago, she began training to become a farmer, with assistance from a program run by the Food and Agricultural Organization of the United Nations (FAO). She set up greenhouses and learned how to grow tomatoes in addition to buying herself two chickens. She now has hundreds of hens and sells the eggs to schools. "Things improved step by step," says Pérez, who is now 25. "We don't have to emigrate to get by, but many young people don't understand that."

Every year, thousands of people, many of them young, leave Central American countries like Guatemala, Honduras and El Salvador – fleeing poverty, unemployment and, in many cases, gang violence and the consequences of global warming, like droughts and flooding. Many are hopeful of finding a better life in the U.S., even if such dreams are only rarely achieved.

The trip north is a dangerous one, with most emigrants getting stuck in Mexican border towns – if they get that far. And both the U.S. and Mexico frequently deport migrants back to their home countries.

Still, despite the ongoing coronavirus pandemic, new caravans of would-be emigrants continue to depart from countries like Honduras, and the International Organization for Migration believes that many others have merely postponed their emigration plans until the pandemic has faded. The crisis, after all, has worsened the situation for many, with hundreds of thousands having lost their jobs. The gray economy, which employs fully two-thirds of workers in Guatemala alone, has been especially hard hit.

To provide real opportunities for the younger generations in Central America, the governments should start with the children, believes coffee farmer Israel Rodríguez, who lives in Los Pinares, Honduras. "Unfortunately, education frequently isn't good enough," says the 26-year-old, who used to work as a teacher.

He says there is a lack of materials and a shortage of teachers, in part because they are so poorly paid. Many children, he adds, have trouble concentrating or have to work in addition to their schooling. Most can't even imagine going to university, much less afford it – especially since many can't even pay for a bus ticket to the next city.

The region where Rodríguez lives is dotted with small, isolated settlements, with only 60 people living in his village. Most people are subsistence farmers, just surviving from day to day. Only very few managed to make any sort of profit – and to plan for the future.

"Many here want to emigrate because they can only find temporary work here or none at all," says Rodríguez. "It's too bad, because really we should be motivating young people so they can advance, providing them with additional qualifications to improve our economy and secure the future of our villages."

That is precisely the goal being pursued by local and international organizations like the FAO. Experts are helping farmers introduce new technologies, for example, in addition to providing start-up financing or helping out with the purchase of necessary machinery. The point is to help farmers ramp up production to the point that they have extra fruits, vegetables or coffee to sell.

Israel Rodríguez learned two years ago, for example, how to improve the quality of the coffee he grows, and he is now trying to pass his knowledge on to younger farmers in the area. "I would rather improve the situation here than emigrate," he says.

He hopes that his coffee plantation will eventually generate enough profit to enable him to build a house. For the time being, he is still living with his parents and working part-time jobs on the side – building furniture or helping educate families about the coronavirus for a health project.

Know-how and contacts help founders like Rodríguez professionalize their operations, and coffee expert María Cedillo Chávez from Guatemala assists young entrepreneurs in the process. She studies agriculture and works for the NGO Comunidades de la Tierra, which provides founders with the knowledge they need. It also helps them network with multinational companies to help them access new markets and generate higher revenues.

"There are a lot of people who grow coffee, but it's frequently not very good and their processes are often uncontrolled," says the 22-year-old. "It takes a lot of work and a lot of patience to produce specialty coffee." She tells farmers what the beans need, how to fertilize the plants, and how to harvest, sort, ferment and dry the beans.

The young woman says she has never really considered leaving the country. "I haven't had any time for that," she says. "My dream is to become a well-known coffee specialist, to contribute to the development of my community and my country, and to provide an example for others."

María Rebeca Pérez, who almost left the country before working her way up from sewing to running an agricultural operation, has become an example to others in her village. But it was a tough road, in part because she is a woman.

"Early on, people didn't know me and didn't want to buy anything from me," she says. "They often didn't believe me that I really did have the capacity to fill large orders." When that happened, Pérez would give the potential customer a tour of her farm to prove that her greenhouses and batteries of laying hens actually existed.

Though her company is now doing well, she knows that she can't rest. Currently, she is concerned about cheaper egg suppliers from Mexico who are trying to push down prices.

The young woman, who used to avoid speaking with people out of shyness, now goes out to visit schools. She asks about the schoolchildren's eating habits and about products they might still need – all part of her effort to offer schools healthy, locally grown food. She also cooperates with other farmers in the area so that they can increase the variety of products on offer.

Currently, the 25-year-old employs seven people from the village, who pack and deliver her produce and monitor quality. She usually works from home, taking care of her two sons, aged five and nine, at the same time. And she no longer has to worry about having enough to keep them fed. 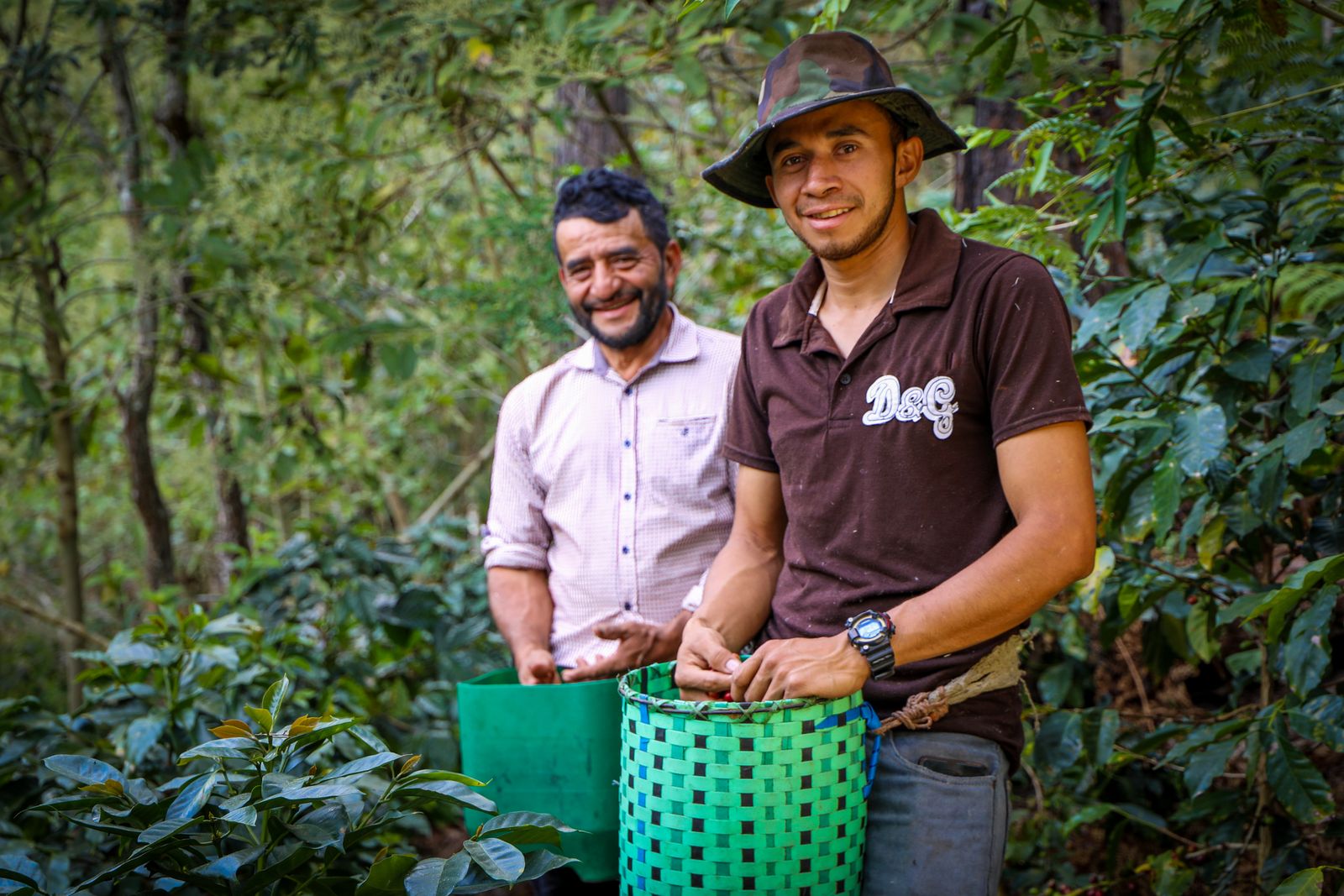 Coffee farmer Israel Rodríguez (right) hopes that he will one day be able to build a house. 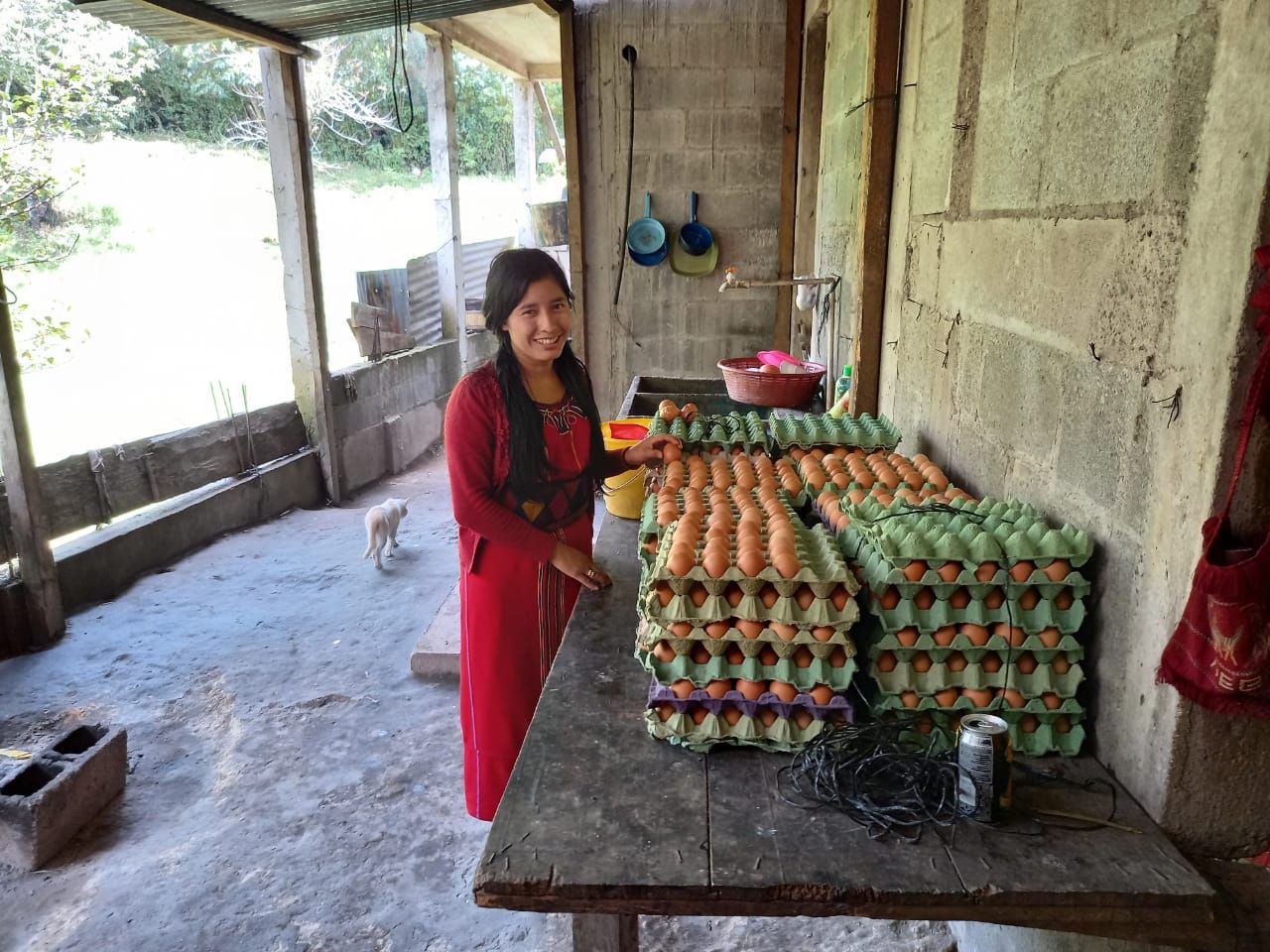 María Rebeca Pérez, 25, almost left Guatemala for the U.S. several years ago. Now, she runs a farm and has seven employees. 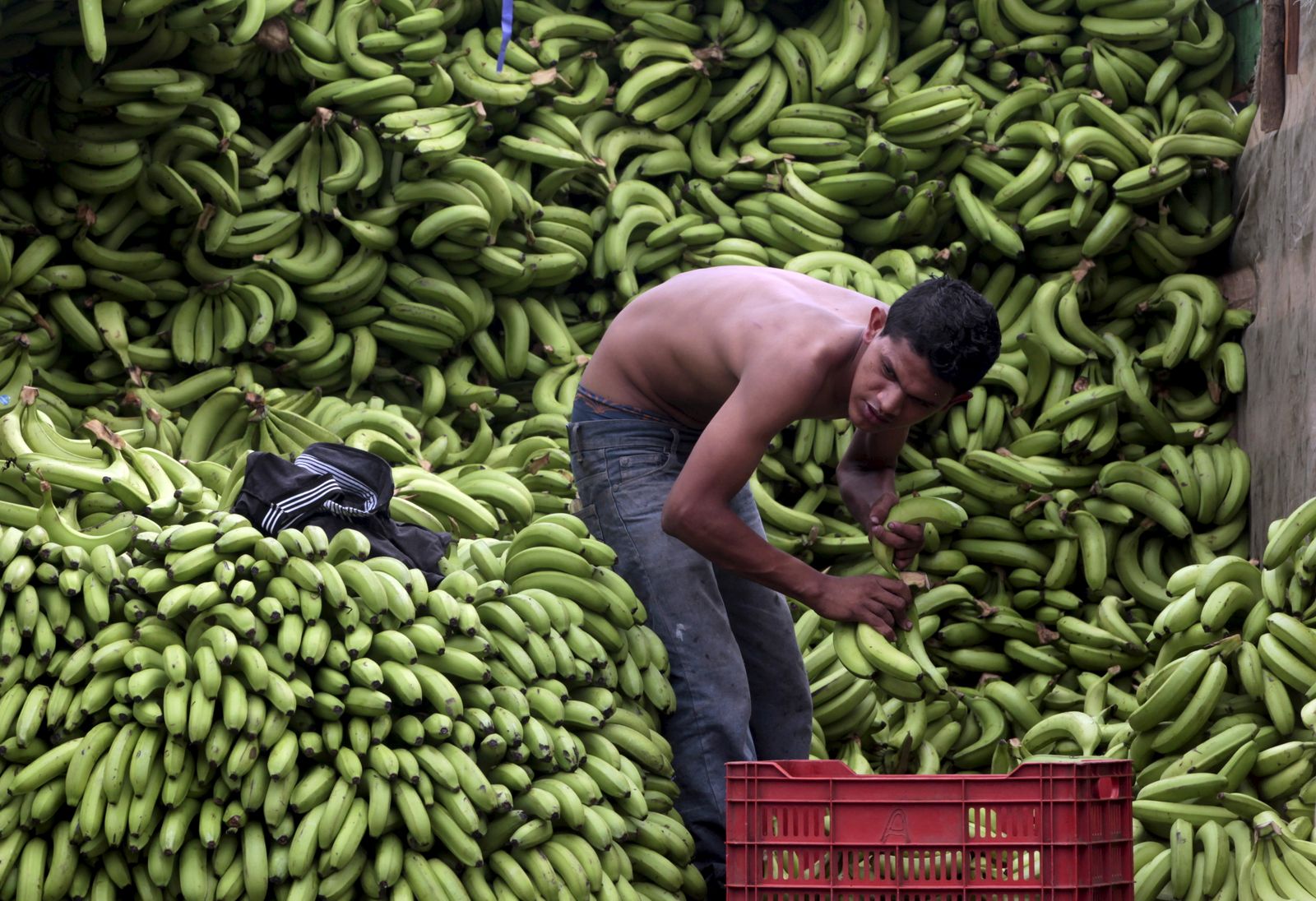 Most people in Central America work in the gray economy - without social insurance and often with inadequate pay. 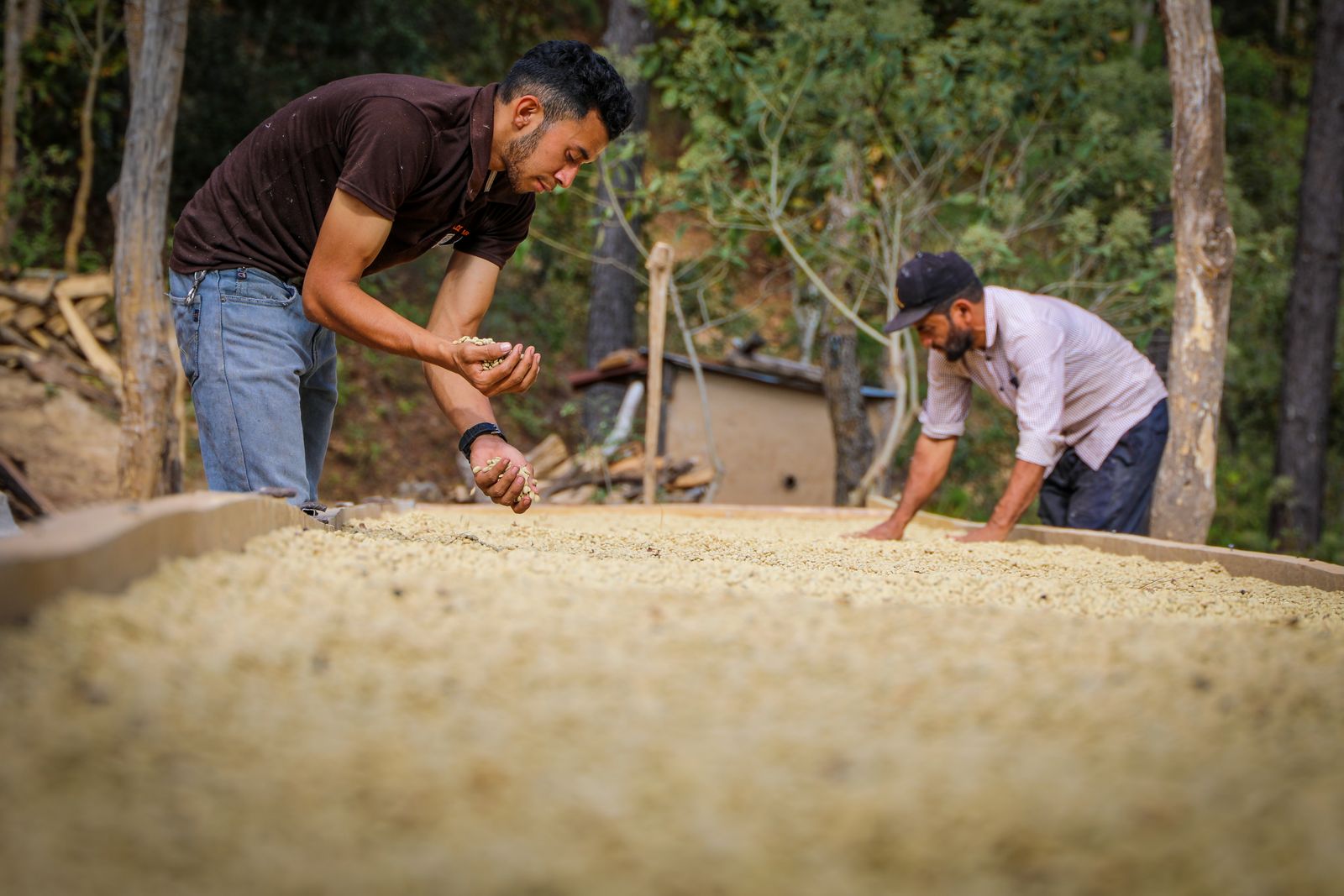 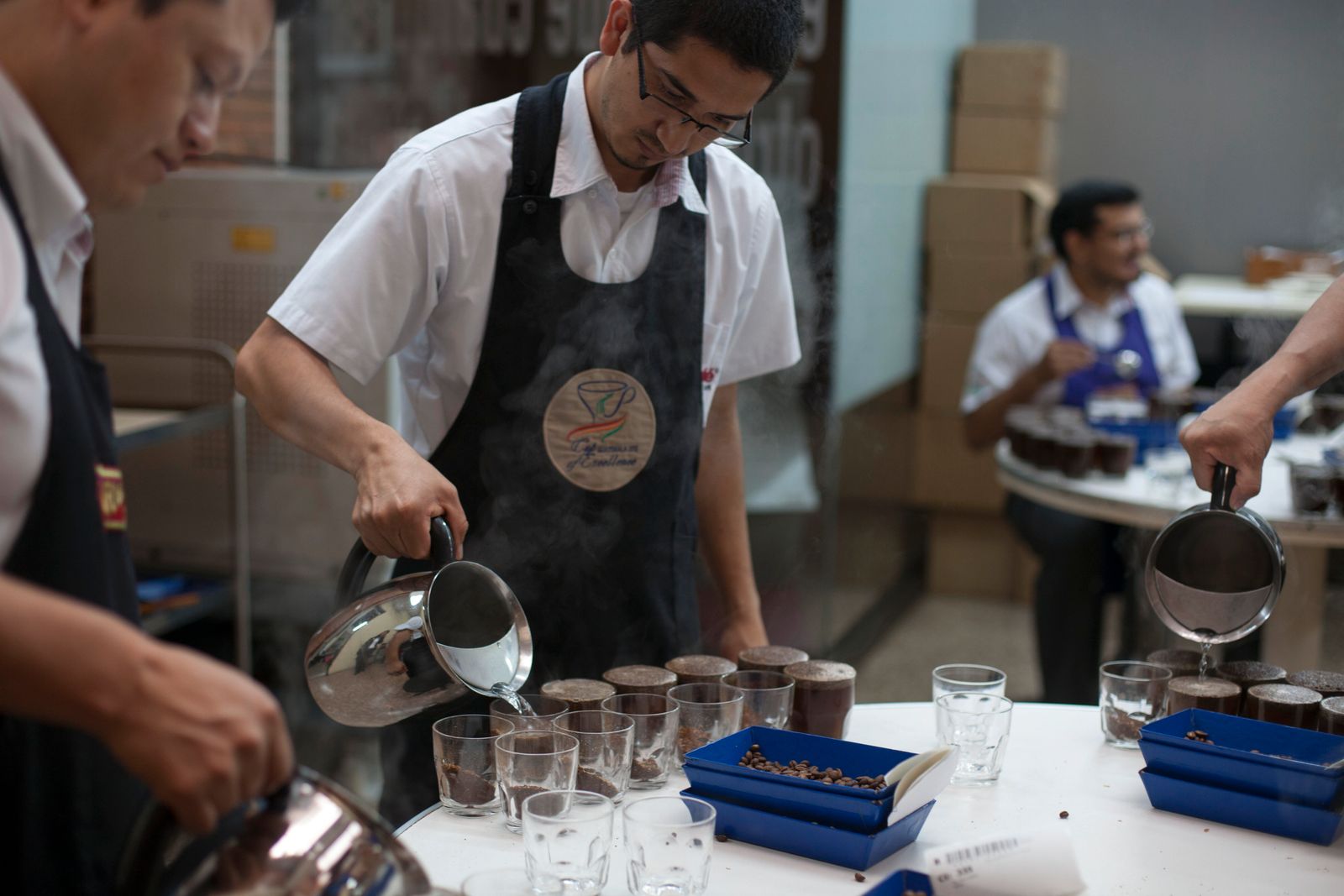 A lot of coffee is grown in Guatemala, but there is a big difference between standard coffee and specialty coffees. 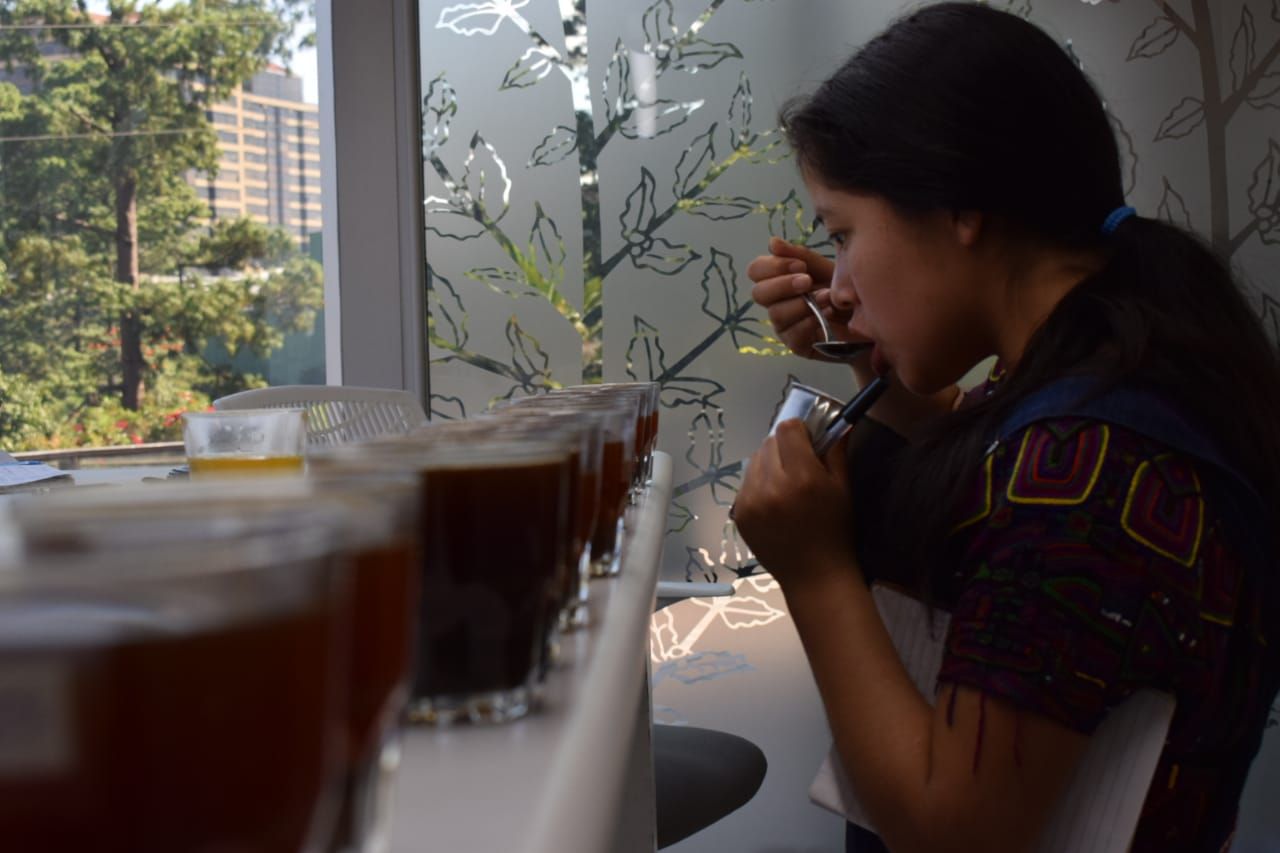 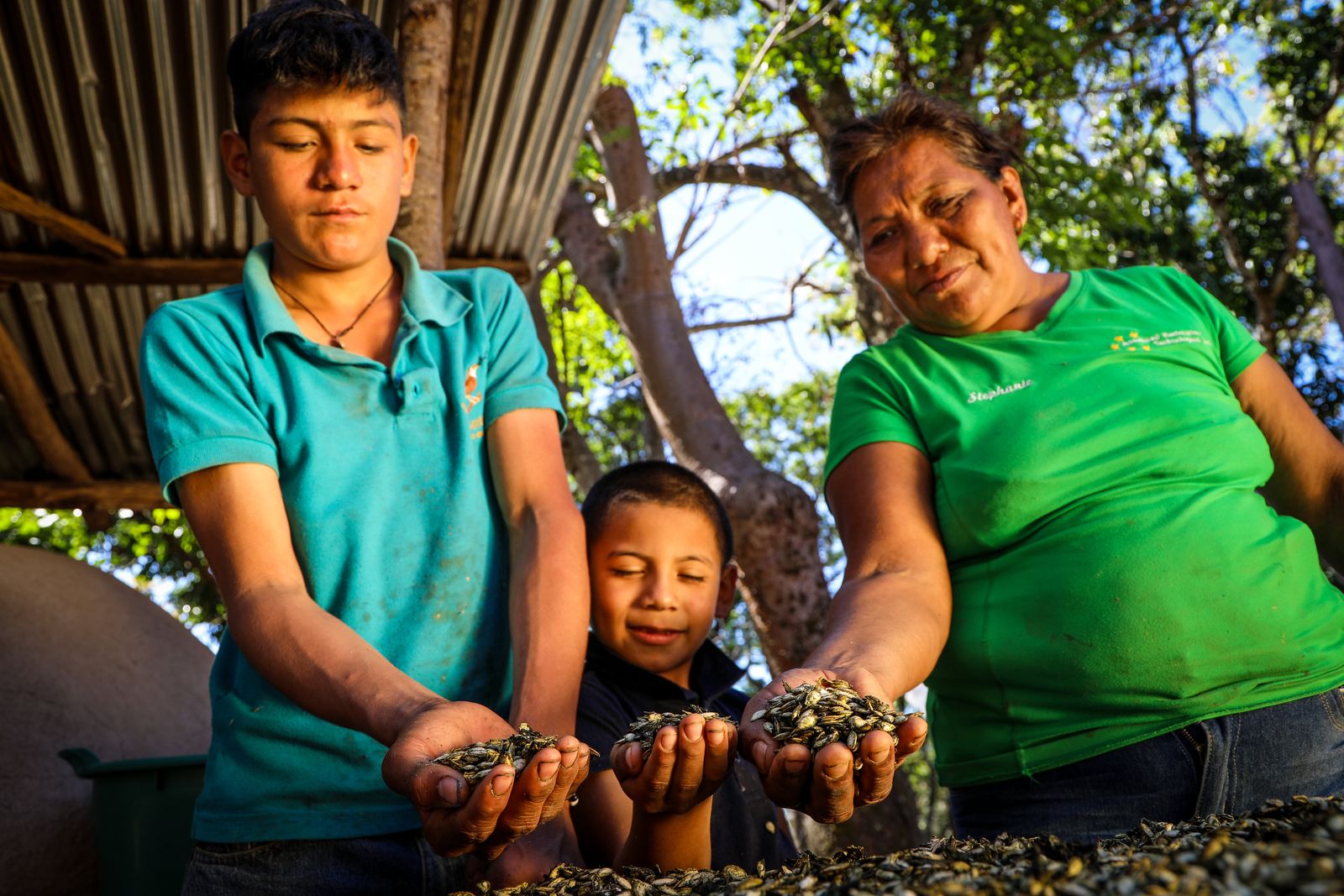