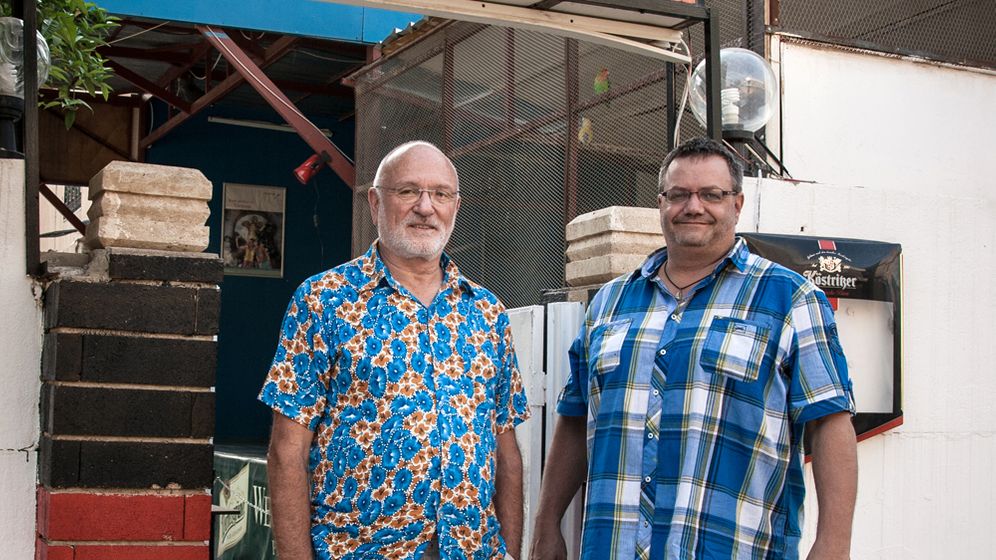 Barbed wire curls on top of a wall painted black, red and gold -- the colors of the German flag. In front of it, 49-year-old Gunter Völker sits in the garden of his restaurant "Deutscher Hof" in Irbil. It's a quiet afternoon in the northern Iraqi city. Just before sunset, the guests will start arriving to order dark beer, bratwurst and spätzle -- a pasta-like specialty from southern Germany.

When Völker is asked about Germany he gets huffy. "What would I want there?" he says. Work in Germany doesn't pay off, he says. His mother, on one of her twice-yearly visits to Irbil and known to the restaurant's 17 employees as "mama," agrees. Back home in Tabarz in the Thuringian Forest, she and her adventurous son are exciting sources of village gossip. But that doesn't bother them. "Money lies on the streets here in Irbil, you just have to bend over" to pick it up, says Völker.

Völker has reconciled the German concept of Gemütlichkeit ("coziness," often associated with restaurants or bars) with the turmoil of former war zones and turned it into a successful business model: beer mugs and waiter's aprons instead of Kalashnikovs and camouflage. He opened his first restaurant in 2003 in Afghanistan's capital, Kabul. The second, in Iraq, was opened in 2005. Together with his business partner, Völker is currently planning a third restaurant in Sri Lanka -- not in the quiet south, but in the former civil war zone in the north of the island.

Völker is neither a madman nor an adrenaline junkie. His enterprise is based on a simple model: He looks for places that have a shortage of restaurants and surplus of expatriates who are willing to pay. Places that are difficult, but not dangerous.

From Army Chef to Entrepreneur

Irbil is quiet -- there hasn't been an attack here in years. The area belongs to the Kurdish regional government, and unlike in Kirkuk, about 100 kilometers away, Irbil is largely unaffected by disputes with the central government in Baghdad. Oil production has allowed the region to boom. Innumerable construction sites line the main roads, and those who can afford it go shopping in huge suburban malls similar to those in the US.

Völker likes the feeling of change in the air, an atmosphere that promises new beginnings. He's felt that way since he was 26.

He recalls "strolling along" at protests against the East German government, and eventually applied for permission to leave the country. Instead of an approval, the regime sent him his draft call for the National People's Army. Six days after he was enlisted, the Berlin Wall fell. And Völker found himself in the army of a dissolving state. It was a "nice, explosive" time, he says today.

Völker, a trained cook from Thuringia, remained a soldier, but in the Bundeswehr, the German armed forces. He cooked in Sarajevo and Kosovo, and his camp soon became a meeting point for civilians and soldiers, natives and foreigners. That was when he realized that there was an alternative to the army and to boring kitchen-jobs in Germany.

He teamed up with a non-governmental organization and made the daring move to open a restaurant in Afghanistan. Kabul was "a budding city" at that time, Völker says. Business went well for four years. Then it became too dangerous for Germans, and Völker left. His employees locked the door one night and didn't come back. As far as Völker knows, the facility might still be standing. He doesn't know for sure, nor does he really care. He's said goodbye to the €30,000 he invested in the project.

Nowadays Völker is much more concerned with teaching the Sri Lankan waiters how to correctly mix a "sex on the beach" cocktail. He plans on managing the new restaurant with two other Germans, even flying them to Iraq to show them how his business there works.

Deutscher Hof is open 12 hours a day, from noon to midnight, seven days a week -- Christmas Eve is the only day it's closed. The beer is imported from Germany -- half a liter of draft beer costs around €5 ($6.50). The restaurant makes its own bratwurst, true to the traditional German recipe. For the equivalent of €9.50, customers can also get sauerkraut, mashed potatoes and gravy. The food has caught on even among the locals. The restaurant's 260 seats are often taken, and waiters can count on $250 to $300 in tips every month.

Völker has 17 employees and pays them $800 to $1,800 a month. The head chef is an Iraqi Christian who fled anti-Christian riots in Mosul. His cousin is the shift supervisor. At the restaurant they work alongside Muslims, Hindus, Buddhists, Catholics, Yazidis and Protestants.

Völker is proud of that. "We are a mini United Nations," he says. They have the usual minor disputes, but otherwise it runs quite smoothly. It's just the "sex on the beach" mix that isn't quite right. Even the second attempt doesn't satisfy the boss. So he orders a third. 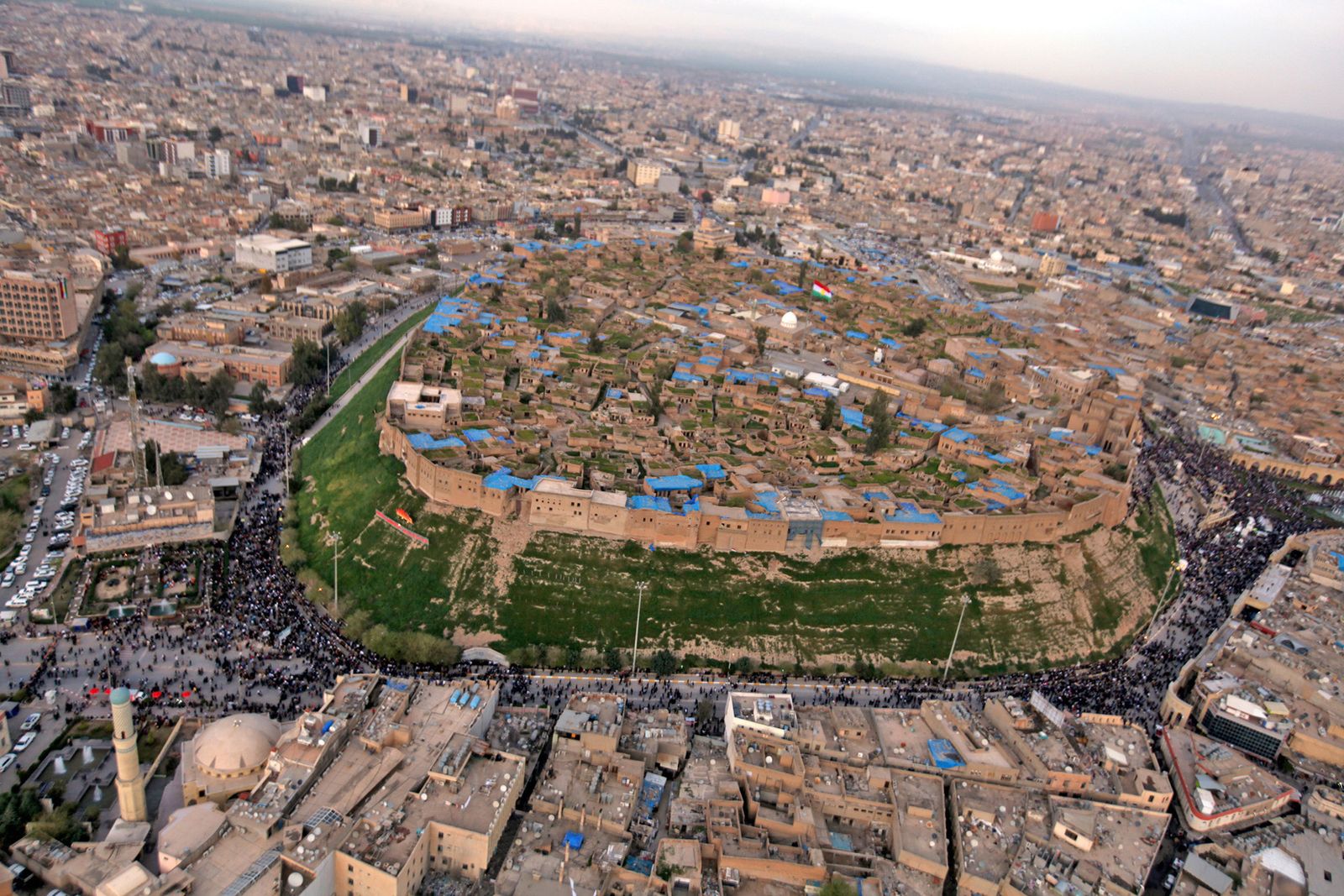 Völker deliberately searches for cities that are in a difficult state, but not dangerous. The security situation in Irbil in northern Iraq is stable, and the economy booming. The city even wants to become a popular destination for tourists. The ancient citadel is under renovation at the moment.