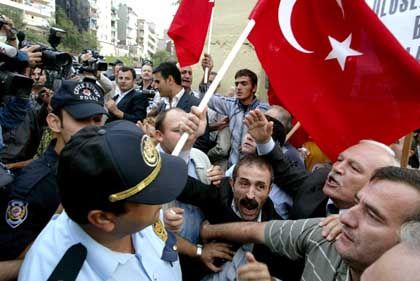 Prime Minister Recep Tayyip Erdogan prevented the worst from happening, but protesters stil turned out to try to disrupt a recent conference on Armenia.


For a section of the Armenian diaspora and more than a few narrow-minded critics of Turkey in Europe, he is "contradiction personified." In fact, he should not even exist. Hrant Dink is an Armenian in Turkey, actively supporting the Turkish democratic movement and sensing an opportunity for reconciliation with his own history. But Dink, and others like him, are caught between a rock and a hard place.

The editor-in-chief of Agos, the Armenian-Turkish weekly newspaper, is not short of adversaries. At the forefront are the Turkish Ultra-Nationalists, who would like to see him silenced sooner rather than later. Their allies in Turkey's judiciary underlined these sentiments again recently. On Oct. 7, an Istanbul court sentenced Dink to six months in jail for a "crime of ideas." The sentence was suspended on the grounds that he had no previous convictions.

Dink's case highlights the flaws in the new Turkish penal code. It gives reactionary judges and prosecutors ample scope to position themselves consciously as the protectors of true "Turkishness" and to thwart Ankara's efforts to bring about reform. Indeed, elements of the judicial apparatus are quite blatantly set against the European Union aspirations of the AKP government and the Turkish civil rights movement. By putting intellectual figureheads like Dink or the German Publishers' Association Peace Prize Winner Orhan Pamuk in the dock, the judiciary is sending unequivocal signals to Ankara and Brussels. The timing of the charges is anything but coincidental. Reactionary forces in the justice system are thus adding timely weight to opposition of Turkish entry into the EU, whether those opponents are in Turkey itself or in the European Union.

"We know very well what happened," Dink said. If the conference on the historical question of Armenia had been cancelled yet again, shortly before the slated start of EU accession talks on Oct. 3, Turkish opponents of entry to the EU would likely have had a major victory on their hands.
Derailment was ultimately only avoided thanks to an unlikely alliance between liberal civil rights campaigners and Prime Minister Recep Tayyip Erdogan's Islamic-Conservative government. 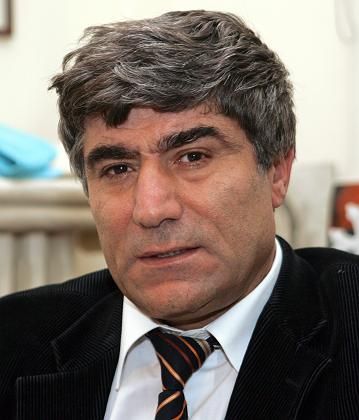 This was not exactly what the ultra-nationalists had in mind.

Yet even as the protesters gathered in numbers outside the conference center to exercise their democratic right to free speech, they at the same time wanted to deny those talking inside the same right. Turkey is going to have to get used to this sort of schizophrenia, which is symptomatic of the pain that comes with reform, as felt by reactionary sections of the population and the state.

Dink's courageous efforts as one of the organizers were a major catalyst in making the conference actually happen. Even the most ardent skeptics with regard to the killings were swayed enough to reconsider when challenged by the compelling Dink. Many in the crowd of scientists, intellectuals, politicians and journalists were moved to tears as he spoke of an Armenian woman from the Turkish town of Sivas. It was the story of a woman who had lived in Paris and whose greatest wish was to be buried in the place where she and her ancestors had lived for centuries.

The telephone calls that followed Dink's television appearances have become legendary. Some Turkish people come forward to reveal Armenian roots which they have hitherto kept hidden. Others report traces of Armenian life in their local areas and ask for assistance in preserving this cultural legacy. On one occasion, a whole village turned up in the newspaper offices: descendents of Turkish Armenians who had fled for safety to their Alevite neighbors in the Tunceli region (Dersim) in 1915, when persecution was at its worst.

Dink's prime concern is the future of Armenian and Christian minorities in a cosmopolitan, secular Turkey as part of Europe. He is intent on looking forward, not wanting the past to stand in the way of the future. Facing up to the past should, in his eyes, find its way onto the agenda as part of a natural process of increasing freedom of opinion and democracy. Turkish acceptance of the claims that genocide was inflicted on the Armenian people is being touted by some as a precondition of Turkish membership in the EU. Dink feels this is playing too readily into the hands of the reactionaries, who are determined to see an end to Turkey's EU ambitions. Nonetheless, he sees reconciliation with Armenia as a high priority, hence his campaigning for the opening of the border between Turkey and Armenia. 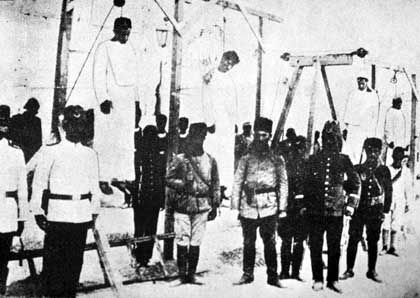 The Turkish massacre in Armenia claimed the lives of between 600,000 and 1.5 million people when it took place between 1915-17.

His strategy is as unorthodox as it is effective. He does not allow himself to get entangled in cynical discussions about whether the number of Armenians murdered was 600,000 or 1.5 million. Instead, he confronts the Turkish people with a history of which they either were ignorant, or had only learned about through distorted channels of propaganda. His arguments are persuasive, bringing to light what Turkey has irrevocably lost in their destruction and denial of Armenian life. "If the Armenians were alive today, Van (once a predominantly Armenian city in the East of Turkey) would be the Paris of the East," he says. Dink surprises his people with unexpected ideas. He has proposed, for example, a memorial to the slaughtered Armenians in Turkey. A memorial for the Turks who fell at the hands of Armenian freedom fighters already exists.

He has also paid a price for his nonconformist views. Just a few years ago, Dink was denied a passport by the Turkish state. He was considered "unreliable" and was not permitted to leave the country. In spite of his great endeavors to promote constructive debate and reconciliation between the Armenians and the Turks, he still has to face criticism from the Armenian diaspora. They accuse him of betraying the Armenian cause, denounce him as a lackey in the pocket of the Turks. This is the same man who has been brought before the Turkish courts with the very real prospect of a prison sentence. 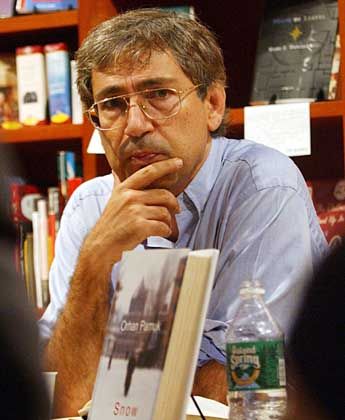 In the offending newspaper article, Dink is said to have insulted "Turkishness," as the judge put it. In fact, his column was aimed at the Armenian diaspora. Dink's appeal left no room for misinterpretation: The Armenian diaspora should surrender their hostility to the Turks, hitherto a defining element of Armenian identity. Even independent assessors brought in by the courts could not find any disparaging references to Turkey in his comments.

Dink's main concern is neither the heated controversy about the past, nor the instrumentalization of historical events. When asked by a journalist whether genocide had taken place, he replied: "For us Armenians, there is no discussion on that issue. We know very well what happened." Although he maintains that one should concentrate on looking forward, whilst learning from the past, his reaction to his court sentence reveals deep disappointment in his home country, Turkey. He intends to take all legal measures available to prove his innocence. If the sentence is not revoked, he plans to leave the country.

This should not be seen as a threat -- that is not Dink's nature. Nevertheless, the Turkish government does need to take note of what his statement signifies. The new penal code, which only came into effect on June 1, 2005, is already in need of another overhaul. The law needs to be implemented in such a way that it cannot be used as a weapon against free speech. Nor should it be possible for judges or prosecutors to exploit it in ways that would impede reform in Turkey. A prime minister who was, himself, imprisoned for reciting a religious poem ought to be well aware of that.

Cem Özdemir, 39, is a German of Turkish origin and a member of the European Parliament in Strasbourg, where he also serves as the foreign policy spokesman for the Green Party.