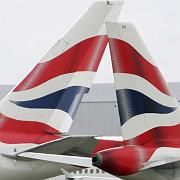 British Airways: "very low traces of a radioactive substance found" on two of its aircraft in connection with the investigation into Litvinenko's death.

In the search for the killers of former Russian spy Alexander Litvinenko, new clues seem to be emerging daily. On Wednesday, the trail led detectives to a series of commercial flights between London and Moscow.

British Airways announced on Wednesday that it has taken three Boeing 767s out of service for forensic testing after Scotland Yard contacted the airline on Tuesday. British officials confirmed the initial test results Wednesday afternoon, which revealed "very low traces of a radioactive substance onboard two of the three aircraft," according to a statement on the airline's Web site. The third plane has been grounded in Moscow for further testing.

Home Secretary John Reid announced on Thursday that a fourth charter plane -- leased by the Russian airline Transaero -- was being tested for radioactive contamination. A spokesperson later said that no radiation was detected on that plane. Meanwhile, a fifth aircraft, also belonging to an unknown Russian airliner, is undergoing similar tests.

Litvinenko, a former KGB spy, died in a London hospital on Nov. 23 after a potent radioactive poison - a substance known as polonium 210 - sent his body into a slow and painful decline. During his three-week deterioration, doctors were unable to pinpoint exactly what was wrong with him, and a conclusive diagnosis was only possible after he died. Since then, traces of polonium 210 have been found at several locations all across London.

The British Health Protection Agency has yet to confirm whether the aircraft were contaminated by polonium 210. It is also unclear how the radioactive traces got on the aircraft, since Litvinenko was not listed as a passenger on any of the jets.

All three British Airways planes had been on the London-Moscow route, but also traveled to other destinations across Europe, including Frankfurt, Düsseldorf, Athens, Barcelona and elsewhere. The airline has published a comprehensive list of all flights suspected of being affected -- and BA is currently scrambling to contact up to 33,000 passengers and 3,000 crew members who have been on the aircraft since October 25, one week before Litvinenko fell ill. The three planes have flown 221 flights on 10 different routes since then, according to airline spokeswoman Kate Gay.

Still, officials aren't concerned about the risk to public health. The substance is only deadly when injested as it cannot penetrate human skin. "The advice we have been given is that the risk to the public is very low," said British Airways head Willie Walsh.

A hotline for concerned passengers, though, has been set up and some 2,500 people have called with concerns. Dozens have been referred to doctors for examination and 18 have been sent to a special clinic for radioactive testing.

Investigators are currently pursuing leads that the killer may have been contaminated by the radioactive poison. The London Times newspaper cites an unnamed airline spokesman as saying that officials examined the aircraft because "individuals involved in the Litvinenko case" had traveled on them.

One such individual was Andrei Lugovoi, one of two Russian contacts Litvinenko met for tea in London on Nov. 1, the day he first felt the effects of the deadly poison. Lugovoi told the Russian paper Kommersant on Wednesday that he had flown from London to Moscow on Nov. 3 aboard one of the contaminated planes. Lugovoi denies any wrongdoing, and tested negative for polonium 210 contamination.

It remains unclear exactly where the radioactive path will lead. Many suspect the Russian government of ordering the killing, since Litvinenko turned from being a KGB spy into an outspoken enemy of the Kremlin. At the time he was poisoned, the former agent was in the midst of looking into the October slaying of investigative journalist Ana Politkovskaya. On his death bed, Litvinenko blamed Russian President Vladimir Putin not only for Politkovskaya's shooting, but also for his own poisoning.

By contrast, sources close to the Kremlin say the killings were orchestrated by Putin's enemies in an attempt to discredit the government. Others have postulated that Litvinenko posed an obstacle to the interests of powerful Russian exiles, while some go so far as to believe that Litvinenko was betrayed by his longtime ally and magnate-in-exile Boris Berezovsky. Authorities found traces of polonium 210 in Berezovsky's office.

Suspicion also fell on Mario Scaramella, an Italian security expert who met with Litvinenko on the day he fell ill. But Scaramella insists he is "not under investigation by any British authority" after tests showed no signs of polonium 210. London's Metropolitan Police have also not excluded the possibility that Litvinenko poisoned himself. A coroner is expected to perform an autopsy on Friday, according to local authorities at the Camden Council.

Previous reports indicated that polonium 210 is the sort of radioactive substance that is only available in advanced nuclear laboratories. But a report in the San Francisco Chronicle on Thursday refuted this assumption, claiming that the substance, which is "about 100 billion times as deadly as cyanide" when ingested, can be ordered legally on the Internet for US$69 per sample.