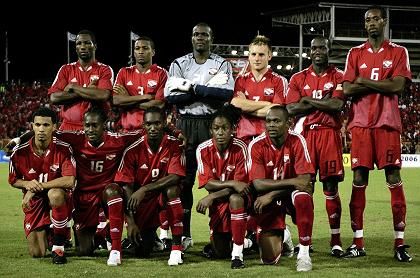 The political class of Trinidad and Tobago is rather small: just 31 senators, 36 parliamentarians, one prime minister and one president. Two parties have dominated the country's political life since the former British colony gained its independence in 1962. They represent the two biggest ethnic groups, Africans and Indians. Prime Minister Patrick Manning has little reason to worry about his country's economic future: In the past, tourism fueled by the island's unspoiled beaches and expansive rain forest has accounted for about 70 percent of its gross domestic product. Thanks to its gas reserves, the country is also whetting the appetite of investors. With a share of nearly 80 percent, the tiny nation has become the biggest gas supplier to the United States. Manning plans to shell out part of the benefits to the poor - about 12 percent of residents live off less than $1 a day. With an eye on the markets of Latin America, the multilingual island (local languages include Hindi, French Creole and Chinese) plans to introduce Spanish as the first foreign language aside from the official language of English by 2020.

It was eleventh time lucky for Trinidad and Tobago. Qualification for the 2006 World Cup constitutes the greatest sporting milestone for a country that, with a population of just 1.1 million, is the smallest ever to claim a place in the finals. After the Soca Warriors defeated the desert state of Bahrain 1-0 in a two-legged playoff, the inhabitants of the two southern Caribbean islands basked in the glory by dancing several nights away to the country's traditional soca rhythms - a mixture of calypso and Indian music. In this nation of beach players, football means one thing above all else: fun. A mere seven teams compete in the country's Professional Football League, with Cyd Gray and Aurtis Whitley numbering among the few internationals who still earn their money at home. Both represent CL Financial San Juan Jabloteh, earn about €1,000 a month, and generally play before no more than 500 spectators a game.

The Soca Warriors are largely a team of unknowns, although forward Stern John is seen as the most important figure in coach Leo Beenhakker's plans. Like most of his teammates, he plays in Britain - for Coventry City, a club in English football's second division known as the Championship. John provides both the inspiration and muscle to make things happen on the field, and scored twice in a crucial qualifier against Mexico. Also back in the team is 37-year-old Russell Latapy, who has played for Porto and now coaches Scottish Premiere League strugglers Falkirk. Latapy has said that preparations under Leo Beenhakker focused on the football basics, namely possession play. Trinidad and Tobago are probably the rank outsiders at this World Cup.

Dwight Yorke came out of international retirement to help the Soca Warriors qualify for Germany this summer. An attack-minded player, who clinched the 1999 Champions League with Manchester United in a heartstopping final, he now represents reigning champions FC Sydney in Australia's A-League - a team coached by Germany's Pierre Littbarski. Widely considered the best Caribbean footballer ever, Yorke (34) even had a stadium named after him in his native Tobago. It was Yorke who called his old friend Russell Latapy and persuaded him to make an international comeback. For both these golden oldies, the World Cup in Germany will be a fitting climax to their careers.

Following a miserable start to the third phase of the Soca Warriors' CONCACAF qualifying group, in which the team took just one point from three games, coach Bertille St. Clair was fired and replaced by Leo Beenhakker. The 63-year-old Dutchman engineered a rapid change of fortunes, with the team beating Panama 2-0 in his first game in charge. A much-traveled coach, whose resume includes spells at Ajax, Real Madrid, the Dutch national team and Mexico's Club America, Beenhakker is an advocate of attacking soccer. Despite the team's historic achievement, he is now the butt of much criticism, accused of packing his squad with naturalized Britishbased players - like Fulham keeper Tony Warner and Port Vale midfielder Chris Birchall - at the expense of loyal servants from the domestic league.