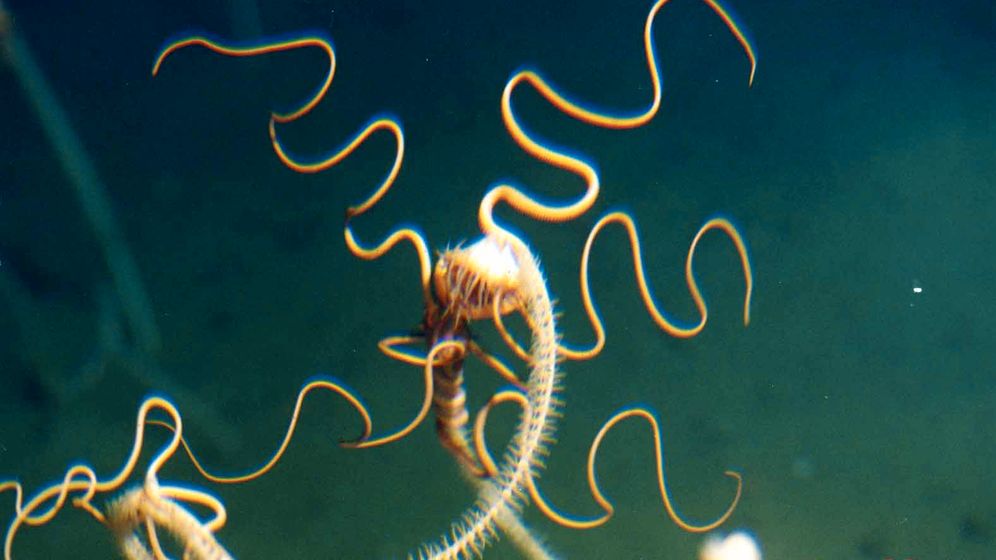 It is the world's largest census, but hasn't been completed yet and probably never will be. The Census of Marine Life, an international project involving hundreds of researchers, has recorded some 185,000 different species so far, from tiny single-cell creatures to the blue whale. The majority of life on our planet swims or crawls in the oceans.

The "Catalogue of the Seas" produced by the census won't be published until October. But much of the research can already be accessed in the scientific journal PloS ONE, published by the Public Library of Science, a non-profit organization of scientists.

"This is the first time that all the information we have on the oceans can be found in a single publicly accessible source," Patricia Miloslavich of Universidad Simón Bolívar in Venezuela, one of the main authors of the census and the regional coordinator for the Caribbean, said in a statement.

"Anyone who wants to know something about biodiversity in the Caribbean, for example, can simply click on the website and access the relevant publication and receive all the data on species living there."

What Lives in the Sea?

More than 360 researchers from some 80 countries have been involved in the cataloguing that started 10 years ago. They are trying to answer a simple question: What lives in the sea?

The result is a map with 25 biologically representative regions -- from the Antarctic through temperate and tropical seas to the Arctic -- and the creatures living there. When complete, the catalogue will comprise some 230,000 entries, of which some 21,800 will be species of fish.

For every marine species known to science, the scientists estimate that at least four have yet to be discovered. An estimated 70 percent of fish species have been discovered, but for most other groups less than one-third are probably known, the researchers said. That applies in particular to the huge number of small snails, worms, shells and single-cell creatures.

But the researchers have come up with some illuminating findings:

According to the census, the current holders of the "most cosmopolitan species" title, meaning species that appear in more than one region, are algae, single-celled animals, tiny crustaceans that float in plankton, and seabirds and marine mammals that spend their lives traversing the oceans.

A Fearsome Cosmopolitan -- The Viperfish

Among fish, the fearsome-looking viperfish (Chauliodus sloani) is at home in more than one quarter of the world's marine waters. It lures its prey with a light-producing organ on the end of its spine and devours them with needle-like teeth so large that it can't fit them in its mouth. They curve round its head instead.

The complete catalogue is due to be presented on Oct. 4 in London. But the word complete isn't really suitable. "At the end of the Census of Marine Life, most ocean organisms still remain nameless and their numbers unknown," biologist Nancy Knowlton of the Smithsonian Institution, the leader of the Census' coral reef project, said in a statement.

"This is not an admission of failure," she said. "The ocean is simply so vast that, after 10 years of hard work, we still have only snapshots, though sometimes detailed, of what the sea contains. But it is an important and impressive start."

Mark Costello of the University of Auckland, New Zealand, said the census was urgently needed because some marine species have been suffering major declines and may be heading for extinction due to human activity.

10 Million Species in the Oceans?

Pedro Martinez, director of the marine science division of the Senckenberg Research Institute in Wilhelmshaven, in northern Germany, estimates that there are some 10 million different species in the oceans. The biodiversity is enormous, especially in the deep ocean, he said.

The deep sea remains the world's most unexplored habitat although new technology is aiding research. "It's shocking that in 2010, the International Year of Biodiversity, the largest habitat on Earth remains virtually unexplored," said Tom Webb, a marine biologist at the University of Sheffield.

Despite the unimaginable number of creatures in the sea, the researchers said the world's oceans are in trouble. "Its citizens have no vote in any national or international body, but they are suffering and need to be heard," said Smithsonian's Knowlton.

The researchers said the main threats to marine life come from overfishing, the loss of habitat and pollution. Emerging threats include rising water temperature and acidification.

The census is like a race against time. To protect biodiversity, researchers must speed up the exploration of the seas, says biologist Miloslavich. "We must increase our knowledge of unknown biodiversity more quickly, lest much of it is lost without even being discovered," she said.

"International sharing of data, expertise and resources, as has been accomplished through the Census of Marine Life, is the most cost-effective way of achieving this."