SPIEGEL: Mr. Wörner, as a teenager you used to shoot toy rockets, some of them up to a meter long, into the sky from your parents' garden…

Wörner: …and many of them went up pretty far, too. But unfortunately there were also a few failed launches as well.

SPIEGEL: Did you want to become an astronaut even back then?

Wörner: Yes, except I thought I didn't stand a chance. If someone asked me today, I would do it in a heartbeat. But since that seems unlikely, I'm happy to be able to make the trip into space possible for other people, as head of the ESA.

SPIEGEL: Which celestial body would you like to travel to most of all?

Wörner: My dream would be to fly to the moon and build permanent structures, using the raw materials available there. For instance, regolith, or moon dust, could be used to make a form of concrete. Using 3-D printers, we could build all kinds of things with that moon concrete -- houses, streets and observatories, for example.

SPIEGEL: The only question is how you intend to transport European astronauts into space in the future. Currently, you are completely dependent on Russian Soyuz capsules. If relations with Russia continue to worsen, it could jeopardize joint flights.

Wörner: Russia is and remains an extremely reliable partner for us. Even in the Cold War, space travel helped ease political tensions. Just think of the famous rendezvous maneuver in the summer of 1975, when an American Apollo spaceship and a Soviet Soyuz spaceship docked while orbiting the earth. And today, we space travellers can once again help overcome the current period of crisis.

SPIEGEL: Still, wouldn't it make sense to look into alternatives?

Wörner: And we will have them soon! In just a few years, Europeans will be able to ride along in the American Orion spaceship, for which we contribute the control unit. Our use of the Dream Chaser, a space glider being developed by the US-based Sierra Nevada Corporation, also seems feasible.

SPIEGEL: Shouldn't we Europeans be capable of taking people into space without outside help?

Wörner: Unfortunately, we missed a number of opportunities. For instance, it would have been possible to convert the ATV cargo spacecraft into a manned spaceship. We should have done more with that.

SPIEGEL: What caused the project to fail?

Wörner: Money, as is so often the case in life. Every nation wants to shoot astronauts into space and toot its own horn for doing so. However, there is only limited enthusiasm among the ESA member states to pay for manned space travel. But perhaps there will be new opportunities at some point. I'm not giving up hope that we Europeans will create our own manned access to orbit.

SPIEGEL: The European Ariane 5 rocket was originally intended to take astronauts into space. How long would it take to reconfigure the rocket for manned flights?

Wörner: Technically speaking, it could be done in four or five years. The Ariane certainly has enough thrust. In fact, we are not starting at zero.

SPIEGEL: The International Space Station (ISS) has been orbiting the earth since the turn of the millennium. It isn't ideal for many experiments in zero gravity, because it often experiences excessive vibration. Isn't it about time to mothball the station?

Wörner: Absolutely not. The ISS has become a little unwieldy, but it's still a fascinating research machine. We should certainly continue to operate it until at least 2024. The Americans are in favor of that, and so are the Russians. Only we Europeans are still hesitating. The least we could do is to keep up with our partners. Besides, we should also think about lifting the access restriction. At the moment, the ISS is not open to everyone who wants to conduct experiments there. For instance, the Chinese and the Indians are not allowed on board, because they were not involved in building the station. We should move away from the concept of a closed society, anyway. That's why I proposed the construction of a village on the moon that would be open to all nations.

SPIEGEL: Wouldn't it be a much more exciting challenge to hazard a joint, manned flight to Mars?

Wörner: Man will not give up the dream of walking on Mars, but it won't happen until at least 2050. The challenges are too great, and we don't have the technologies yet to complete this vast project. Most of all, a trip to Mars would take much too long today. It would be irresponsible, not just from a scientific standpoint, to send astronauts to the desert planet if they could only return after more than two years.

SPIEGEL: How could the travel time be shortened?

Wörner: To penetrate farther into space with astronauts, we need new types of propulsion systems, which are lightweight, safe and economical, and which can also accelerate spaceships to a higher speed. For example, we need to think in much more revolutionary terms when developing plasma drives, even at the risk of failure. We Europeans are not bold in space travel, and we aren't fast enough yet, either. 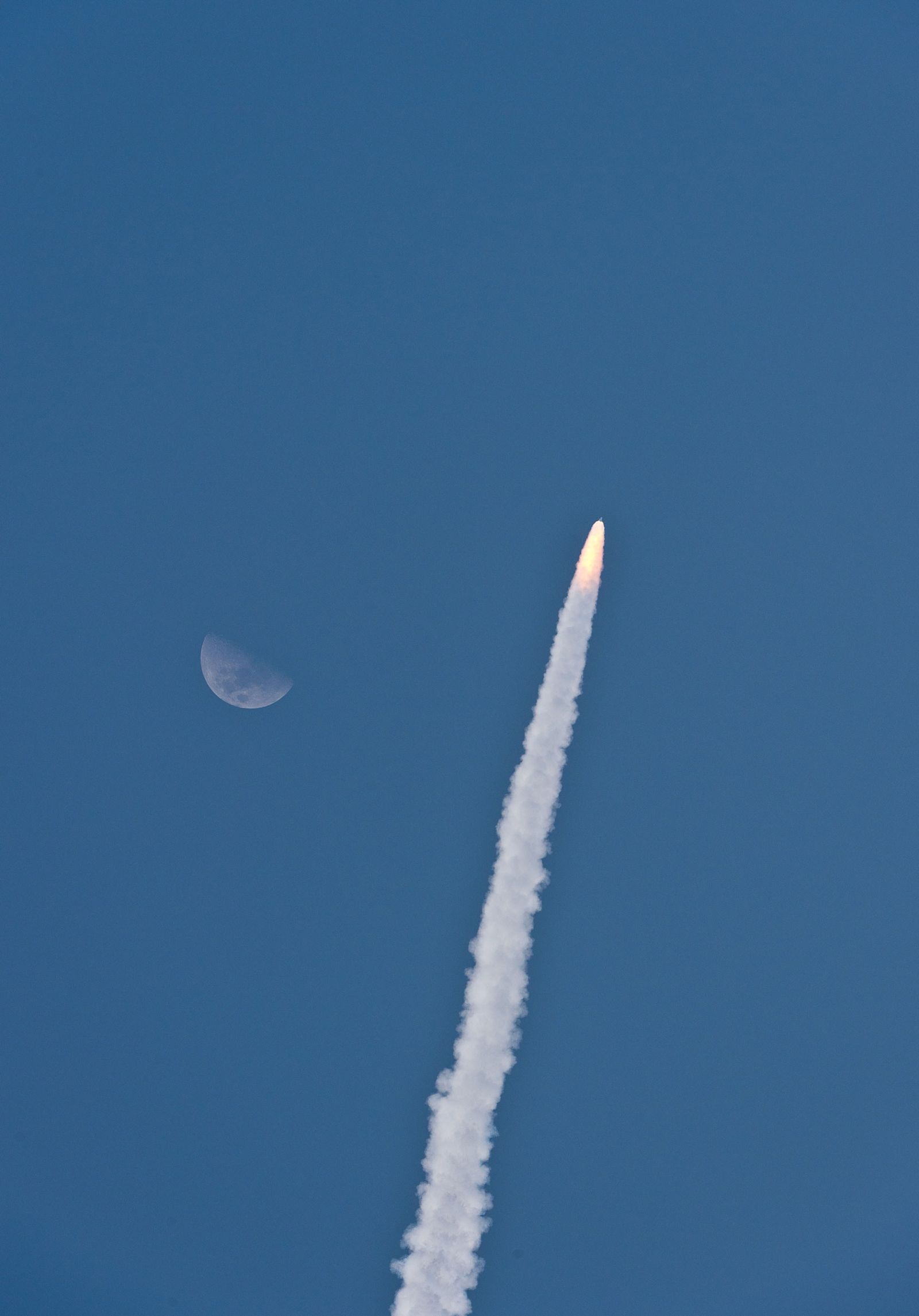 An Ariane 5 rocket shortly after liftoff from its launchpad in Kourou, French Guiana. 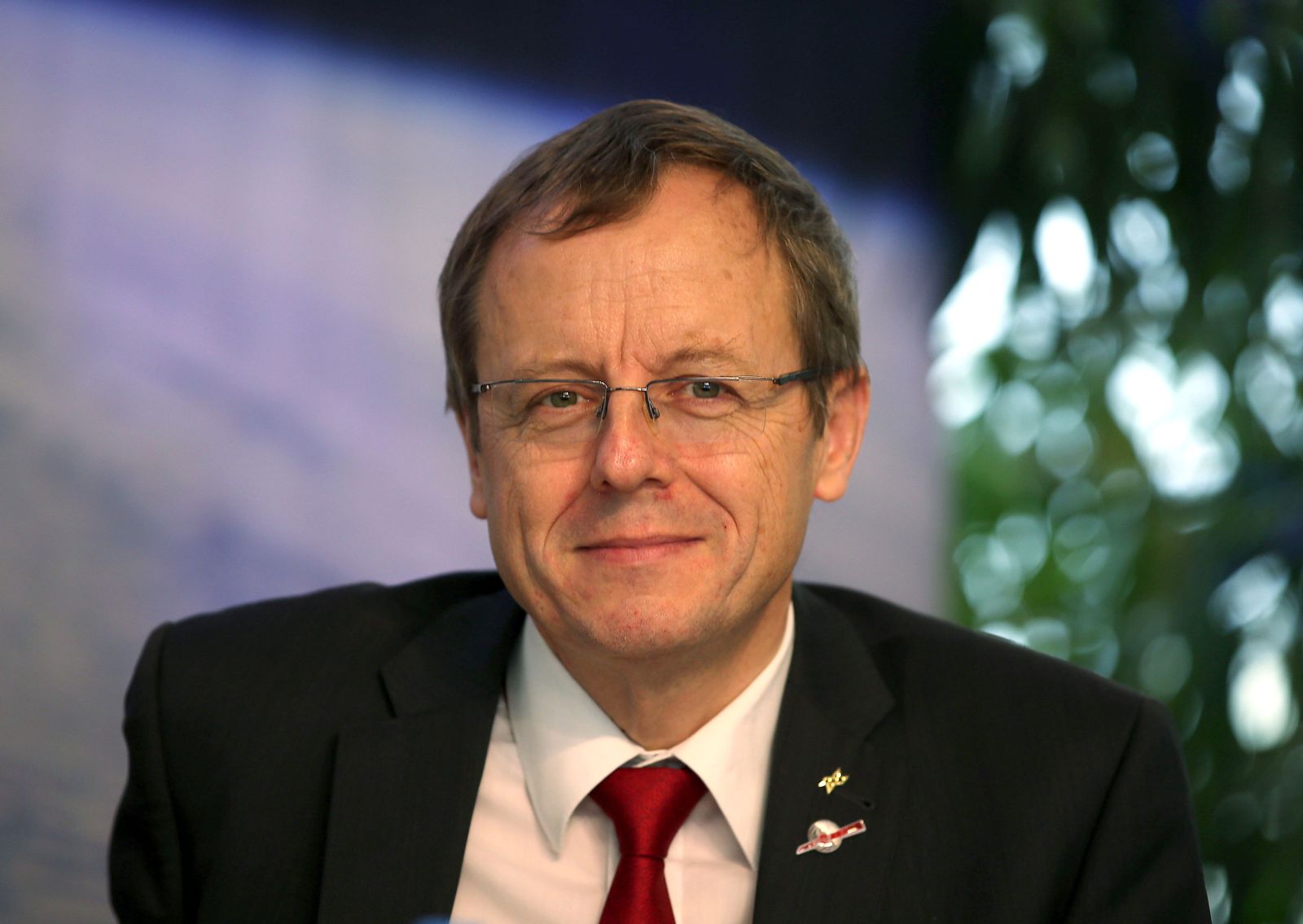 Johann-Dietrich Wörner will become general director of the European Space Agency on July 1.