There are times in life that really do count. Times when a person's character is revealed, when the important is separated from the unimportant. Soon decisions are taken that will determine the further path a person takes. With some, this can be tragic, and the moment comes too soon in their youth at a time when they aren't mature enough yet to foresee all the potential consequences. They make the decisions cheerfully and they lead to either luck or bad luck. But countries and governments are seldom as innocent when it comes to their decisions.

That's the kind of situation now approaching. The people who will soon have to decide are already grown up. They now have to start preparing, even if it will be painful.

Germany must stand up in opposition to the 45th president of the United States and his government. That's difficult enough already for two reasons: Because it is from the Americans that we obtained our liberal democracy in the first place; and because it is unclear how the brute and choleric man on the other side will react to diplomatic pressure. The fact that opposition to the American government can only succeed when mounted together with Asian and African partners -- and no doubt with our partners in Europe, with the EU -- doesn't make the situation any easier.

So far, Germany has viewed its leadership role -- at least the leadership understanding of Chancellor Angela Merkel and Finance Minister Wolfgang Schäuble -- as one that is by all means in opposition to the interests of other European countries. Whether Schäuble's austerity policies or Merkel's migration policies, it all happened without much co-coordination and with considerable force. It is thus somewhat ironical that it is Germany, the country that is politically and economically dominant in Europe, that will now have to fill in many of the gaps created by America's withdrawal from the old world order, the one referred to by former German Foreign Minister Joschka Fischer as "Pax Americana." At the same time, Germany must build an alliance against Donald Trump, because it otherwise won't take shape. It is, however, absolutely necessary.

It is literally painful to write this sentence, but the president of the United States is a pathological liar. The president of the U.S. is a racist (it also hurts to write this). He is attempting a coup from the top; he wants to establish an illiberal democracy, or worse; he wants to undermine the balance of power. He fired an acting attorney general who held a differing opinion from his own and accused her of "betrayal." This is the vocabulary used by Nero, the emperor and destroyer of Rome. It is the way tyrants think.

Donald Trump and his fire-starter Stephen Bannon discriminate against certain people by decree, but not against those from countries in which Trump does business. The contempt the president of the United States and his most important adviser have for science and education is so blatant that it's almost difficult to write. But their disdain for climate and environmental policies has to be stated, because four or eight years of it could become a serious threat.

Among the things that counted as true progress during the 20th century were multilateralism and free trade. The world has become so complex that no single country can solve the major problems on its own -- that was our recognition. Organizations like the United Nations, the World Trade Organization, the Intergovernmental Panel on Climate Change, NATO and the EU were all created for this reason. None of these organizations is perfect, but they are what we launched -- and we do need them. Bannon now wants to wipe them away, and either Trump is executing Bannon's intentions or he shares them.

That's why under President Trump, both the justified and the contemptible will be melded. Injustice is a major issue of our times, as are fears of digitalization and globalization -- and rightfully so given that the division of society and the speed of modern life is, in fact, extreme. Trump fuses these worries of his voters with nationalism and xenophobia. That's how demagogues work and it is how they become effective. The fact that the United States, a nuclear superpower that has dominated the world economically, militarily and culturally for decades, is now presenting itself as the victim, calling in all seriousness for "America first" and trying to force the rest of the world into humiliating concessions is absurd. But precisely because this nonsense is coming from the world's most powerful man, it is getting trapped by him.

This is not a threat that will somehow resolve itself. The German economy has become the target of American trade policy and German democracy is ideologically antithetical to Trump's vision. But even here, in the middle of Germany, right-wing extremists are trying to give him a helping hand. It is high time that we stand up for what is important: democracy, freedom, the West and its alliances.

This does not mean escalation or that we must abandon our contacts with America and all the working groups between our governments. What is does mean, though, is that Europe must grow stronger and start planning its political and economic defenses. Against America's dangerous president. 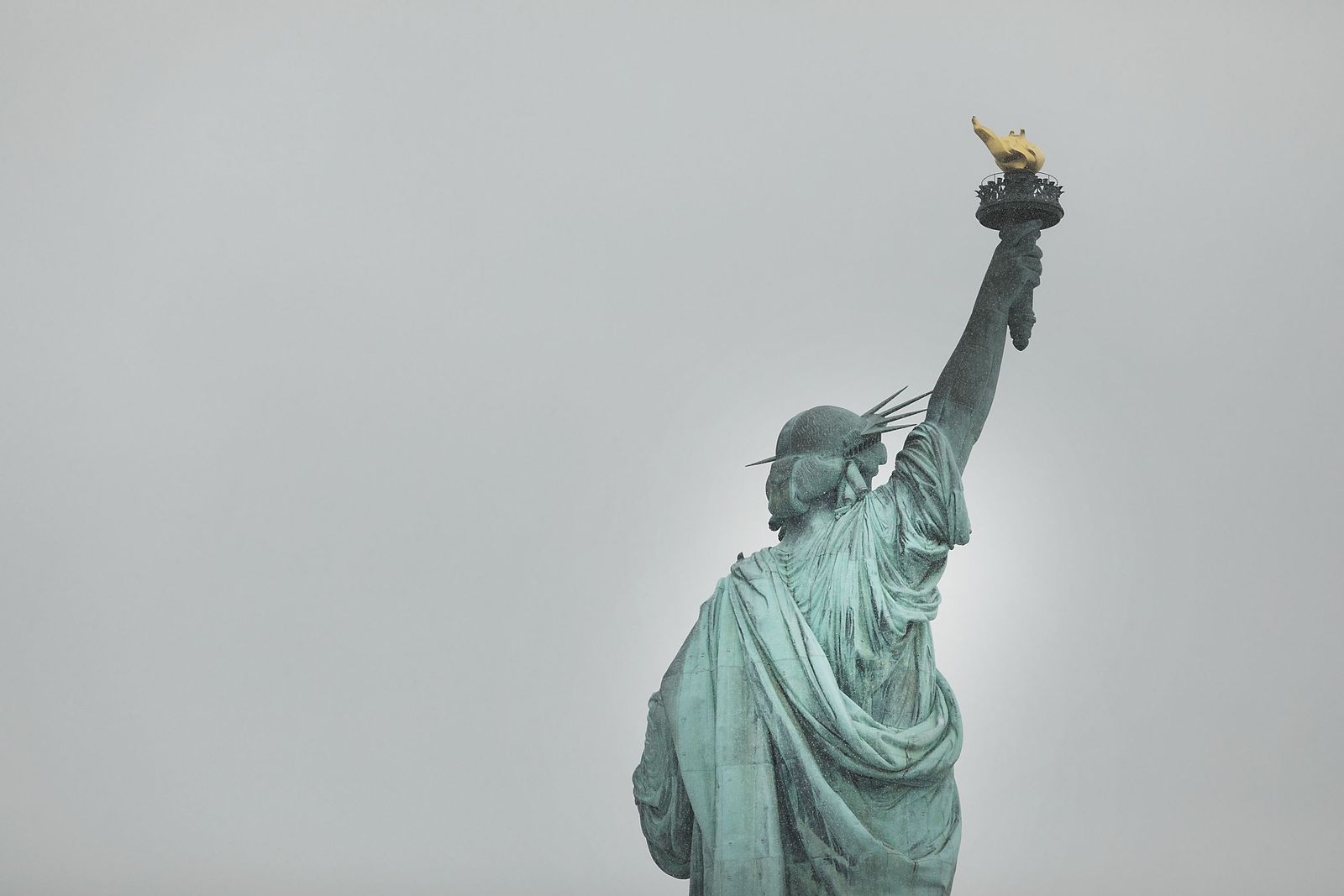 Is the United States turning its back on liberty?