I recently became conscious of my privilege when I made a phone call from Beijing to a friend in Berlin. We talked about what we planned to do over the New Year, a time I've been hoping to spend in Europe. I suggested skiing. My friend told me that it was a nice idea, but he could hardly imagine that the Austrians would be able to COVID-proof their ski resorts. Even without an après-ski scene like the one that had turned Ischgl, the Austrian resort town, into a coronavirus hotspot this spring, how would that work? Would people have to social distance in the lines to the chairlifts and in the gondolas?

I was baffled, because the thought hadn’t crossed my mind. At that moment, I realized how long it had been since I have even thought about the danger of getting infected. My privilege (not to mention the fact that I can even afford a ski vacation) is that I live in a country in which the pandemic - for the foreseeable future – has more or less ended. I live in China.

Even with Europe in the grips of a second wave and governments tightening the rules for citizens due to the virus, normal life has largely resumed in China. There are still restrictions, sure, not least our isolation from the outside world. But inside the country, the measures are now so integrated into everyday life that I hardly notice them anymore. And the odds of getting infected are about the same as winning a massive lottery payout.

This success is due to China’s authoritarian system -- and it has come at a high price. Democracies will not want to, or be able to, reproduce the recipe in this form. But I believe it also stems from differing mentalities.

As has been the case for many of us, COVID-19 has given me an unexpectedly eventful year. In late January, I barely got out of Wuhan the day the lockdown was imposed. I then quarantined in my Beijing apartment, followed by weeks of hard work and little human contact. With public life frozen, Beijing seemed like a ghost town. You could cross the beltway roads on foot without having to hurry.

This already depressed atmosphere was made worse by images from Wuhan’s hospitals, where patients were dying lonely and miserable deaths in hallways because the doctors couldn’t keep up. The city’s 11 million inhabitants weren't allowed to leave their apartments for months under government orders. They complied -- whether that was in a show of obedience or of solidarity is up to the beholder.

At the time, half of China was outraged over a Canadian woman who had gone jogging without a mask in the empty streets of Beijing. Many Chinese viewed it as an inexcusable lack of consideration.

I found this uproar to be a bit hysterical, but in retrospect, I believe it illustrates, above all else, how China had been gripped by the cold fear of this still mysterious disease. A collective trauma was casting its pall. There was no doubt that the message that the government had conveyed to the country - too late, but with all the more force – had taken hold: Take this virus seriously, it can kill you.

When the epidemic ebbed in China in March, I saw it as an opportunity to catch my breath. I flew to Berlin for a vacation, landing in my home country just as things were starting up there. I got depressed. The isolation during the Beijing lockdown had hit me hard, and the idea of doing the same again in Berlin didn’t sit well with me. Compared to China, though, the German COVID-19 measures felt like a walk in the park.

When someone asks me what made a difference, I answer: the ice cream and flower shops were open. Of course, that’s only a metaphor to reflect my sense that leaders in Germany were much more considerate of human needs than the Chinese leadership. Germany took a humane, even democratic approach.

Despite all the restrictions, social life never came to a complete halt in Germany. I could simply stroll down to the Berlin's Landwehrkanal to meet friends, who suddenly had a lot of free time. Given my Chinese COVID-19 socialization, I was surprised that many people in Germany even found obvious recommended measures, like wearing a mask, to be an imposition -- and that they seemed to take the risk of infection lightly. Nevertheless, I was happy to be carried along by the more carefree atmosphere.

At the end of May, I was able to return to Beijing on a special flight. After landing in Tianjing, we were taken to a hotel, where, for 14 days, we were only allowed to open our room doors to bring in the meals that had been deposited in front of them (the windows were bolted shut). This measure was meant to filter out imported infections from new arrivals to the country. I have been back in Beijing since mid-June.

Surveillance has increased since the pandemic

There was one thing that hadn’t changed since my absence: Everyone wears a mask -- in the supermarket, in the taxi and the subway. Nobody complains about it. It’s just part of life now, like putting on shoes before leaving the house.

The coronavirus app determines how you can move around in public spaces. Unlike the German version, it is neither anonymous, nor voluntary. If the status is green, everything's fine. But if it's red, you are required to go straight into quarantine. Before taking a seat in a restaurant or in a movie theater, you have to scan yourself in with a QR code. There are visitor limits for museums and other places of interest, and you need to register in advance for them.

When people in Germany ask if COVID-19 has really disappeared from China, I like to pull out a counter-example – namely, what happens here when a small cluster is discovered. A dozen infections were recently detected in the port city of Qingdao. The authorities sealed off entire neighborhoods and 9 million inhabitants were tested.

A Chinese friend who had been visiting her parents in Qingdao during this mini-emergency was tracked down by the government in Beijing after she returned. They found her because she had had to show her identity card when purchasing her train ticket to Qingdao, as is normally the case in China. Her neighborhood committee didn't let her leave her apartment until her COVID-19 test came back with a negative result.

The pandemic has given the Chinese state a stepping-stone to complete surveillance, a thought that is anything but pleasant.

When we want to party, we don’t go to the basements, we go to the clubs

Nevertheless, I benefit from the fact that Chinese have successfully brought the virus under control. We can now travel within the country, largely unhindered, a fact that allowed the Chinese to take 637 million trips as tourists during the fall holidays. The daycare centers and schools are open. When people want to party, they don’t hide in basements - they go to a club.

Here, in far away China, I can see how angry cookbook authors and pop stars in Germany are claiming that some alleged coronavirus dictatorship is being imposed on the country. If that does exist, though, it's more likely to be in the place where I'm living. And yet, the lack of freedom that COVID-19 has given us in China also allows us more freedom. That's a paradox that takes some getting used to. 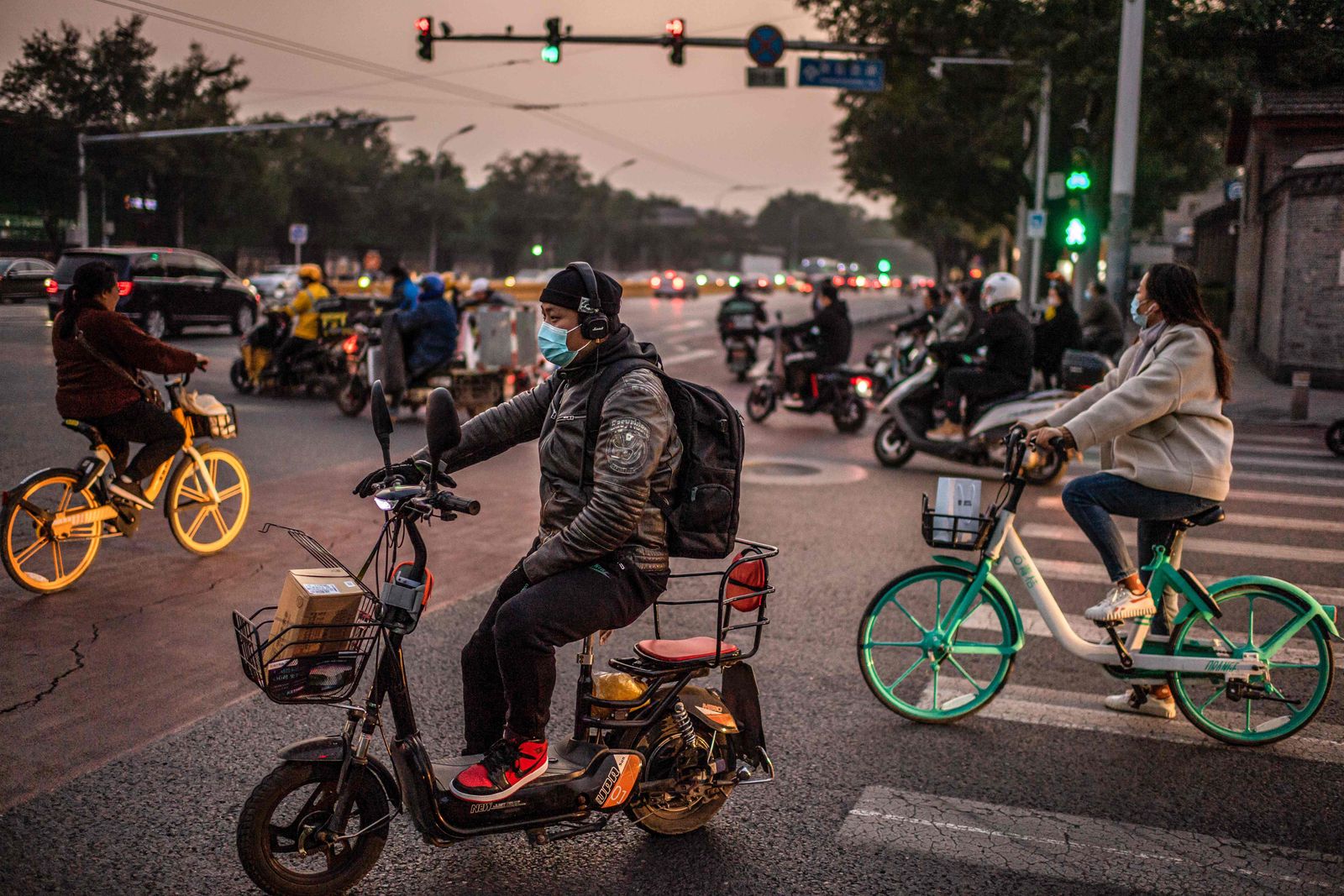 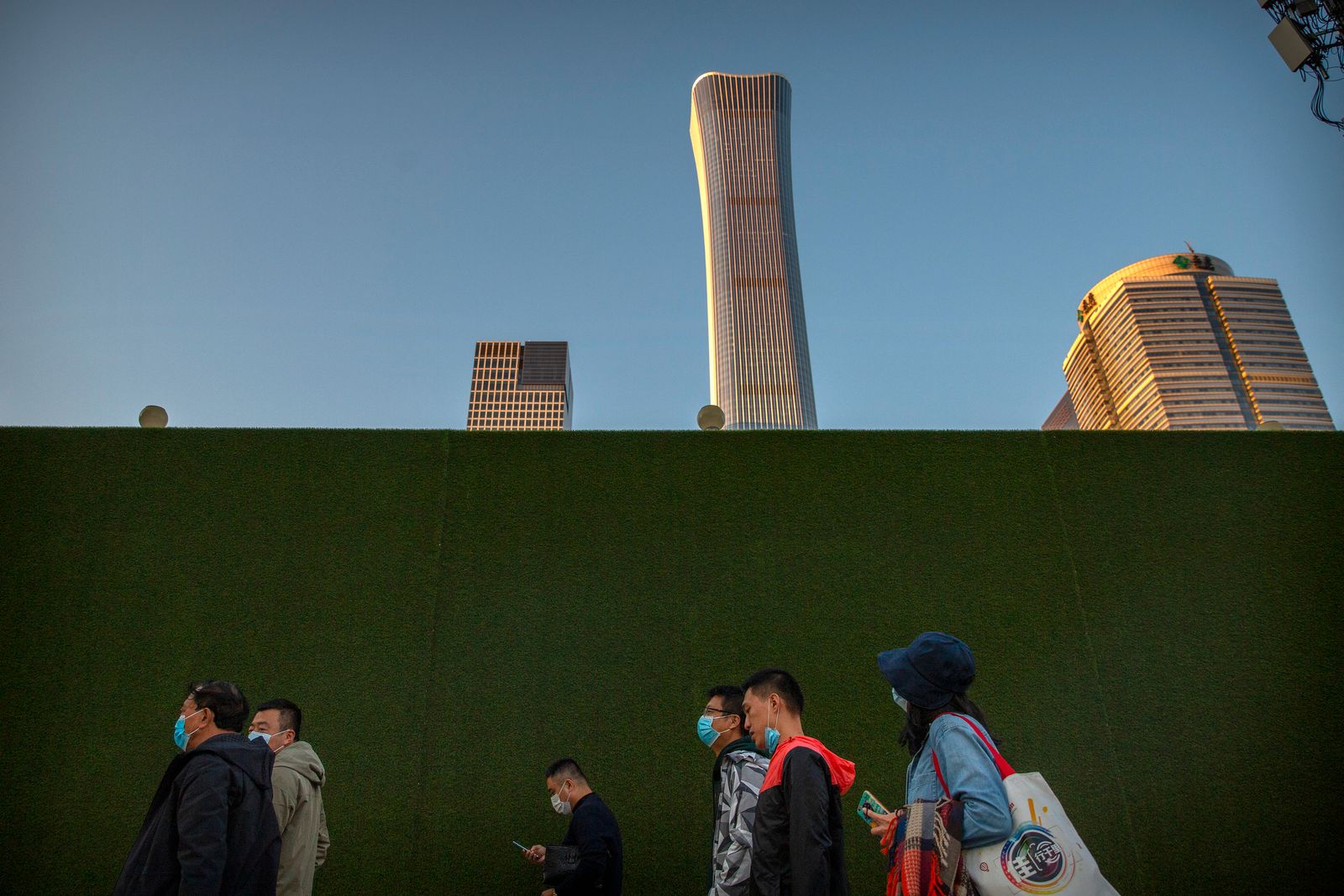 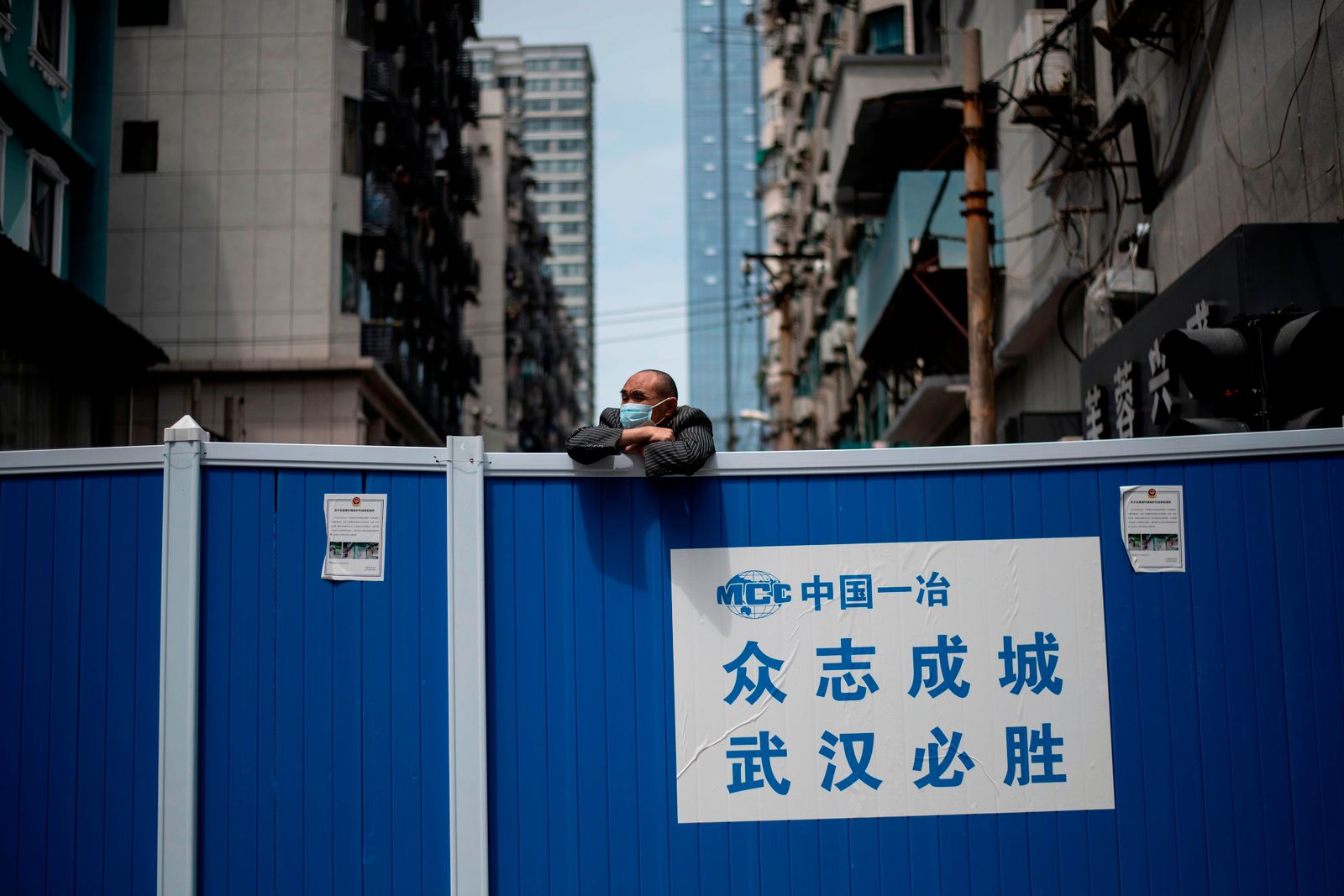 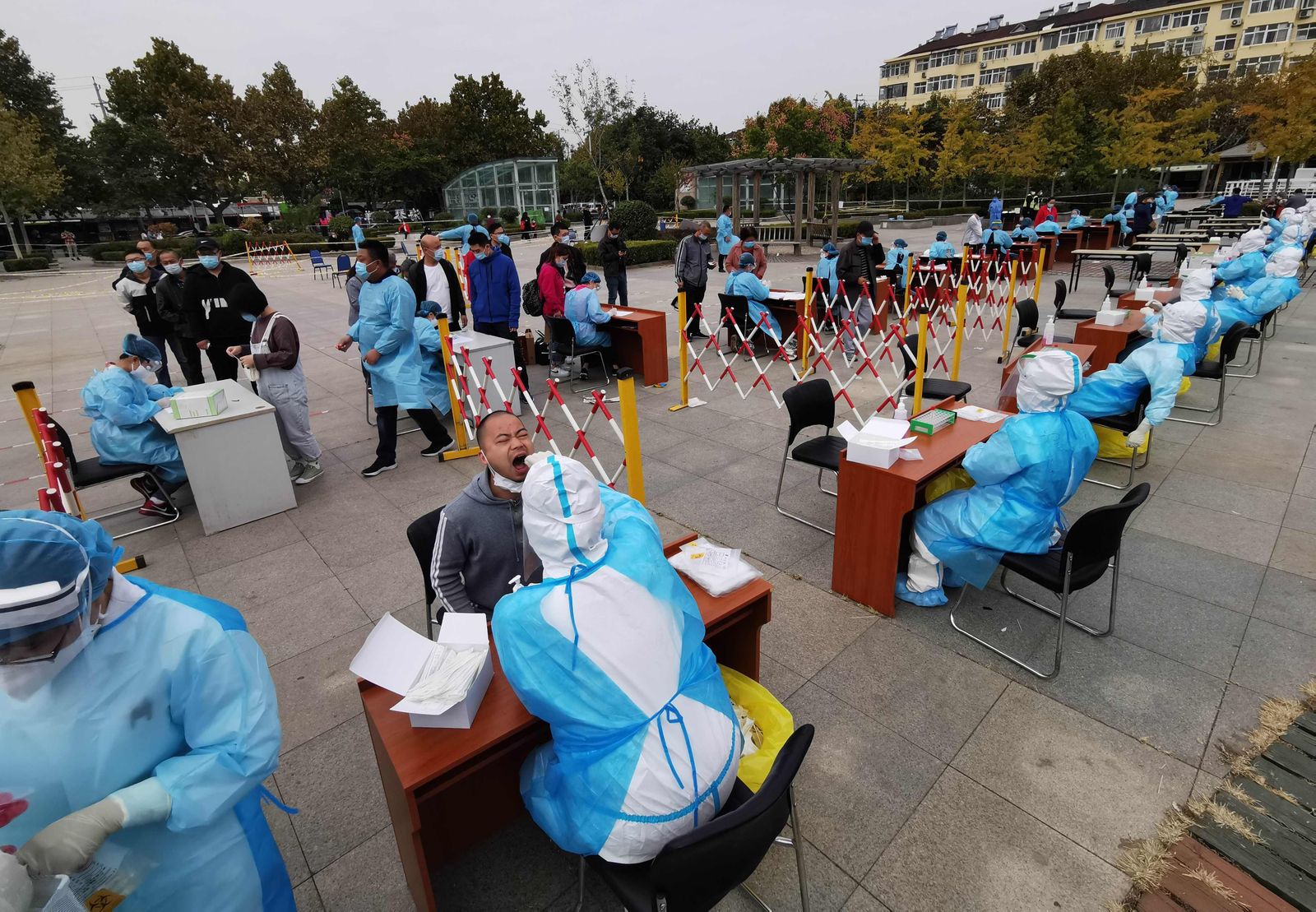