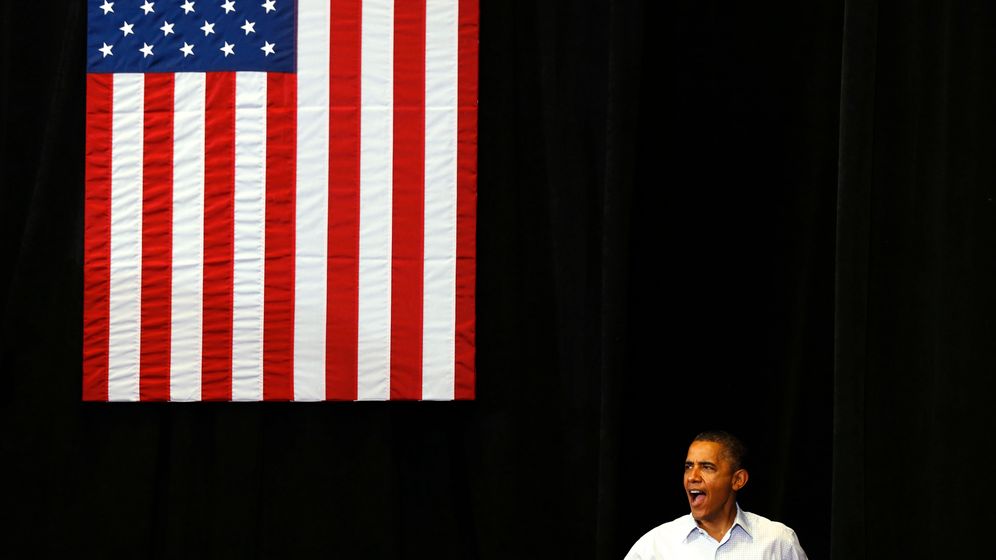 Photo Gallery: Looking for the Truth

Republican Party presidential candidate Paul Ryan is a fitness freak. At the crack of dawn, he likes to lift weights in the catacombs of the Capitol Building. He says it has helped him to maintain a body fat index of between 6 and 8 percent. Ryan can also run very fast -- at least so he claims. The conservative candidate even told a radio host he had completed a marathon in "under three, I think, you know, high twos … a two hour and fifty-something."

Twenty-six miles (42 kilometers) in under three hours? With a time like that, Ryan could practically fall back on a career as a marathon runner if he doesn't manage to secure the United States' second highest political office. US fitness magazines quickly expressed their doubts, with some actually bothering to research marathon statistics. They found only one entry, from 1999, that included Ryan. What they unearthed was data that read more like a hobby jogger than a running machine: four hours and one minute.

Ryan was forced to concede that he had remembered things incorrectly. Was it a big deal? Of course not. But it is still an episode that is telling of this US election. Never before have candidates on both sides lied so openly and so unabashedly -- about their own merits, but also about the plans of their rivals. The development prompted one New York Times columnist to warn: "Facts are for losers. The truth is dead."

The marathon incident was the exception; Ryan was forced to apologize. But much more audacious attempts at manipulating the truth in this election have gone unpunished -- largely because strategists in both the Republican and Democratic camps are coolly calculating that people these days are no longer being held liable for their lies in politics.

Ryan's address at the Republican National Convention in Tampa provided a good example. He brazenly attacked President Barack Obama for allegedly ignoring the recommendations of a bipartisan commission for reducing the budget deficit. What he failed to mention, however, is that he himself served as a member of that commission and, as such, played a major role in the fact that it was unable to reach an agreement.

In yet another example, Ryan accused Obama of wanting to take $760 billion in funding away from Medicare, the country's public healthcare system for senior citizens. But Ryan seemed almost elegant in his omission of the fact that he himself supports similarly massive cuts.

And little attention has been paid to the fact that he tried to hold Obama accountable for the closure of a General Motors plant in Janesville, Wisconsin, that had suspended operations well before the president got elected. Nor has much attention been focused on the fact that many experts do not believe that Ryan's own budget plan would in any way reduce America's debt load given that, in addition to massive reductions in social spending, he calls for radical tax cuts.

Such efforts at misleading voters are systematic -- on both sides. Obama's campaign, for example, has broadcast ads falsely claiming that Romney wants to ban abortion, even in cases in which a woman has been impregnated during rape or when pregnancy puts the woman's life at risk. Campaign attacks on the Republican Party candidate's work for investment firm Bain Capital have also surfed the line between fantasy and reality.

Still, the tactics used by the Republicans so far come across as being far more unscrupulous. The online portal PolitiFact, created by the Tampa Bay Times newspaper, analyzed statements made so far by Romney and other leading Republicans and concluded that one out of 10 is completely false. With Obama, only one out of 50 turned out to be incorrect.

It is not as if the lies aren't being discovered. Indeed, leading US media outlets have long hired "fact checkers" whose sole duty is to confirm the veracity of the statements made by leading politicians. At the Washington Post, for example, journalist Glenn Kessler, who writes the paper's "The Fact Checker" column, awards "Pinocchios" to those who most egregiously stretch the truth, with the nose growing in proportion to the lie told.

Nevertheless, the credibility of the US media has suffered massively in recent years. In addition to the growing perception that many US media outlets have a partisan bias, the media has also been hit badly by the economic crisis, and many companies have significantly scaled back their editorial operations. Tremendous pressure is also coming from increased competition with other information channels like social networks. There, rumors and erroneous information can be disseminated at a wildfire pace.

The American media has traditionally been known as the Fourth Estate because of the role it plays in monitoring the government. Increasingly, however, presidential candidates are ignoring the traditional media, further weakening this control function. Obama makes himself available to the White House Press Corps so rarely that its reporters recently sent a letter of protest. In early August, they wrote that Obama has not taken a serious question from the press corps in seven weeks. The president instead prefers to speak with local radio stations or celebrity rags like People magazine -- media where critical questions about false statements aren't to be expected. Challenger Romney has also largely and systematically shielded himself from reporters' questions during his campaign trips.

It is unlikely that this practice will change, despite all the debate over Ryan's most recent fibs. "We're not going to let our campaign be dictated by fact checkers," a defiant Romney pollster Neil Newhouse said at a panel hosted by ABC News at the Republican National Convention in Tampa last week.