By Western standards, it would seem that United Russia won a landslide victory in Sunday's election to the State Duma, the lower house of the Russia parliament. But for Russian Prime Minister Vladmir Putin and his system of "managed democracy," the results are nothing short of a disaster.

Russia's voters clearly punished Putin on Sunday, with his United Russia party only receiving half of the votes. With 95 percent of the votes counted, results gave Putin's party 49.7 percent, about 15 percent less than in the last Duma election in 2007. The party has lost its previous two-thirds majority in parliament. The results show how United Russia has lost support among the population. In 2007, it won almost 45 million votes. That figure has now dropped by around 12 million.

The Communists won 19.1 percent of the vote, Vladimir Zhirinovsky's nationalist Liberal Democratic Party of Russia got 11.7 percent and the center-left A Just Russia won 13.2 percent. The only truly democratic party, the liberal Yabloko, won 3.2 percent of the vote, missing the 7 percent hurdle needed to win seats in the Duma by a considerable margin.

United Russia's explanation for the drop in support was bizarre. The opposition had "threatened our voters, which is why voter turnout was so low," said Boris Gryzlov, one of the leaders of Putin's party and the current president of the Russian parliament.

The reality was closer to the exact opposite. On election day, Russian police arrested more than 130 protesters across the country who had demonstrated against Putin. In addition, several websites that are often critical of the Kremlin mysteriously went offline -- an unusual event even by Russian standards.

In one respect, however, Gryzlov was correct: Voter turnout was indeed low. At around 6 p.m. on Sunday, Moscow time, the Central Election Commission announced a turnout of only 50.4 percent. On Monday morning, however, the turnout had been revised to 60 percent. In 2007, 63.7 percent of the electorate had voted.

The restive Chechen Republic was the exception. Here, as usual, the brutal autocrat Ramzan Kadyrov reported results to Moscow that were clearly fictitious. This time, according to official figures, 93 percent of eligible voters had gone to the polls, with 99.47 percent of them allegedly voting for United Russia.

But otherwise the message of the Russian people is clear: They no longer want Putin and his president, Dmitry Medvedev, to control the country's destiny with as much power as they have enjoyed until now.

During a live broadcast by the public television station Rossiya 1, Communist leader Gennady Zyuganov even claimed that his party had performed better than United Russia in many regions. The Kremlin party's true result was a third below the election commission's official figures, he said.

The Kremlin was already nervous even before the result was announced. On election day, large parts of the historical center of Moscow were closed off out of fear of protests. Units from the Russian Interior Ministry blocked off Manezhnaya Square in front of the Kremlin walls, and police evacuated part of a Christmas market on Revolution Square where right-wing extremists had planned to gather for a rally. Lilia Shibanova, the head of the election observer organization Golos, was arrested on Saturday night at a Moscow airport. Customs officials confiscated her laptop.

Hackers also attacked the websites of independent media that wanted to collect information on the Internet about vote-rigging, including the well-known radio station Echo of Moscow and the weekly magazine New Times. The site of the opposition Yabloko party was also unreachable at times. Alexei Venediktov, editor in chief of Echo of Moscow, said it was clearly "an attempt to prevent the publication of information about election fraud."

Nevertheless, many reports of manipulation were made public. In Moscow, a man attempted to stuff a stack of voting slips into the ballot box in front of the Russian head of the anti-corruption organization Transparency International. The independent newspaper Novaya Gazeta reported that a pensioner in Rostov-on-Don in southern Russia had discovered that someone had already voted on behalf of one of his acquaintances, even though he had recently died in a car accident. In the city of Ufa in the Republic of Bashkortostan, Azamat Galin, a candidate for the opposition party A Just Russia, was locked up in a room in a polling station when he tried to observe the voting.

In a polling station in the industrial city of Chelyabinsk, police intervened when members of the Yabloko party voiced suspicions about the official voter turnout, supposedly 90 percent. "They grabbed me by the arms and legs and carried me out of the building," Olga Vlasova, a Yabloko candidate, told SPIEGEL ONLINE. Election observers discovered several stack of ballots which had been filled in for United Russia. The regional election commission declared the vote in the district to be invalid.

Opponents of the government, such as the independent politician Vladimir Ryzhkov, who was not allowed to stand, said ahead of Sunday's election that it was the "dirtiest" since the end of the Soviet Union. The head of the Russian election commission, Vladimir Churov, dismissed allegations of fraud and called the vote "crystal clear and clean."

Russian President Dmitry Medvedev, who is also United Russia's leading candidate, struggled to put a positive spin on the bad result. The election, he said, showed real "democracy in action." Putin also said that the election result "reflects the real situation in the country."

In 2012, Putin wants to return to the position of Russian president. The parliamentary elections were therefore a kind of litmus test for the incumbent prime minister ahead of the presidential elections in March.

After United Russia's poor result, the future of the Putin-Medvedev duo looks in doubt, argues Alexei Mukhin of the Center for Political Information, a Moscow-based research institute. Medvedev is supposed to become prime minister next year, swapping positions with Putin. "Now, Putin might be tempted to sacrifice Medvedev," Mukhin says, thereby shaking off the taint of the disappointing parliamentary elections. 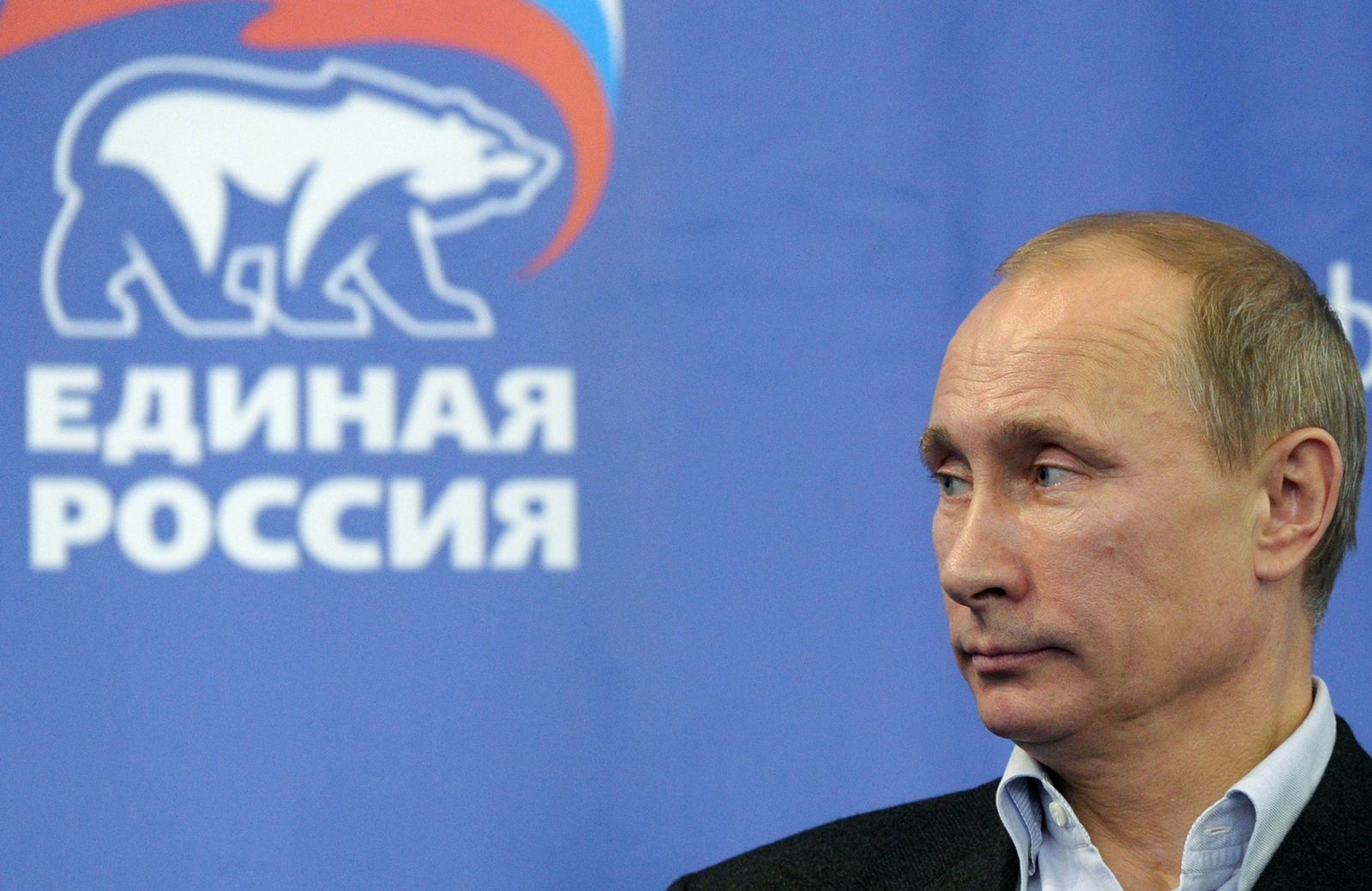 Prime Minister Vladimir Putin on Saturday: The Duma election result is a setback for Putin and his United Russia party.