In Berlin, politicians had been anticipating the outcome for the United States election that came late Tuesday night. Christoph Heusgen, foreign policy advisor to German Chancellor Angela Merkel, first sounded out the US president some time ago about a possible visit to Germany. The hope was that Barack Obama, if he got re-elected, might drop in on Merkel at some point during the first year of his second presidential term.

That visit could happen soon. The invitation to President Obama stands, even if the time and place have yet to be established. Shortly after Obama's electoral victory was announced, Merkel wrote the American president with her congratulations, adding, "I would be pleased to welcome you again soon as my guest in Germany." German President Joachim Gauck likewise sent his congratulations across the Atlantic.

So what does Obama's re-election actually mean for Germany? Will the president set a new tone in German-American relations in the coming four years? From the German government's perspective, the top priority -- not least because of its effects on the global economy -- is the United States' high national deficit. Chancellor Merkel and her strategists have expectations for Obama to finally consolidate his country's budget. "The time of policies financed by debt has come to an end, and the US knows this," says Foreign Minister Guido Westerwelle of the Free Democratic Party (FDP). "Obama needs to demonstrate that he can get the deficit under control," stresses Philipp Missfelder, the foreign policy spokesperson in the federal parliament, the Bundestag, for Merkel's Christian Democratic Union (CDU).

Obama's win over challenger Mitt Romney has been met with relief among politicians in Berlin for a simple reason: The Republican candidate was considered by some in the German government and the governing coalition to be an enigma on matters of foreign policy, while Obama is a known factor -- even if his first term hasn't exactly dazzled the world with an energetic approach to foreign policy. Only after long hesitation did Obama engage in the aerial warfare that toppled Moammar Gadhafi in Libya. In the case of Iran's secret nuclear program, it was the United Nations that stepped in. And in the ongoing civil war in Syria, Obama has not yet managed to budge Russia away from its support of Bashar Assad's regime.

Obama has a great deal to do in terms of foreign policy -- and at the same time new conflicts are arising, for example in Mali, where the rebel-held north of the country threatens to develop into a new center of international terrorism. Still, Obama's re-election should make planning on one important point easier for the NATO states, and thus for Germany: the future of NATO's engagement in the Hindu Kush. President Obama's goal remains the withdrawal of American forces from Afghanistan by 2014. Other nations with troops in Afghanistan, including Germany, have oriented their plans around this goal. During the election campaign, Romney sowed doubt about the plan for withdrawal, leaving politicians in all the NATO states wondering what would come next.

International cooperation with Obama, though, has its own potential problem areas. The president's focus on the Asia-Pacific region in recent years has made clear to his European partners that the old Continent no longer ranks first in the American president's eyes.

Many politicians who play a role in shaping foreign policy in Berlin would like to see that change. Ruprecht Polenz, who is the chairman of the Bundestag's Foreign Affairs Committee, proposes revitalizing previous calls to create a trans-Atlantic free-trade zone. The politician, a member of Merkel's CDU party, believes that could help tighten ties between Europe and the United States. Five years ago, when Germany held the six-month rotating presidency of the EU, the chancellor created the Trans-Atlantic Economic Council (TEC), the aim of which is to remove or lower barriers to the free flow of goods, services and capital between the two continents. However, little has happened since then. Nor is it likely that such a free-trade agreement could take shape quickly. Amidst the economic crisis and relatively high unemployment, protectionist sentiments are growing -- within both the Democratic and Republican parties.

Worries Grow of Conflict Between US and China

The United States has accused Beijing of currency manipulation and industrial espionage, but cheap imports from China have been a source of particularly intense strife. Critics in Washington allege the Chinese keep the exchange rate artificially low in order to increase exports and limit imports. Still, any major conflict between the United States and Beijing -- which could take place either by way of a trade dispute or a proxy within China's sphere of influence in the southeast Asian region -- could also threaten to have an impact on the German economy.

"We have a major interest in ensuring that a confrontation between the US and China does not taking shape," says Rolf Mützenich, the foreign policy expert in parliament for the center-left Social Democratic Party. "Europe needs to make some suggestions here." What members of Merkel's government coalition would like to see right now is for Obama to rethink his previous stances on China. "When it comes to the Asian challenge," CDU foreign policy expert Missfelder says, "there should be a better and tighter exchange (of information) between America and Europe."

Meanwhile, the question of when Obama will visit Germany remains an open one. As president, Obama has already travelled to Germany twice, but he has not yet visited Berlin, the capital. But that could soon change -- at least if you go by hints provided by US Ambassador to Germany Philip Murphy. "Every visit is enriching. But Berlin is a special place and I hope that he will come here soon."

During a visit by Merkel to the US last year, Obama himself said he would love to visit Berlin -- after his re-election. There's a hitch though. Germany is heading into a national election next September and the campaign will kick into high gear starting in mid-2013. Obama would have to visit before summer in order to avoid making it look like he was giving a boost, intentional or not, to Merkel's re-election effort. That, at least, is how the Social Democrats, who are roughly tantamount in Germany to Obama's Democratic Party, view the matter.

That doesn't leave a whole lot of time for a visit by a US president, especially since the massive security effort that is necessary requires meticulous preparations. But Obama knows Berlin and probably has good memories of the city. As a senator running for president in 2008, he gave a major speech in front of Berlin's Victory Column. Around 200,000 people came to listen to him. It was a major event -- the kind that people remember for a long time. 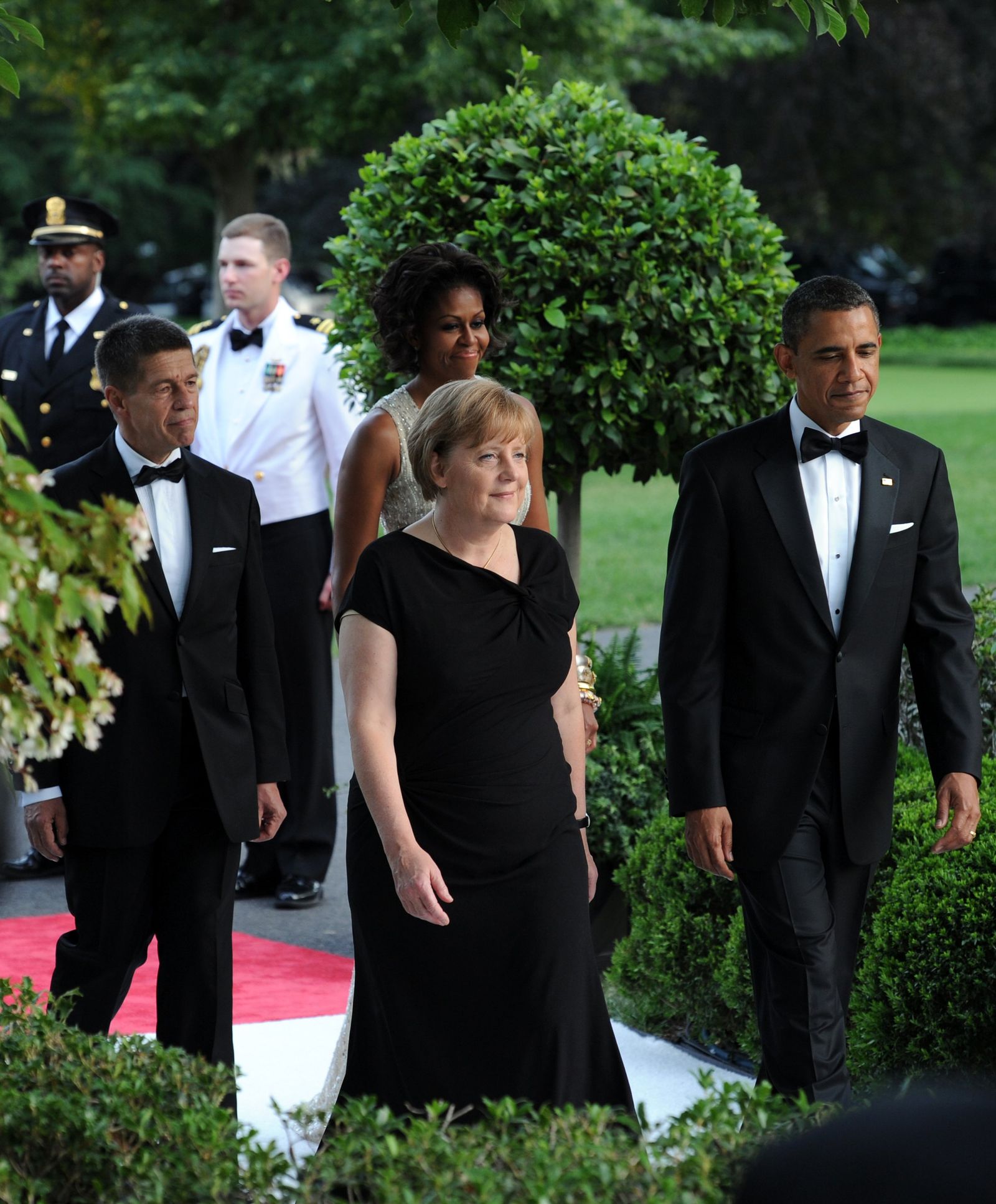 Angela Merkel and her husband Joachim Sauer during a 2011 visit with Barack and Michelle Obama at the White House.