It was one of the low points in the history of the United Nations. In September, 2001, the South African city of Durban was playing host to the UN World Conference against Racism. The aim had been to officially declare slavery and colonialism as crimes. 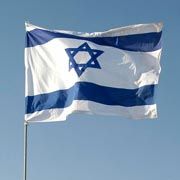 Israel fears that the United Nations Conference on Racism next month will be taken over by an anti-Israel agenda.

However, both in the conference room and outside it, one state repeatedly came in for diatribes: Israel, accused of being the spawn of racism and apartheid. It became clear that the attacks on Israel had been orchestrated by authoritarian regimes in the Muslim world. "The hate contingent has prevailed," wrote German newspaper Frankfurter Rundschau at the time. The memory of the meeting was soon eclipsed, however, by the terror attacks of Sept. 11, which took place just four days after the conference ended.

Now this sad spectacle may repeat itself. The UN will hold a follow-up conference to the Durban meeting in Geneva, Switzerland, between April 20 and 24. Not only Jewish organizations fear that states like Iran, Libya or Saudi Arabia might turn the event into an anti-Israeli forum -- Canada, Italy and the United States have said that they will keep away from the event. The Obama administration has said the conference threatens, again, to unfairly single out Israel.

Now the German government is coming under pressure to pull out of the conference, too. The group "Boycott Durban II" -- an alliance of non-profit organizations, journalists and former politicians -- has gathered 1,300 signatures calling for a boycott, including those of well-known figures in Germany such as the writers Peter Schneider and Ralph Giordano, and the lawyer and women's rights activist Seyran Ates. "A boycott should be a matter of course," thinks Alex Feuerhardt, a Berlin journalist who helped set up the group. "One does not speak with anti-Semites," he says.

The call for the boycott has been provoked by a draft of the conference's closing statement. The current 60-page document condemns only one state explicitly: Israel. The paper focuses on one conflict, in the Middle East, and Israel appears as the only aggressor in that dispute. The draft accuses Israel of torture, apartheid and human rights crimes.

"This ties Durban II directly with Durban I," Feuerhardt says.

The draft is "unbelievably one-sided," says German parliamentarian Klaus Faber, a Social Democrat (SPD), who supports the boycott movement. He says it's astounding that other trouble spots and specific human rights abuses aren't on the conference's agenda. "It is hard to believe. No word about the mass murders in Darfur, nothing about genital mutilation, stonings or racist terrorism," he says.

One reason for the boycott movement is that the UN Human Rights Council is organizing the conference. The council emerged in 2006 from the ashes of the UN Commission on Human Rights, which had been accused of providing a platform for totalitarian states. The successor body doesn't seem much better. Some states that sit on the council -- there are 47 in all -- have dubious human rights records, like Saudi Arabia, Pakistan, Cuba and China.

The meetings of the new body have proved to be just as contentious. In June 2008, when the British human rights activist David Littman wanted to address the council, he was heckled by Egyptian and Pakistani representatives. The council president stepped in to rule that there could be no mention of Sharia law in the context of a debate about human rights. Meanwhile the council seems obsessed with Israel: "It was discussed 120 times there in 2007," says Feuerhardt.

The impetus for the German boycott alliance was provided by the so-called preparatory committee for the April conference. The committee is made up of 20 states who work together to draft the final document. Libya currently chairs the committee, and it includes Iran, Pakistan and Cuba. "It is incomprehensible that Germany is still planning to take part in the conference," says Faber of the SPD.

Germany's Foreign Minister Frank-Walter Steinmeier, who received a protest letter from the Central Council of Jews in September 2008, is currently still slated to attend, but he may cancel the trip. "The draft at this point is by no means satisfactory," a spokeswoman for the German Foreign Ministry told SPIEGEL ONLINE, adding: "Our aim is to prevent the conference being misused." That is why the draft is being "continuously examined," she explained. Steinmeier has also pushed for the issue to be debated at the European Union's General Affairs and External Relations Council next week. "It is important for us to reach a European consensus," the spokeswoman said.

The UN High Commissioner for Human Rights Navanethem Pillay cannot understand the uproar. Last Thursday she argued that fears about misuse of the conference by Israel's enemies were unwarranted.

Meanwhile, in Geneva, work has begun on a new closing statement, which is due in the next few days. "We are in the midst of a negotiating process," a spokeswoman for the Human Rights Council told SPIEGEL ONLINE. "We hope that common ground can be reached in the end."