SPIEGEL ONLINE: NATO foreign ministers are gathering in London on Thursday to discuss the path forward for the Western alliance's engagement in Afghanistan. You have advised the conference's participants to listen to the Afghans more. What does that mean?

Wieland-Karimi: Afghanistan's civil society is very much alive. We just finally have to listen to the ongoing debates. In the country's big cities, in particular, intellectuals, journalists and tribal representatives are debating how Afghanistan should best be governed and organized.

SPIEGEL ONLINE: What proposals are currently being discussed?

Wieland-Karimi: Western powers always present free elections as the most desirable outcome. But the latest presidential elections -- with all their irregularities and reports of fraud -- have disillusioned many Afghans. From people close to President Hamid Karzai and even Taliban representatives, we are currently hearing suggestions to hold a loya jirga, the traditional tribal gathering, in addition to elections. The possibility of such a convention is even mentioned in the Afghan Constitution.

SPIEGEL ONLINE: What would such a gathering look like?

Wieland-Karimi: In the 18th century, a loya jirga formed the basis for the modern Afghan nation. Nowadays, it would most likely be a mix of traditional and more modern elements, with regional representatives and tribal leaders participating. One of the issues they could debate is the question of whether a presidential system can really work in a traditionally decentralized nation like Afghanistan. One potential alternative would be a more federal system and the chance for Afghans to elect their governors directly. They are currently appointed by the president in Kabul.

SPIEGEL ONLINE: Would President Karzai ever support an idea like this, given that it could reduce his power?

Wieland-Karimi: That depends on the framing of such a proposal. Would Karzai perceive it as a project of the Western powers intended to drive him out of power? Or would he have to see it as a proposal made by Afghan civil society, which would be much harder for him to dismiss?

SPIEGEL ONLINE: Once again, the Americans are floating the idea of negotiating with Taliban fighters directly. How could that work?

Wieland-Karimi: Everyone talks about the Taliban, but it's not a homogenous group. Sure, we see Taliban fighters with an ideological agenda determined to transform Afghanistan into a safe haven for terror groups, such as al-Qaida. But many of the current Taliban fighters are Afghan men aged 25 or less -- and out of work. The Taliban offers them money, work and food. That is a very attractive offer to many young people. However, such fighters could be considered "moderates" since they lack of an ideological agenda. They could be open to concrete offers made by the Afghan government or the Western powers.

SPIEGEL ONLINE: Could you estimate how many Taliban fighters could be seen as "moderates"?

Wieland-Karimi: Serious estimates are difficult to make, but we know that roughly 70 percent of the Afghan people are under 25 years old. Our goal should be to win the "hearts and minds" of this group, particularly of the young men. They need work, and getting them to work should be the key focus of our dialogue. We are used to measuring progress in miles of streets or hospitals being built, but it would make much more sense to use the level of employment for young male Afghans as an essential benchmark.

SPIEGEL ONLINE: In 2002, at the beginning of the NATO mission, there was a huge amount of enthusiasm in the local civil society for Western aid. Has it all evaporated since then?

Wieland-Karimi: Not necessarily. Young Afghans desire work and good prospects, just like their contemporaries in other countries. But it's true that this enthusiasm has declined considerably over the past eight years. People in Afghanistan have simply had to deal with too many setbacks.

SPIEGEL ONLINE: Will your proposals be placed on the agenda for discussion in London?

Wieland-Karimi: There are many good ideas on the table. As always, the problem lies in the implementation. Afghan civil society needs to become the focus of our activities. Once a local village has been pacified, civil aid workers need to start the reconstruction effort. Still, the big question remains: What group of civilians can fulfill this mission?

SPIEGEL ONLINE: Couldn't the military help out? For instance, soldiers who have been specifically trained to interact with Afghan natives?

Wieland-Karimi: I don't think that's a good idea. We need close coordination between the military and civilian helpers. But both sides should focus on what they do best. A good proposal, however, is to get more Afghan expats involved in the civilian aid project. The Americans -- with their Afghan expat community of almost 500,000 -- have relied on this group heavily. A civilian aid worker who speaks the native language and is familiar with the cultural attitudes of the country is an invaluable asset. We have about 100,000 Afghan expats living in Germany. We should try much harder to make them a part of our civilian effort in Afghanistan. But, so far, our government has hardly tried this. 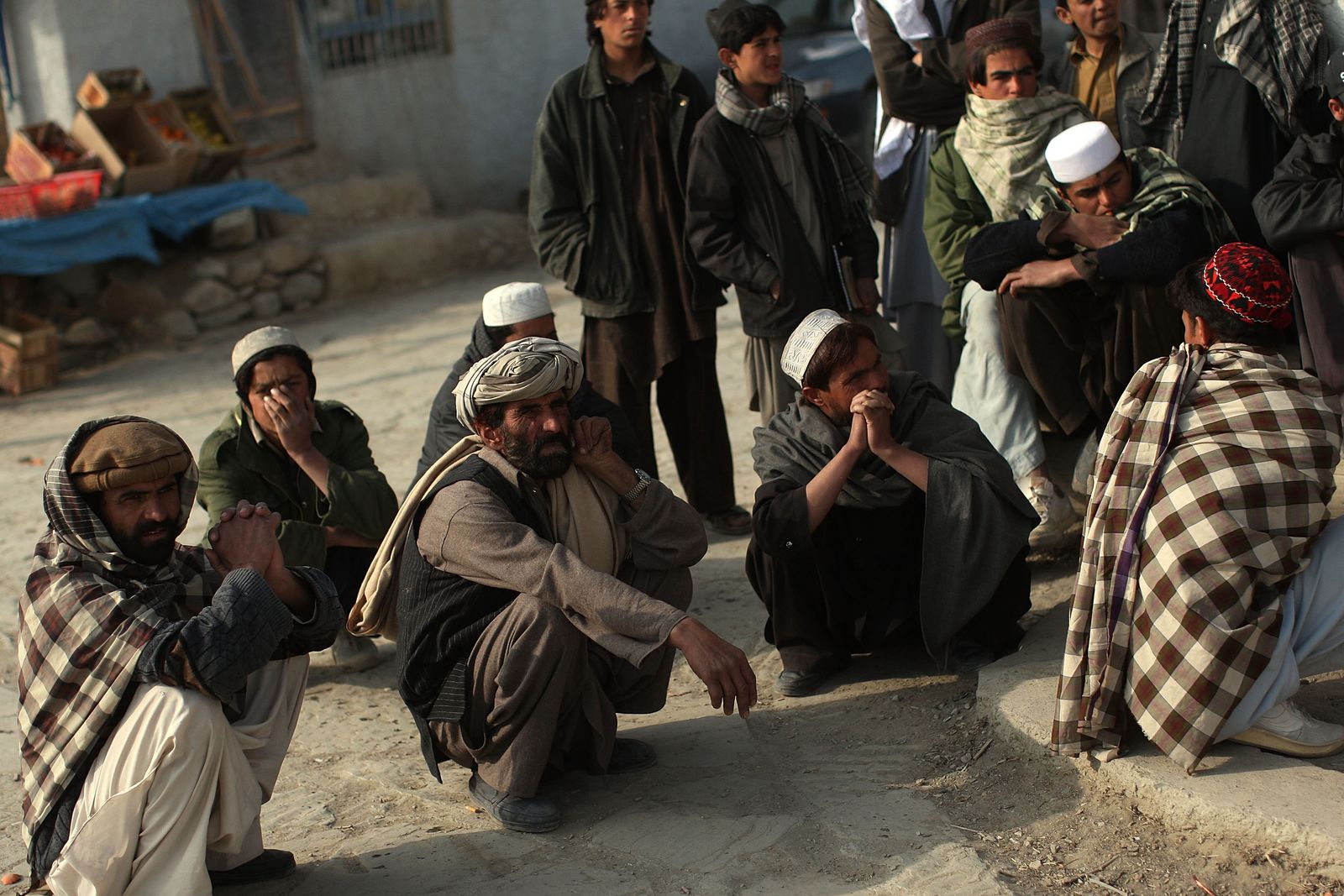 Afghan men in the village of Zerak gather for questioning by US soldiers.