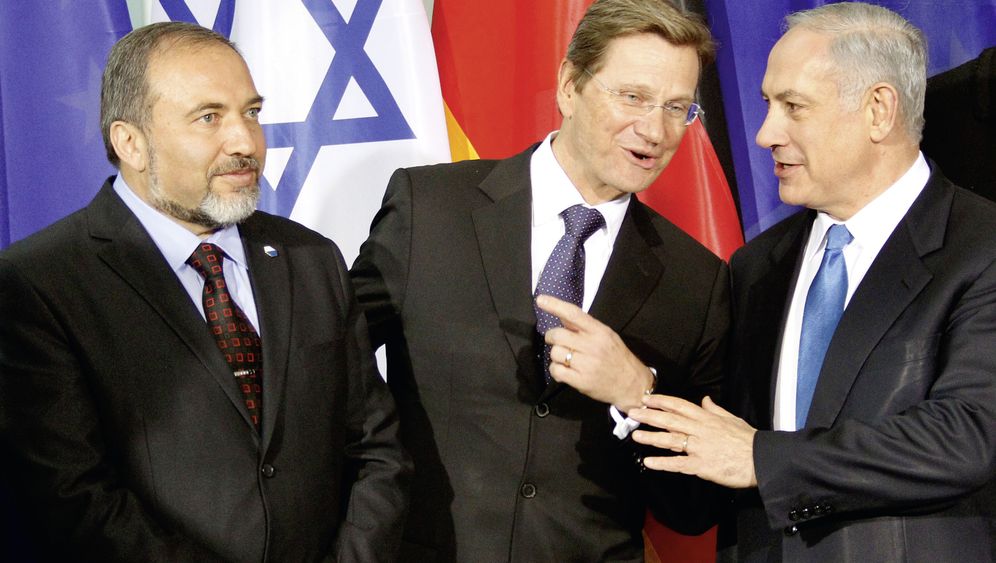 Photo Gallery: 'One Step Too Far'

The day the Mossad operation on German soil began was a clear, sunny Sunday in late March 2009. Alexander Verin, who holds an Israeli passport, had an appointment with an attorney in Cologne to discuss naturalization. Verin was accompanied by a man named Michael Bodenheimer, who claimed that he was an Israeli of German descent. Bodenheimer wanted to apply for a German passport, but Verin, who had made the appointment, was doing most of the talking.

The two men explained that Bodenheimer's father Hans had emigrated to Israel to escape Nazi persecution. As proof, the Israelis showed the attorney what they claimed was the parents' marriage certificate, as well as a passport. In such cases, which number around 3,000 a year, Article 116 of Germany's constitution provides for a relatively straightforward naturalization procedure.

The two Israelis were staying in a Cologne hotel. Bodenheimer would later rent an apartment on a run-down street in Cologne's Eigelstein neighborhood, in a nondescript, sand-colored apartment building with a pizza takeout restaurant on the ground floor, near the railroad station. It was the perfect, cheap apartment for someone who didn't want to be noticed.

On June 16, 2009, the attorney submitted the naturalization application to a registry office in Cologne. A German passport was issued in the name of Michael Bodenheimer two days later. It looked like a routine procedure.

But it was everything but routine when the passport was used in January in connection with the murder of Hamas official Mahmoud al-Mabhouh in Dubai.

A Fake Story of Nazi Persecution

It also wasn't routine when, on June 4, 2010, Polish police arrested a man at Warsaw airport who German investigators believed was Alexander Verin. He now goes by the name Uri Brodsky, at least according to the passport he was carrying. German federal prosecutors had issued an arrest warrant for the man, who they believe is an agent, on the basis of suspected involvement in intelligence activities on German soil and helping to obtain documents illegally. It is possible that his real name is neither Verin nor Brodsky.

What is clear, however, is that the arrest has triggered a crisis in Israel that has sparked questions within Prime Minister Benjamin Netanyahu's cabinet, cast a shadow on German-Israeli relations and could in fact turn into a serious political test of the relationship between the two countries. It is the first arrest worldwide that is directly related to the Dubai murder. German officials in Berlin are outraged that the Mossad apparently obtained a genuine German passport under false pretenses that involved -- of all things -- a fake story of Nazi persecution.

If the Polish government extradites the Israeli to Germany, he could face up to five years in prison. It would deal a major blow to German-Israeli relations if a German court, under the eyes of the world's media, sent a Jewish agent to prison because he worked for the Mossad.

"It is our obligation to prevent his extradition," Israeli Trade Minister Binyamin Ben-Eliezer told SPIEGEL. Transport Minister Israel Katz says that Israel must "use all means to make sure that he returns to his home country." The Israeli ambassador in Warsaw has already intervened several times to prevent an extradition to Germany, and Polish Prime Minister Donald Tusk quickly made it clear that he wanted to prevent the incident from harming Polish-Israeli relations.

Whatever the outcome, the political consequences of the Dubai debacle and the arrest in Warsaw are probably unavoidable. Germany has a unique -- and very sensitive -- relationship with Israel. But does that also mean that German authorities should turn a blind eye to the Mossad's use of a German passport to commit a murder?

For the German government, it is beyond question that Germany should support the Israelis in the Middle East conflict and the dispute over the Iranian nuclear program, and that the country should supply information to Israeli intelligence. When the Mossad is planning an operation on German soil, the Germans are usually generous in giving their permission. "The 'smooth and cozy' approach applies when it comes to Israel," says a German intelligence official.

On the other hand, German law forbids foreign intelligence services from conducting unauthorized operations on German soil, and it does not provide an exception for the Mossad. The Israelis did not request German permission to conduct the operation in question, because the Germans would never have permitted the use of a passport to facilitate a murder. And once a case has been opened in a constitutional democracy like Germany, the wheels of justice start turning.

Those wheels gathered speed in February, when the Dubai police released a list of the names of 26 alleged Mossad agents that could have been involved in the murder at the luxury Al Bustan Rotana Hotel in Dubai. The list included Michael Bodenheimer, who entered Dubai on Jan. 19 with the German passport that was issued by the city of Cologne on June 18, 2009.

The story the alleged Israeli agent concocted to obtain the passport had apparently been in the works for some time. In late 2008, an old man went to the German Embassy in Tel Aviv, where he identified himself as Hans Bodenheimer and told officials that he had fled from the Nazis and had come to apply for German citizenship. The consular division approved the request and mailed him the passport. A few weeks later, Hans Bodenheimer's alleged son Michael turned up in Cologne.

There are many indications that Michael Bodenheimer is a Mossad hit man who was directly involved in the Dubai murder. German investigators suspect that Alexander Verin, a.k.a. Uri Brodsky, on the other hand, may have been a Europe-based logistics specialist whose job included inventing fake biographies. The pattern of his travels throughout Europe -- from Germany to Switzerland and then to the Baltic countries -- support this theory. When he was arrested, he had just come from Austria. And when it began to emerge that Bodenheimer had someone helping him in Germany, the investigators expanded their search to include Verin, who had also registered as "Alexander Varin" in some hotels.

One of the basic rules of the intelligence business is never to get fake identities mixed up, but apparently this was precisely what happened in this case. Sometimes the suspected agent posed as Alexander Verin, sometimes as "Varin" and sometimes as Uri Brodsky, allegedly born on April 12, 1971. The Mossad may have even borrowed the identity of a real Israeli for its purposes, a respectable psychiatrist named Uri Brodsky who lives near Tel Aviv, immigrated to the Jewish state from St. Petersburg 15 years ago and denies all involvement with the intelligence service. "I am not a Mossad agent," he told SPIEGEL.

While the real Uri Brodsky hasn't left Israel in two years, his doppelganger has left a trail during his travels. An analysis of air travel and credit card records yielded so many connections that investigators are convinced that the passports of Alexander Verin and Uri Brodsky were used by one and the same person. Based on a photocopy they obtained from one of the hotels where he stayed, the authorities now know what the alleged agent looks like. Germany's Federal Court of Justice issued a warrant for his arrest on April 13.

If Brodsky is in fact extradited, there is, at least in theory, a legal backdoor under Germany's code of criminal procedure, which states that "in the event of a serious disadvantage to the Federal Republic of Germany," or "if other prevailing public interests stand in the way of prosecution," the German federal prosecutor can stop the proceedings. The last time this happened was in 2002, in a case involving two Syrian agents against whom charges had already been brought. The Syrians were released on the day before the trial. In return, Germany received information about Islamist terrorist structures. The fact that Israel's arch enemy Syria received preferential treatment in that case doesn't make the current situation any easier.

Nevertheless, it seems highly unlikely that politics will trump justice this time. Officials in Berlin are apparently very resentful of the Israelis and feel that their brazen behavior in the Mossad incident went "one step too far." When representatives of the most important security agencies and ministries came together for their weekly meeting at the chancellery in Berlin last Tuesday, the Brodsky incident was part of the discussion. The group quickly agreed that the case "must be handled under purely legal criteria," according to one member of the government.

'The Investigations Have Opened a Pandora's Box'

Of course, it remains to be seen whether there will in fact be a trial. The attorney for Uri Brodsky, who is in custody in Poland, announced last week that his client is not the man being sought by German authorities. It is now up to the German Federal Criminal Police Office to prove that Brodsky is their man, otherwise he may not be extradited. It is also possible that officials in the United Arab Emirates, who are investigating the Mabhouh murder, will seek his extradition. And even if the alleged Mossad agent is indicted in Germany, the line of defense is not that difficult to predict. Brodsky "is only accused of having used a forged German passport," claims Israeli Trade Minister Ben-Eliezer. Anything else, he adds, "must be proven."

Until then, the wheels of justice will continue to turn in Germany. The investigators now want to analyze the clandestine practices of the Mossad and are looking into other clues that lead to Germany, directly before and after the Hamas official's murder. "The investigations," says a senior German government official, "have opened a Pandora's box."