At first, it was just the Panjshir Valley – that legendarily inaccessible, lengthy mountain valley northeast of Kabul – which stood out like a solitary blotch on the map of Afghanistan in recent days. Only here did residents not initially succumb to the advance of the Taliban, who even managed to take over the capital city of Kabul a little over a week ago. The people of the valley let it be known that they would not be giving up.

But for the last few days, more and more reports have been emerging – confirmed by eyewitnesses on the ground – that resistance against the Taliban has suddenly sprung up elsewhere as well. Units of the Afghan army, which has officially given up, have reportedly made their way to Panjshir from Kandahar in the south and from the Uzbek areas of the country in the north. On the southern edge of the Panjshir Valley, anti-Taliban forces apparently met little resistance when they took over the important road up to the Salang Tunnel, the only major north-south arterial.

Taliban opponents in the Panjshir Valley on August 19

Then, on Sunday, Taliban leadership in Kabul announced via Twitter that it had sent "hundreds" of fighters to "the state of Panjshir after local state officials refused to hand it over peacefully." The rather mild wording indicates that the Taliban would prefer to avoid open conflict.

It doesn't really seem to make sense: First, the Afghan army – trained and equipped by the United States for 20 years – surrenders city after city, with Kabul finally falling to the Taliban without a fight. A day later, the Islamists posed as boisterous victors in the Presidential Palace and held press conferences where they presented themselves as a moderate, statesman-like power.

And now, after all that, the final remnants of the old state want to take up the fight against the Taliban? It sounds like nothing more than delusional propaganda from the last remaining Taliban opponents.

But the suddenly emerging resistance has been confirmed by an increasing number of witnesses in numerous provinces. And it also isn’t as delusional as it might first seem – for two main reasons. First, these last few days of extremely rapid change have instilled deep fear in countless numbers of people. At the same time, though, the collapse of the state has oddly had something of a liberating effect. The government of President Ashraf Ghani was so discredited, disliked and even hated across the country that many places had felt and sounded almost paralyzed in recent months. The Americans were occupiers, the government was corrupt – what was there to fight for? What there was to fight against no longer seemed important.

Now the Taliban Is the State

Now, suddenly, it is. After 20 years of torpor, the political fault lines are currently shifting with unimaginable speed.

The second reason is even more important. Despite all of their detailed preparations to take power, the Taliban have underestimated what it actually means to switch sides in an asymmetric war. Now, they are the state. Now, they have to control every city and every province, now they must provide the personnel for every police station and every checkpoint. And they simply don’t have enough people to do so, despite estimates that the Taliban include around 30,000 to 40,000 fighters.

Perhaps there are more of them now, but the personnel shortage has been confirmed both by sources within the Taliban movement and by independent observers in Kabul and other provinces. "I spent three hours driving from police station to police station,” said a former European soldier last Thursday who was still in Kabul and trying to find Taliban fighters to help escort foreigners through the chaos at the completely besieged airport. "But in none of the stations, which used to be manned by dozens of officers, did I see more than three or four men.”

The Taliban are at risk of losing their grip on Kabul, agreed a confidant of senior Taliban leaders. "There are far too few of them. And there are hardly any reserves left that can be sent. The fighters have conquered so many provinces in recent weeks, and they have had to station units there.”

Even back on August 19, just a few days after the Taliban had overrun the city of 4 million, unrest was tangible. It was the day of Afghan independence and people gathered to demonstrate with the red-green-black Afghan flag in Kabul and many other cities. Several of these protests were dispersed with clubs and weapons fired into the air. In Wazir Akbar Khan, the central Kabul neighborhood where many embassies are located, a group of people gathered in front of the British Embassy in the desperate hope of obtaining a visa or some kind of official-looking letter. "They weren’t demonstrating at all," says a neighbor.

Access to the embassy, which had been extremely tightly secured until the previous week, begins at a large traffic circle, where more and more people began to gather. The sheer numbers of people at the site quickly made the Taliban security personnel in the area extremely nervous. They may have been armed, but they were hopelessly outnumbered. Their nervousness boiled over late in the afternoon. Shortly after 5 p.m., the Taliban opened fire, but were careful to aim over the heads of the crowd in an attempt to drive them away. The rounds rained down on cars and rooftops 300 meters away.

It wasn’t clear if people were injured or killed – but if they were, that didn’t seem to be the Taliban’s intention. On the one hand, it looks as though the Taliban are extremely afraid of large crowds of people, but on the other, they want to avoid open violence. That, it is said, is an order.

The Fears of the Taliban

In a certain sense, they are victims of their own overwhelming victory, one that they would like to solidify, in part through their negotiations with the international community. The Taliban want assurances that aid money will continue to roll in and they want to be recognized as the new government. But until they have reached that goal, they cannot exhibit the brutality they are known for.

To be sure, a growing number of reports indicate that the Taliban’s softer side seems to disappear after a few days and that police and intelligence officers who believed the promises of amnesty and didn’t flee have been shot dead. But in Kabul and the larger cities, at least, the Taliban have sought to maintain calm.

By doing so, however, they are granting valuable time to groups that are rapidly reorganizing in opposition to the Taliban.

For several days, Taliban emissaries have been negotiating with Ahmad Massoud, the son of Ahmad Shah Massoud, the so-called "Lion of Panjshir” who first kept the Soviets out of the valley and then the Taliban until he was murdered in 2001. At the moment, it seems to be primarily the Taliban who don’t want open warfare, say former military officers familiar with the negotiations in the Panjshir Valley. But the positions, they say, are too far apart for there to be a realistic chance of an agreement.

Already, they say, a five-figure number of trained soldiers and militia fighters have arrived in the valley, including many former members of the special forces units, which once included around 25,000 soldiers. The officers say that more are arriving every day.

"Hundreds of fighters” from the Taliban, they say, hardly represent a credible threat. 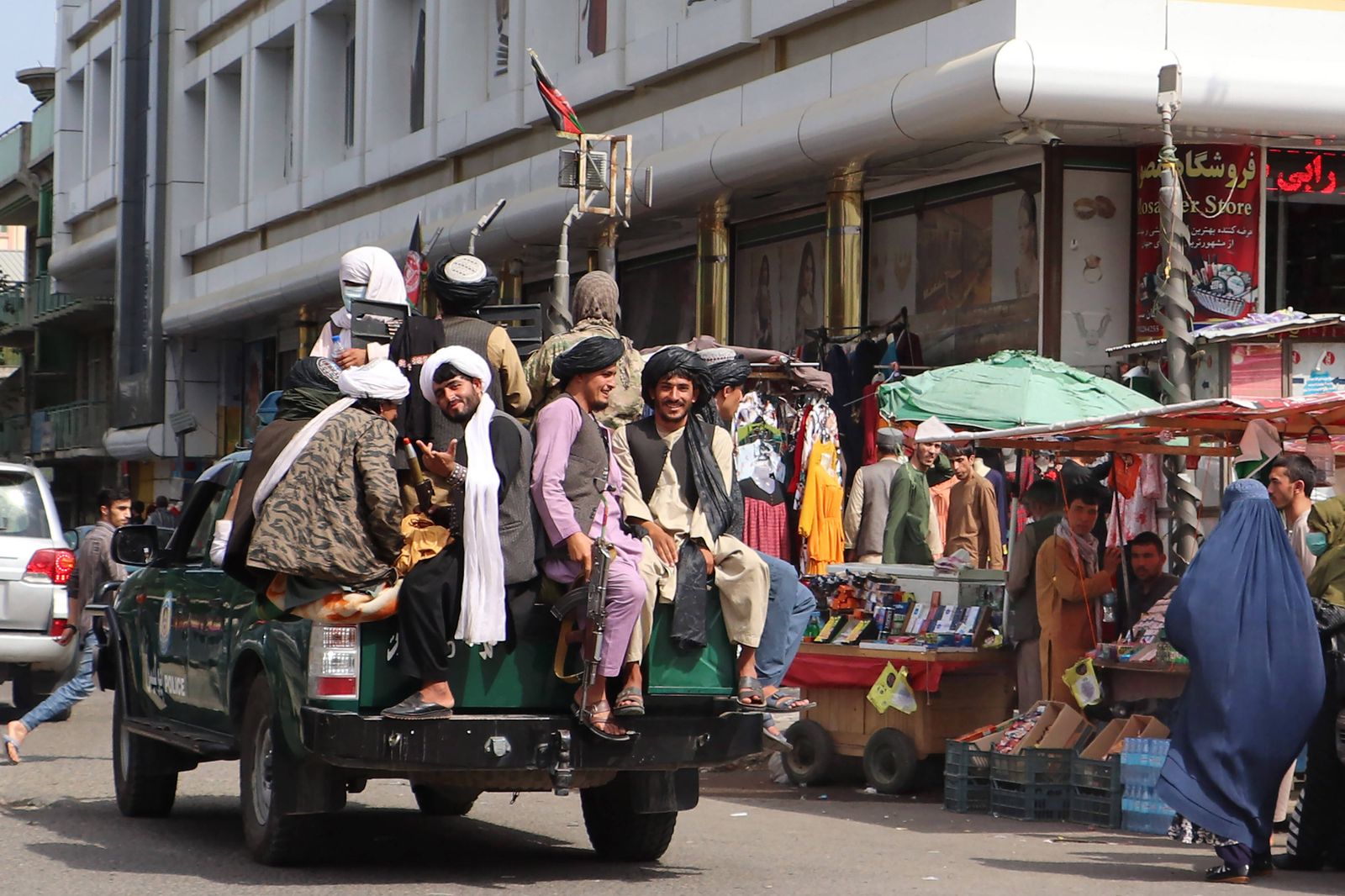 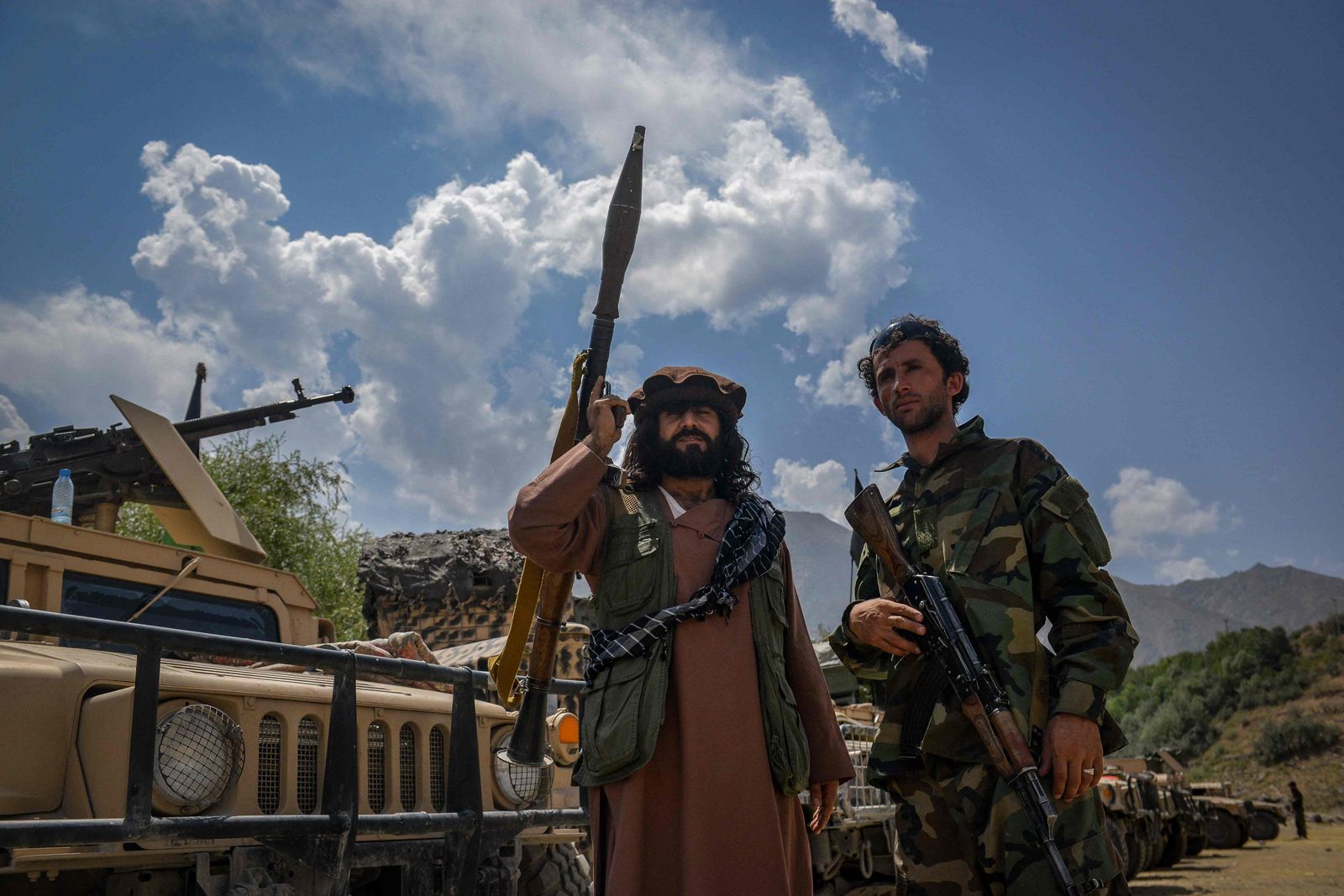 Taliban opponents in the Panjshir Valley on August 19 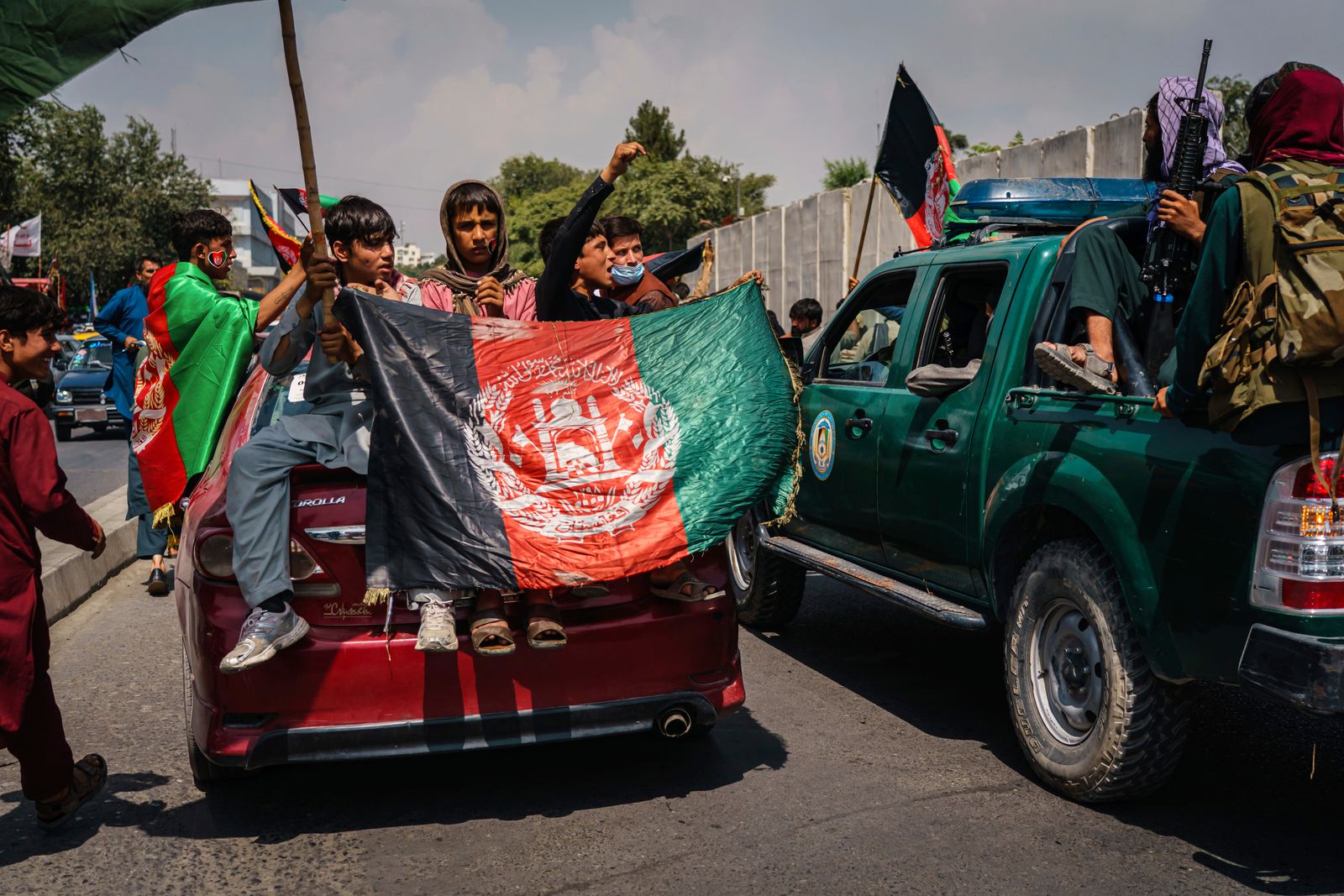 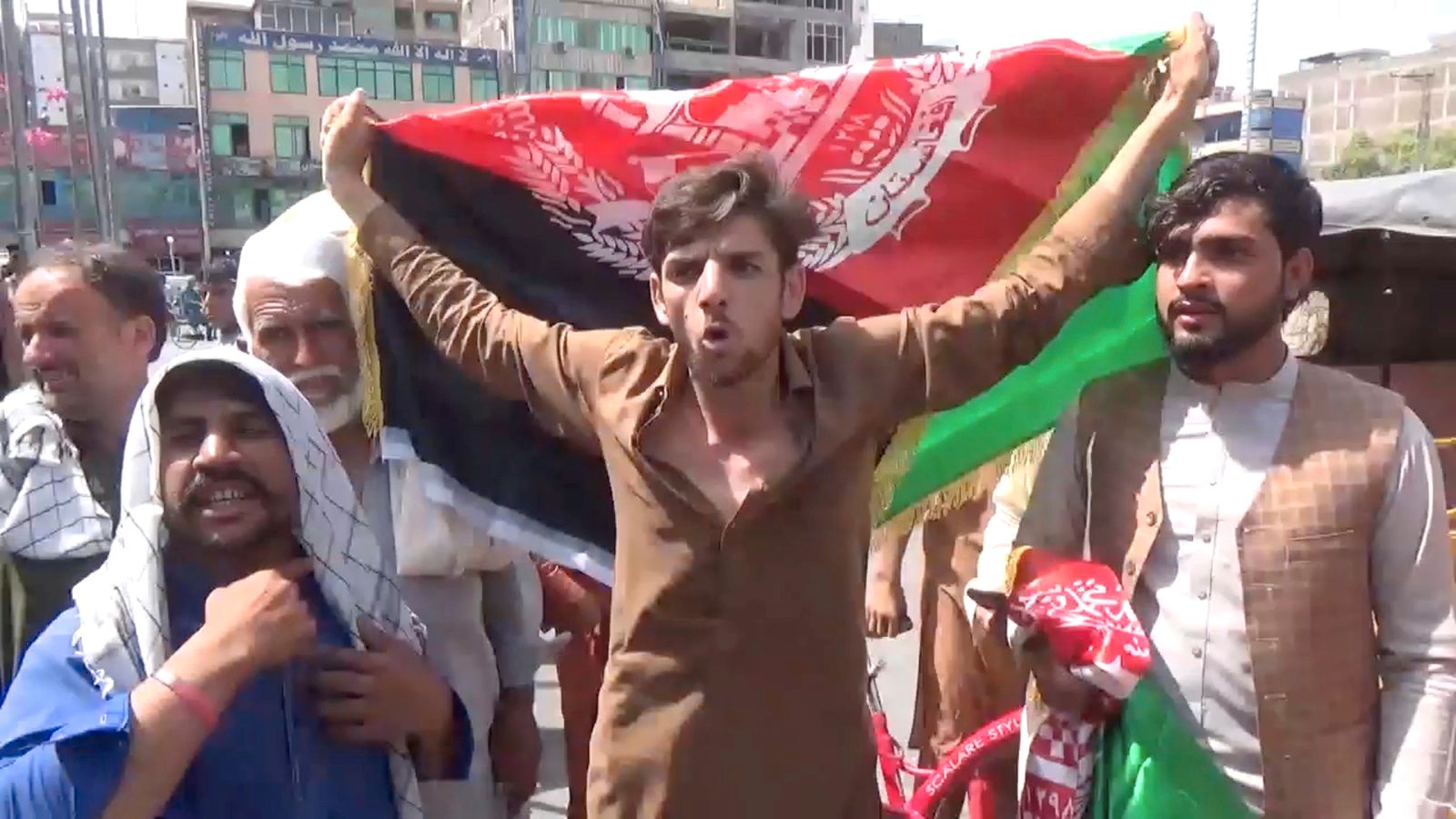 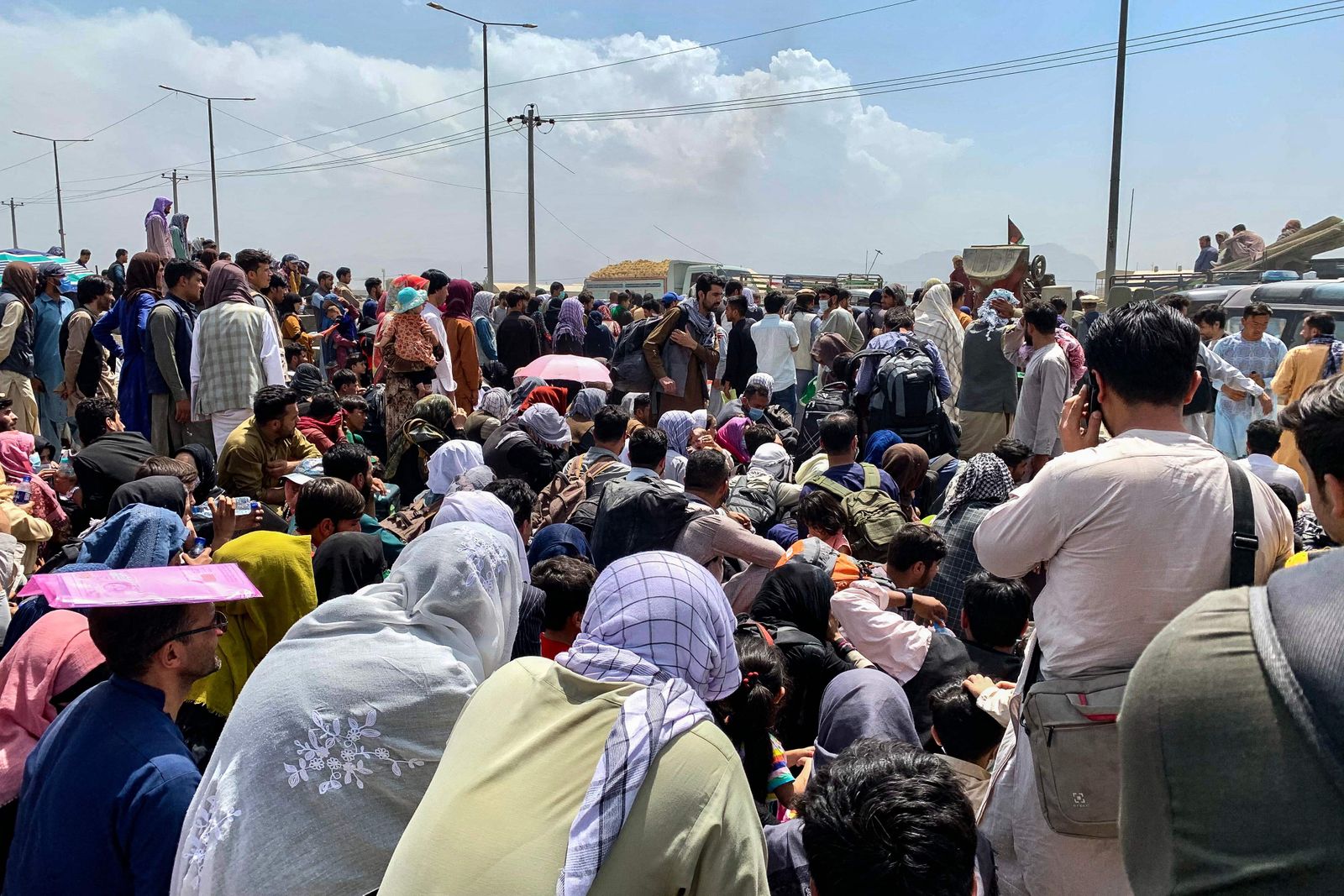