Media is sitting on a mattress cradling a doll in her arms. It's 2018, and the 10-year-old is in a place of safety, a refugee camp in the autonomous region of Kurdistan, located in northern Iraq. She has been in this haven for the last four years, a place where she need not fear kidnapping, shelling, war or starvation.

Media and her family moved into the camp just four months previously, but it has been four years since Islamic State (IS) invaded her village in August 2014. She and her family managed to escape, spending 10 days fleeing through the mountains, surviving without water or food, terrified all the while that their pursuers would catch up with them.

In the days after the IS invasion, Media had a seizure. It would not be the last. Indeed, she kept fainting, over and over again -- and her family had no idea why.

Here in the camp, her seizures remain a problem. While her siblings play outside, she stays by herself. And whenever she gets stressed, she blacks out and has seizures. These can last 10 minutes or a half hour. When Media speaks, it's only to her doll.

A doctor in Dohuk initially diagnosed her with schizophrenia, but a psychology student who wanted to help Media asked her professor for advice, and he was rather skeptical of that diagnosis. Jan Ilhan Kizilhan teaches at the Baden-Wuerttemberg Cooperative State University (DHBW) in the southern German town of Villingen-Schwenningen. Between March 2015 and January 2016, he brought more than a thousand Yezidi women and girls who had been abducted and brutalized by IS to Germany for treatment.

And Kizilhan had seen seizures like Media's before. They are a kind of survival mechanism, with fainting protecting Media from having to face the fear she experienced in the mountains, the therapist explains. He diagnosed Media with post-traumatic stress disorder with dissociative events.

The atrocities committed against the Yazidi were exceptionally brutal, even for IS. It amounted to nothing less than genocide. While the men of the religious minority were murdered on the spot when their villages were raided, the terrorists kidnapped the women and children, raped them and sold them as slaves or used them as child soldiers.

Children were made to watch beheadings or were themselves forced to commit terrible acts of violence. They lived in constant fear of being executed over some triviality.

The number of people suffering from mental health disorders has jumped due to the years of horror the population faced -- and this in a society that has been subjected to war and terror for generations.

With the support of the German government, Kizilhan, a German-Kurdish trauma expert, founded the Institute for Psychotherapy and Psychotraumatology at the University of Dohuk in the Kurdish autonomous region in northern Iraq. The first 25 students completed their degrees last autumn and they are now all trained psychotherapists. Most of them have already received job offers in the region.

Kizilhan's big hope is that psychotherapy treatment will trickle down from Dohuk into the rest of the Middle East. "We need to be able to give the people here the necessary know-how, and we must do so in a culturally sensitive way," Kizilhan says. "That means adapting the good techniques, that have been medically and therapeutically vetted, for this culture."

He constantly has to deal with people's reservations. "If anything, people will go see a psychiatrist, that is, a doctor, rather than a therapist. And if they have a mental illness, he's expected to give them medicine that will make that illness go away quickly," Kizilhan says. To make matter worse, psychological problems are generally stigmatized. This is especially true for encounters with violence, and particularly sexual violence.

At the University of Dohuk, students spend three years learning the basics of cognitive behavioral therapy according to the German model. Experts fly in from abroad to give lectures and exams or assist the students with diagnoses.

There is an arduous application procedure for the master's program, the central element of which is a personal essay. Above all, the young men and women must prove their personal aptitude. Not everyone, after all, is able to handle hearing about atrocities every day -- especially considering that many of the applicants from the region have their own personal experiences with war and violence.

Media is one of the first to benefit from the institute's work. It took a while, but after spending time painting with one of the students, conversations began that gradually evolved into a course of therapy.

It takes Media a long time to trust people. But when Kizilhan visits her a few months later, the girl he encounters is good-humored and open. Media's fits have become less frequent, she has found friends to play with in the camp and is even among the brightest in her class.

Kizilhan's students work with patients from the very beginning of their studies and many find themselves immediately confronted with their personal limits. Noori, 29, looked after a young mother named Suad back in autumn of 2018. Suad lived with her husband and three of her children in Camp Sharia, near Dohuk, but her two eldest daughters had been kidnapped. For more than four years -- ever since IS terrorists raided their village early one morning -- Suad has been tormented by the uncertainty of not knowing whether her two daughters were still alive.

"When IS came, we ran out of the house at 8 in the morning," Suad says. "My daughters, my uncles and seven members of my family were taken prisoner. We've been here in Kurdistan for four years and know nothing about those missing family members. Nothing at all."

Suad hoped Noori would be able to help her. Too often, she told Noori, her other three children had to suffer because she was aggressive toward them. Noori tried to teach her techniques to better deal with her feelings, but one thing the student could not change was the awful situation in which Suad found herself.

Then, one evening in April 2019, Suad received a phone call. Her daughter Hadia had been freed in Syria and she would be able to see her again soon. "I cried with joy. I didn't believe it. We were then able to talk to her via video chat. When I saw and heard her, I screamed so loud that all the neighbours came rushing over," the mother says. Hadia's older sister Kristina came back a month later.

The two girls were 4 and 7 years old when they were taken. Now, five years later, they are sitting in front of a tent with brothers and sisters they first had to get to know. Both children show signs of abuse and Noori wants to keep a close eye on them. "Kristina is very quiet and withdrawn. She's very, very sad. Hadia, on the other hand, is aggressive, irritable and argumentative."

Suad asks Hadia to undo her braid and tilt her head forward. On the back of her head is a spot where her hair will no longer grow. That's where Hadia was beaten again and again. Hadia and her sister will receive help when they need it.

But many others cannot be treated -- there are simply too many of them. The suicide rate in Iraq is already extremely high. Kizilhan also perceives a potential danger in some people who go untreated. For instance, former child soldiers who come back with a high potential for aggression and impulse control disorders.

"You don't have to be a prophet to realize that we are already breeding the next generation of terrorists who will one day bring disaster upon this society," he says.

Since Turkey's invasion of northern Syria in October 2019, more than 12,000 additional refugees have arrived in northern Iraq. "The release of IS fighters is making people more afraid and giving them nightmares," Kizilhan says about some of the patients in the camps. Many are worried that IS will regain its strength and that the killing will continue. 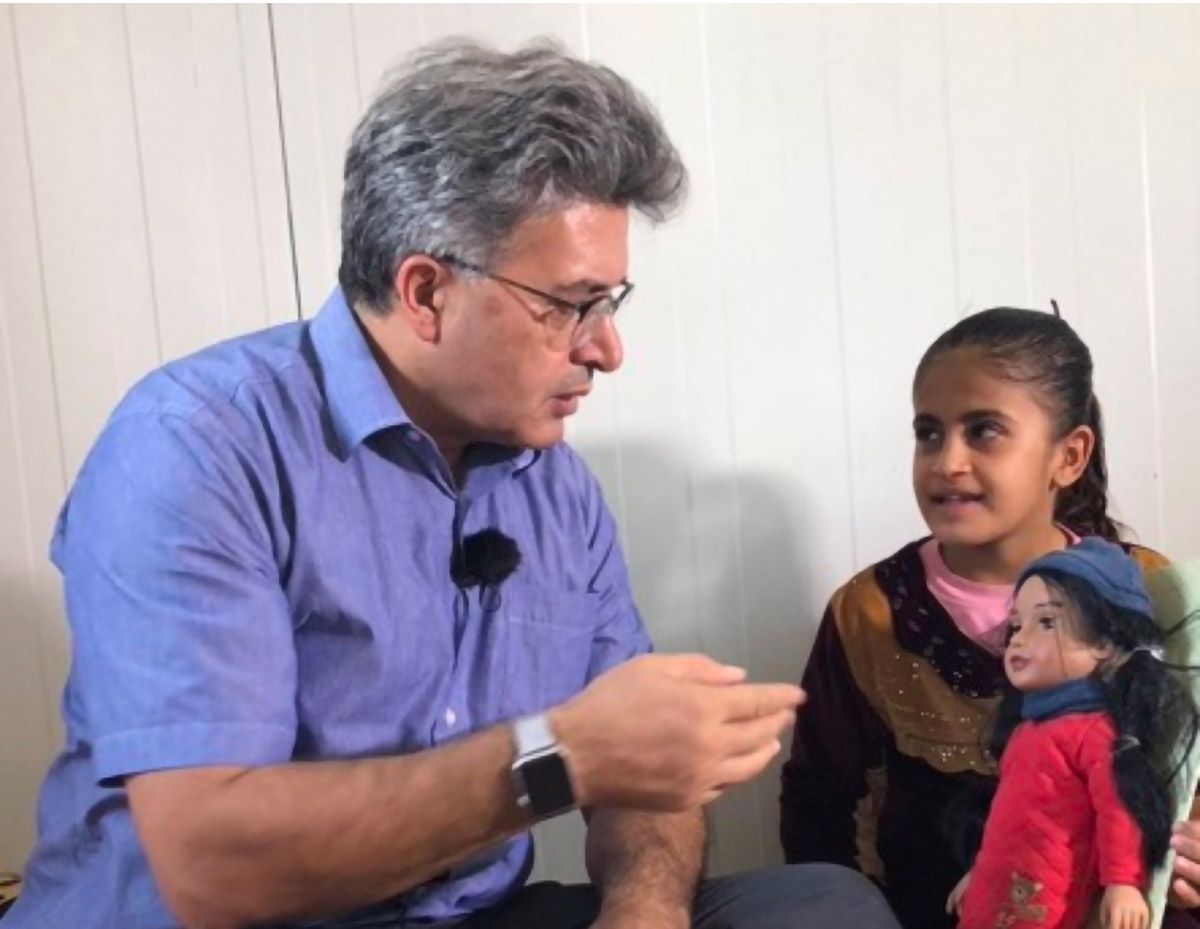