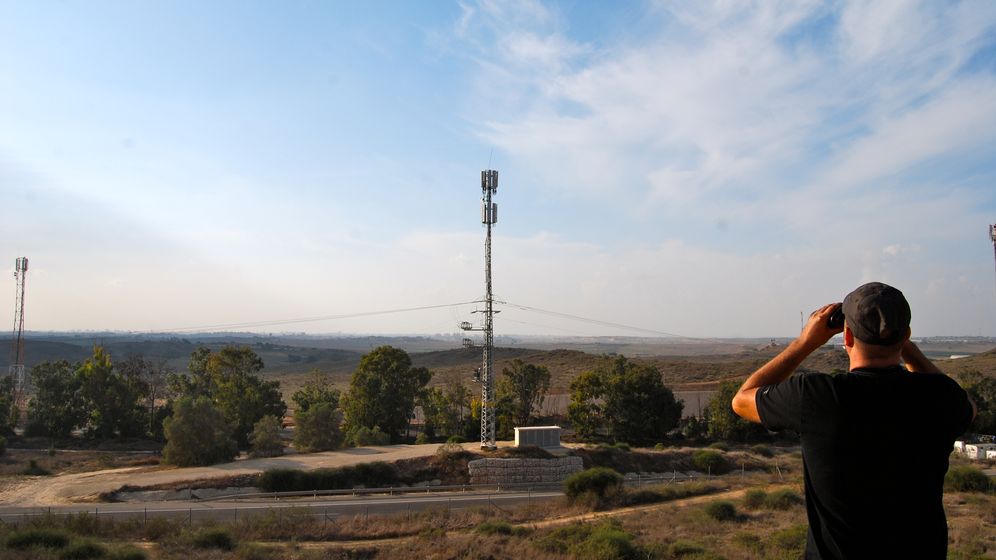 Life slowly comes to a standstill the closer one gets to Israel's border with the Gaza Strip. In Ashkelon, some 15 kilometers (around nine miles) from Gaza, the playgrounds and beaches are empty, but there are still some signs of daily life -- with a handful of people and cars on the streets.

Drive further south, however, and the three-lane motorway suddenly becomes completely deserted. For minutes at a time, no other people are to be found. Through the open car window, the sirens are sounding again. They wail each time a rocket approaches from Gaza. In cities in the region like Ashkelon, they warn residents about a dozen times a day that the unseen rockets are on their way. Their message is that within 15 to 30 seconds, the rocket will hit somewhere in the vicinity.

Israelis who live near the Gaza Strip have the drill down perfectly. The siren means that they must quickly head to a shelter. Given that most people would only know how to get to safety that hastily within their own homes, almost everyone is staying in these days. Once it became clear that the war wouldn't be over within a day or two, a number of other people packed their bags on Friday and went to stay with relatives further north.

But the likelihood of being hit by a rocket attack is low in Israel, despite the frequent trips residents in target cities take to shelters. About one-third of the rockets are destroyed in the air by Israeli missile defense systems. Besides, Hamas' homemade bombs don't appear to have much explosive power. They may damage homes, but they rarely destroy an entire building. Still, anyone living within reach of hostile missiles has little use for the theory of probability.

Weighing the Value of Human Lives

Along the roadside a military bus comes into view, having pulled over due to the siren. Some 20 reserve troops, young people in uniforms, are stretched out next to the vehicle in the roadside ditch. A few minutes further down the road lies Sderot. Located only two kilometers from Gaza, it has become a ghost town.

Standing on a hill outside Sderot with two friends, Sharon can see Gaza. The young Israeli with a three-day beard doesn't want to be photographed there next to an old sofa watching the bombs hit Gaza with binoculars, a scene he fears will make him seem callous. He admits he's a bit afraid, but he would also like to see some "action."

"There isn't anything else to do," he adds. "Everything is closed. We're at war."

From a military perspective, the rockets coming out of Gaza are pinpricks. But they are pinpricks that no country would tolerate. Three Israelis have been killed by rocket attacks this year -- and all three of the deaths occurred during the Gaza offensive on Thursday in the city of Kiryat Malakhi, when their apartment was hit.

This element of random chance is what creates the sense of terror. It could happen to anyone. And when fear is at play, the rules of statistics and logics don't apply.

"We don't want war, but there is no other choice," Sharon says. "We aren't the bad guys. We also don't want Palestinian children to die. But when it comes down to your own children or someone else's, the choice is clear."

At least 111 Palestinians, including 56 civilians, have been killed in the last seven days by Israel's bombardment of the Gaza Strip. Some 840 have been wounded, Gaza health officials are reporting. During the Gaza War in 2008, some 1,000 Palestinian civilians were killed. But the losses of human lives on either side don't cancel each other out. Sharon is still making calculations, though.

"No Israeli wants Palestinian children to die, but after the Gaza War we had a few months of quiet," he says. "If there are two or three months when no rockets fly, then it's worth it."