Using the alias of Nasanin Bahonar to protect her identity, a 29-year-old sports journalist describes how government critics are using live football matches to get around the government's crackdown on dissent and air their complaints about the regime.

SPIEGEL: During an Iranian Pro League match in late August some fans of the Tractor Sazi Tabriz club chanted anti-government slogans and criticized the parliament. Why?

Bahonar: The fans blame the politicians for not taking action against the environmental catastrophe at Lake Urmia in northern Iran. The lake, on which many farmers rely, is in danger of drying up. After the game, security forces detained 30 fans because of the protests and sent them to prison. But during the next away match of Tractor Sazi Tabriz in Tehran, the same chants occurred again. Seven fans were arrested there.

SPIEGEL: In May, former soccer player and dissident Nasser Hejazi died. The memorial ceremony became a mass protest against the government's politics. How does the sport fit into the opposition movement?

Bahonar: In terms of freedom of expression, soccer stadiums are nearly as important as the Internet in Iran now. The protest is more secure there because the police can't arrest thousands of people at once. State television broadcasts many matches live, and the people use it as a stage for resistance. They're showing banners to the cameras and chanting protest songs, which is why some games are broadcast without sound now.

SPIEGEL: The Iran Football Federation has also cancelled some matches in order to prevent protests. Could the sport be banned?

Bahonar: No. Soccer is too important for the government. President Mahmoud Ahmadinejad has recently appointed lots of politicians as officials in the football federation and as club owners. They benefit hugely from this. No one controls revenues and losses in Iranian soccer clubs. Bribery and corruption has never been so rampant in Iranian soccer.

SPIEGEL: It is forbidden for Iranian women to attend a men's soccer match. Do the female fans protest that restriction, too?

Bahonar: Yes, but without much hope of success. In 2006, a few dozen women tried to attend the Iran national team's friendly match against Bosnia. They waited in front of the stadium in Tehran, but they were not allowed to enter the arena. As they began protesting the restriction the police forces attacked the group and chased them off. And recently, in March 2011, two female soccer fans were eager to enter the stadium for the Tehran derby, where Esteghlal played against Persepolis. They disguised themselves as men, but they were arrested. 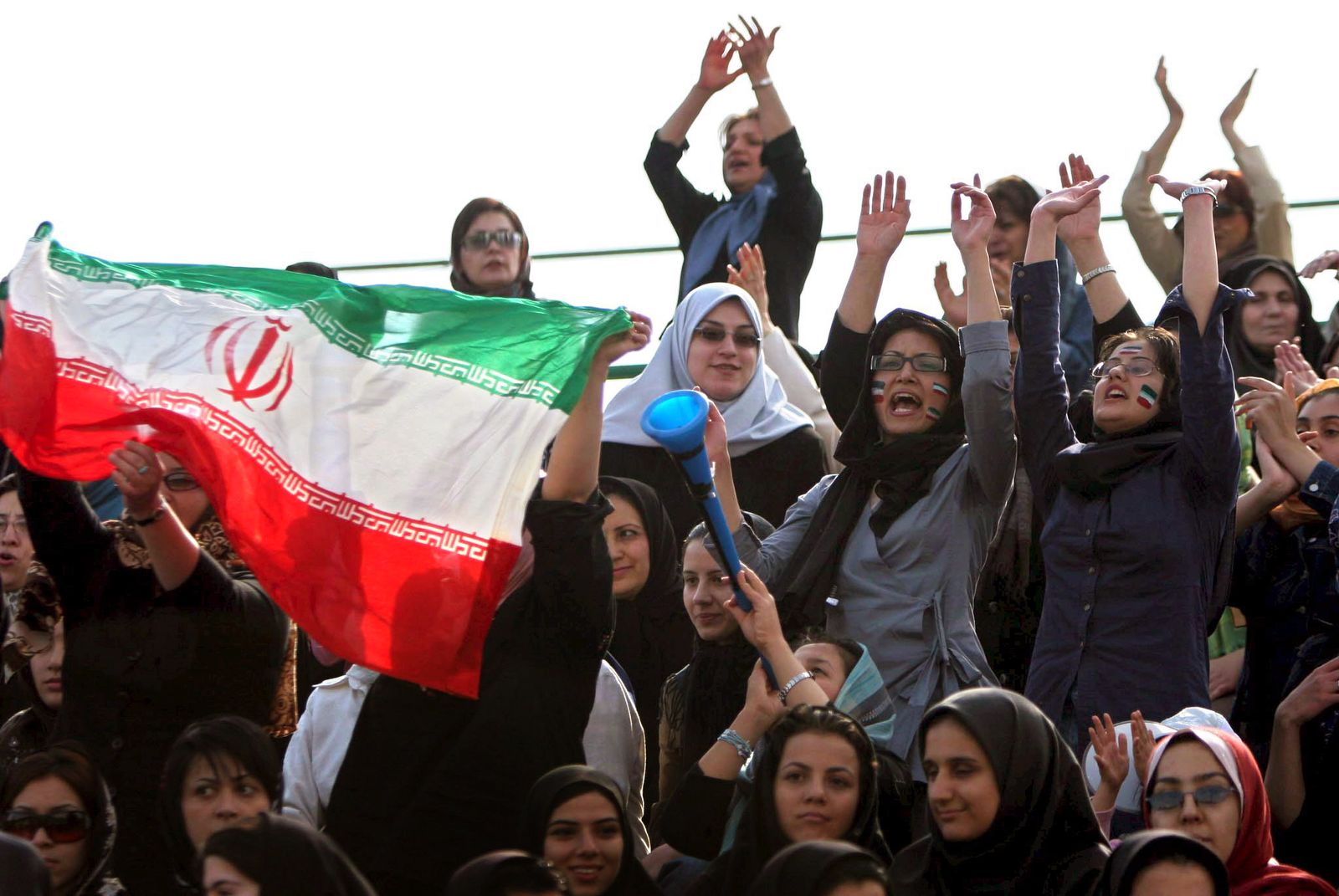 Iranian women cheer during a women's soccer match in Tehran in 2006.