If you set the bar really low, Kabul actually saw political progress on Sunday afternoon, despite all the dismay. When the Taliban first captured Kabul almost exactly 25 years ago, they tortured and assassinated Mohammed Najibullah, the president who had been deposed months earlier. They hanged his body from the pole of a concrete platform used by traffic cops, as a deterrent to anyone who might dare to oppose them.

President Ashraf Ghani- at least that was his title until Sunday afternoon - had one last meeting with a Taliban emissary at the Presidential Palace yesterday. A friendly photo of the men hugging was posted on Twitter before the new rulers allowed him to fly out with two of his closest advisers, presumably to Tajikistan.

Everything Will Be Peaceful, Right?

In other ways, too, the capture of the Afghan capital was almost surreally peaceful after the violence of past years. As thousands tried to make their way to the airport, panicked by what was happening, old and new leaders exchanged pleasantries. In alternating succession, the Taliban and the remaining ministers issued statements that everything would remain peaceful, that the people shouldn’t worry. Interior Minister Abdul Sattar Mirzakawal announced a "peaceful handover of the city" to a yet-to-be-formed interim government, adding that there would be "no attack on the city.”

A Taliban spokesperson in exile in Qatar also said that they, too, expected a peaceful handover and had issued orders to the Islamist group's fighters to wait for that handover "outside the gates of the city." Later, another spokesman confirmed that Taliban fighters had entered the city, but only to prevent looting.

The day remained much quieter than might be expected after the demise of the military-protected government installed by the West and funded for 20 years. Only sporadic gunfire could be heard, fired by guards trying to protect a bank from looters and at the airport, where thousands tried in panic to get inside so they could flee the country.

But it is not only too early to sound the all-clear – it would also be a fatal mistake. The Taliban has shown in recent months that it has an immense political flexibility to do the opportune thing at the opportune time.

During the murderous battles against the Afghan army in recent years, the Taliban killed with boundless aggression. And the attacks actually increased following the agreement with the United States government. But not a single one of the American soldiers, who are actually far more hated by the Taliban, was killed.

In the past few months, when they set out to storm the provinces, the Taliban often conveyed offers to soldiers and police through village elders to leave without a fight and no harm would come their way. And they even fulfilled that promise.

But how much of that benevolent face will remain once they actually hold all the power? Once the U.S. military is completely gone and the Taliban also have control of the Kabul airport?

The first announcement in the late afternoon, by which point the Taliban had taken over the Presidential Palace in Kabul, no longer sounded as peaceful and consensual as the statements from the morning. Two Taliban spokesmen told Reuters that there would be no transitional government of the kind that all sides had unanimously agreed to. That won’t happen. The Taliban, the two men said, are expecting a complete transfer of power. This despite months of negotiations in Qatar aimed precisely at creating a joint transitional government, with the Taliban leadership having demonstrated complete openness to the idea. The main condition was that President Ghani had to step down.

One of the most unnerving things about the Taliban is this capacity for highly disciplined, radical changes of direction. Once they have fully consolidated their power over the country, there will be little to stop the Taliban from once again imposing their ideas by force.

It is also unclear how the balance of power between the Taliban political leadership and the military commanders will tilt. After their incredible triumph, Taliban military leaders will be unlikely to show much regard for anyone and will probably seek to push through their own agenda, which includes banning women from universities, government offices and almost all jobs in addition to closing all institutions deemed to be "un-Islamic” in any way. If ever they had a reason to believe that there has been divine intervention in their mission, then that time is now.

Furthermore, the Taliban isn’t a foreign force acting solely on the orders of its leadership. In the provinces, towns and villages, there are relatives of Taliban fighters who have been killed, there are feuds between local Taliban and companies who refused to pay protection fees. There are, in short, countless transgressions waiting to be avenged. The question is whether the Taliban leadership can – or wants – to prevent it.

Appeals from Western governments for the Taliban to now, finally stop its victory march once and for all will be treated with even greater disdain. In the medium term, though, there is one means that stands above all the others in terms of exerting pressure from abroad, and the Taliban know it: money and humanitarian aid. Western Afghanistan is experiencing its worst drought in years, with several million people – mainly there, but also in other parts of the country – in need of food aid. Large parts of the Afghan health care system are also provided by non-governmental organizations.

Afghanistan will continue to have to live off the billions of dollars in aid from abroad, just as the Afghan state has until now. Otherwise, people in Afghanistan will simply starve in droves. 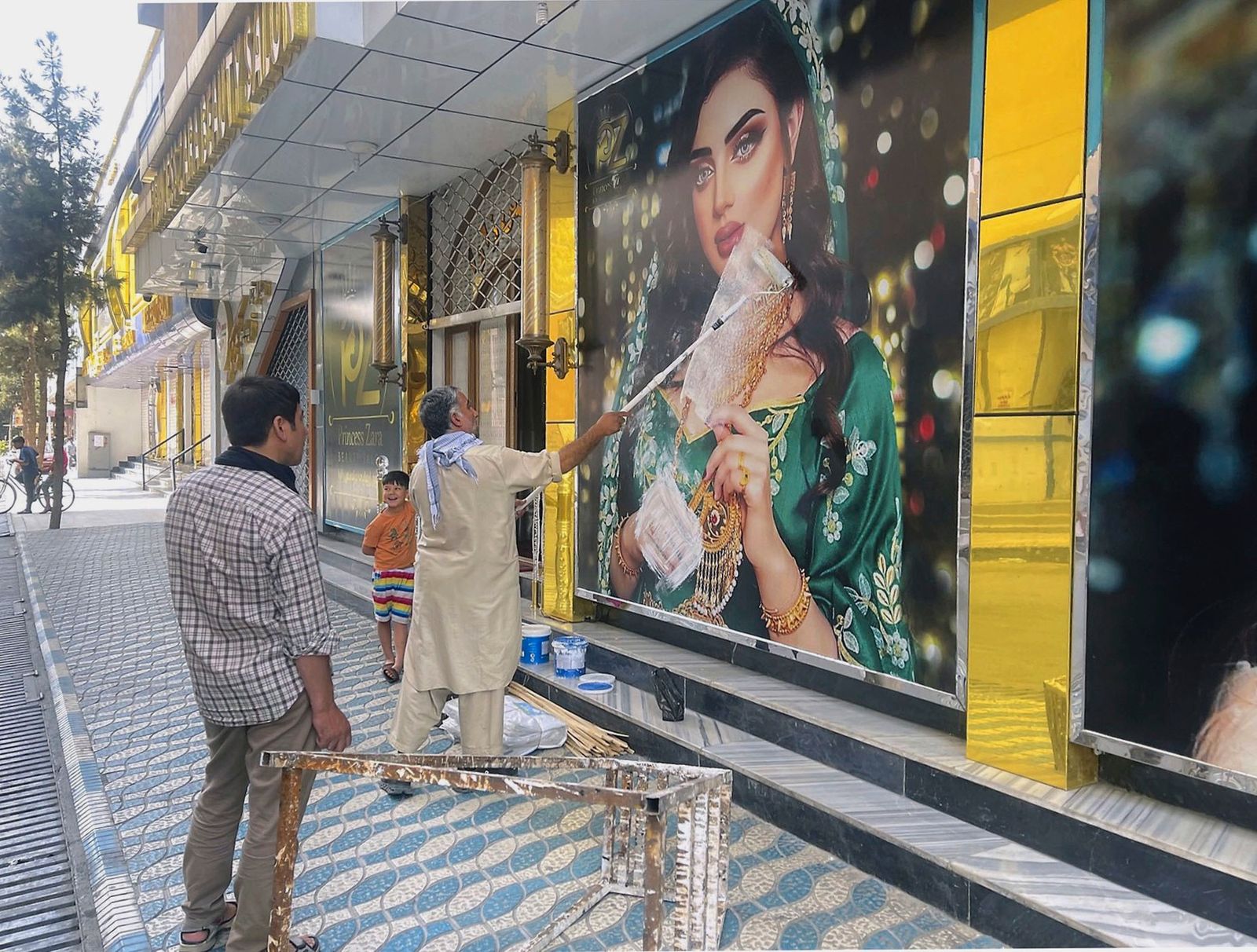