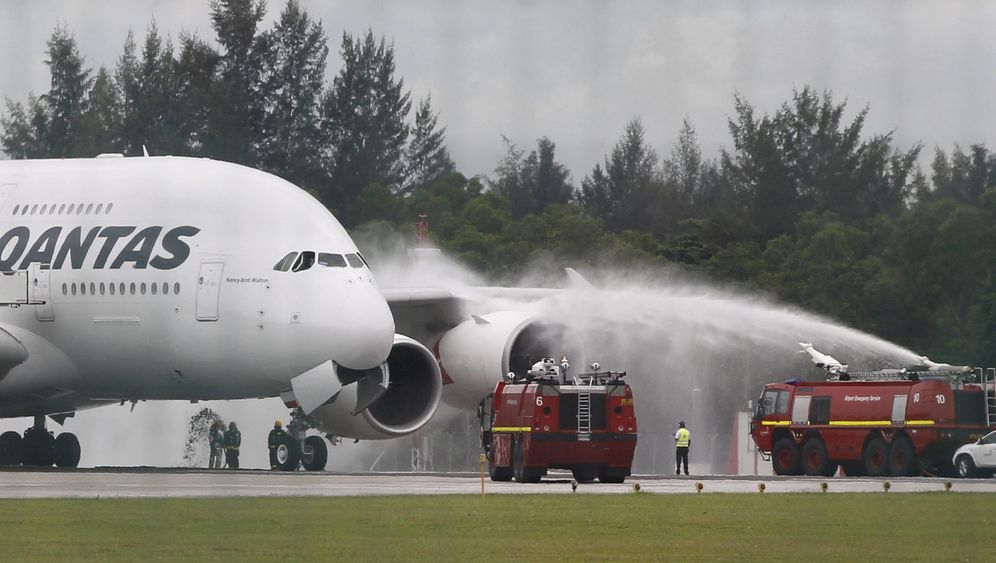 This week, though, further investigation into the type of Rolls Royce engines involved in the incident revealed a flaw that could affect all of the A380s using the Trent 900 engine. So far, European aircraft manufacturer Airbus has delivered 37 of the largest passenger jets to airlines around the world, and 20 of the aircraft use the Trent 900 engine. On Thursday, the Australian Transport and Safety Bureau (ATSB), which is leading the international investigation into the engines with help from Rolls Royce, say they had identified a "potential manufacturing defect." The ATSB's final report comes out on Friday but the bureau had wanted to publish the preliminary findings as quickly as possible for safety reasons.

There are three different builds of the Trent 900 engine and the type of build that included the cracked tube, an A type, has been removed from the Qantas fleet. The A380s that Qantas is still flying at the moment contain type B and C engine builds. A Qantas spokesperson said that the airline did not know if the manufacturing defect in the oil tube was just an isolated problem or an ongoing manufacturing defect. But the Civil Aviation Authority in Australia has issued new directions which state that the condition of the oil filler tube must now be carefully checked every two flights.

A statement issued by Qantas said that there was no immediate risk to flight safety and that there would be no further disruption to flights. However, the airline also stated it was filing a claim against Rolls Royce to "recover losses, as a result of the grounding of the A380 fleet and the operational constraints currently imposed on A380 services." Qantas had kept the company's A380s grounded for three weeks and had swapped out several engines. The potential losses could be as high as AU$60 million (€44 million) and the filing of the claim would allow Qantas to pursue the matter in court if Rolls Royce did not agree to a suitable settlement.

Only One Lufthansa Plane Affected

Shares in the British engine maker, which have been see-sawing since the Qantas emergency on Nov. 4, fell further during the first hour of trading on the London stock market.

Apart from Qantas, the only other airlines in the world with Trent 900 engines in their A380s are Singapore Airlines and Germany's Lufthansa. These airlines had already made some modifications to their A380s in compliance with a Nov. 11 directive from the European Aviation Safety Authority.

On Thursday, a Lufthansa spokesperson told the German news agency DPA that only one Lufthansa plane would be affected by the results of the Australian-led investigation. That plane was grounded at Frankfurt and awaiting a new engine from Rolls Royce. Lufthansa's flight schedule would not be disrupted and the airline did not plan to file any claims against Rolls Royce, the spokesperson said.

Singapore Airlines said Thursday morning they were conducting further checks on their A380s.