Editor's note: The following article is an excerpt from this week's SPIEGEL cover story. The facts in the story come from a database of almost 92,000 American military reports on the state of the war in Afghanistan that were obtained by the WikiLeaks website. Britain's Guardian newspaper, the New York Times and SPIEGEL have all vetted the material and reported on the contents in articles that have been researched independently of each other. All three media sources have concluded that the documents are authentic and provide an unvarnished image of the war in Afghanstan -- from the perspective of the soldiers on the ground.

The classified situation report from the "RC East" region in eastern Afghanistan at first reads like a routine transcript: "Oct. 17, 2009: At approximately 1300 ANA (Afghan National Army) received intelligence that approximately 20 insurgents were moving south of their position in the wadi (dried-out river bed). At approximately 1400 the Raven was launched, and flew directly to FB. We observed no enemy in the wadi."

But problems were then experienced with the flight of the Raven, a US military reconnaissance drone. "While making the U turn, approximately 300M from FB (Fire Base) -- the bird suddenly lost altitude and crashed," states the report, one of more than 90,000 documents on the war in Afghanistan made available by WikiLeaks.

Then the situation got hectic. "Immediately we attempted to secure a dismounted patrol from FB to secure the bird, and prepared a patrol of 6 US (soldiers) 40 ANA (Afghan soldiers) ... and requested immediate CCA (air cover) to over watch the crash site and try to get eyes on the Raven. While preparing to SP (conduct a search patrol) the ANA got cold feet and decided they did not want to do the dismounted patrol."

"We then linked up with the PMT (police mentor team) to plus us up and perform a mounted/dismounted patrol in order to recover the Raven." But officers were hesitant to move because they had "intelligence that the Raven had been shot down by insurgents, an ambush was planned in the vicinity" and the drone was already being moved via the dry river bed "to a Taliban commander's home." In the end, the soldiers did set out to search for the crashed drone, but they had to turn back because insurgents were reportedly already waiting for the opportunity to ambush the soldiers as they attempted to salvage the drone.

Indeed, the secret memos reveal that the much-vaunted drones do not work as well as is often claimed. Stanley McChrystal, the former commander of American and NATO forces in Afghanistan, has described drones as "extraordinarily effective." And CIA director Leon Panetta has even said that drones are the most important means in the war against al-Qaida.

Around 20 Predator drones are currently in a state of constant deployment in Afghanistan's mountainous territory, twice the number as last year. They can remain in the air for as long as 20 hours and they can strike without warning -- when, for example, Western troops are caught in firefights with insurgents or when militants are observed trying to lay improvised explosive devices (IEDs).

Each MQ-9 Reaper model can be equipped with four 50-kilogram (110 pounds) Hellfire missiles as well as four 500-pound bombs. They locate their targets using lasers and GPS. The largest drone currently in operation, the Global Hawk, has a total wing span of more than 40 meters (130 feet), and its take-off weight is over 14 tons.

The American military has become increasingly reliant on these silent killers. Last year, they logged 185,000 flight hours in Iraq and Afghanistan, three times as long as in 2006. Soon, they are expected to log up to 300,000 hours per year.

But the superweapons are also prone to problems. The US Department of Defense accident reports show that system failures, computer glitches and human errors are common occurrences during drone missions. 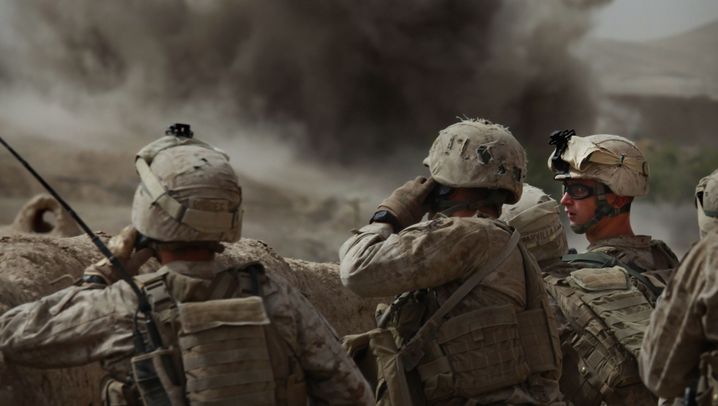 The previously classified documents released by WikiLeaks include repeated reports of crashes and technical problems, like one dated Nov. 20, 2008, in which a Predator equipped with a Hellfire rocket on board crashed on the airfield in Kandahar, forcing the temporary closure of the airport.

On Dec. 27, 2008, Task Force Currahee received a report from the drone's remote control operators that a Shadow drone, identified as "Tail #2086," was having engine trouble -- and its temperature had spiked. The drone was unable to maintain its proper altitude during the approach for landing at the Ghazni military base and it had to make an emergency landing 3.5 kilometers (2.2 miles) away.

But it's not just the loss of valuable equipment that concerns the American military. The smaller reconnaissance drones, in particular, are packed with highly complex computer electronics. They are essentially flying databases that cannot be allowed to fall into the hands of the enemy.

Several types, including the Predator, include so-called "zero-out" functions which enable their data to be deleted by remote control. But the safety system fails if the radio connection between the command center and the drone is lost.

In order to prevent the enemy from obtaining such valuable information, almost every drone crash involves a complicated salvage operation. For example, on March 11, 2009, a "quick response force went out and tried to recover the (crashed) Raven but were unsuccessful in finding it.  They continued to try to recover the Raven until the sun set. They will continue to recover the Raven at first light."

On Sept. 4, 2009, a Predator "has crashed due to suspected mechanical failure. Overwatch established." The report added that a special unit "has taken lead in the recovery of sensitive materials." The drone had been armed with a single Hellfire rocket. "At 0050, all sensitive items recovered," it added.

But not all salvage operations are so successful. When a Canadian drone crashed around three kilometers away from the military base at Masum Ghar, the soldiers attempted to quickly put together a salvage unit. But they didn't get a chance to deploy. Within 22 minutes, the drone had "been fully stripped and hauled away" by locals.

6 Bilder Photo Gallery: The War in Their Own Words