Afghanistan President Hamid Karzai has asked the German government for a renewed attempt in the difficult task of mediating peace talks with the Taliban. SPIEGEL has learned that Karzai asked German Foreign Minister Guido Westerwelle for help getting the Taliban back to the negotiating table on the sidelines of the international donor conference in Tokyo at the beginning of July.

Germany played a similar role in 2010 and 2011, operating as a discreet intermediary in a political rapprochement between the US and the Taliban Islamists. Indeed, two years ago Berlin was a key player in the only promising attempt to approach the Taliban thus far. At the time, Special Representative Michael Steiner was able to initiate exploratory talks between envoys from the Taliban and US government representatives following a lengthy process of convincing the two sides to meet without preconditions.

The delicate mission was initially successful. After several extensive checks, aimed at determining if the Taliban envoy was indeed sent by the leadership of the insurgency, Steiner organized an initial meeting between Tayyeb Agha, who is thought to be a close confidant of Taliban leader Mullah Omar, and two US representatives, one from the State Department and one from the National Security Council. The secret meeting took place at a safe house belonging to the Bundesnachrichtendienst (BND), Germany's foreign intelligence agency, in the town of Pullach just outside of Munich. The BND had been responsible for flying the Taliban emissary safely and discreetly to Munich in a private jet prior to the meeting.

Details from the meeting read like a spy novel. Following a few hours of initial talks between the declared enemies from Washington and Afghanistan, Steiner invited the Taliban representatives on a sightseeing tour of his home town. They visited a church together and he took them on a ride on a cable car. Both sides insisted on the utmost secrecy given concerns as to how people in the US and in Afghanistan might react should news of the talks get out.

The rapprochement was aimed at paving the way for talks between the Taliban, the US and, eventually, the Afghan government. With NATO and US withdrawal from Afghanistan pending, a consensus has developed among countries involved in the mission that ultimately, the insurgents will have to be reintegrated into Afghan power structures. Otherwise it is difficult to see how the country can avoid drifting into chaos.

In further meetings, Agha and the US representatives reached an initial agreement -- a kind of trust-building exercise. The US was to release five Taliban prisoners from Guantanamo while the Taliban, in exchange, was to hand over a US soldier who had been abducted in the summer of 2009. Then, the Taliban was to be allowed to open their first diplomatic representation overseas in Qatar, which would play a key role once real talks began.

By the end of 2011, the groups had met more than seven times, and the diplomatic high-wire act appeared to be working. Shortly after the Afghanistan conference in Bonn, the diplomatic mission in Qatar was to be opened, and the Red Cross had already spoken with the Taliban commanders who were imprisoned in Guantanamo. But Afghan President Karzai, who had been informed about the secret get-togethers in Munich and Qatar by Steiner, felt left out and torpedoed the agreement, criticizing the process as illegitimate. Discussion stalled just as a breakthrough appeared to be possible.

Negotiations have since failed to resume in any meaningful way. Though there have been meetings, the release of the five top Taliban commanders from Guantanamo has become more difficult from a US domestic policy perspective. The situation hasn't become easier for the Taliban, either. After the talks became public, some of the movement's commanders revolted against the potential rapprochement with the US, their arch enemy. In early 2012, the Taliban broke off contact completely.

It remains uncertain whether a second attempt could succeed. This spring, Michael Steiner, now German ambassador to India, signalled to Karzai that he thought a second secret mediation effort by Germany would be possible, but not before the US presidential election in November. Steiner also made it very clear that renewed talks could only work if Karzai, who views US activities with what has become a near paranoia, agreed to fully back the process and not to disrupt it from outside.

Berlin has declined to make any comment on Steiner's efforts or on Germany's potential role in renewed efforts to make contact with the Taliban. But in Tokyo, Westerwelle assured Karzai that Berlin was prepared to support the peace process at any time. More than any other cabinet member, Westerwelle frequently underscores that a political solution is the only way out of the current quagmire.

Afghan efforts to open a dialogue with the Taliban recently suffered a serious setback. Kabul had managed to convince a representative of the rebels to attend an informal meeting with an envoy from Karzai's so-called High Peace Council in Dubai. But the second attempt to hold talks, which also had the support of the United Nations, failed. Having caught wind of the meeting, Pakistan prevented the Taliban member from leaving the country. 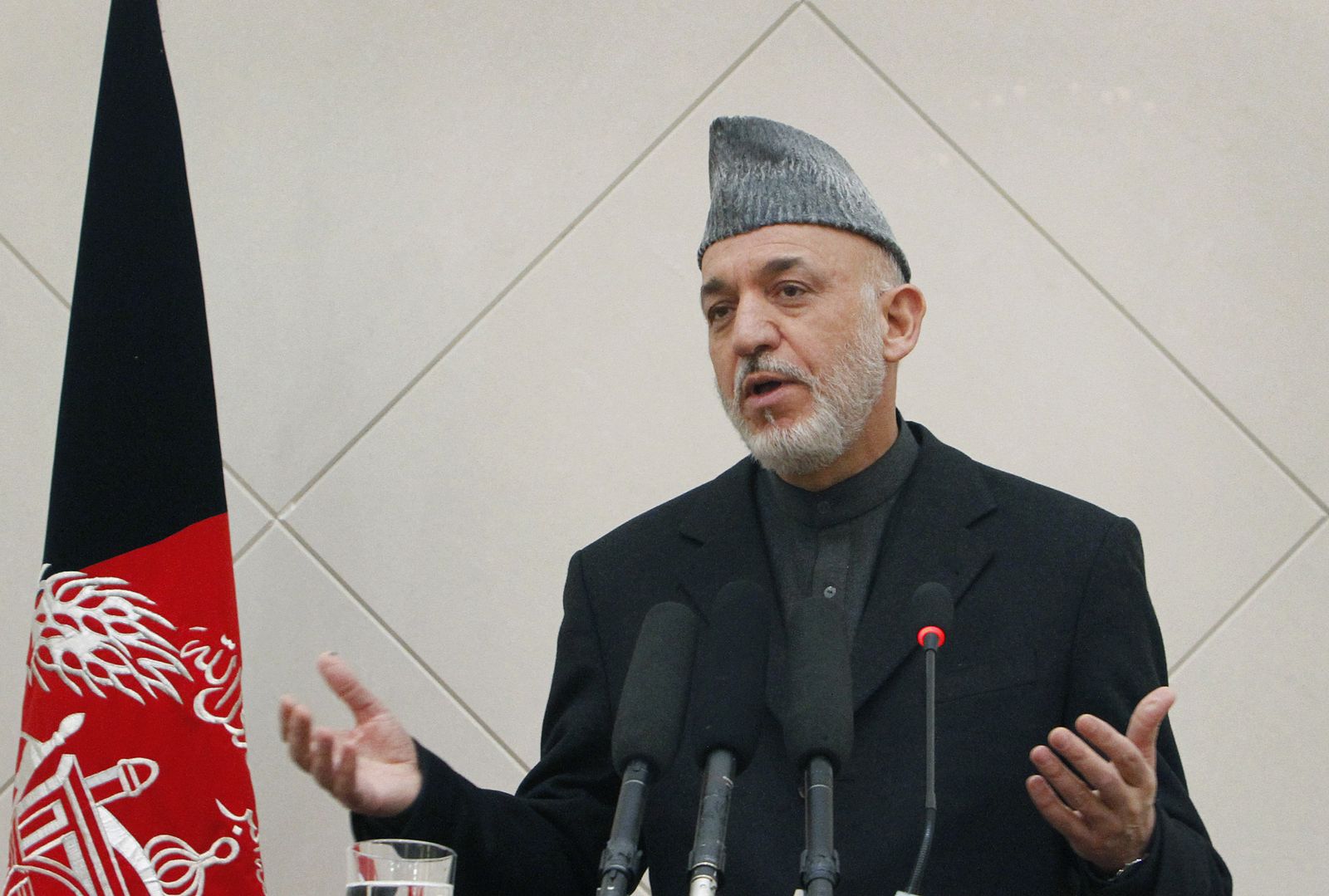